The wild inner you: How microbes invented most of what we are 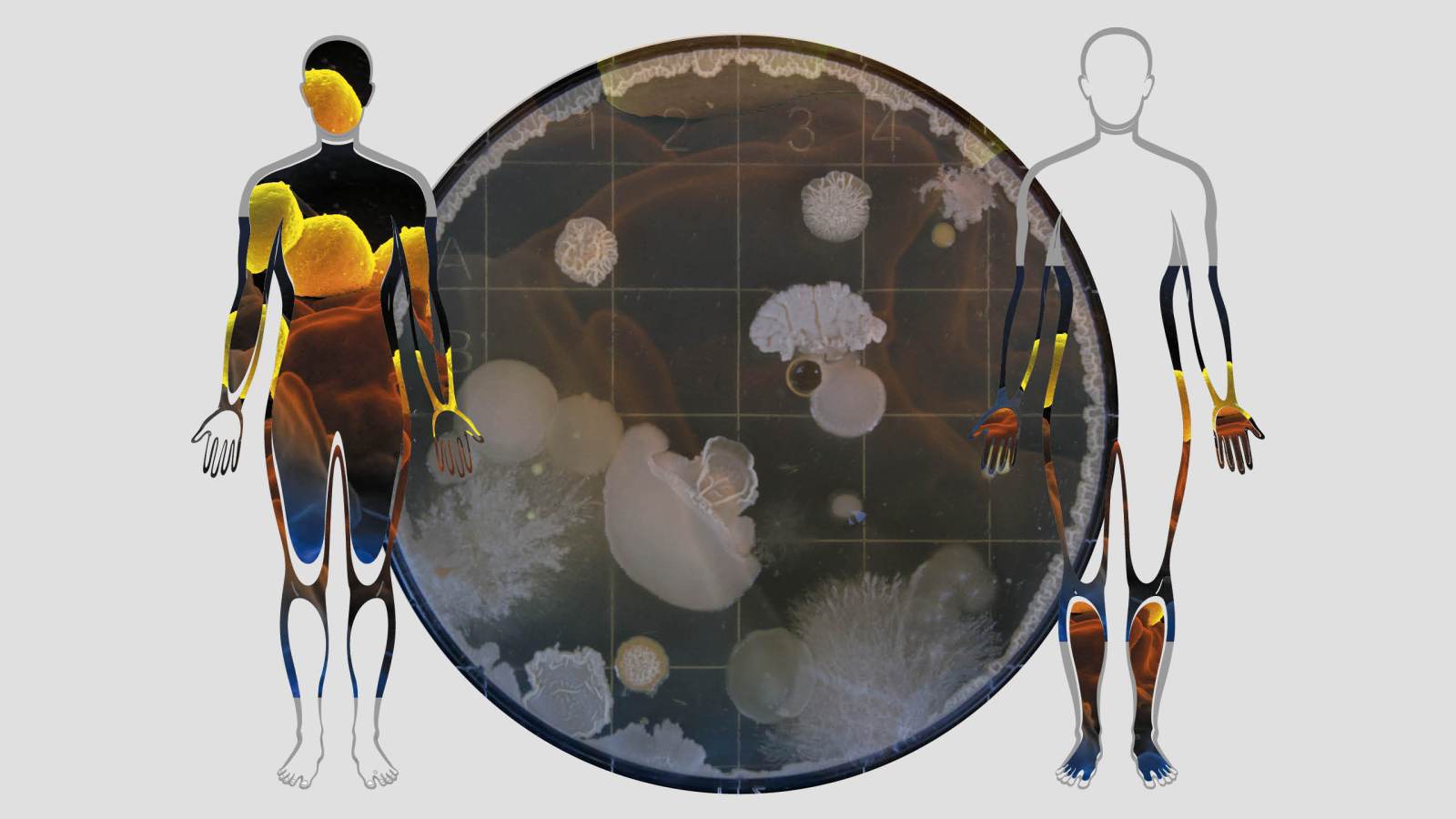 These days there can’t be many people who don’t know about nasty small things like viruses that make you sick, and malign bacteria waiting to lay them low. What is less commonly known is that most of the bugs are in you – and doing a sterling job at keeping you safe.

Until very recently humans were thought to be islands of biological efficiency, gathering oxygen, processing food and getting on with the business of living. Our cells attacked germs and kept us safe from dangerous pathogens.

In the last few years, however, researchers have discovered that we’re a social network. In fact most of what we are is not human at all, but a wacky ecosystem of microbes (bacteria, viruses, fungi and archaea) that outnumber our own DNA-inherited cells. And much of it is truly wild.

For a start, about 20% of the genetic information in your nose and half the residents in your stomach are unknown to science. It’s related to stuff that is dubbed biological dark matter. The truth is that you’re only 43% human and 56% microbial. If you want to retain a strong sense of identity, read no further.

Genetically we’re totally outgunned. The human genome – the full set of genetic instructions for a human being – is made up of around 20,000 instructions called genes. But add all the genes in our microbiome together and the figure comes out between two and 20 million microbial genes.

The reason all this wasn’t discovered years ago was because people in white coats staring into microscopes were generally looking for harmful bugs and ignored all the other stuff on their slides. The idea of benign microbes never crossed their minds. But increasingly accurate and ultra-fast gene sequencing equipment has changed all that.

“Just because microbes are foreign and we acquire them throughout our life,” writes Jennifer Ackerman in Scientific American, “doesn’t mean they’re any less a fundamental part of us.” By sequencing the genes in this microbial soup, scientists are creating a catalogue of just who we are and of the non-us bacteria called commensals.

Let me introduce you to most of what you are. Bacteria are the oldest living organisms on Earth – they’ve been around for billions of years. They’re single-celled microscopic organisms with one tiny DNA strand and reproduce by dividing. Right now there are about 10 trillion in or on you (don’t scratch).

Babies are born with their essential microbes but bacteria-free and pick up their first useful batch in the birth canal. After that the commensals come thick and fast – through mother’s first kiss, the sheets of the cot, breast milk and all the cooing relatives and friends. After that, their bacteria multiply fast.

We couldn’t survive for long without them. Your microbial soup create the enzymes necessary to make vitamin B12, convert carbohydrates in foods like potatoes, apples, oranges and wheat into usable glucose, regulate the flow of stomach acid, regulate our appetite, influence stem cells in the manufacture of fat, muscle and bone and many other things still under research.

The puzzle is why our immune system lets all this happen. You’d think it would distinguish between the body’s own cells (self) and non-self – and boot out the interlopers. Why this doesn’t happen is still a mystery.

Research at Caltech in California suggests that bacteria actually strengthen our immune system and fight infection. Some evidently prevent our bodies from mistaking “self” for “other” and attacking, causing autoimmune disorders such as Crohn’s disease. A problem, says Ackerman, is that antibiotics, useful as they are, take out the good with the bad. And one of the good bugs is Helicobacter pylori, which tells us to stop eating when we’re full, the absence of which could explain rising obesity levels.

If you think all this is odd, it gets odder.

Molecular biologist Bonnie Bassler, who teaches at Princeton University in the US, has discovered that bacteria “talk” to each other on a micro equivalent of Facebook. If your sushi suddenly starts to glow in the dark, she has the answer.

Being such simple organisms, she wanted to know how they could do anything at all. They seemed too small to have an impact on their environment – unless they acted in synchrony. Could they be communicating?

The bacteria that create marine bioluminescence seemed a good place to start. They only create light – instantly and all together – when they reach a certain density. How did they know the right moment? What Bassler found is that they talk with a chemical language, constantly sending out molecular signals. When the molecules reach a certain density, wham, they light up.

Certain shallow-water squids, she found, have pockets of these bacteria beneath them which turn on at night to prevent a moon shadow, which would alert predators to their presence. They turn off the light in daytime by ejecting most of the rapidly-multiplying bacteria, which then switch off. They’re the stealth bombers of the ocean. The switch mechanism is called quorum sensing.

This is a force for good and bad. Because the bad bacteria are so small and you’re so big, they couldn’t make you ill acting independently. So they multiply under the radar of your defence system. Then, in a private language, they send out the command to attack.

But, to be effective, they need to know what other bacteria are around. Bassler’s team went back to their microscopes and found that bacteria also have a multilingual, inter-species language, a sort of chemical Esperanto. They know who’s around them and they can count. This way they make things happen, like us for instance.

“Bacteria have been around for billions of years and humans for only a few hundred thousand,” she says. “We think they made the rules for multicelluar organisation. They can say me and can say you. That’s how our bodies work; how a heart doesn’t become a lung or skin or a brain.”

So, in a way, it’s microbes which invented most of what we are. Humans just added a few bells and whistles to become Homo sapiens.

The future of medicine, of course, would be to create language that inhibits the communication of bad bacteria and improves chatter among the good ones. Right now that’s what’s being done. The future of healthcare is about to take a quantum leap. DM/ML