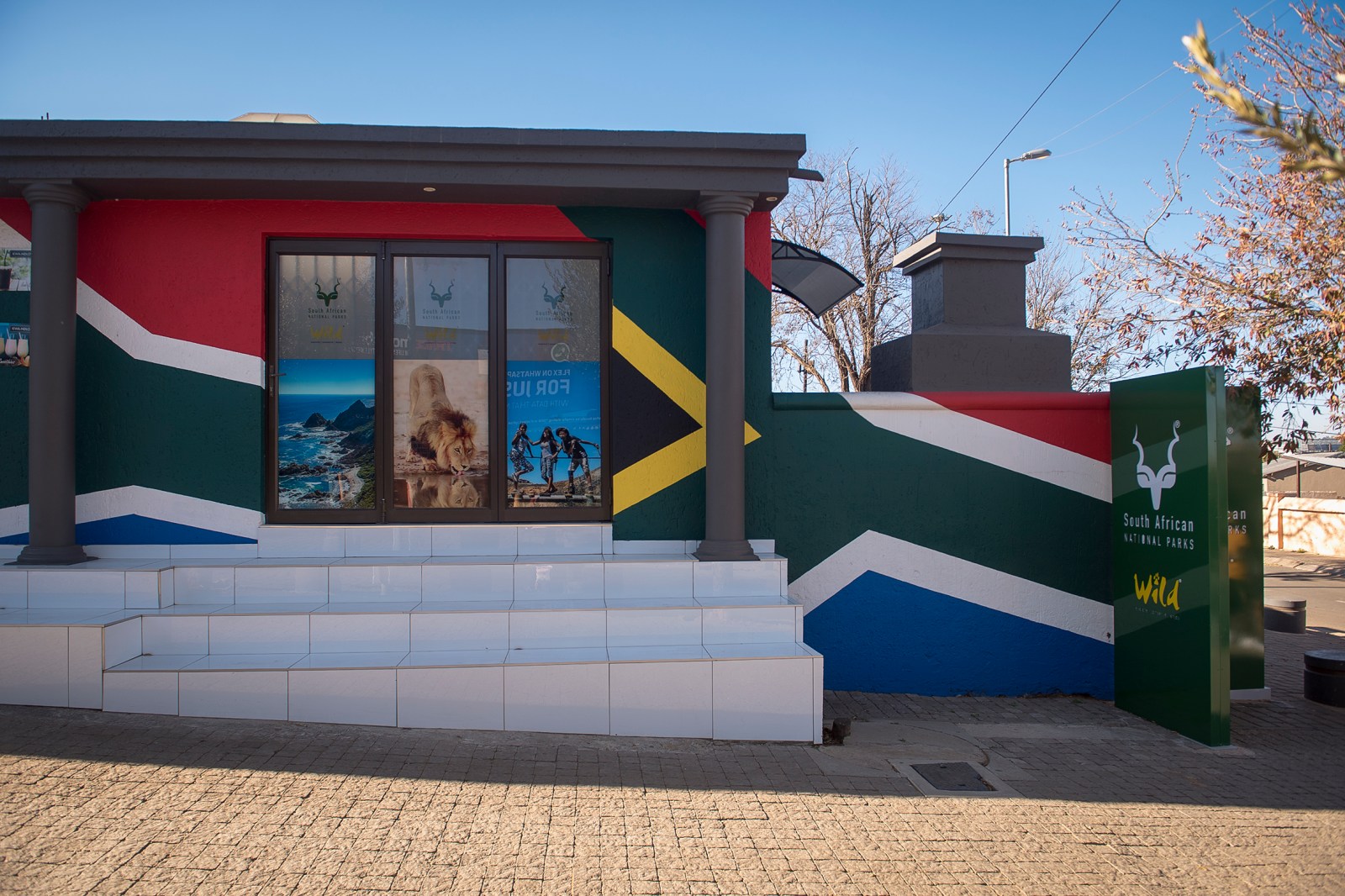 The South African National Parks tourist shop has closed its doors since the beginning of the lockdown. (Photo / Shiraaz Mohamed)

Small businesses brought to their knees by the pandemic have had to be innovative to stay alive after last month’s violent protest and looting of businesses in Gauteng and KwaZulu-Natal.

Many small businesses in Soweto, buckling under the weight of Covid-19, now have to find new ways to survive after the July unrest which claimed the lives of more than 330 people.

“We will try to revive the businesses again, but many business owners are giving up hope,” said Soweto Business Forum Deputy President Palesa Kambule.

Mantombi November, who owns a grocery store in Orange Farm, said: “It started off as a small store made of sheet metal. I’m also a hawker, so I managed to make enough money to buy the sheet metal… later I raised enough money to build a brick store. The store has survived all along until everything was looted during last month’s unrest.

“I don’t know why my shop was looted because I help the community a lot. I also allow credit for those without cash. It’s extremely painful. To think that my business was looted and ransacked by my fellow people is awfully disheartening. I am now pinning my hopes on the Soweto Exhibition [on 28 August].

“All the attention has been on bigger businesses in malls, but they neglected our spaza shops.”

For small businesses which have closed shop, the writing was always on the wall. Businesses faced closure because of the Covid-19 pandemic and for many the unrest was the last straw.

“Even before the unrest… Level 3, that killed us. Many people who had businesses last year have nothing today,” said Kambule.

Most businesses have been looking at how to survive with very little prospect of assistance from either the government or the private sector. Kambule said the private sector was keen to provide assistance, but had attached what she termed “tough conditions” to their offer.

Part of what the private sector was offering Soweto businesses included up to R10,000 worth of stock, with a 30% interest rate, the conditions of which were not immediately clear. They also wanted to rebrand the businesses.

“I’m not happy with the conditions attached by the private sector,” said Kambule. “I couldn’t advise our members to take up the offer because it was more of taking advantage of these businesses when they are at their lowest.”

The City of Johannesburg is unlikely to step in and save small businesses despite acquiring a new mayor, Jolidee Matongo.

Matongo’s spokesperson, Phindile Chauke, said: “The mayor has already indicated that he’s not bringing anything new to the city’s business plan for the remainder of the office term, but will focus on the continuation of the projects and the accelerated service delivery programme of which budget has already been approved.”

Then there is the Department of Trade, Industry and Competition’s (DTIC’s) economic recovery support interventions. R3.75-billion has been earmarked for restoration of businesses adversely affected during the unrest.

According to the department, “The aim of the financial package is to provide industrial loan support at zero interest rate to affected companies towards rebuilding of infrastructure, including equipment, fittings for the premises, stock and working capital.”

Small businesses under the Soweto Business Forum have argued that the DTIC’s financial package does not include them. When asked how the DTIC sought to assist affected small businesses, DTIC spokesperson Loyiso Jantjies told Daily Maverick he was unable to give details as he was attending a family funeral. He did, however, share the department’s statement on economic rebuilding packages.

Despite the hardship, some small businesses in Soweto are resilient.

“It’s been pretty tough. The unrest set us further back from where the Covid-19 pandemic has left off. During the period of the unrest, people were uneasy to go out to eat. They preferred remaining at home until things calmed down,” said Sakhumzi Maqubela, the owner of Sakhumzi restaurant in Soweto.

Maqubela said he had to close the business during the three weeks of the unrest and its aftermath. During that time, he gave the place a facelift.

“We had to think fast and we started doing a bit of renovations on the business during the period of the unrest.

“We were lucky because the business was not looted,” said Maqubela. “Things will return to normal. We are lucky because we are selling an exclusive Soweto experience. People want to go out and eat uMngqusho – traditional samp and beans, dumplings, pap, mogodu… people want breaks from pizzas and pastas.”

Daily Maverick also reached out to Fair Price, whose Protea Gardens store was one of the first to be looted in the area. Speaking on behalf of the store, Mohamed Hansa said they had lost all their stock. He said he could not imagine the effects on small suppliers who supplied them with stock. Hansa said reopening the store would depend on when and if the insurer paid out.

To revive businesses the Soweto Business Forum tried to host an exhibition on 19 June.

“At that time the country was also unfortunately moved to Level 3 of the Covid-19 lockdown and we had to postpone the exhibition. The postponement broke the hope of the surviving business owners,” said Kambule.

Kambule said the exhibition would now be held on 28 August and invited all business owners to take part in the business revival effort.

“When the unrest started in July, it ruined many businesses, especially small businesses – what was not captured by the media is that other than malls, small businesses were also looted. There are spaza shops that were looted… South African-owned spaza shops,” added Kambule. DM