Man on a mission: Acting CEO William Hlakoane is ‘up for the challenge’ of fixing Denel 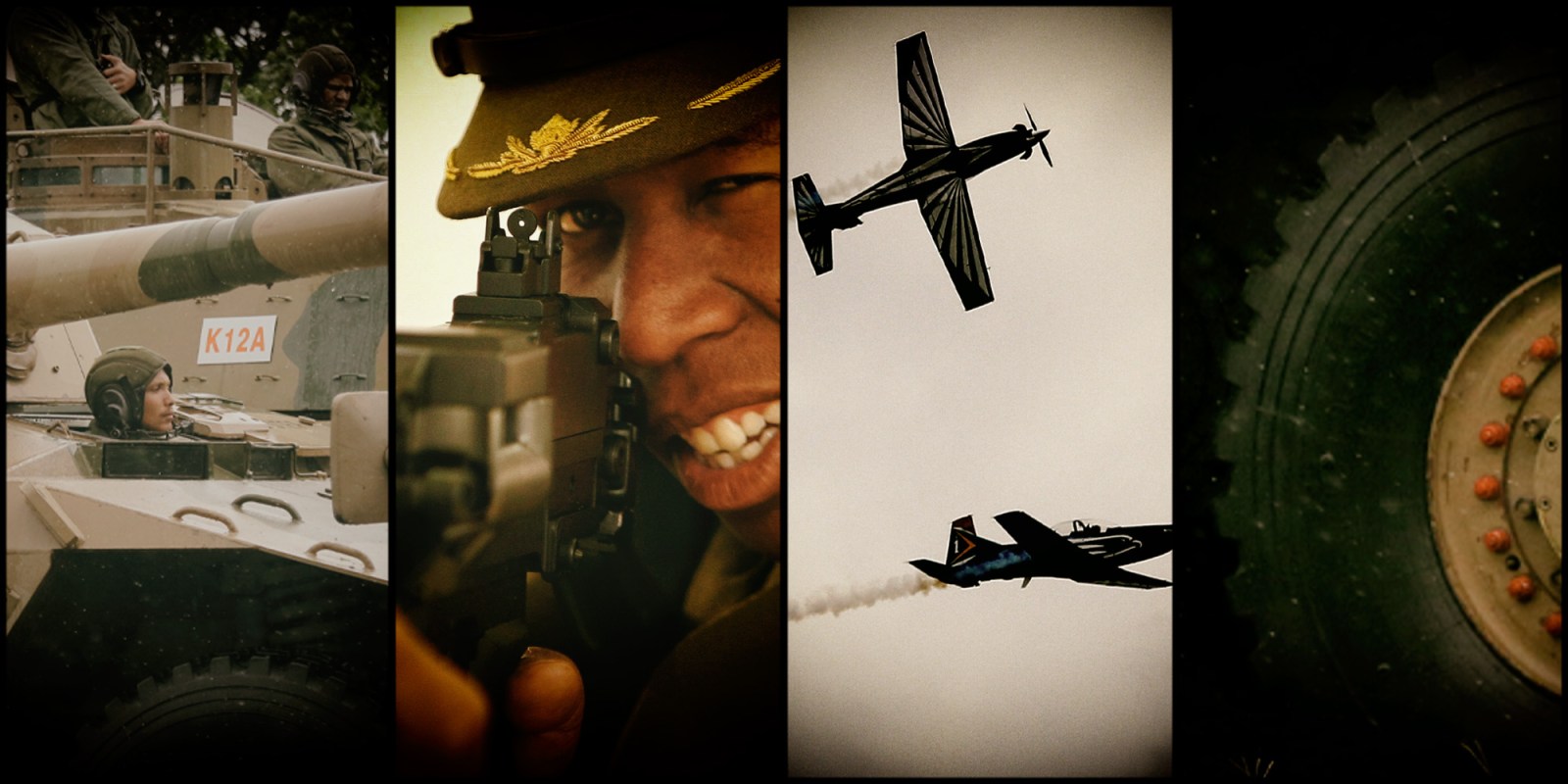 An interview with the acting CEO of Denel, SA’s state-owned weapons and defence systems manufacturer that is facing a financial crisis so daunting that it cannot pay its more than 3,000 workers full salaries, debt amounting to more than R3bn, or honour customer orders.

William Hlakoane, who accepted the job of acting Denel CEO six months ago, takes umbrage at suggestions that saving the state-owned arms company from collapse is a waste of time, effort, and importantly, money belonging to SA taxpayers.

While Denel is not Eskom – a monopoly that the economy depends on for the supply of electricity even though it’s not reliable – Hlakoane believes that the permanent closure of Denel would be devastating for SA’s engineering excellence and innovation that cannot be replaced if lost.

At a basic level, Denel manufactures armour-protected vehicles, air-to-air missiles, stand-off weapons, and ammunition that go with them. These are manufactured in SA and exported to richer and more advanced countries — even those that are involved in armed conflict.

Its armoured vehicle technology has been instrumental in the development and regular maintenance of the MeerKAT and Square Kilometre Array radio telescopes — two global astronomy projects that are important for understanding the beginnings of the universe. Denel has been involved in the maintenance and testing of components of the radio telescopes over many years.

The frequency-hopping spectrum radios that are developed by Denel for military purposes also feature in set-top boxes, which provide television entertainment for many households in SA.

Denel also manufactures the Rooivalk, an assault helicopter platform that is used by the South African National Defence Force and is world-renowned for its quality and innovation. The world’s two largest aircraft manufacturers, Airbus and Boeing, still draw inspiration and knowledge from Denel’s Rooivalk project for their aircraft components.

“You cannot do away with Denel because the Rooivalk is also working in the DRC and Mozambique,” said Hlakoane during a Business Maverick interview.

“We have the intellectual property and Denel provides maintenance services for the Rooivalk. Who is going to maintain them if we are gone?”

It is a valid question, but one that Denel cannot answer, because it is currently not a reliable supplier of maintenance services. Denel is facing a financial crisis so daunting that it cannot market its equipment or innovation to the world, and it is falling behind on fulfilling orders from its customers.

Since April 2020, Denel has not been able to pay full salaries to its more than 3,000 workers. The debt for outstanding worker salaries is at least R500-million and counting. Hlakoane and other members of Denel’s executive management are also not receiving full salaries.

“When I go to bed, I think about people who are not being paid and wonder about how they are feeling. It is a sad situation we find ourselves in.

“We can be emotional and not do anything or roll up our sleeves and find ways to solve these problems. Every week I sit with the executives of the different Denel divisions and try to find ways to pay salaries. But, so far, we haven’t been successful.”

Denel, like other state-owned enterprises (SOEs), was a site of State Capture as members of the Gupta family meddled in its operations, placing compromised individuals on the company’s board and executive management. This paved the way for Denel to be mismanaged.

About Hlakoane and his turnaround strategy

Hlakoane has been appointed as the Denel acting CEO to turn its fortunes around, becoming the fourth CEO at the company since 2019. Hlakoane, who joined Denel as a chief operating officer two years ago but was thrown into the acting CEO role after Talib Sadik didn’t renew his contract, has an impressive CV.

He is a qualified mechanical engineer with more than two decades of experience in rail, transport, logistics, energy, mining, and defence industries. He could easily be snapped up by other successful firms. Asked why he decided to accept the acting CEO role when Denel is on the edge of the precipice, Hlakoane said he owes his decision to “national duty”.

“I cannot stand back and watch an SOE go down the drain. I have to stand up and be counted among the people that helped an SOE to survive. I am up for the challenge of fixing Denel,” he said.

Hlakoane has been an avid chess player since his formative years and plans to apply the problem-solving approach of the game to Denel.

“It’s a personal mission for me to fix Denel and help it return to its former glory.” But it will be a while before he declares “checkmate” on halting Denel’s decline.

Hlakoane has a turnaround strategy that he believes can help return Denel to profitability and make it become a sustainable business within five years. Hlakoane was challenged by Public Enterprises Minister Pravin Gordhan, the sole shareholder of Denel, to come up with a turnaround strategy within a week.

The five-year turnaround strategy is mainly based on cutting costs at Denel, as 60% of its cost base goes towards compensating workers.  To reduce costs, Hlakoane wants to eliminate redundancies across the Denel group by reducing its business divisions from six (Denel Aeronautics, Denel Dynamics, Denel Land Systems, Denel Vehicle Systems, Denel Overberg Test Range, and Pretoria Metal Pressings) to two. Each of the divisions has CEOs and executives, increasing Denel’s employee compensation costs at a group level.

Hlakoane said his strategy will work because previous CEOs had focused on finding a strategic equity partner that would inject capital into Denel in exchange for shareholding, without reforming the company’s cost base.

The strategy will also involve the sale of yet-to-be-determined noncore, or unprofitable assets, which Denel conservatively estimates will realise about R1.5-billion over the next five years. But finding a buyer for the assets will be difficult because their quality has deteriorated due to neglect and Denel losing highly skilled workers in recent months as they have grown fed up with not receiving full salaries.

But for Hlakoane’s strategy to work, he wants the government to provide Denel with another bailout – over and above the R2.8-billion in financial support that it has received from SA taxpayers since 2017. Hlakoane didn’t disclose the bailout amount that Denel requires from the government for its working capital requirements and to help it pay down debt, which amounts to more than R3.5-billion including interest payments.

Hlakoane believes that Denel – with the help of a government bailout – will return to profitability because it has orders from customers over the next three years amounting to R11-billion. To honour these orders, Hlakoane said, Denel requires financial support from the government.

“Denel’s operations are different as they are tied to national security as we provide arms to the South African National Defence Force. Denel is not like SAA, which doesn’t have an intellectual property [IP] to lose. Denel has a lot of IP to lose. We have to be careful when dealing with a potential strategic equity partner.”

Gordhan has the power to change Hlakoane’s employment status from acting to permanent CEO. Hlakoane said he’s available to be a permanent Denel CEO if he is asked by Gordhan. DM/BM