Hesitation price tag: The humanitarian cost of failing to act on the climate crisis while we enter ‘code red’ 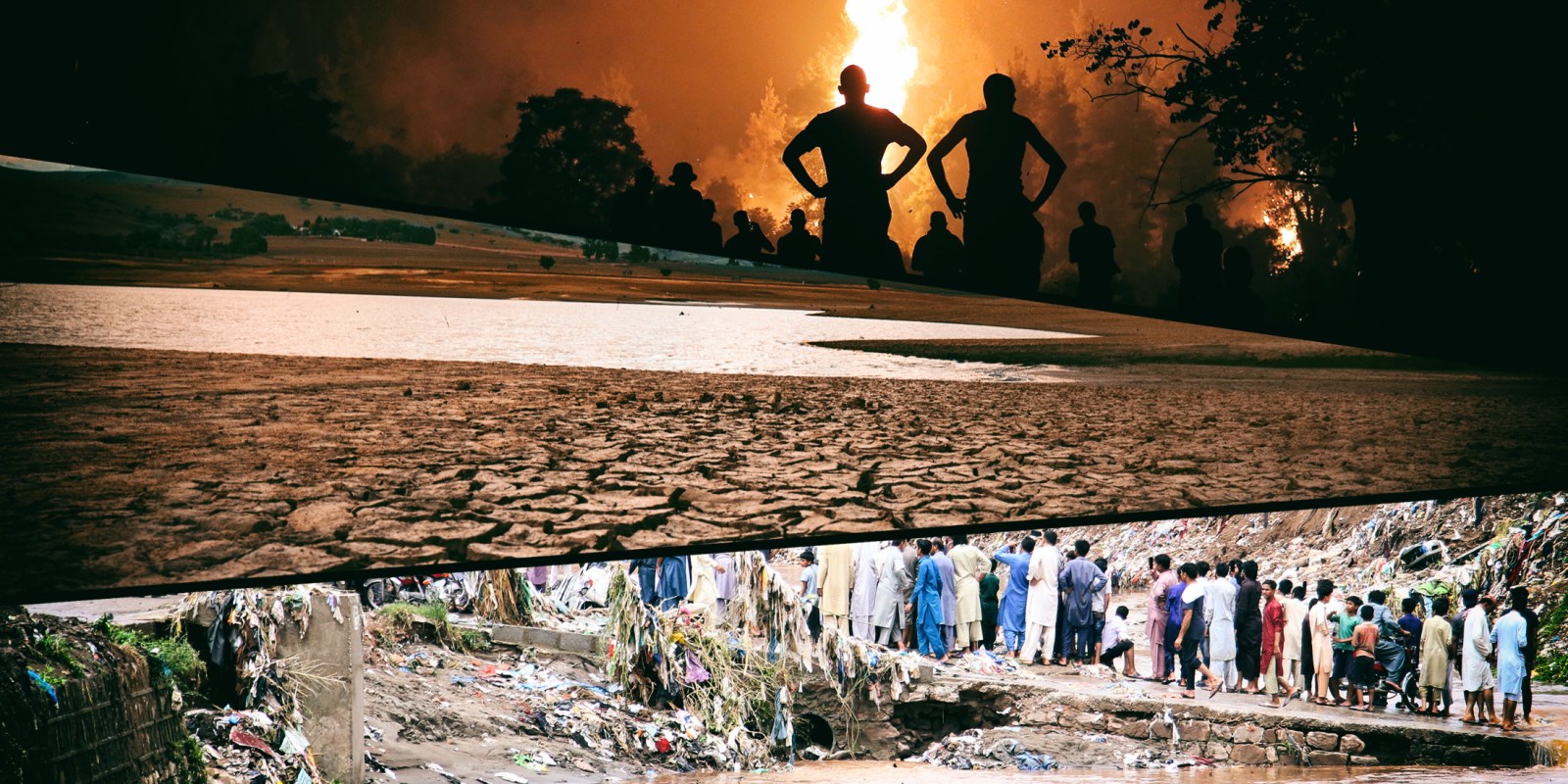 The recent IPCC report shows that more drastic steps are likely to be needed and a rethinking of life on Earth is overdue. The writing on the wall demands that the economy, politics and the consumer recalculate and press the reset button. There is a ‘code red for humanity’, as António Guterres describes our detrimental situation.

“The climate emergency is a race we are losing, but it is a race we can win.” This is how UN Secretary-General António Guterres described the situation of global climate at the Climate Action Summit 2019–2021. There could hardly be a more appropriate description.

There’s no denying that the climate crisis is a humanitarian crisis. It is by no means a future crisis: the density of global climate disasters reported in the media has drastically increased. We’ve seen the devastating forest fires in Canada, Greece and Turkey, extreme droughts in Kazakhstan and Madagascar and severe floods in Germany and India this year alone.

The 6th Assessment Report of Working Group I of the International Panel on Climate Change (IPCC) published last week indicates that climate change is already taking its toll, and it will increase as long as there is minimal-ambition climate protection. Once again, the latest scientific findings show that the race for global warming is coming to a head, that time is running out, that irreversible effects have already occurred, and that climate change is therefore being felt in every corner of the Earth affecting every ecosystem and particularly the most vulnerable.

The plain truth is that planetary survival is at stake. The question remains, what does the price tag reflect for immediate action compared with continued hesitation in terms of more ambitious climate protection measures? So what is the climate crisis already costing us? Money. And human lives — paid for by every society, albeit in ongoing and disproportional inequalities.

On the occasion of this year’s World Humanitarian Day on 19 August, we would like to shed some light on the immediate economic and human costs of the climate crisis and the resulting hopes for the upcoming UN Climate Change Conference (COP26) in Glasgow in November.

For the reconstruction of areas or cities destroyed by environmental disasters alone, economists estimate costs of up to $5.4-trillion by 2070, based on the scenario that emissions will continue at the same rate as before.

If we were to achieve a 2°C climate target — ie global warming of two degrees Celsius compared to pre-industrial levels — by the end of this century, the costs would be around $1.8-trillion, as the same study by University College London and the Carbon Disclosure Project stresses.

The annual burden on health systems from air pollution due to fossil fuels is estimated by the World Health Organization (WHO) at around $5.1-trillion. Regardless of the fact that such price-precise calculations are based on different foundations and can thus turn out differently, they all allow for the same conclusion: climate protection pays off financially.

However, the human price tag is much heavier, especially for people in the global South for whom climate change has already become a tangible reality. Climate change threatens human rights not just since yesterday. It affects many people’s right to life, health, food and housing. But what does this mean in concrete terms? Even courts around the world have started considering scientific legitimacy in the interests of human rights and future generations, calling on the rule of law to prevent planetary deterioration.

Prolonged heat waves and droughts have fatal consequences for agriculture, especially in Africa. According to a new study by Oxfam, 155 million people are affected by extreme food insecurity this year, an increase of 20 million compared with last year. This is, however, not solely due to the effects of climate change; the Covid-19 pandemic and armed conflicts are exacerbating the problem.

But the latter causes could also be consequences of the climate crisis in the coming decades. The destruction of nature forces humans and animals to live in increasingly close habitats, which according to the WHO increases the risk of zoonoses (infectious diseases passing from animals to humans).

At the same time, the risk of armed conflict may increase as climate change fuels poverty, social inequality or resource scarcity — key factors in violent conflicts. Although these interactions have not yet been scientifically proven with complete clarity, they do show the complex interconnections between humanity and the climate.

The air pollution driving climate change is also making us sick. Heat leads to higher levels of pollutants in the air and thus to increased cardiovascular and respiratory diseases. For example, the risk for asthma patients increases as global warming leads to increased pollen release, as the WHO states in a special report.

Variable rainfall patterns affect the availability of clean drinking water, which can lead to dangerous diarrhoeal diseases, especially for children and weakened people. Floods also create breeding grounds for disease-carrying insects, water-borne diseases, as well as for malaria, whose incidence is likely to increase with climate change, as the WHO and the International Federation of Red Cross and Red Crescent Societies’ World Disaster Report emphasise.

So do we have to resign ourselves to paying this price now that it is clear that the Earth will inevitably become warmer and climate catastrophes will increase as a result?

After all, the effect of today’s ambitious climate measures will be a long-term one; short-term successes are not to be expected. Not necessarily, because even today’s effects can be mitigated while adaptation strategies allow us to better deal with the consequences of climate change.

For food security, this means climate-smart agriculture, efficient water-use systems, drought- and disease-resistant grain varieties, as well as storage and infrastructure systems that protect food from spoilage and facilitate its distribution. The 2011 National Climate Change Response White Paper of the South African Department of Environmental Affairs, for example, provides support for small-scale farmers to achieve that.

With regard to widespread diseases, adaptation should increasingly include research into new vaccines. Furthermore, reforestation projects and less land sealing can mitigate the damage of floods.

For climate mitigation, we need a global societal effort in that more companies produce and deliver in a climate-neutral way; more individuals buy e-cars, more consumers give up meat, more countries rely on trading in CO2 certificates and reforest forests, more companies switch to renewable energy and the end of fossil fuels.

Yet, the recent IPCC report makes it more clear than ever that more drastic steps may be needed and that rethinking life on Earth may be the only option. In fact, the writing on the wall demands that the economy, politics and the consumer recalculate and press the reset button. There is a “code red for humanity”, as Guterres describes our detrimental situation.

There are great expectations about the upcoming COP26, which must deliver much more ambitious results than its predecessors so that the world can meet the goals of the Paris Agreement. It is not only hoped that COP26 will result in the full implementation of the Paris Rulebook providing operational effect to the Paris Agreement, but will also lead to more accountability for negative impacts of emissions on people and the environment.

Ultimately, we live in a world in crisis that needs a holistic global societal effort. We can’t afford the hesitation price tag if we still want to win the race in the interest of humanity and the planet. DM

Hesitation price tag: The humanitarian cost of failing to act on the climate crisis while we enter ‘code red’