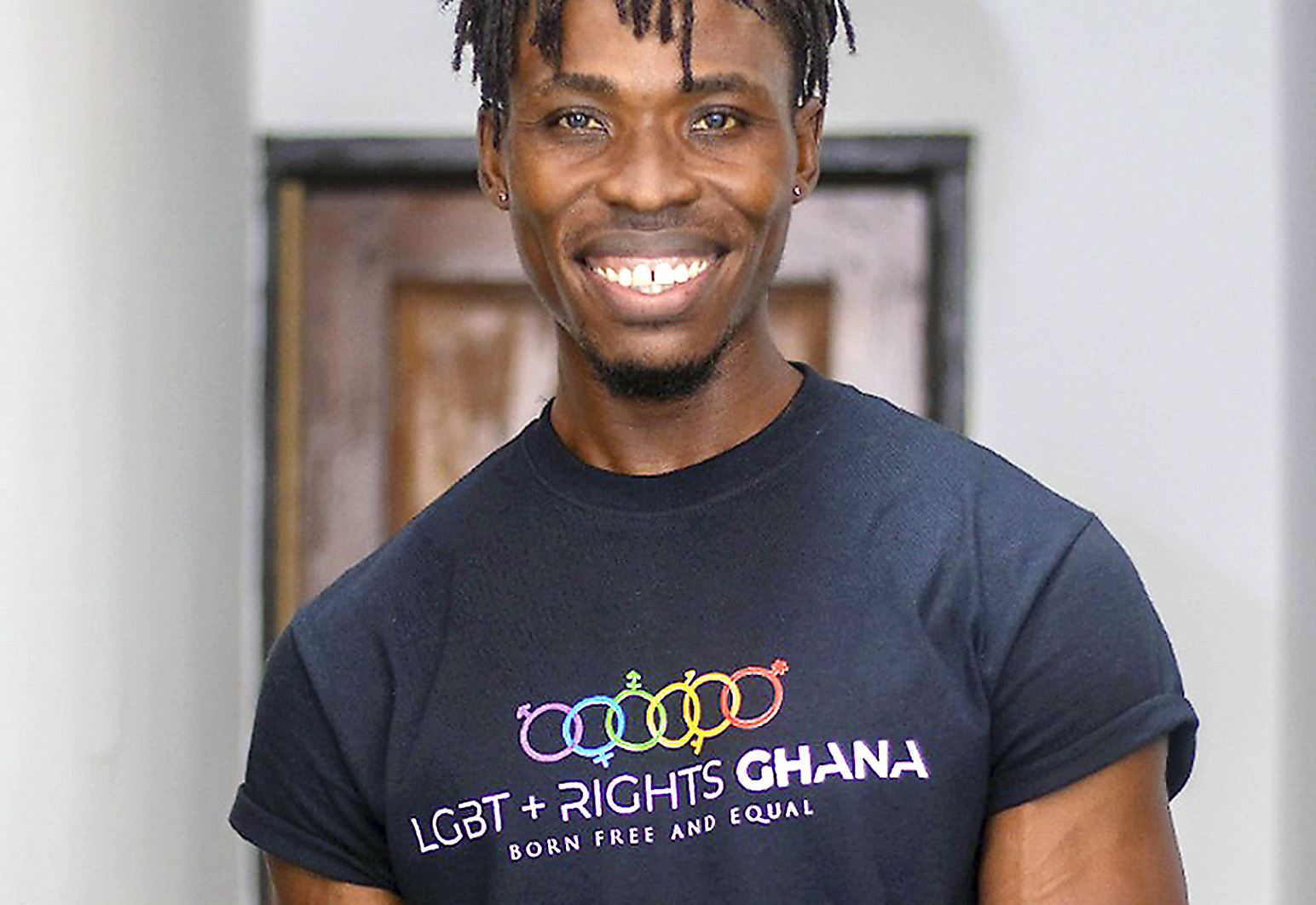 The experts had given the president a deadline to respond to their ‘grave concern’ about the bill, as activists say the MPs proposing it are puppets of far-right-wing US Christian groups pushing an agenda of hate.

Ghana’s president has ignored a letter from 10 high-profile UN human rights champions asking him to explain an anti-LGBTQI law which they describe as ‘state-sponsored discrimination and violence against LGBTQI persons’.

Meanwhile, queer Ghanaian leaders and their allies are bracing for mass arrests should the bill become law when parliament discusses it again in October.

The Promotion of Proper Human Sexual Rights and Ghanaian Family Values Bill, introduced as a private members’ bill in Ghana’s parliament by seven opposition National Democratic Congress MPs and the deputy education minister on 2 August, is one of the most wide-reaching bills aimed at controlling human sexuality and gender identity that the world has seen.

Alex Kofi Donkor, the 29-year-old director of LGBT+ Rights Ghana, describes it as “sensationalist” and “incredibly absurd for a 21st-century democratic country”.

Same-sex relationships are already illegal in the country, but the bill proposes to criminalise and imprison people simply for identifying as “LGBTTQQIAAP+”, which it defines as “lesbian, gay, bisexual, transgender, transsexual, queer, questioning, an ally, asexual or pansexual”.

It encourages surgery for intersex children to ensure their bodies align with “appropriate” genders, lists bestiality as an “LGBT activity” and refers to LGBTTQQIAAP+ people as “inhuman”, “alien” and “taboo”.

“The proposed law promotes deeply harmful practices that amount to ill-treatment and are conducive to torture, such as so-called conversion therapy and other heinous violations like unnecessary medical procedures on intersex children, and so-called corrective rape for women,” according to the 10 independent experts, all appointed by the UN Human Rights Council.

The experts include Victor Madrigal-Borloz, the UN Independent Expert on Protection against violence and discrimination based on sexual orientation and gender identity, and UN Special Rapporteurs on human rights, torture, women’s rights, freedom of association and the right to health.

They wrote to President Nana Addo Dankwa Akufo-Addo on 9 August, giving him 48 hours to respond to their “grave concern” about the bill and how it could be compatible with Ghana’s international human rights obligations, including treaties committed to reducing discrimination based on gender and sexual orientation.

Last Friday, Unaids also issued a statement in support of the experts, saying that if the bill became law it would “be a grave setback for the HIV response in driving vulnerable people further away from essential HIV treatment, care and prevention services”.

Ghana’s constitution also guarantees “fundamental human rights and freedoms of the individual” for all citizens.

‘Not an indigenous bill’

Donkor says he and other leaders of the queer community have already been “profiled” by homophobic hate groups, and is bracing himself for arrest should the bill become law.

“This is not an indigenous bill,” says Donkor. “It is not written by the eight MPs who are proposing it. They are puppets of the far right-wing US Christian groups that have failed in their own countries and are now pushing their agenda of hate in places like Ghana, Nigeria and Uganda.”

The international right-wing anti-LGBTQI agenda has been gathering momentum in Ghana for a number of years.

In 2013, religious leaders formed the National Coalition for Proper Human Sexual Rights and Family Values, saying its “sole purpose” was to provide “a focused and researched intellectual response to the growing menace of Lesbian, Gay, Bisexual and Transgender (LGBT)”.

The coalition’s leader, Moses Foh-Amoaning, and Catherine Onwioduokit, head of Family Renaissance International, are part of the World Congress of Families, formed by US and Russian far-right Christians to primarily advocate that the only acceptable family structure should be traditional, male-headed heterosexual families, and to oppose LGBT rights, abortion and, in many cases, even contraception.

Donkor attended a World Congress of Families-hosted meeting in Ghana in late 2019, where he says the rhetoric used by the US speakers is the same as that in the current bill.

“They all speak about homosexuality being a cancer that is going to corrupt and destroy your family, and that homosexuals are coming for your children.”

International speakers at the meeting included Family Watch International’s Sharon Slater, who met Akufo-Addo and addressed a breakfast meeting hosted by the speaker of parliament to lobby against “comprehensive sexuality education”, which Ghana had planned to introduce in schools at the time.

For more than a decade, Family Watch International has been coaching African leaders on how to oppose LGBTQI rights and comprehensive sexuality education at annual training sessions in the US.

The World Congress of Families and Family Watch International claim that comprehensive sexuality education promotes an “LBGT agenda”, simply because it recognises the existence of homosexuality.

Since the 2019 meeting in Accra there has been growing momentum against the queer community in Ghana.

On 31 January, LGBT+ Rights Ghana opened an office in a ceremony attended by various ambassadors. However, within three weeks the police had closed it.

“Right-wing groups used the opening of our community space to try to criminalise LGBT activities and said the bill was because we tried to open our own space, which showed we are a growing threat,” says Donkor.

In May, 21 people were arrested and charged with meeting illegally and advocating for LGBTQI activities when a workshop aimed at training paralegals and activists on how to better advocate for LGBTQI people and record human rights infringements, was raided. After weeks in prison, the charges against the 21 were finally dismissed on 5 August.

But Donkor and allies say the struggle for basic rights for LBGTQI communities is linked to an erosion of human rights in Ghana.

“The influence of international right-wing hate groups is growing in Ghana, and they need to be called out by the international community. This is not just about queer rights, but about human rights.”

When asked whether he fears arrest should the bill become law, Donkor says simply: “I fear silence in the face of injustice more than arrest. The rights of LGBTQI people are constantly violated and we are constantly discriminated against. No citizens of the world should be made to live like this.”

The Ghanaian government failed to respond to questions about the bill and the UN experts’ letter. DM/MC

Kerry Cullinan is the Africa Editor of Health Policy Watch.