Afghanistan: Taliban takeover ‘could extend war on terror by a decade’ 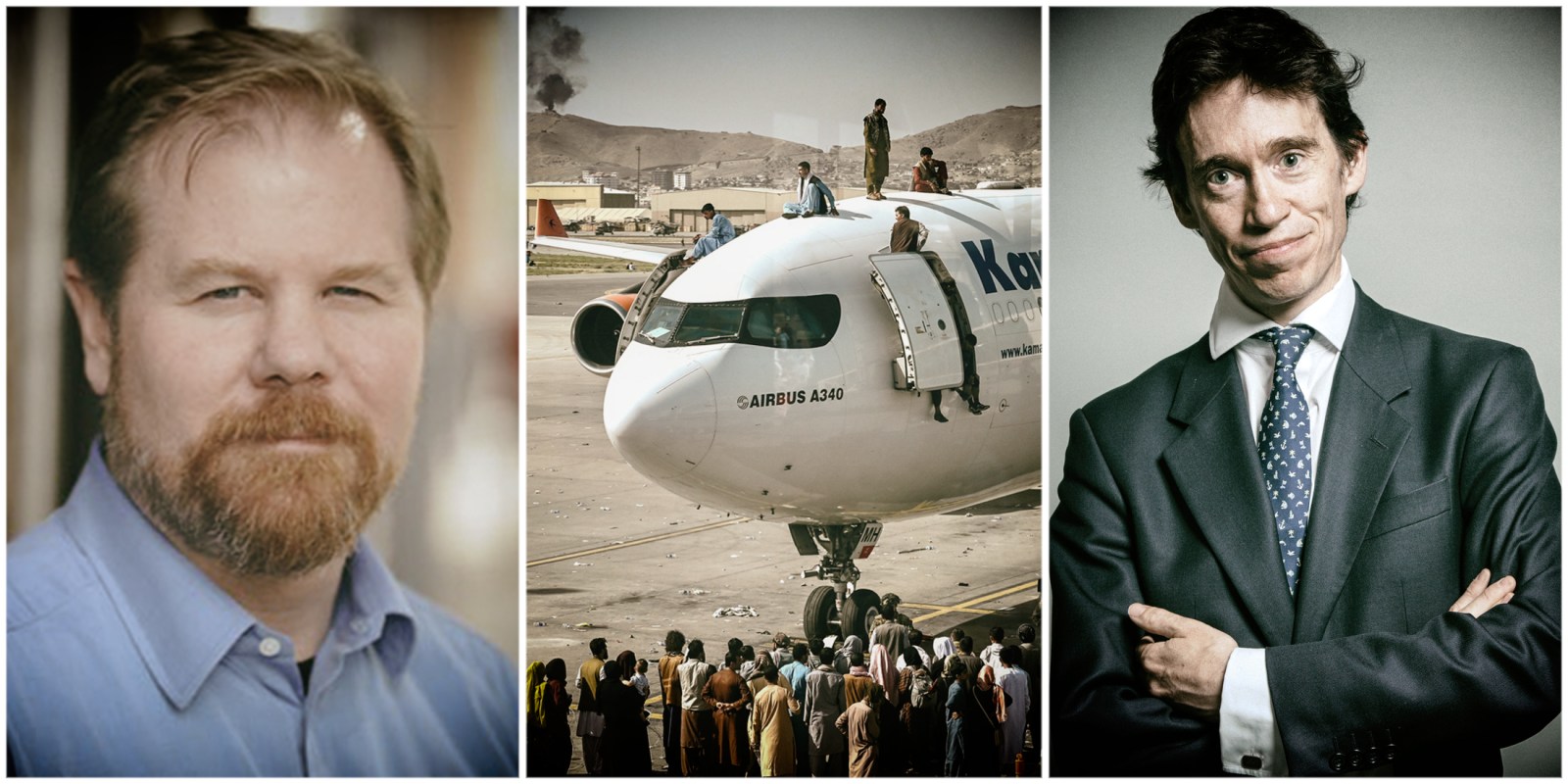 ‘The US pulled out of Bagram Air Base in the middle of the night. And literally didn’t tell their Afghan colleagues and fellow soldiers what they were doing,’ webinar hears.

Experts blame US President Joe Biden for the collapse of the Afghan state, saying he could have continued to support the government of President Ashraf Ghani at low cost and with very few casualties.

And they fear that the Taliban’s swift takeover of the country could extend the war on terror – which was just starting to fade after 20 years – by another decade.

Biden was trying to lay the blame on Ghani’s government for fleeing the country and on the Afghan army for retreating without a real battle, said Rory Stewart, former UK secretary of state for international development.

“But my view is that the blame lies squarely with the United States and its allies for withdrawing its support in reckless fashion,” he told a webinar on Wednesday organised by Daily Maverick and the Friedrich Naumann Foundation.

Stewart noted that the international operation to defeat the Taliban – the International Security Assistance Force in Afghanistan (Isaf) – had largely ceased in 2014.

And by January this year the US had only 2,500 soldiers in the country. “This was a small, eminently sustainable presence, low-risk, low-cost. And President Biden chose to pull it out. He wasn’t forced to pull it out.

“He’s beginning to suggest now he was under pressure from the Taliban and that if he’d stayed he would have had to ramp up to tens of thousands of troops and found himself in the middle of a civil war.

Stewart said the rapid US withdrawal broke the Afghan army in two ways. “It broke its technical capacity by effectively removing its airforce. That is because the US was flying most of the air operations and providing a lot of the command and control.

“But also because 16,000 US contractors were keeping the Afghan planes and helicopters and the Afghan Air Force in the air. And they were removed. Which rendered Afghan helicopters into expensive pieces of scrap metal overnight.

“But perhaps the most devastating impact of it was to the morale of the Afghan military itself, more than the capacity. The US pulled out of Bagram Air Base in the middle of the night. And literally didn’t tell their Afghan colleagues and fellow soldiers what they were doing. So the Afghan commander woke up in the morning to find the Americans literally gone.

“And that broke the system,” he concluded. “It’s remarkable what a light force – and the Taliban was a relatively light force – can do against a military that feels totally demoralised… and felt that no one was coming in to get them.”

Greg Mills, director of The Brenthurst Foundation, and David Kilcullen, former adviser to US President George W Bush’s Secretary of State Condoleeza Rice and to David Petraeus, US military commander in Afghanistan, agreed that the US and Nato could have stayed in Afghanistan at small cost and kept the Taliban at bay.

“Just because you have to maintain some military presence does not indicate failure,” Kilcullen said. Mills noted that the US still had troops in Germany 75 years after World War 2 and in South Korea 70 years after the Korean War.

Kilcullen recalled that in 1966, 21 years after the US first went into South Korea, that country still had a military dictatorship and a GDP per capita lower than the DRC’s. If the US had pulled out its 50,000 troops then, the country would have suffered “a similar catastrophic failure” as Afghanistan now.

He and Stewart were critical of the many Nato and other US allies who had also failed Afghanistan, including by not persuading the Biden administration to extend the US and international mission. Kilcullen said many other nations had joined Isaf “to earn brownie points” with the US rather than from full commitment to the mission.

Stewart said many of the politicians and generals who dealt with Afghanistan had offered “completely insane” and unrealistic scenarios about the country, either out of cynicism – to attract more military and financial resources – or naivety. The country’s development plan when he was there “could have been copied and pasted from Botswana”.

Biden in particular had “lurched from crazy optimism” – trying to achieve another Switzerland – to saying nothing could be achieved and pulling out. Both perspectives were equally wrong.

If the US and Nato had been realistic they would have aimed instead at an incremental approach, to make the country “a little more like Pakistan and a little less like the DRC”.

Kilcullen suggested the West should emulate Russia, which was withholding its recognition of the new Taliban government, pending an assessment of its behaviour.

Mills, Stewart and Kilcullen all agreed that the US and its allies had taken the wrong approach to trying to rebuild the Afghan state after toppling the Taliban, by focusing their development assistance on the most unstable areas instead of starting with the most stable areas and building out from there.

Mills recalled that when he was an adviser in Afghanistan, he had made this suggestion to a US military commander, by asking: “Do you plant a tree on Mars?” The general was nonplussed.

The analysts all agreed that the US could have negotiated with the Taliban, at least at the beginning. Kilcullen said that after the US had toppled the Taliban in 2001, Hamid Karzai, the first president of post-Taliban Afghanistan, had urged the US to bring the Taliban into negotiations in a peace conference. But US Defense Secretary Donald Rumsfeld had refused, saying the Taliban were terrorists who simply had to be defeated.

“That was like signing a World War 2 peace treaty without inviting the Germans,” Kilcullen quipped.

Stewart said that in the early days of US and Nato occupation it would have been easy to bring the Taliban into government. He said there were many horrible things about the Taliban but the US and its allies should at least have tried to negotiate with them.

Kilcullen said he believed the victory of the Taliban would extend the war on terror by at least a decade by inspiring jihadi extremists everywhere, including in Mozambique.

“What should the West do now?” Stewart asked. “This has gone beyond military solutions.”

He suggested that the international community should focus on increasing humanitarian assistance, saying the collapse of the government had been catastrophic from a humanitarian point of view. Most health clinics which had been operated by women were closed as they had fled from the Taliban, for example.

“I would caution against sanctions,” Steward added, saying this would merely exacerbate the humanitarian crisis without any impact on the Taliban. And though the results would be uncertain, the international community should reach out to the Taliban to try to negotiate some concessions, such as allowing the continuation of health aid and not sponsoring international terrorism.

Kilcullen suggested the West should emulate Russia, which was withholding its recognition of the new Taliban government, pending an assessment of its behaviour.

“We should not immediately write off the Taliban but rather try to exert some influence to prevent terrible excesses.”

“Even they realise that they can’t run the country as they did in the 1990s,” he said, noting that in the first press conference the Taliban had talked about arranging an international investor conference. This was not the Taliban of the past.

“We must give them a chance to change, but realising that might be impossible,” he said.

The Taliban have also vowed not to avenge themselves against their foes and to allow women to participate in the economy – though within the bounds of sharia law – but these assurances are yet to be tested. DM