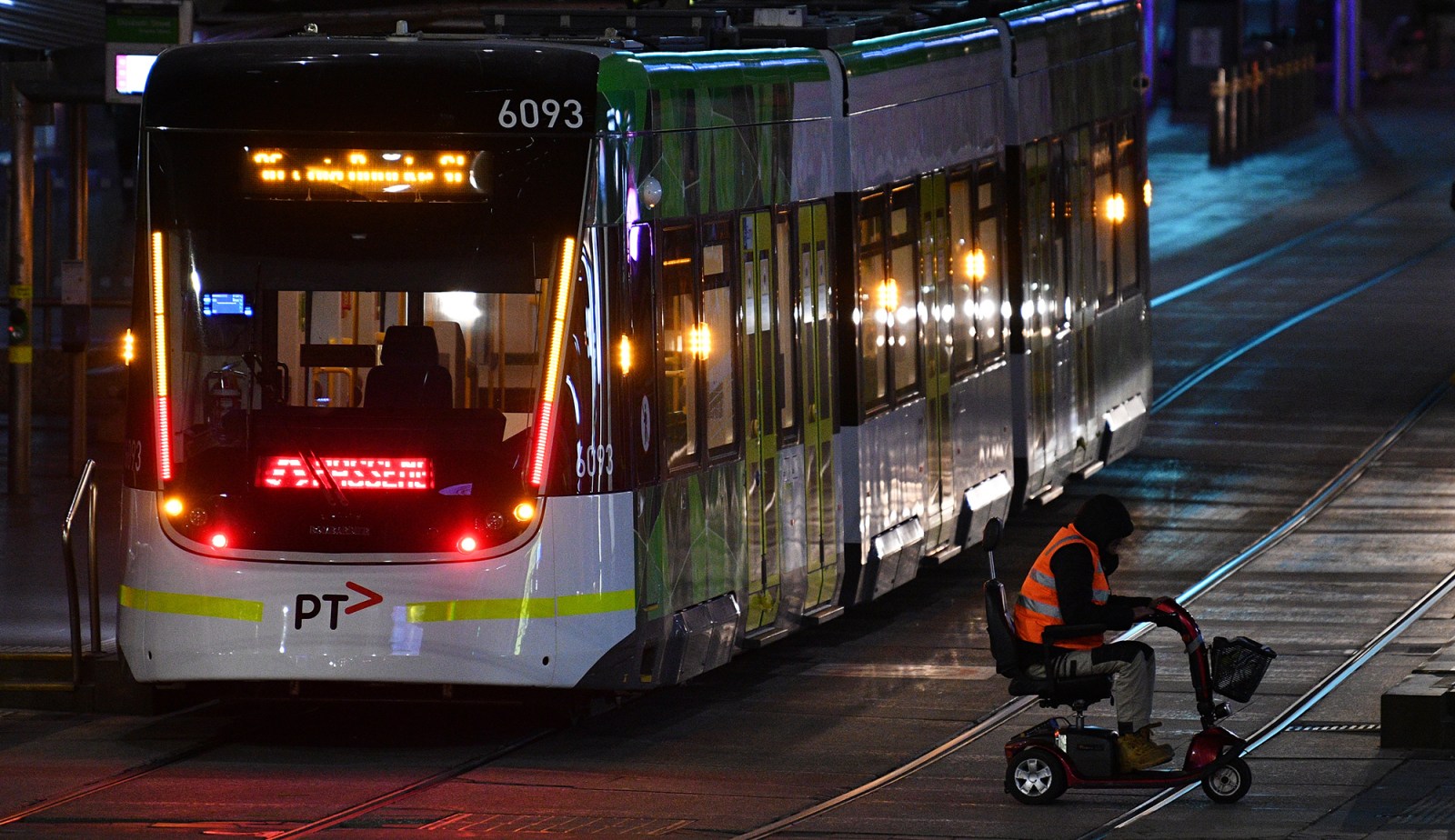 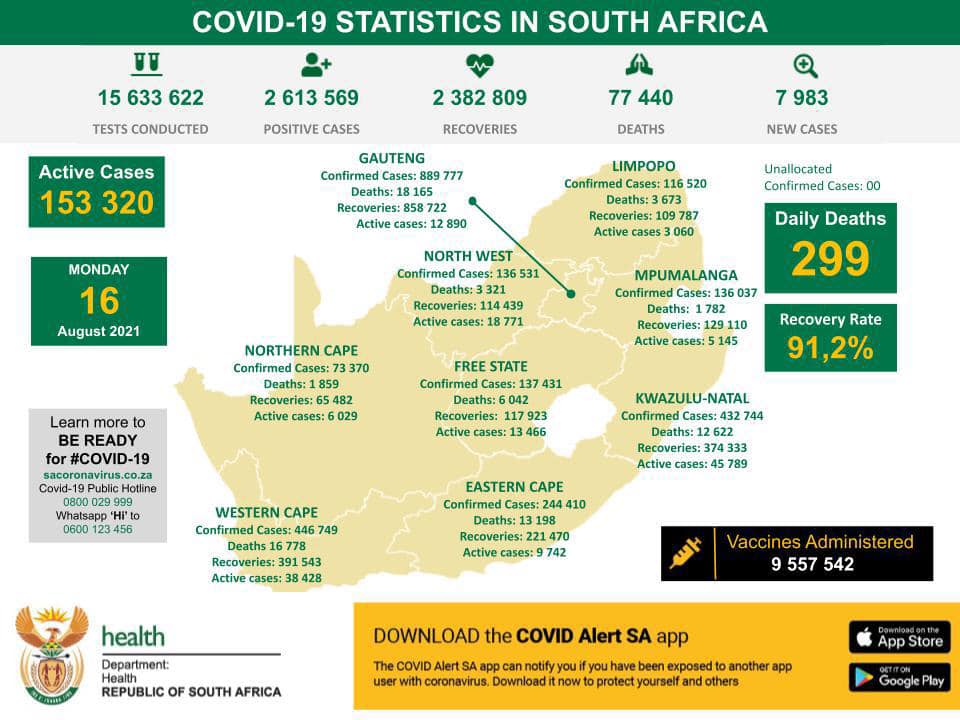 New York City’s museums and cultural institutions will require visitors and staff to be vaccinated, Mayor Bill de Blasio said. New York state mandated that all healthcare workers must have at least their first dose of a Covid vaccine by September 27.

The number of people dying with Covid-19 in hospitals is hitting previous highs in some hotspot states with low-to-average vaccination rates, upending hopes the virus has become less lethal. Hopes that the world will ever reach herd immunity against Covid-19 are fading.

Pfizer and BioNTech submitted early-stage data to US regulators showing that a third dose of their vaccine led to higher levels of protective antibodies when given eight to nine months after the initial regimen. Verizon Communications said it’s delaying its return to office for two months to November 1.

The number of people dying with Covid-19 in hospitals is hitting previous highs in some hotspot states with low-to-average vaccination rates, upending hopes the virus has become less lethal.

In Florida, an average of about 203 people a day are dying in hospital with confirmed or suspected Covid-19, matching the state’s November 2020 peak, according to US Department of Health and Human Services data. That’s a daily average of about nine per million residents, the data show.

Louisiana, Arkansas and Missouri have also seen deaths among patients with Covid-19 soar in the past two weeks.

The US Centers for Disease Control and Prevention lowered its travel advisory for India one notch to Level 2, citing a “moderate level of Covid-19”.

Verizon Communications said it’s delaying its return to office for two months to 1 November. Previously, employees were told to start coming into the office on a hybrid basis after Labor Day on 7 September.

The New York-based telecom, which has been encouraging employees to wear masks and get vaccinated, is considering whether to make the shots mandatory for all employees but didn’t give a timeframe for when it might address the issue again.

All healthcare workers in the District of Columbia must have received at least the first dose of Pfizer or Moderna vaccine, or one dose of the Johnson & Johnson shot by 30 September, Mayor Muriel Bowser said.

Pfizer and BioNTech said they have submitted Phase 1 trial data to the US Food and Drug Administration for a third dose of their Covid-19 vaccine. The companies said in a statement that people who received a third dose of their mRNA vaccine showed “a favorable safety profile and robust immune responses”.

Pfizer is tapping the US investment-grade market with a sustainability bond that will help fund Covid-19 vaccine expenses, according to a person familiar with the matter.

The note, due in 2031, may yield 0.75 percentage points above Treasuries, said the person, who asked not to be identified as the details are private.

Proceeds from the sale are marked for research and development expenses and the manufacturing and distribution of Covid-19 vaccines. The New York-based pharmaceutical company sees the vaccine bringing in $33.5-billion of revenue this year, which would make it one of the top-selling medicines ever.

New York City plans to require visitors to its museums and other cultural institutions to be vaccinated, The New York Times reported, citing an unidentified city official.

The policy will require that visitors and employees at the city’s museums, concert halls, aquariums and zoos be vaccinated, the newspaper said.

The global law-enforcement agency said the warning follows some 60 cases in 40 countries around the world where individuals in health ministries and hospitals have received offers for vaccines approved for distribution in their country.

“Usually claiming to represent a vaccine manufacturer or a government agency facilitating the distribution of vaccines, the scammers are targeting both professional and personal email accounts of potential buyers, as well as making contact via phone,” Lyon, France-based Interpol said.

More cities on Java and Bali islands will be allowed to reopen shopping malls for people who are vaccinated with capacity limits, as the government extends virus curbs until 23 August.

Indonesia will also allow some export-oriented companies to operate with 100% workforce on site using two shifts and strict health protocol, in a bid to find a way to reopen the economy without worsening its coronavirus outbreak. That programme will involve 390,000 workers.

The government is preparing roadmaps to reopen other sectors, including education and tourism, as it gears up to live with the virus for a few more years. It will focus on accelerating vaccination, stepping up testing and tracing, while enforcing mask mandates. Indonesia aims to administer 100 million total vaccine doses as of the end of the month, from 83 million so far.

J&J to require shots for all US staff

Healthcare giant Johnson & Johnson said it will require all US-based employees and contractors to be fully vaccinated against Covid-19 from 4 October. J&J has more than 40,000 employees across the US, many of whom have been critical to the development of a single-dose coronavirus vaccine. J&J added that individuals with medical conditions or other reasons not to be vaccinated will be able to seek accommodations.

J&J is “committed to following the science and to taking appropriate measures to support the health and well-being of our employees and contractors, as well as to uphold our responsibilities to the communities in which we live and work,” the company said in an emailed statement.

“As Covid-19 continues to devastate families and cause untold hardship, the data shows getting vaccinated is critical to helping end the pandemic.”

The European Union drug regulator is evaluating Roche Holding’s anti-inflammatory medicine RoActemra, with a view to extending its use to include treatment of hospitalised adult patients with severe Covid-19 who are already receiving treatment with corticosteroids and require extra oxygen or mechanical ventilation.

Early studies show that a second-generation messenger RNA Covid-19 shot from GlaxoSmithKline and CureVac looks more promising than the German vaccine maker’s first attempt. It showed a better immune response in cynomolgus macaques in a pre-clinical challenge study, the drugmakers said on Monday.

Higher levels of neutralising antibodies from the newer version were also shown against variants including Beta and Delta. Late-stage trials of CureVac’s original vaccine showed 48% efficacy, a blow to the drugmaker earlier this year. The company has said the shot provides full protection against hospitalisation and death for those under the age of 60.

The country reported 17,384 confirmed infections on Monday, the least since 23 June. One in five people tested were found to have the virus, a sign of insufficient testing. Indonesia continues to top the world’s tally of daily deaths, with 1,245 fatalities reported on Monday.

The government said it stopped using the number of deaths in formulating its pandemic policy because reporting delays mean the current situation isn’t reflected. As the number of cases and deaths ease in the most populated island of Java, the highly infectious Delta variant is spreading across the outer islands, which have less-equipped healthcare systems and lower vaccination coverage.

Thailand extended the closure of non-essential businesses and movement controls in its virus hotspots, including in Bangkok, until the Covid outbreak shows clear signs of easing. The near-lockdown measures in 29 provinces will stay at least until 31 August, according to the Centre for Covid-19 Situation Administration.

Germany’s national vaccination advisory body recommended on Monday that all 12- to 17-year-olds get vaccinated against Covid-19. The benefits of getting vaccinated outweigh the risk of very rare side effects, vaccine commission Stiko said in a statement. The move aligns the authority with official policy. The government has been offering vaccinations to youngsters since the beginning of August. DM