Returning to Marikana: Seeing that koppie where the bodies once lay was tough 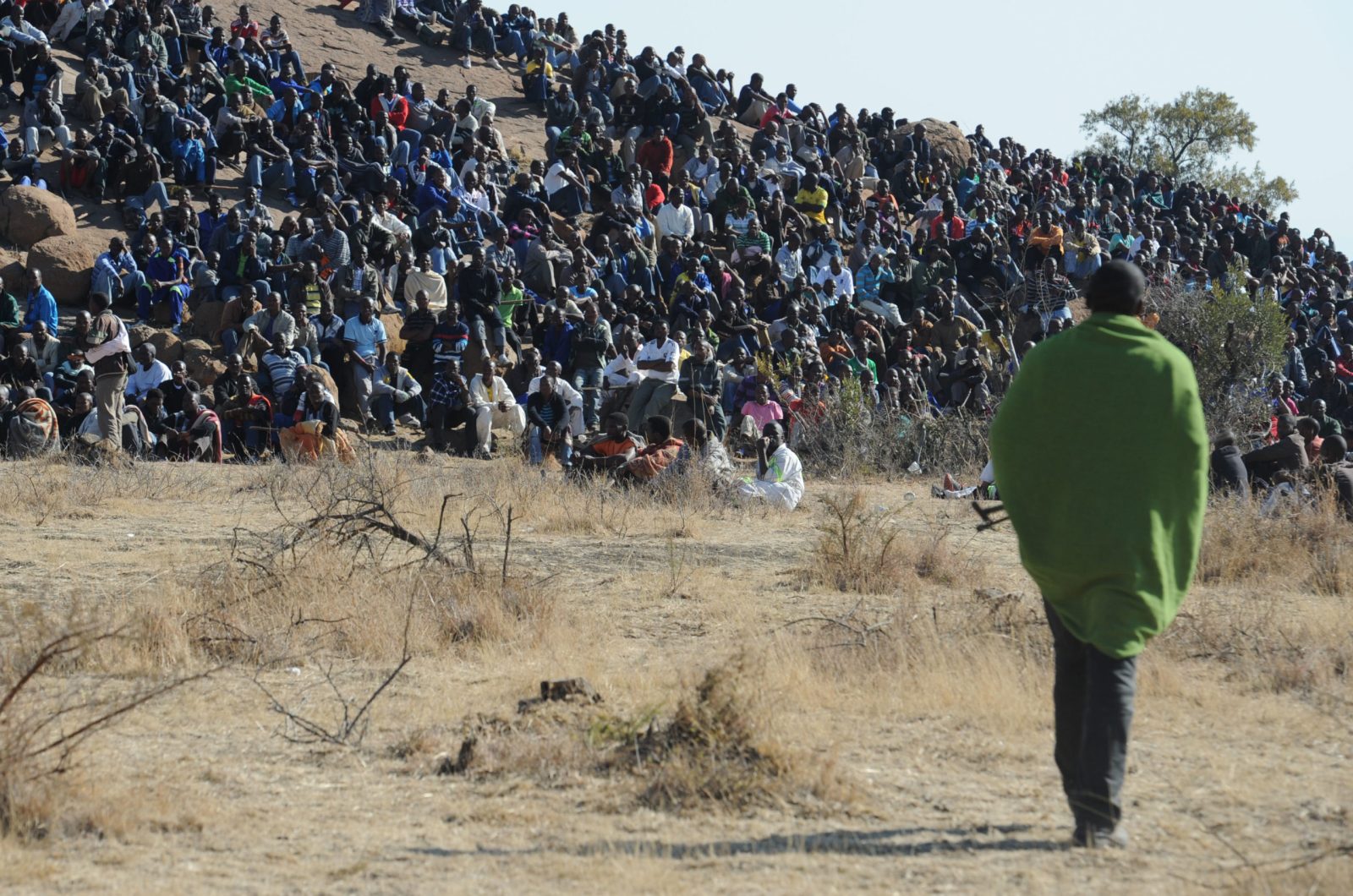 Police action during a mineworkers' strike at Marikana on 16 August 2012 ended in a bloodbath. (Photo: Felix Dlangamandla FOTO24/GAUTENG)

Photographer Felix Dlangamandla witnessed the Marikana shootings on that fateful day in August 2012. He was there in the weeks leading up to the massacre and immediately after. He returned to the scene this week.

I  have been avoiding covering the Marikana story for several years – the last time I was there was in 2015. To see death right before your eyes is not something you can easily forget, and to see the deaths of many in what felt like the blink of an eye. I cannot put into words what it felt like being there on 16 August 2012, or even in the days leading up to that moment.

Over time, I had built personal relationships with the striking miners. As a photographer, I needed them to trust me. I assured them that the photographs and stories we were writing were a true reflection of what was happening.

On the morning of 16 August, I received a call from Mgcineni “Mambush” Noki (the man in the green blanket) asking me to send two journalists to talk to him because negotiations with the police had stalled and they were unable to reach an agreement.

Less than an hour later, Noki was lying dead in a pool of blood.

Moments before the shooting, other photographers and I were with the miners. We had wanted to take close-up images of their faces, their expressions, but we decided to pull back. It was at that moment that I heard gunshots. The police began firing teargas and water cannons in our direction. Trying to find cover and choking on the teargas, I kept taking pictures.

I remember every detail of that day, even though it all happened so fast. Within moments, people we had been talking to were lying in pools of blood. Some were wounded, others were dead.

Since then, every time there are incidents of police brutality at protests in South Africa, we are reminded of what happened in Marikana.

I thought I had buried the emotional impact of that day until this Monday, 16 August 2021, when I covered a service to commemorate those who were killed. Returning there and seeing that koppie, I tried hard to block out, in my mind and my heart, the pain and horror of that day.

Thirty-four wreaths were laid at two locations where the miners’ bodies were found. I paused at the second spot, after other journalists and mourners had walked away, overcome with emotion… overwhelmed by the memories of that terrible day.

I wish it had never happened. I wish these families still had their fathers, husbands and sons. DM