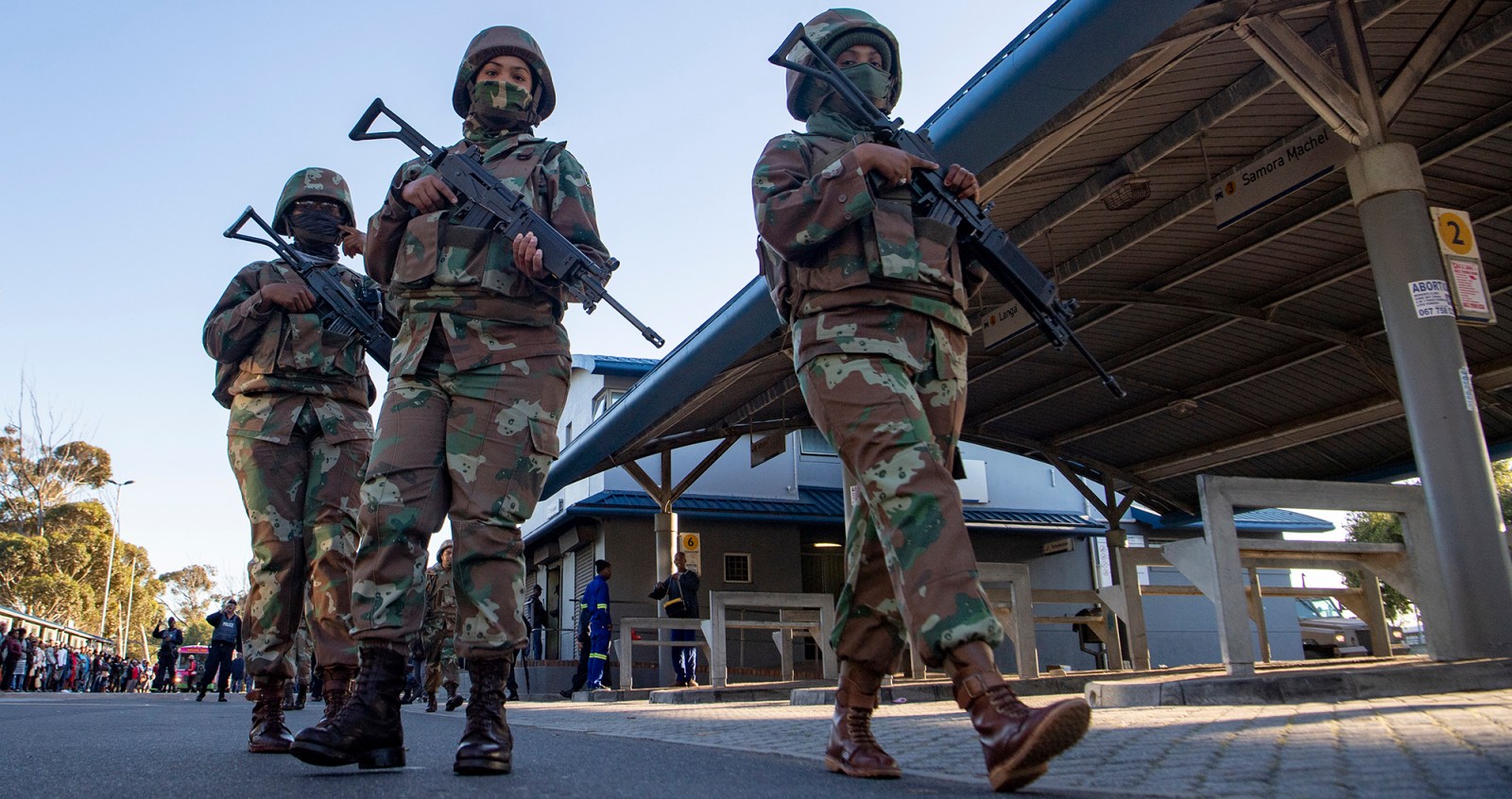 The Supreme Court of Appeal has ruled that when it comes to the SANDF, the older a person is when first recruited, the shorter the time they can serve as combat-ready soldiers. Too many soldiers in the junior ranks are simply getting too old, which compromises the defence force’s capacity to protect and defend.

This matter centred around the South African Navy’s military skills development system (MSDS), which is used by the South African National Defence Force to select people for training. The Tebeila Institute of Leadership, Education, Governance and Training challenged the age requirements.

Under the MSDS, applicants who would serve in a combat role are required to be between 18 and 22, having completed Grade 12 with mathematics and physical science, with at least level 3 in both subjects. Graduate applicants are required to be between 18 and 26 years of age, having completed Grade 12 and holding a degree, national diploma or a trade test certificate in mechanical, marine or electrical engineering.

Tebeila challenged the age requirement, not on the basis of the educational requirements, but rather on the age eligibility. Tebeila’s challenge was based on three grounds:

Tebeila’s challenge prevailed in the High Court, which held that the age requirements constitute unfair discrimination and that they deprive young people, who battle to finish their degrees or diplomas between the ages of 18 and 26, the opportunity to be trained as soldiers under the MSDS, and that such a deprivation is unfair discrimination.

On appeal to the SCA, the SA National Defence Force and Navy (the appellants) contended that the age requirements do not constitute unfair discrimination. They submitted that:

Tebeila argued that the age requirements were arbitrary and irrational because they excluded the majority of young people – those aged 26 to 35 – and that their wholesale exclusion constitutes unfair discrimination by denying young people over the age of 26 the opportunity to enter the military, and exacerbates the problem of youth unemployment.

The appellants stated that MSDS imposes age requirements so as to train recruits who are young, fit and healthy. These recruits may also be deployed with less concern for family commitments.

Tebeila accepted it is a legitimate purpose for the Defence Force to recruit people who are young, fit and healthy, but that these attributes are also to be found in people up to the age of 35, and to exclude them from consideration is arbitrary and unfair. Tebeila further asserted that, in South Africa, people aged 16-35 are considered young.

The SCA concluded that the duty of the SA National Defence Force is to defend and protect South Africa. To do so, it must be combat-ready and this requires soldiers who may be readily deployed. It held that older recruits have young families with attendant responsibilities, and that they are more area-bound and less amenable to lengthy and stressful deployments away from home, and that these considerations support the age requirements.

The SCA further held that Tebeila’s challenge failed to properly reckon with the age profile of the ranks making up the defence force. It concluded that the older a person is when first recruited, the shorter the time that they may serve as soldiers who are combat-ready – a core competence that the defence force must have. The SCA held this was precisely the problem the MSDS was meant to address, because too many serving soldiers in the junior ranks were simply getting too old, which compromised the capacity of the defence force to protect and defend.

Tebeila argued that if an applicant is fit, unattached, willing to be subjected to unpredictable deployment and otherwise qualified, why should the fact that they are aged 27-35 preclude them from consideration?

The SCA accepted that there may be persons older than 26 years who would make good soldiers. This, however, does not render the threshold arbitrary or unfair. As long as the age requirements are imposed for reasons that bear rational scrutiny, then the requirements are not arbitrary or unfair merely because there are persons of merit who are excluded.

This decision highlights that it is permissible for an employer to have in place age requirements for hiring certain employees for a particular job, provided that the age requirements are imposed for reasons that bear rational scrutiny and can withstand the constitutional standard of unfair discrimination.

Employers may similarly already have in place age requirements for other purposes, such as providing certain benefits to a certain age class of employees or imposing age requirements pertaining to retirement age.

Employers need to tread carefully and ensure that any age requirements imposed are rationally connected to the purpose for which they have been prescribed, and that they can withstand the constitutional standard of unfair discrimination. DM