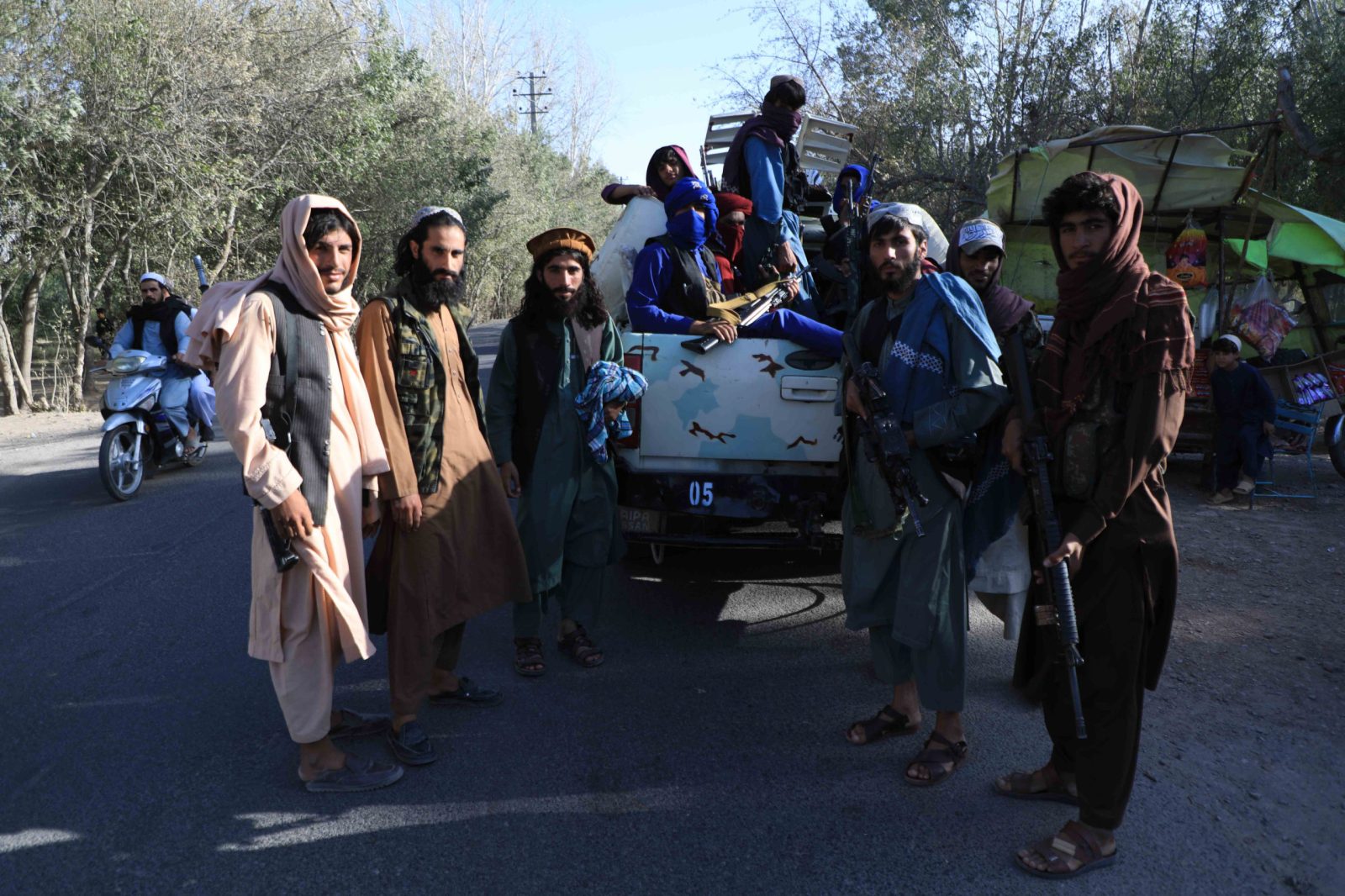 The Taliban fanned out across the capital, Kabul, and a group of fighters entered the presidential palace.

Afghanistan’s embattled President Ashraf Ghani left the country on Sunday, joining thousands of his fellow citizens and foreigners in a stampede fleeing the advancing Taliban and signalling the end of a 20-year Western experiment aimed at remaking the country.

The Taliban fanned out across the capital, Kabul, and a group of fighters entered the presidential palace. Suhail Shaheen, a Taliban spokesman and negotiator, told the Associated Press that the militants would hold talks in the coming days aimed at forming an “open, inclusive Islamic government”.

The Taliban swept through Afghanistan in a matter of weeks, taking global leaders by surprise as they entered a vacuum left by departing US and Nato forces, who were working to leave by the August 31 deadline imposed by US President Joe Biden to end the US’s longest war.

In many cases, the militants encountered little resistance from Afghan’s US-trained military. Key provincial centres close to Kabul and in far-flung corners of the nation fell in quick succession.

Skies over Kabul buzzed on Sunday with US military helicopters ferrying passengers from the US embassy.

“We’re relocating the men and women of our embassy to a location at the airport,” Secretary of State Antony Blinken said on ABC. “That’s why the president sent in a number of forces to make sure that, as we continue to draw down our diplomatic presence, we do it in a safe and orderly fashion and at the same time maintain a core diplomatic presence in Kabul.”

The acting US ambassador was among those evacuated to the airport, the AP reported. The US embassy said on its website that the airport was taking fire, and advised US citizens to shelter in place.

The US will pull out all embassy personnel within three days, CNN reported earlier, citing people familiar with the situation, leaving a small core of staff to operate at the airport. The embassy reported the airport was taking fire late on Sunday, and instructed US citizens to shelter in place.

To many, images of helicopters over Kabul were an echo of the US departure from Saigon at the end of the Vietnam War.

Blinken rejected that analogy. “This is not Saigon. We went to Afghanistan 20 years ago, with one mission, and that mission was to deal with the folks who attacked us on 9/11, and we’ve succeeded,” he said on CNN.

Top Biden administration officials briefed members of Congress on Sunday, many of whom were furious about the visible chaos to end a campaign that’s cost about 2,400 American lives and close to $1-trillion.

“This disaster, the catastrophe that we’re watching unfold right now across Afghanistan, did not have to happen,” said Republican Representative Liz Cheney of Wyoming, whose father, then-Vice-President Dick Cheney, was one of the architects of the 2001 US invasion of Afghanistan.

Briefing lawmakers on Sunday, US Defense Secretary Lloyd Austin defended the administration’s actions. The Taliban planned to attack US troops had they stayed past the announced deadline, he said.

Taliban fighters reached the outskirts of Kabul early on Sunday in a culmination of their three-week offensive. The militant group now controls all of Afghanistan’s border crossings, the Associated Press said, leaving Kabul’s airport as the only way out of the country.

“The Islamic Emirate instructs all its forces to stand at the gates of Kabul, not to try to enter the city,” the Taliban said in a statement on Sunday, using the group’s formal name.

“Negotiations are under way to ensure that the transition process is completed safely and securely, without putting the lives, property and honor of anyone in danger.”

Local media, though, reported that some Taliban plan to enter parts of Kabul soon in what was termed an effort to prevent looting and chaos as government security forces depart.

Bismillah Mohammadi, Afghanistan’s acting defence minister, said earlier that Ghani had extended negotiating authority to a delegation of at least three officials headed to Doha for talks with the Taliban on Monday. With Ghani gone, it’s unclear under whose authority the delegation would negotiate.

The Taliban has sought to reassure the country and the world that it will act responsibly as it prepares to resume power, following the swift collapse of the Afghan army.

Biden on Saturday boosted the US troop deployment in an attempt to ensure an “orderly and safe drawdown.” The authorisation adds about 1,000 US personnel to the deployment of 3,000 Marines and soldiers announced this week and 1,000 troops already at the airport and the embassy, according to a defense official.

Biden again defended his decision to withdraw troops from Afghanistan after 20 years.

“I was the fourth president to preside over an American troop presence in Afghanistan – two Republicans, two Democrats,” Biden said. “I would not, and will not, pass this war onto a fifth.”

Thousands of Afghans fled to Kabul in the face of the Taliban advance as the crisis threatened to spill outside the country’s borders and send waves of refugees as far afield as Europe.

People also flocked to Kabul’s Hamid Karzai International Airport hoping to catch a flight out. “We’re expecting to be evacuated – I hope we’ll be out in a few days,” Emir Sayit, a Turkish civil engineer, said by phone on Sunday.

The rapid fall of Afghanistan’s cities to the Taliban shocked many US officials and ramped up bipartisan criticism of Biden’s exit plan. The US has been surprised and frustrated by the Afghan army’s inability or unwillingness to fight back.

Russia seized on the situation to criticise the US. “The world is watching in horror the results of Washington’s latest historical experiment,” Russian Foreign Ministry spokeswoman Maria Zakharova said in a Telegram post on Sunday. Russia said it’s not planning to evacuate its embassy in Kabul, with Tass quoting a Taliban spokesman saying the group has good relations with Moscow.

Biden has faced mounting criticism from human rights groups and some members of his own party, as reports emerge the Taliban is already bringing a return to attacks on women and other abuses reminiscent of its earlier rule. Social media posts on Sunday portrayed images of women on Kabul buildings being painted over.

The Biden administration has argued the Afghan army must take the reins at last, while the US provides continued military and financial support.

“One more year, or five more years, of US military presence would not have made a difference if the Afghan military cannot or will not hold its own country,” Biden said.

During Taliban rule from 1996 to 2001, women were prohibited from working, attending high school or appearing in public without a burqa, a garment that covers the wearer’s entire body, head, and face. In recent weeks, Taliban fighters in northern areas told some female employees of branches of Afghanistan International Bank to leave work and go home.

Late Saturday, the Taliban released a lengthy statement denying reports that it had killed prisoners and forced villagers to hand over their daughters to marry Taliban soldiers. In the statement, the group said it would respect public property, redeploy bureaucrats and military officers, and provide amnesty for anyone who “helped the invaders”.