Ramaphosa: The damage done by State Capture is deep, but we have started to put things right 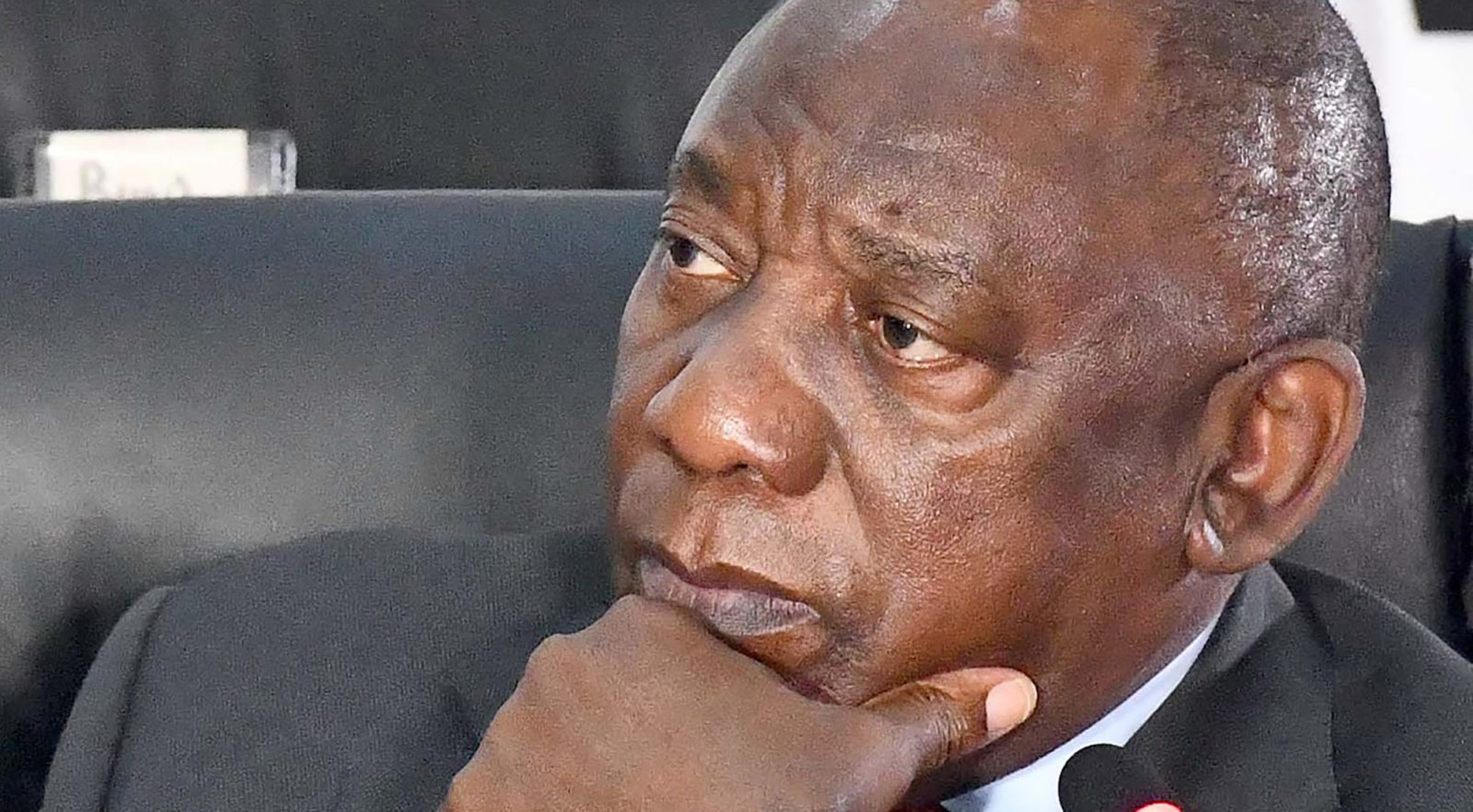 President Cyril Ramaphosa during his second appearance at the Zondo Commission on 12 August 2021. (Photo: Elmond Jiyane)

Last week marked the end of the scheduled hearings of the Judicial Commission of Inquiry into State Capture, more than 1,000 days after the first witness testimony was heard.

While the commission’s chairperson, Deputy Chief Justice Raymond Zondo, has said it may be necessary for a few more witnesses to testify, the work of the commission is now one step closer to completion.

This is a significant milestone that brings us ever closer to a reckoning with one of the most ruinous episodes in the history of our democracy.

Even before Judge Zondo submits his findings and recommendations to the President, we can all agree that the commission’s work has been invaluable.

Over the course of three years we have heard testimony detailing alleged acts of corruption on a massive scale. We have heard about actions that resulted in the theft of billions of rands of public money. We have heard how many public institutions and state-owned companies were deliberately weakened.

This exposure of the nature, extent and depth of State Capture did not take place behind closed doors, but was broadcast to the entire country. By allowing all South Africans to follow the commission’s proceedings, it has helped to instil public confidence in our democracy in the way it promotes openness and transparency.

The country owes a debt of gratitude to all who were involved in the work of the commission; from those who investigated, researched and compiled a huge amount of information, to the many witnesses who testified and provided evidence, to the journalists who diligently reported on the proceedings, to the lawyers who helped present evidence.

We also owe a debt of gratitude to the many individuals, some of whom remain unknown, whose actions led to the establishment of the commission in the first place. These are the people who unearthed these alleged criminal acts, who resisted, who spoke out and who took up campaigns – both public and behind the scenes – to end State Capture. It is thanks to them that we now speak of State Capture in the past tense.

State Capture did not end of its own accord. It was brought to an end by the concerted actions of South Africans from all walks of life, working in various areas to restore the values of our constitutional democracy. And it is up to all of us to ensure that these practices are never allowed to happen again.

Over the past three years we have taken several important steps to tackle corruption and State Capture. We have been painstakingly rebuilding bodies like the National Prosecuting Authority (NPA), the South African Police Service (SAPS), the South African Revenue Service (SARS) and others. We have set up new structures, like the Investigating Directorate in the NPA to prosecute high-level corruption, and the Special Investigating Unit Special Tribunal to recover stolen public funds. We have improved our crime-fighting capacity through the establishment of the Fusion Centre, which brings together various law enforcement agencies to share information and coordinate the investigation and prosecution of crime.

We have changed the leadership at several strategic state-owned enterprises, and begun the process of restoring them to financial and operational health. We are working towards a new SOE model that promotes greater transparency, accountability and sustainability.

Much of this work is ongoing. There are areas where progress has been far slower than we would have hoped, and these are now receiving closer attention.

The findings and recommendations of the commission will undoubtedly strengthen these efforts. We expect that the commission will identify some of the systemic weaknesses that allowed State Capture to take place. This will empower us to take further corrective measures.

While we can say that the era of State Capture is over, we have not defeated corruption. Fraud and corruption remain pervasive and deeply entrenched in both the public and private sectors.

Although it may not be on the scale of State Capture, such criminal activities cost our country greatly, weaken our institutions and deprive South Africans of many basic needs.

Corruption is deeply immoral at the best of times, but takes on a greater depravity amid a humanitarian crisis. One speaks here of the despicable acts of corruption last year in the procurement of goods and services needed for our fight against the Covid-19 pandemic.

We acted swiftly to stop such corruption, to identify those responsible and to take action against them. This is proof of our commitment to root out corruption.

We tightened up Treasury regulations, established the Fusion Centre and gave the Special Investigating Unit a wide-ranging mandate to investigate all Covid-related corruption allegations. In a first for the country, we also published online the details of all Covid procurement contracts across all public entities.

The damage done to our country by State Capture is deep. Its effects will be felt for many years to come. But, working together, we have started to put things right. We have started to rebuild and restore.

We can expect that the outcomes of the Zondo Commission will immeasurably strengthen these efforts. They will give us an opportunity to make a decisive and lasting break with the State Capture era.

Much work lies ahead, and many challenges must still be confronted. But we are on our way to building a society that is free from the evils of State Capture and corruption. DM