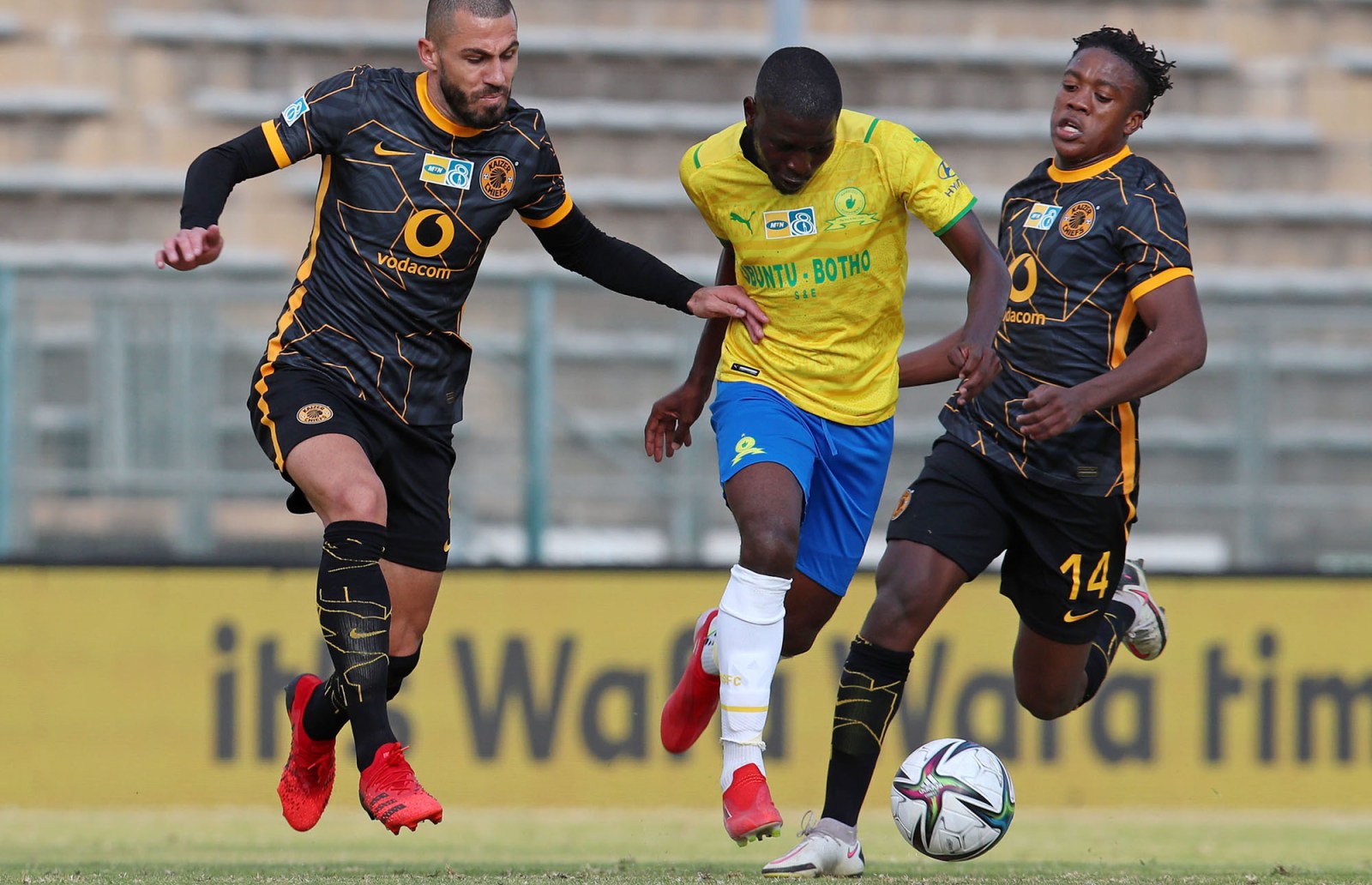 South African football has made a return and the MTN8 — contested by last season’s top eight teams in the DStv Premiership — provided a microcosmic view of what followers of the sport can look forward to in the top flight this season. This includes the recurring theme of poor officiating.

The curtain-raiser of South African football, the MTN8, provided a glimpse of what supporters can expect to see on their screens this season.

In Mamelodi Sundowns’ 2-1 penalty victory over Kaizer Chiefs, the poor officiating which constantly rears its ugly head in South African football was unfortunately once again on full display with officials missing several key events during the penalty shootout which followed a stalemate after two hours of football.

Then there was a major upset as the defending champions Orlando Pirates were bundled out of the competition after going down 2-1 to Swallows.

The Buccaneers were victims of a seven-minute Ruzaigh Gamildien brace blitz in a result that will have Pirates coach Josef Zinnbauer sweating. The German is under increasing pressure to make the most of the Soweto giant’s talented squad.

There were mixed results for KwaZulu-Natal outfits Lamontville Golden Arrows and AmaZulu. The former locked horns with Supersport United and their game ended at two-all before Abafana Bes’thende earned a 4-3 penalty triumph over the Tshwane side.

Arrows’ ambitious neighbours AmaZulu were not so fortunate as they went down 2-1 to Cape Town City thanks to a Mduduzi Mdantsane winner in the 89th minute.

The discussion around the poor standard of South African refereeing is a recurring theme in every Premier Soccer League (PSL) season. It was no different as Sundowns and Chiefs clashed in the quarterfinals of the MTN8. An enthralling battle at the Lucas Moripe stadium saw Amakhosi mount a comeback from 2-0 down to level things at two-all.

Namibian striker Peter Shalulile gave Masandawana the lead 10 minutes in, before Themba Zwane doubled the score for the home side 13 minutes later.

The DStv Premiership defending champions seemed to be cruising to another dominant victory until Bernard Parker halved the deficit a few minutes before halftime. Khama Billiat levelled matters on the stroke of the hour mark following a sumptuous through ball by Chiefs’ marquee signing Keagan Dolly.

The sides couldn’t be separated after extra time and the match went to penalties. Up stepped Sundowns keeper Kennedy Mweene. The 36-year-old saved four penalties and scored a cheeky one himself to give his side a dramatic 2-1 penalty shootout victory. Of course, his efforts were hugely assisted by the horrific officiating during the spot kicks.

You’ve been asking for the pictures of Kennedy Mweene’s four penalty saves, here they are 👀#MTN8 pic.twitter.com/zFhSw1746V

Victor Gomes and his first assistant Zakhele Siwela — who was manning the goal line to guard against the very thing which ended up transpiring — missed that on all four of his penalty heroics Mweene stepped off the goal line.

Fifa-sanctioned penalty rules indicate that a goalkeeper can only move from side to side before the spot-kick taker strikes the ball. The goalkeeper must have at “least part of one foot touching the goal line (or in line with it) as the penalty taker kicks the ball”.

On each occasion of his saves, Mweene was off his line with Siwela nearby, but somehow oblivious to the keeper’s encroachment.

The assistant also missed a penalty by Sundowns’ Lyle Lakay which Amakhosi keeper Itumeleng Khune had clawed out of the net. The penalty was not awarded despite replays showing that the whole ball had crossed the line.

Here’s Itumeleng Khune’s penalty save in the shootout that everyone’s talking about, with the ball having crossed the line, which ultimately led to a red card for Sundowns coach Wendell Robinson.#MTN8 pic.twitter.com/uSonnSKGZG

The issue of referees came to a head last season when the South African Football Association (Safa) suspended then reigning PSL referee of the year Jelly Chavani after he denied Pirates a clear penalty against Swallows in a league game.

Safa referees committee chair Natasha Tsichlas downplayed the mistake at the time, which was not an isolated incident, but garnered the most attention due to the respect that Chavani commands.

“Usually, the focus is on the negative, but if we look at the positive, then we will see that our refs are right up there with the best on the continent,” Tsichlas said at the time.

“I think it is time we also spoke about the good things they are doing. If we look at the positives that have been recognised by Fifa and CAF, then we will see that our guys are not all that bad.”

This latest display will once again shine the spotlight on the standard of refereeing in the country —especially considering that both Gomes and Siwela are highly rated as officials and Fifa-recognised. DM