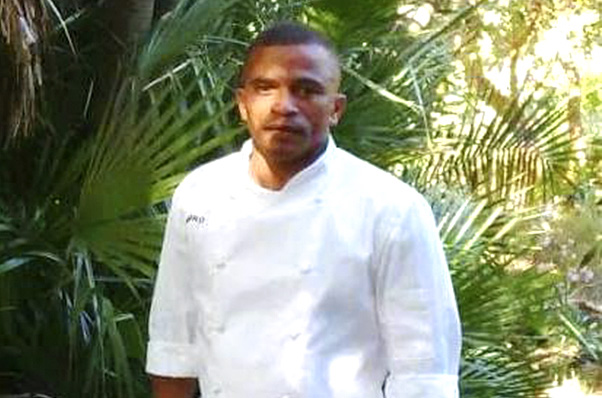 The appeal of convicted rapist Albro McLean against his life sentence for a corrective rape committed in 2017 was dismissed in the Western Cape High Court in Cape Town on Friday, 13 August 2021. (Photo: Supplied)

The dismissal of an appeal by a rapist against his life sentence for the ‘corrective rape’ of a lesbian is an indication that these hate crimes will not be taken lightly by the courts.

McLean raped his neighbour, a young lesbian, on 28 August 2017 in Seawinds while serving a suspended sentence for the sexual assault of a minor in 2015.

He initially pleaded not guilty to charges of rape and assault with aggravating circumstances at the Wynberg Regional Court on 15 March 2019. This was despite his DNA being found on a sample collected from the victim. McLean was convicted on 16 February 2021 in the regional court and sentenced to life imprisonment. The court found he had lied.

He appealed against this sentence.

During the initial rape trial it emerged that McLean and the victim were long-standing neighbours and he had known her since childhood. She was 21 at the time and McLean was 41. It was also known in the community and to McLean that the victim was a lesbian.

During an emotional testimony from the victim, the court heard that on the day of the rape she had received a phone call about McLean’s sister. As a result she had walked to McLean’s house where he had ushered her inside. When McLean’s sister later left the victim also attempted to leave.

McLean, the court heard, had prevented this and brutally assaulted the woman, smothering her with a pillow before raping her. The victim testified that McLean had said he “would make her a woman”.

McLean had originally pleaded not guilty and said that the victim had falsely accused him. He later changed his plea.

He had numerous previous convictions, with crimes ranging from drug related offences to housebreaking and robbery. In 2015 he was found guilty of sexually assaulting a minor and was sentenced to five years’ imprisonment suspended for five years.

Dismissing his appeal, the Western Cape High Court highlighted that the  rape was committed during the period of the suspension and it was clear that the suspended sentence and opportunity to rehabilitate himself had not detered McLean from committing another sexual offence.

Denying his appeal, the court found the aggravating features of the crime overwhelming: “It is evident that notwithstanding the DNA evidence, the appellant persisted that no sexual intercourse took place and the complainant had to endure humiliating accusations regarding being a drug addict, a liar and jealous of his relationship with his girlfriend.”

The court found McLean “lacked empathy and showed no remorse for his actions”.

The judges also found McLean had “opportunistically launched a vicious attack on the complainant who visited his residence to deliver a message to his sister”.

“It is outragous that people think that it is acceptable to rape a lesbian, with the thinking that this will change her sexual orientation. Nobody is entitled to violate another person’s body on account of their skewed thinking and entitlement of her body,” she said.

The court’s initial judgment and sentence and the dismissal of the application to appeal was a clear sign, she said, that these violations are viewed seriously.

McLean’s lawyer said the case was “significantly less serious than the cases ordinarily encountered by the court” and that the sentence was “inappropriate for the offence”.

State advocate Liezel Schölzel, dismissing this argument, said: “Rape is a very serious offence constituting, as it does, a humiliating, degrading and brutal invasion of privacy, dignity and the person of the victim.

“It is regarded as cancer within the society. Not only did the appellant rape the complainant, but he did so with a further motive and out of prejudice that he had against her sexual orientation, causing further serious emotional trauma to the complainant.”

Welcoming the court decision, National Prosecuting Authority Regional Communications Manager Eric Ntabazalila said: “Dismissing the appeal against the sentence of life imprisonment, Deputy Judge President Goliath and acting Judge Pangarker heeded the call by the State to address the controversial issue of ‘corrective rape’ as a hate crime and serious form of gender-based violence, which is often not addressed on behalf of these victims.” DM/MC