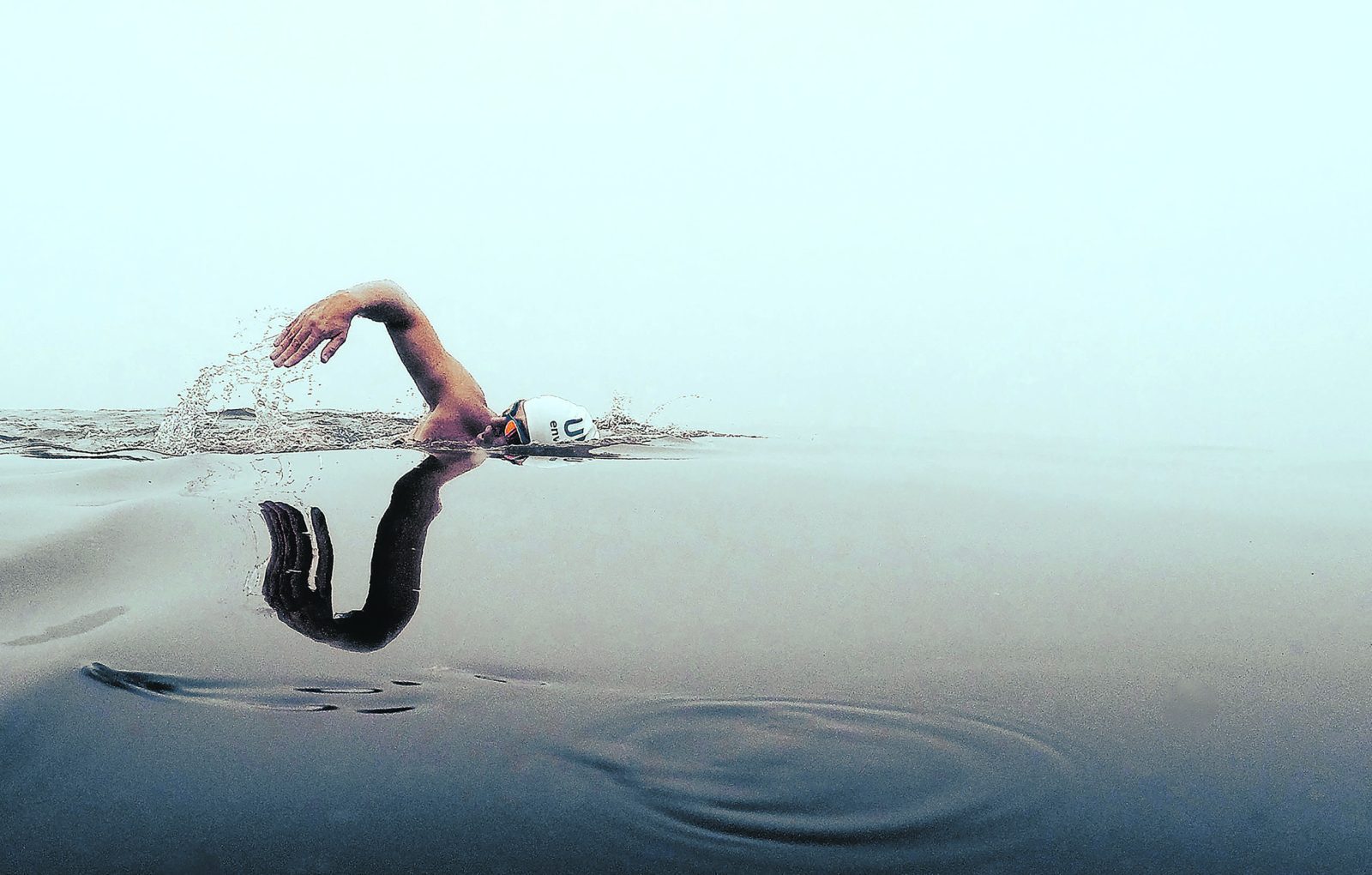 Spare a thought for UN Patron of the Oceans Lewis Pugh this month as he takes to the icy water off Greenland in order to raise awareness on climate change.

“All hands on deck now.” That’s the warning from United Nations (UN) Patron of the Oceans Lewis Pugh, who is set to tackle what he is calling his toughest swim to date, a 15km route across the face of the world’s fastest-retreating glacier in Greenland.

The swim is to raise awareness about drastic climate change, and is part of Pugh’s call for a minimum of 30% of the world’s oceans to be formally protected by 2030. This follows a damning UN report suggesting that the planet has less than 20 years before it reaches the critical 1.5-degree warming point that would lead to mass flooding of coastal cities around the world.

Pugh plans to swim a 10km to 15km route – one kilometre a day for two weeks – through brash ice and icebergs along the face of the world’s fastest-retreating glacier, the Ilulissat Glacier in western Greenland. Legend has it that this is the glacier that sank the Titanic!

The driving force behind his particularly hands-on brand of environmental activism is that the next swim must always be harder, longer, tougher and colder than the last one. Otherwise the general public and more importantly the media quickly lose interest, and his urgent message is lost among a thousand other worthy causes, he says.

No one has ever swum a multiday swim in the polar region. Situated above the Arctic Circle, the 65km-long, 2km-thick glacier retreats up to 40m a day on some days. Between 2000 and 2010, the glacier retreated nearly 14.5km, more than in the past 100 years.

Pugh says it is going to be the toughest swim of his career, and he has been putting in the hours training in the coldish waters off Cape Town.

“The stark truth is that there has been little progress since the Paris Climate Agreement was signed five years ago,” he says. “I want to shine a light on places where there is this rapid change, places which will impact all of us, no matter where you are in the world, as well as future generations. Ilulissat is a great place to show this.

“I’ve swum in the North Pole. I’ve swum a kilometre many times in Antarctica. I’ve swum on Mount Everest and I’m swimming a kilometre, which takes me anything between 18 and 23 minutes. This is very different. This is quantumly harder. This is doing 10 to 15 North Poles back to back, and the science is very clear. One’s ability to withstand cold diminishes increasingly as you get older, and there’s a cumulative effect of the cold on you.”

Pugh originally planned to take with him the permanent members of the UN Security Council, namely China, France, Russia, the UK and the US. However, that plan fell through owing to Greenland’s introduction of strict entry-visa requirements because of a recent Covid-19 outbreak in the country.

Frazer says it was remarkable to watch Pugh’s fitness and speed levels increase during the 16-week training period in the icy waters around the Cape Peninsula, including under Chapman’s Peak, Cape Point and the Bos 400 wreck behind Hout Bay, where it got down to 10 degrees. While that is much warmer than the sea temperatures off Greenland, Frazer says it is impossible to train in water that cold, so it is first important to build up fitness and mental fortitude.

“All respect to legends like ice swimmer Ram Barkai or Ryan Stramrood, who has done 116 Robben Island crossings, but it really is chalk and cheese. I’ve never seen anyone handle cold like Lewis does. Ryan did a lot of these swims with Lewis, and afterwards Lewis would be [sitting] on the edge of the boat, still in his Speedo, while Ryan is like, ‘Come on!’”

Frazer also skippered Pugh in a dam in the Matroosberg near Ceres, where he managed a 20-minute swim in water averaging about 3.7 degrees.

“He’s tough, but I think the real mental challenge will be having to get back into that water each day,” Frazer says.

Pugh says that the former US Ambassador to the UN, Samantha Power, used to use the phrase, “Shrink the change.”

“The crisis is overwhelming when you first look at it. So we need to bring practical action down to the local village level in order to make communities more climate-resilient. I don’t want world leaders to worry about climate urgency,” says Pugh. “I want them to lose sleep about it!”