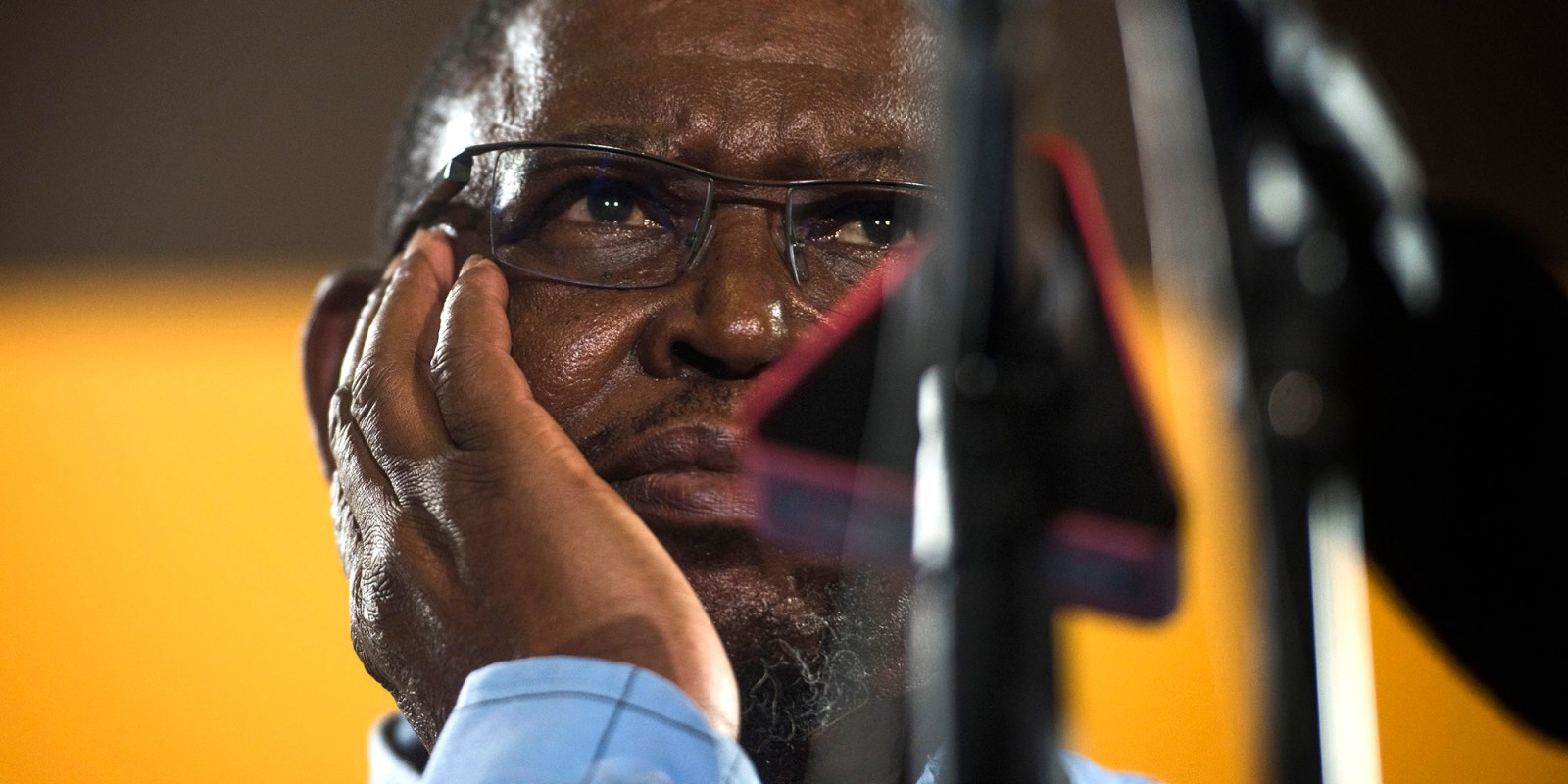 The new minister’s most pressing challenge is whether the Treasury will use the juicy tax revenue windfall from the boom in commodity prices to fund expansionary policies, like a universal basic income grant.

Incoming Finance Minister Enoch Godongwana, in his first interaction with local and international investors anxious to gauge which way the ex-trade unionist will bend economic policy, at least twice invoked the name of South Africa’s longest-serving finance minister, Trevor Manuel, a hint that the Treasury’s vice grip on spending is unlikely to slacken.

Manuel became South Africa’s first black finance minister in 1996, and went on to serve under four different presidents in a 13-year run that involved many clashes with labour and civil society, as he ruthlessly pursued debt and deficit reduction via strict fiscal controls. But Manuel was also feted as the visionary who modernised the Treasury and ushered in the country’s longest and fastest period of economic growth.

In a week where he was blasted for his op-ed article saying basic income grants may lead to dependency, and lauded for being the calm hand that stayed the ruling ANC’s more radical policy demands, Godongwana did not reveal much of his hand during a web call organised by HSBC and Nedbank.

“In the early ’90s I was introduced into government. I was part of what Trevor Manuel called ‘Team Finance’ that was part of the fiscal and Budget response during that period. So, I’m not new in the Treasury in that sense,” Godongwana told investors. “Because I was introduced to the government through the Treasury route, I normally think like them.”

The Treasury’s current thinking, an echo of the early Manuel years, is one of austere fiscal consolidation, centred on achieving R265-billion worth of Budget cuts by reining in public sector wages and weaning state-owned firms off government bailouts.

Godongwana’s predecessor, Tito Mboweni, had already made headway, muscling public servant unions into a 1.5% wage increase for the current year, although the bitter battle may have ultimately been part of Mboweni’s decision to step down.

“I may have a different style from him [Mboweni], but in terms of policy trajectory… there will be continuity in terms of the sustainable fiscal path he has chosen,” Godongwana said.

The new minister’s most pressing challenge, and one that investors on the call pressed him on, was whether the Treasury would use the juicy tax revenue windfall from the boom in commodity prices to fund expansionary policies, like a universal basic income grant (BIG).

Calls for a BIG have swelled in the wake of the violent unrest and looting in July, which many partly attribute to the sky-high unemployment and poverty deepened by the Covid-19 pandemic. The Treasury has partly relented, reinstating the R350 unemployment grant until March 2022. The grant is seen as a prelude to a permanent universal grant and will be difficult to pull back during an election cycle. If a BIG, in whatever guise, becomes policy, Godongwana will have to rethink the fiscal framework he inherited and use the elbow room provided by the commodity boom to fund it.

Back in 2004, at the height of the previous commodity supercycle, Manuel’s refusal to grant civil servants a double-digit wage increase triggered South Africa’s largest general strike. Godongwana, for now, similarly looks set to hold the line on the basic income grant and future public sector wage increases, and risk the wrath of civil society and trade unions.

“For now, the commodity prices are positive for the fiscus in the sense that we are getting more revenue. What I cannot predict is for how long that will last. We’ve got to make provision so that when that windfall lapses we are in a better position,” Godongwana said. DM/BM