Getting to the gogos: South Africa’s vaccination story of hope and trust 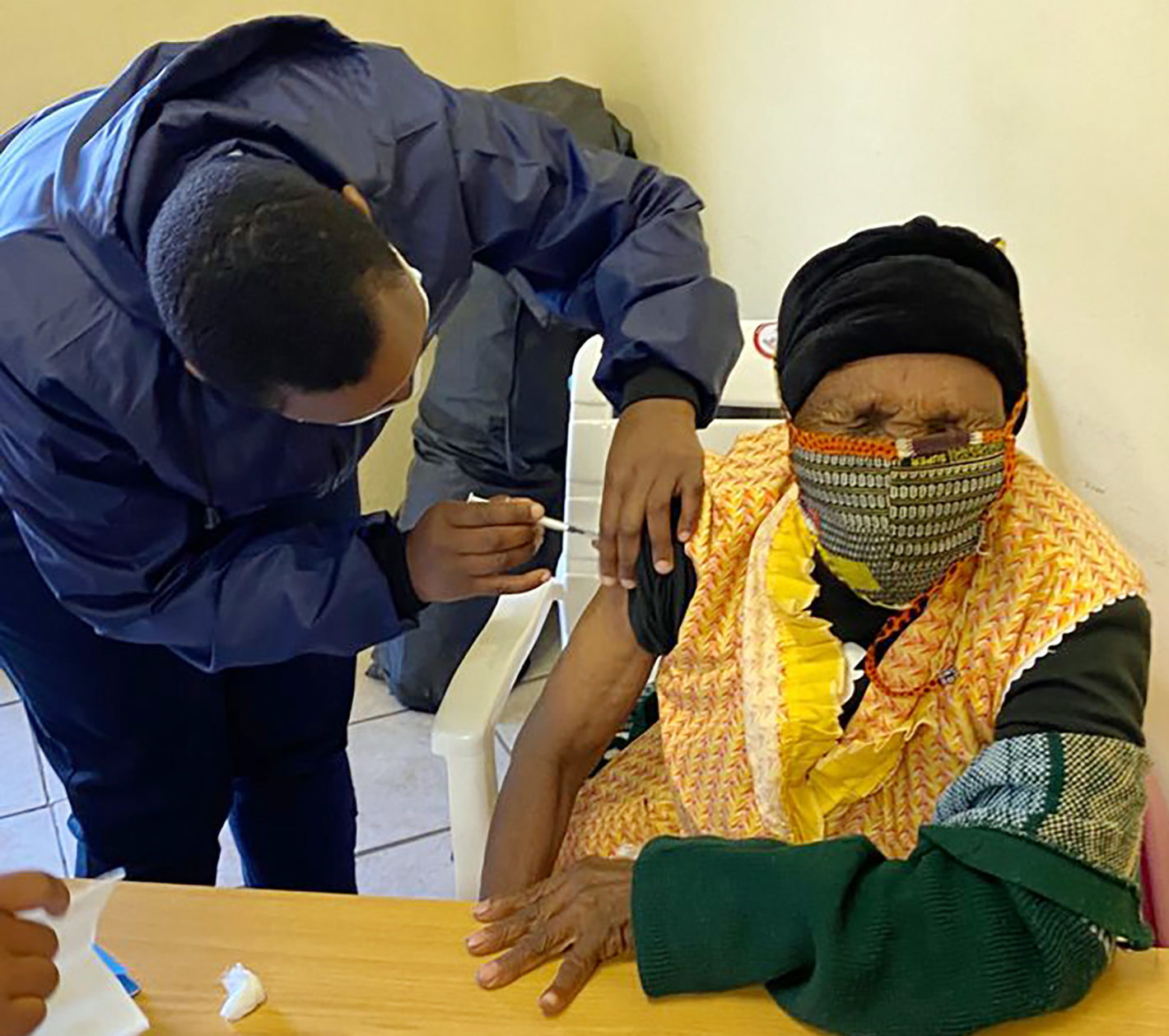 It is vital that we know as soon as possible where the numbers of vaccinated over-50s are low, so that we know where the vaccination effort needs to be directed to prevent another dismal wave. (Picture: Supplied)

The challenge? Making sure those people living in SA’s rural areas, particularly the elderly, have easy access to the Covid-19 vaccine. The solution? Taking the vaccine to those queuing for pensions and other grants.

When South Africa was faced with the daunting task of vaccinating its population, the country’s vast rural areas, in theory, posed a particular difficulty to those who did the planning.

Theory didn’t quite translate into practice for Dr Nicholas Crisp, the deputy director-general at the National Department of Health, who said that vaccinations in the rural areas were “mostly going well” and that the urban areas were the ones lagging behind.

One of the big contributors to the success of the campaign in the rural areas was a plan to take the vaccine to elderly folk when they stood in line to collect their pension and other grants.

The concept was one from an earlier programme, GoGOGOgo, by Jane Simmonds, who first came up with the idea.

GoGOGOgo is a project initially launched in Mpumalanga to bring health checks, health empowerment programmes and programmes about early childhood development and preadolescent care to grand­mothers.

“Grandmothers are very important in our communities,” Simmonds said. “Their wellbeing impacts the whole family. The question we asked was: Where was it easiest for us to find old people? The answer: In the grant line at the post office and at the stores where they can draw their pensions.

“I see the grant queue as a place of power and a congregation of incredible skills that these women have to provide a living for their families. This country’s gogos are wonderful.”

“The South African Medical Research Council [SAMRC] is currently evaluating interventions to address hypertension by screening pensioners in grant queues, so providing Covid-19 vaccines at these venues is a logical extension. We are committed to innovate to improve the health of our aged,” said Prof Glenda Gray, president and CEO of the SAMRC.

More than 4.2 million people in South Africa aged 60 years and older receive a monthly grant and the vast majority of these recipients receive this grant in cash by going to retail stores, banks, the South African Post Office and mobile grant cashpoints run by the South African Social Security Agency (Sassa).

Simmonds said that when South Africa started rolling out the vaccine to the general population it was obvious to her that it must be taken to the grant queues, because travel money and barriers to accessing the Electronic Vaccination Data System (EVDS) were becoming barriers for pensioners to access the vaccine.

“Pensioners in the rural areas do not have R100 taxi money to get a vaccine but they do find the money to get to a grant queue,” she said.

She said that after an initial meeting with the National Department of Health, and “four or five proposals”, she almost started thinking that nobody would listen.

“I knew that it was unreasonable to expect poor and marginalised people to access the EVDS. They had a fear of smartphones, if they had them. They are constantly told not to share their identity number and phone numbers online, as people will take their money. Many had difficulty reading what was on the screen. It told them to do things they were terrified of doing.”

Finally her insistence paid off and she was given the go-ahead to put together a campaign.

“We started with registering people on the EVDS. Mpumalanga was phenomenal,” she said, “but I kept pushing for a plan that we can take the vaccine right to the grant queue.”

Then the Department of Health came on board. Soon the Solidarity Fund and Business4SA joined and now a well-oiled machine of commercial partners, civil society organisations, provincial departments of health and other role­players in the health sector are taking the vaccine to South Africa’s deep rural areas.

Next, large retailers who paid out grants – Boxer, Spar, Pick n Pay and Massmart –came on board.

“We are blown away by the kindness of many of the store managers. It has struck me how well the elderly are treated at these stores. Everyone is so kind and helpful and patient. Often they will offer the elderly a place to sit and give them bread and soup or something to drink while they wait,” she said. “Some of the malls have even offered us free retail places to set up our vaccination sites. The big retailers are very important to this campaign because people will queue there for up to six hours because they can get their full grant there.”

Then came a partnership with the Chan Soon-Shiong Family Foundation.

This allowed for the launch of a Mobile Covid-19 Vaccine Project, which was launched in Lusikisiki in the Eastern Cape on 6 July 2021.

“I phoned the National Health Laboratory Service and said I see you have 67 available trucks. What are you doing with them?” Simmonds laughed.

The project will see three mobile trucks offering vaccines to all recipients of the Older Person’s Grant in three grant queues in the area.

“Vaccinating the most vulnerable populations of rural South Africa, our grandmothers and grandfathers, living in remote and underserved communities, must be a priority of the vaccination programme. These elderly people cannot be asked to survive Covid-19 without an opportunity to vaccinate in a middle-income country,” said Professor Ian Sanne, the CEO of Right to Care.

The pilot project across five provinces managed to vaccinate 4,000 people in the first three days.

“Providing access to care to the elderly and vulnerable in the communities where they live is an important initiative. Having grown up in the Eastern Cape it is a privilege to be able to support this innovative mobile van vaccination programme,” Patrick Soon-Shiong said.

Simmonds added that she was blown away by the cooperation of companies to help in the campaign.

“We engaged with Vodacom and MTN to ping cellphone masts in the vicinity of the vaccination sites and send messages to everyone’s phones that were nearby. I was speaking to the cellular companies over a weekend and they immediately came on board,” she said.

Simmonds said their programme was also working well to encourage men to get the vaccine.

The Minister of Health, Joe Phaahla, recently expressed his concern about the numbers of men getting vaccinated.

“We discovered that by going to the grant queue we could reach far more men, as they would rather collect their grants than go to the clinic. They won’t avoid the grant queue,” said Simmonds.

She said to reach deep rural areas the mobile vaccination convoy travelled with Sassa’s money trucks. The programme is being rolled out nationally in a number of districts.

“I love being able to do this for our elderly,” Simmonds said. “What has South Africa given to them? In the first 40 years they could not vote and in the next 20 years they have become invisible and left behind. Now we have the Covid-19 pandemic and they remain vulnerable, poor and marginalised. These are people who hold communities together. Many have young grandchildren. It means something to them that we are seeing them,” she said. DM168