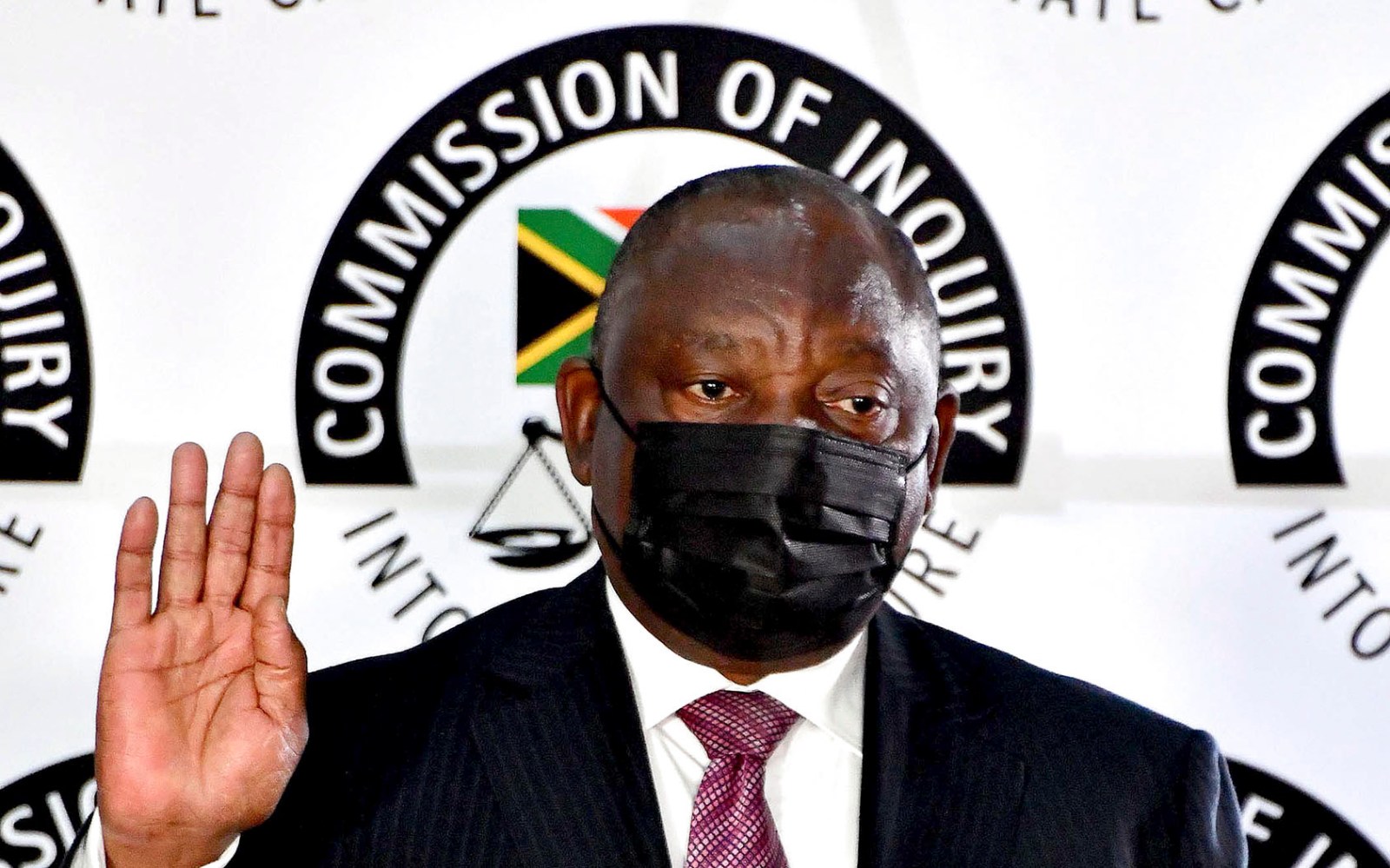 Where was the resistance Cyril Ramaphosa spoke of? The reality is that he chose a political strategy over principle. This is not to deny that he means well and is committed to cleaning up the state.

Making his closing comments on the last day of his testimony, President Cyril Ramaphosa told the commission headed by acting Chief Justice Raymond Zondo that State Capture happened because of “certain people” who deliberately sought to hijack the country’s economy.

As he finished two days of evidence on the afternoon of 12 August, Ramaphosa also sought to quantify the overall loss suffered by SA during the ugly years of the Gupta capture of our state.

While investigator Paul Holden has put the figure of how much the Gupta family stole from our country at more than R50-billion, Ramaphosa said the true extent of the loss will never be known.

Not only did they steal our money, but – with the help of Jacob Zuma and the pliant stooges he had as ministers – our state-owned enterprises were also run into the ground while law-enforcement agencies were turned into a Zuma/Gupta defence force.

Many people, including Ramaphosa and the ANC leadership, turned a blind eye. Those who dared to speak out were hounded out of their jobs and many others were forced into silence.

Far from what the President said, State Capture did not happen because of certain people who deliberately ran our country down. But it happened because of many others, like Ramaphosa, who chose to do nothing.

Ramaphosa said he did not speak out against the glaring abuses of power by Zuma because he feared being fired. He told the commission that he chose not to be confrontational and not to resign so that he could “resist abuses and bring about change” from inside.

“This meant ‘staying in the arena’, with the challenges, limitations and frustrations inherent in doing so, but it was the course of action that had the greatest likelihood of bringing State Capture to an end, restoring the institutions of state and defending our democracy,” he said.

This is cold comfort for the employees at the state-owned arms manufacturer, Denel, who have gone for months without a salary. The same can be said for the employees at SAA who cannot feed their families. These entities, including Eskom and Transnet, were the Guptas’ stamping grounds and personal kitties where they amassed ridiculous wealth – enough for them to live comfortably in Dubai.

Where was this resistance Ramaphosa speaks of? The reality is that he chose a political strategy over principle. This is not to deny that he means well and is committed to cleaning up the state. However, his evidence at the commission has laid bare the reality that we are faced with. Even if Ramaphosa had taken a principled stance against Zuma and resigned his position as deputy president, no one else in the ANC would have followed him. This is because ANC leaders only care about their self-interest as opposed to the expectations of servant leadership.

To be frank, whatever renewal that Ramaphosa speaks of, it is not possible with the current ANC leadership.

Or rather, he cannot do this while in the ANC. This effectively means he will not succeed unless the ANC purges itself of the bad elements. While Ramaphosa still seeks to balance factional contradictions within the governing party and accommodate his political opponents, as South Africans we will continue to be an afterthought in his considerations.

That explains why Nosiviwe Mapisa-Nqakula has been nominated by the ANC to become the Speaker of the National Assembly. This is also why Ramaphosa, while knowing full well the extent of the rot and looting of funds at the State Security Agency (SSA) while David Mahlobo was the minister, still appointed him as a deputy minister in 2019. Former State Security acting director-general Loyiso Jafta told the commission earlier this year that SSA lost about R9-billion’s worth of assets at the height of State Capture.

Ramaphosa admitted to the commission that Zuma had become too powerful in the party and no one challenged him. The silence was not part of any “strategic” move, as the President later told the commission, but rather politics that trumped principle. Effectively there were and still are not enough people in the ANC to stand up against corruption and wrongdoing. That’s why we had State Capture. DM168