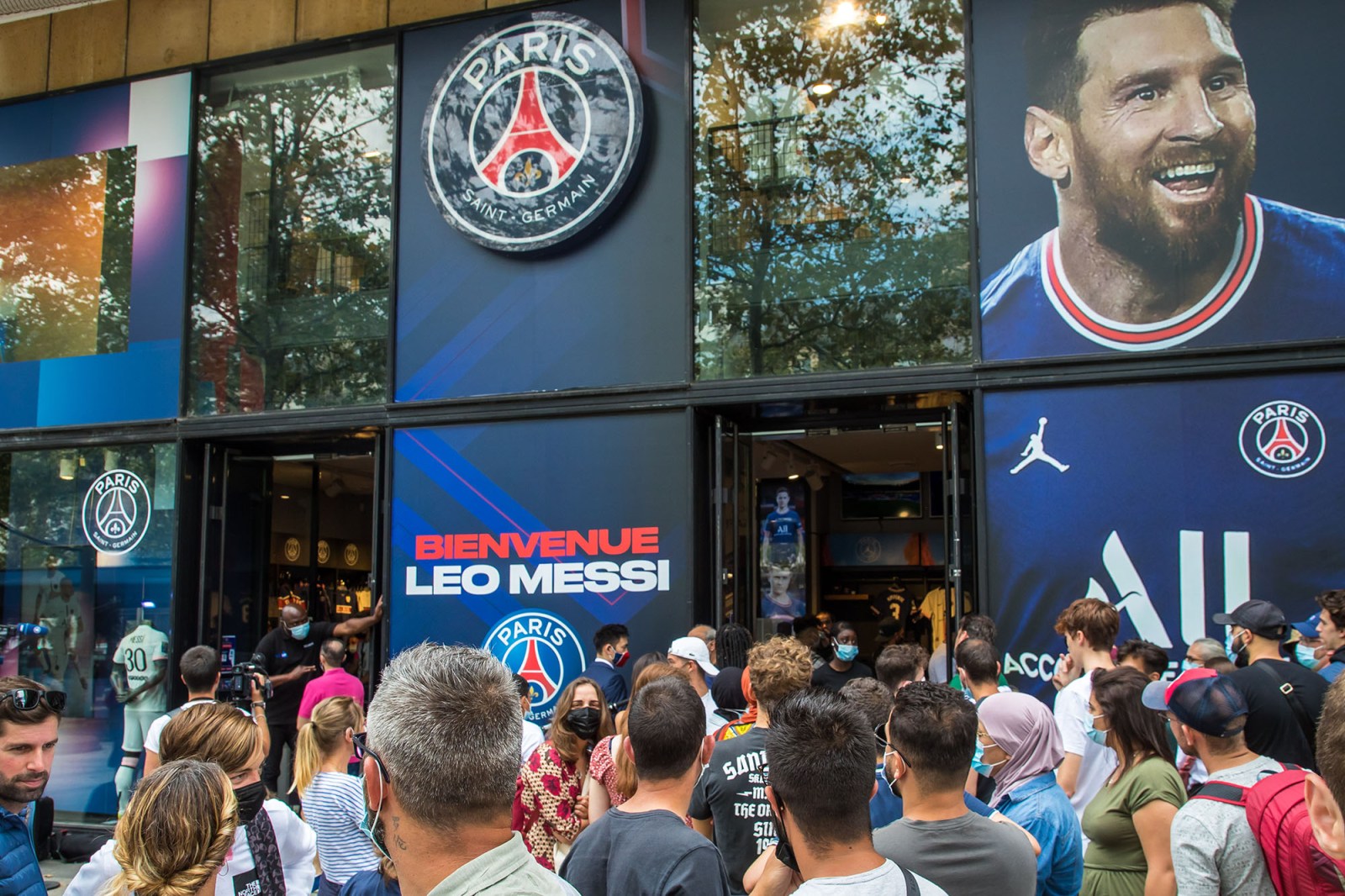 The Argentinian star said on Wednesday he wanted to power Paris St Germain to their first Champions League trophy, putting the tearful farewell he bade to Barcelona behind him after signing a two-year contract with the deep-pocketed French soccer powerhouse.

Messi joined the star-studded PSG as a free agent after Barcelona – where he began and always imagined he would play out his career – acknowledged last week they could no longer afford him.

Messi said he was hungry to add more Champions League titles to the four he won with Barcelona.

“That’s why I am here (to win trophies). It’s an ambitious club,” he told a news conference.

After years of failing to get beyond the quarterfinals, PSG finally reached the final in 2020, but lost to Bayern Munich, while last season they went out in the semifinals.

“My dream is to win another Champions League, and I think this is the ideal place to be to do that,” added Messi, who in a nod to his first squad number in senior football at Barcelona will wear the No 30 jersey at PSG.

The Argentinian conceded he did not know when he would make his debut, having not played since winning the Copa America with his country last month.

“I’m coming back from holiday. I need a bit of a pre-season to get myself going,” he said.

Messi will join former Barca teammate Neymar in Paris. The Brazilian left Catalonia for the French capital in a world-record €222-million (R3.8-billion) deal in 2017, but never hid his desire to link up with his close friend once again on the pitch.

They will now line up with French World Cup-winner Kylian Mbappé in a potent front-three attack.

“To play with the likes of Neymar and Mbappé is insane,” Messi continued.

France’s top soccer league has always been perceived as the poorer cousin to top-flight leagues in neighbouring England, Germany, Spain and Italy.

PSG’s Qatari money is enabling the club to compete at their level, though much of the rest of the league is way adrift in terms of resources. In unusual comments praising a club’s transfer dealings, Ligue 1 president Vincent Labrune celebrated Messi’s signing as a big win for French soccer.

“The arrival of Messi will bolster the attractiveness and visibility of our championship across continents,” Labrune said. He thanked the club’s owners for creating what he called one of sport’s biggest franchises globally.

However, some commentators have asked how PSG could afford to sign Messi within the Financial Fair Play (FFP) regulations of European soccer’s governing body, Uefa.

Uefa’s FFP rules are designed to prevent clubs spending more than they earn. Spanish La Liga’s own FFP rules are more stringent than Uefa’s, with each club given a salary cap.

Messi held up his new shirt to thousands of fans outside the stadium, waving shyly as they beat drums, released smoke flares and chanted his name.

Local fan Nelson Dross (17) told Reuters: “Why do I love him? Because he makes us dream. He’s a magician, a genius.”

Messi wept on Sunday as he told Barcelona fans he was leaving his childhood club.

“I’ll always be thankful to Barca and their fans. I went there as a boy, and we had some good and bad times,” he said on Wednesday.

Asked how he would feel if the time came to square up against his old club, he replied: “It would be nice on the one hand to face them in the Champions League, especially with fans, but on the other strange to go back to my home in another team’s shirt – but that’s football.”

Replica shirts bearing his name are flying off the shelves, followers are flocking by the million to his new club’s social media accounts and TV rights suddenly look like a bargain: Messi’s arrival in Paris has set the money train in motion.

Al-Khelaifi bluntly said on Wednesday that people would be “shocked” by the revenue the 34-year-old six-time Ballon d’Or soccer world player of the year would bring to the club he joined as a free agent the previous day.

In PSG’s flagship shop in central Paris, one fan who queued two hours to buy a Messi shirt as soon as the Argentinian signed, was more than happy to part with €165.

“I just had to come and buy it,” 18-year-old Jonathan Bouyer Msied said, beaming. “It will bring PSG a lot of money, and it will bring fans a lot of fun and joy. There’s something in it for everyone, and everybody will be happy.”

Amazon, which in June won the rights to broadcast 80% of the top French division’s matches at a fraction of the original price after partner Mediapro pulled out, is certainly among the winners, said sports marketing expert Vincent Chaudel.

“Amazon… already got its early Christmas present in June and now just won the lottery. Broadcasting so many matches for so little money, with (Messi) on top of that… it’s all a big win,” said Chaudel.

“The second winner is PSG, which will consolidate its spot among the world’s biggest clubs.”

Chaudel expected, however, that the actual financial impact, for which the club has not given estimates, would be less than when forward Neymar joined the PSG – like Messi from Catalan giants FC Barcelona – in 2017.

“That’s simply because Neymar arrived just before sponsorship and shirt deals were renegotiated,” whereas they were now locked in until 2032.

Amazon and Nike, which has a kit deal with PSG, did not immediately return requests for comment, and PSG have been similarly silent on Messi’s salary package.

On social media, however, the numbers became visible as soon as rumours of a possible transfer to PSG started.

According to activity tracker Talkwalker, from Friday evening to Tuesday evening, PSG gained three million followers, including 2.1 million on Instagram and 611,000 on Facebook. An estimate by Front Office Sports showed a 4.5 million increase on Instagram alone over the past 24 hours.

In comments in 2021, FC Barcelona president Joan Laporta credited Messi for roughly a third of the club’s income. Consultants BrandFinance estimated his departure could decrease Barca’s brand value by 11%.

For some back in the club shop, the shift of allegiance was already taking place.

“I’m a big Barcelona fan, a Messi fan, I’ll follow him anywhere he goes,” 18-year-old Adiel Ramirez said. Not previously a particular fan of PSG, “I will definitely root for them now that Messi is here”. Reuters/DM