How to build gender equality in a male-dominated sector 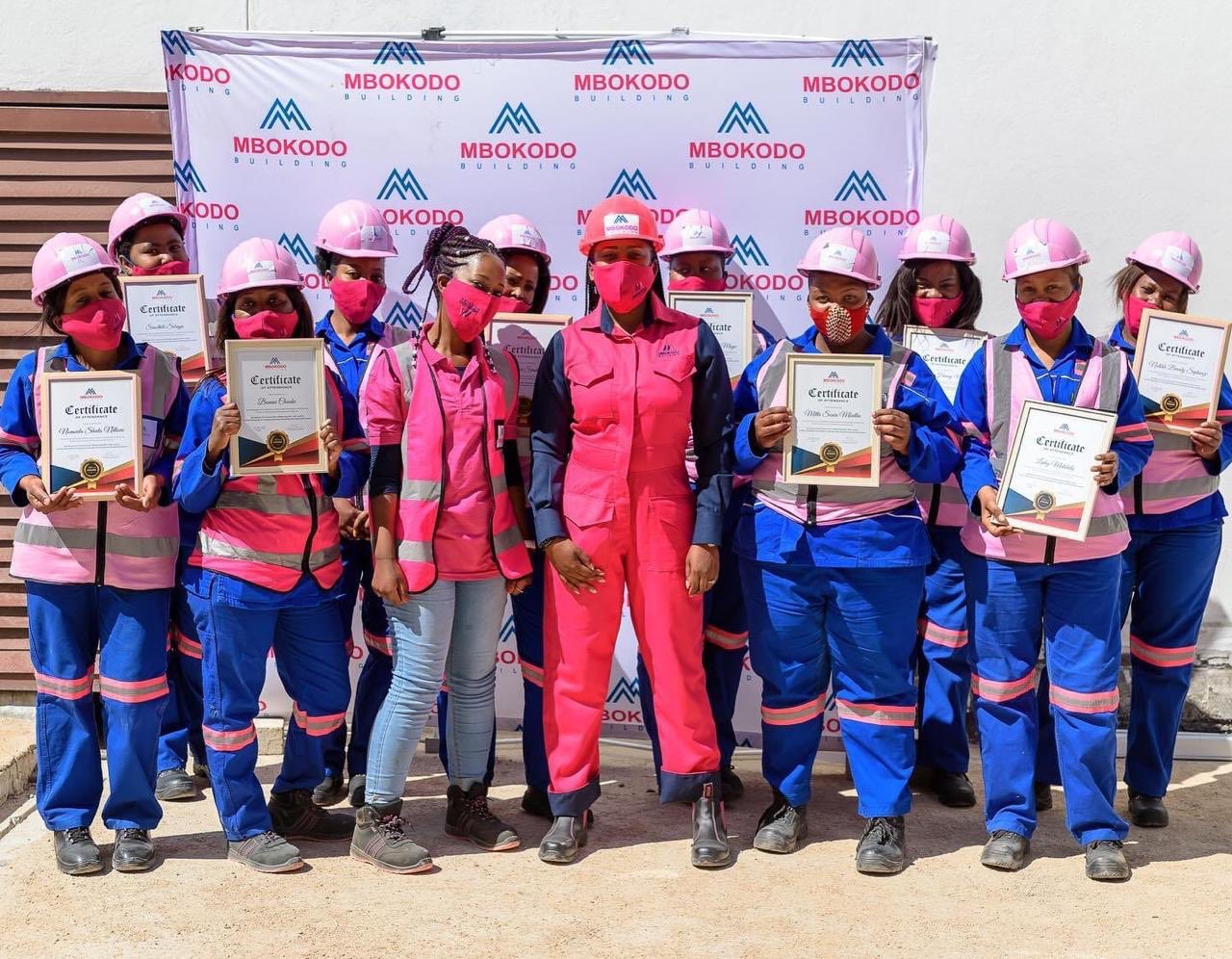 Mbokodo Building has about 20 full-time employees, 80% of whom are women, and about 150 contract workers, which brings the company to an overall gender split of about 40% female.

Only a fraction of leaders in the construction and civil engineering industry are women, but one small business in Soweto sees this as an opportunity, not a weakness.

When Thandeka Nombanjinji-Nzama, the managing director of Mbokodo Building, was a little girl, she visited construction sites with her property developer father and fell in love with the idea of building something from the ground up.

“Back then, I did not see any women. It was a very far-fetched thing to even think about but what I knew deep down was that, because my dad was my biggest inspiration, I wanted to follow in his footsteps once I was older,” she says.

Nombanjinji-Nzama went on to qualify in public relations and run the family’s commercial property business, but her passion for construction kept nagging at her.

This led to her doing an internship at a construction firm and growing the construction business she had registered while studying. Since 2020, the business has been involved in a variety of larger construction and civil engineering projects, particularly in the public sector, such as the building of schools and RDP housing.

Nombanjinji-Nzama is determined to use her business to bring more women into the sector, but this has not always been easy.

“The difficulty is that clients sometimes do not have confidence in us because they feel that women are not capable enough to carry out the work that is required.”

She says this can usually be overcome by showing proof of good work and references. Few businesses run by men face the same scrutiny, she adds.

Direct harassment on construction sites is usually not a problem but, she says, once hired for a project, the fight for respect can continue. She gives the example of a meeting where she was told by other contractors that her team could come in to clean after the others were done – even though her company had a higher grading than some of the others and was there as part of the construction team.

“I was really perplexed by the fact that in this century we still have men that think that way,” she says with a laugh, “but it’s up to us to keep on proving that we are capable of more than just cleaning windows.”

Mbokodo Building has about 20 full-time employees, 80% of whom are women, and about 150 contract workers, which brings the company to an overall gender split of about 40% female. The company’s recruitment strategies are focused on bringing in women, and it also runs a skills development programme for female students coming into the sector.

This philosophy extends to the goods and services the company makes use of.

“Our whole structure is to try and involve females and female-owned entities as much as we can within our group,” Nombanjinji-Nzama says. According to 2021 data from the Construction Industry Development Board, only about 27% of registered enterprises are majority-owned by women.

Gender equality tends to be lower at larger companies with higher gradings.

Only about 15% of public-sector contracts between 2018 and 2020 were awarded to women-owned enterprises.

According to the Engineering Council of South Africa’s 2019/20 annual report, the gender split was overwhelmingly male, with about 1,100 female professional engineers registered, as opposed to 18,300 males.

This was reflected in other categories too, such as professional engineering technologists and registered lifting machinery inspectors. The gap was somewhat smaller in candidate engineers.

Thankfully, there is change in some corners, with Mbokodo Building making a space for itself.

Nombanjinji-Nzama confirms this: “I see it changing. It’s just unfortunate that the progress is very slow but I do believe that one day we will actually get there.” DM168