A harrowing tale: Escape From Lubumbashi – ‘A Refugee’s Journey on Foot to Reunite her Family’ 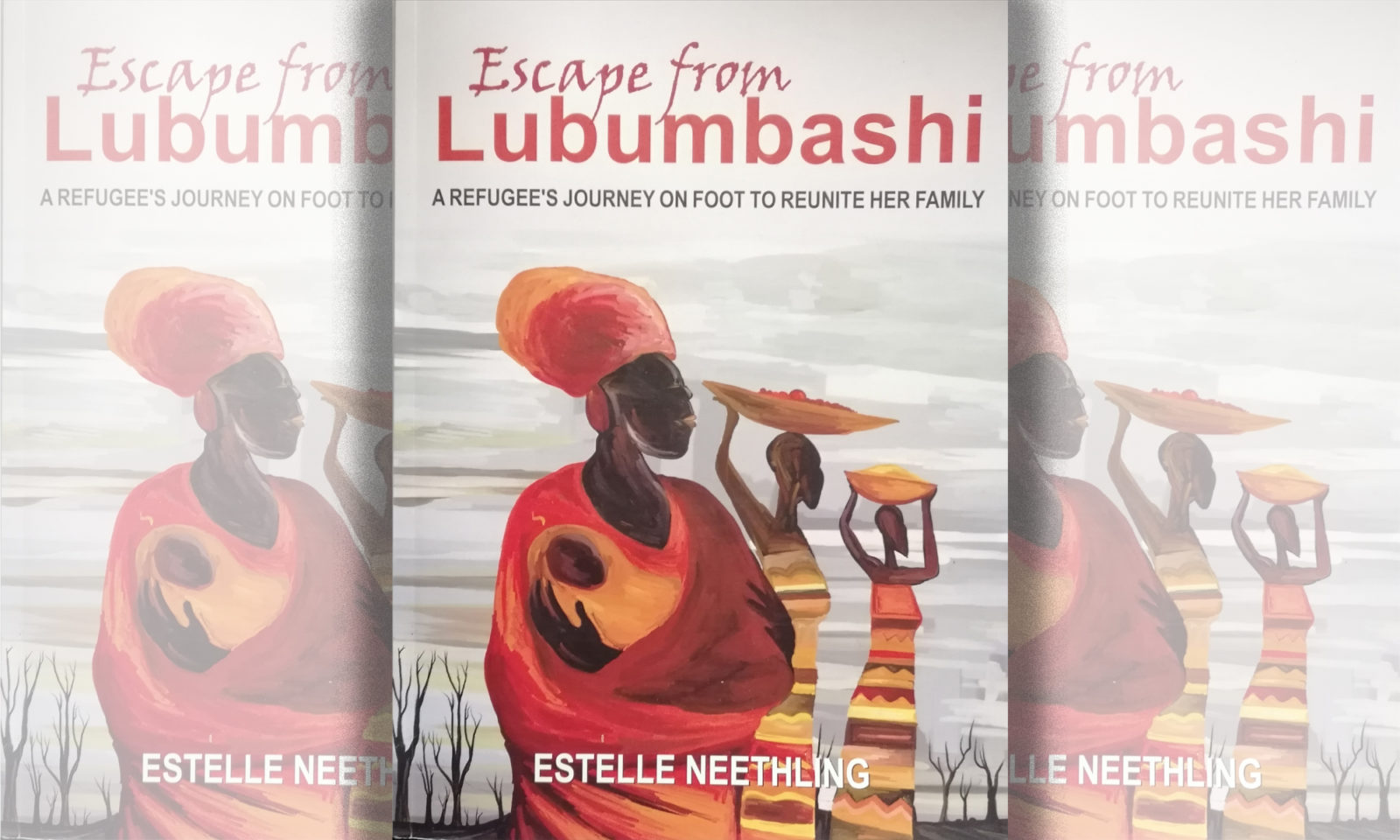 Escape from Lubumbashi – A Refugee’s Journey on Foot to Reunite her Family, written by Estelle Neethling and published this year, is the story of a young Congolese woman’s journey from the persecution by Mobutu Sese Seko’s regime of members of the UDPS opposition party in Zaire.

While these are global issues, they are particularly pertinent to Africa and South Africa as the major drawcard for refugees on the continent.

The story of Adolphine Misekaba is recounted with empathy and compassion by an author who reveals her own journey from “unconscious racism” to sensitisation to and concern with the plight of refugees and the pain of estrangement through her work with the South African Red Cross Society. Adolphine’s journey is disclosed in two parts. Part One reveals an idyllic early family life in Lubumbashi, Zaire (renamed the Democratic Republic of Congo by Mobutu in 1971).

Interspersed with descriptions of family members and events, the turbulent and tragic history of the Congo is laid bare. The last days and assassination of Patrice Lumumba are vividly described. In his last letter to his wife, Pauline, he decries the betrayal and corruption of so-called Western allies. He observes: “History will one day have its say, but it will not be the history that is taught in Brussels, Paris, Washington or in the United Nations.”

The increasing political violence, the massacre of Kasaians and the brutal murder of her two brothers provided the early impetus for her flight from the country of her birth, and the rise of the megalomaniacal dictator Mobutu’s from obscurity to president is documented in detail.

The role played by Adolphine’s father echoes throughout the tale, and the picture that emerges is a touching portrayal of a doting family man, medical doctor, international artist and political activist. In 1996, her father, mother and three of her siblings disappeared from their home, never to be seen again. Shortly thereafter members of the Union of Federalists and Independent Republicans, a political party in the DRC, came for her husband Sepano.

The human aspect of the story is made more poignant by the use of quotations at the beginning of some chapters and the inclusion of photographs.

The second half of the story covers her 10-month journey, with a 16-month-old child and her five-year-old brother, from the Congo through Zambia and Malawi to Cape Town in search of protection, and ultimately to find her husband.

Refugee life in Cape Town brought its own challenges. Integration is the process by which migrants become a part of their new community, the delicate, critical transition from outsider to insider. Successful integration is hard to measure because it is multilayered, touching every part of the migrant experience, from education to housing, political participation and civic engagement.

The integration of Adolphine and her family in South Africa was not a “delicate transition” but an interminable story of bureaucracy, discrimination, xenophobia and crime. Ultimately, however, it is about the triumph of the human spirit.

Adolphine’s story lays bare the plight of thousands of migrants who have been forced to flee the lands of their birth. This narrative is a significant awareness-raising instrument for understanding the push factors that give rise to forced migration, and the challenges facing refugees, and will add considerably to the migration/refugee/human rights discourse. In Adolphine’s words: “Perhaps if people knew more about us, how we struggle to survive, there would be more understanding in the world”. DM/ML

Escape From Lubumbashi – A Refugee’s Journey On Foot To Reunite Her Family is published by the University of South Africa Press and available on BooksUp.co.za and Amazon.