Let’s hope the South African government can find some... 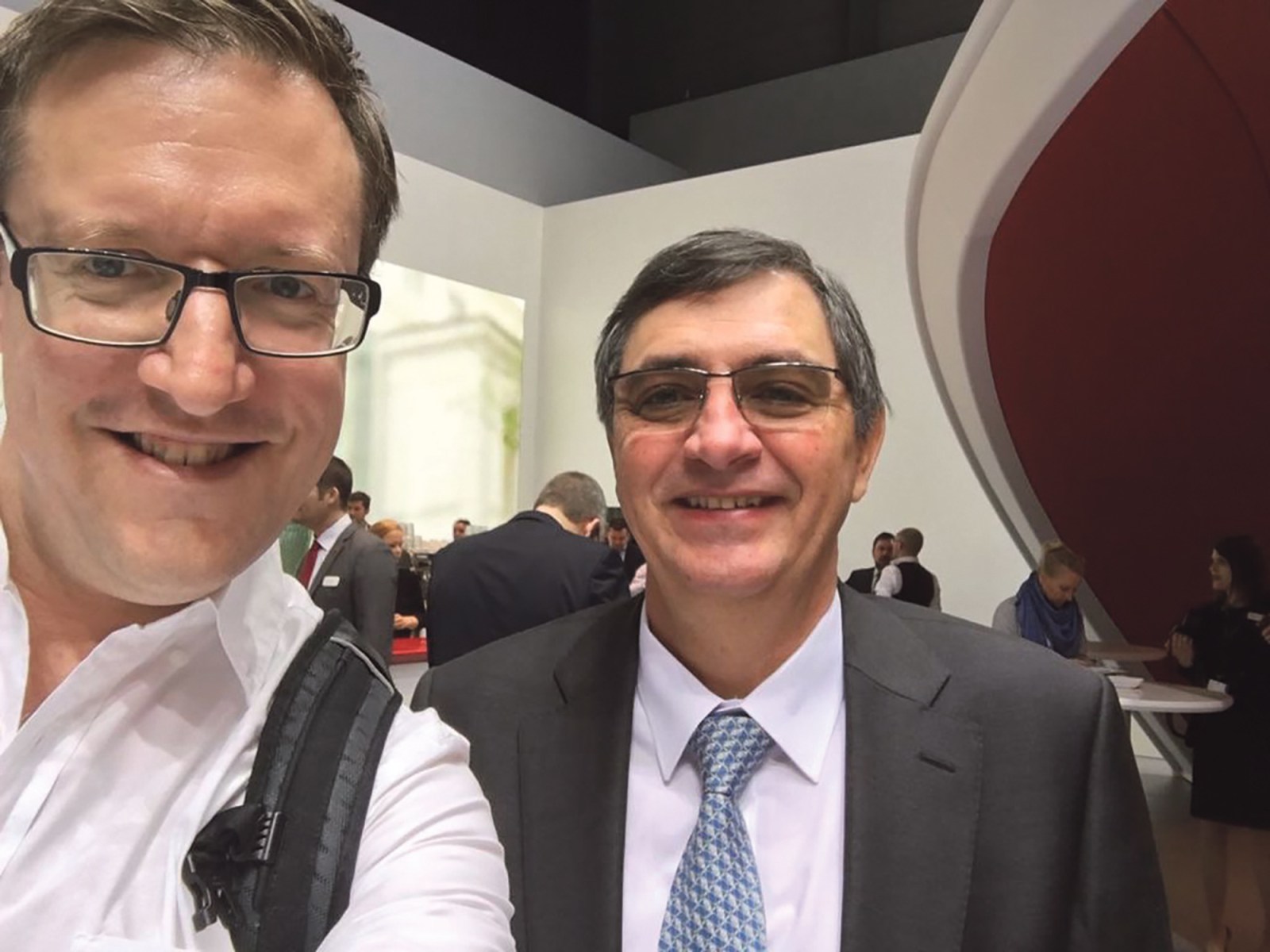 For the Department of Trade, Industry and Competition, carrying on without Dr Johan Van Zyl is a necessity. Let’s hope the government can find someone with his legendary agency to execute his vision of an inclusive, green economy in SA

When I got to the top of the hill, a middle-aged man with dark hair drifting to salt-and-pepper was already there. This was a car launch, so there were a few PR folk milling around anxiously and it seemed clear that he knew them well, but that he was not directly involved with their work. He did not interfere.

He was of middling height and ordinary build, and was otherwise unremarkable apart from a pair of watchful, kind eyes. It was winter, and he was wearing jeans and a fleece jacket.

“Hello,” he said with a gentle Afrikaans accent, proffering his hand to shake mine and introducing himself as “Johan”.

I greeted Johan back and waited for the event to begin. I was then reasonably young and new at motor industry reporting, so – and I cringe at the memory of this – it was only a few minutes later that I worked out that “Johan” was in fact Dr Johan van Zyl, then CEO of Toyota South Africa Motors, and that I really ought to have recognised him.

Thereafter, Van Zyl and I would cross paths from time to time. Mostly, we would meet at Toyota South Africa Motors’ head office in Marlboro, near Sandton. For an industry reporter, getting 45 minutes with the boss of the country’s biggest car company was a big deal, but certain things stand out about those meetings as always slightly different.

The first thing was that he seemed preternaturally relaxed. “Let’s take a boardroom. This one seems to be empty,” was a kind of style I was not accustomed to with CEOs whose PAs have no doubt booked The Man a boardroom for his meeting with the press. I think he liked the rooms at the reception to the building because it played to his proletarian disinterest in ceremony, his focus on doing the job, and doing it visibly.

Then, I quickly learnt that he was meticulously prepared and – worse – appeared to have read everything I had ever written about the industry, whether it was my view on the steering feedback on an obscure new sports car in a column buried deep in the paper, or a news piece on government industrial policy on page one. Of course, a man like Van Zyl would have had good communications support and the scribbles of this correspondent would have been presented to him along with all the rest, but he was remarkable because he seemed to have not only read it all but also to have memorised the key points he wished to raise.

If he ever disagreed with or took umbrage at anything I ever wrote, I would never hear of it, but he was, in the way of very clever people who have patience, relentlessly convincing. There can be no doubt that a meeting with Van Zyl sharpened the wits. His attention to detail made you honest.

As Toyota SA CEO he helped design local automotive policy. I asked somebody who might remember this to do a little reminiscing. Lionel October, erstwhile long-time director-general at the then Department of Trade and Industry, was happy to.

“He made an invaluable contribution. You know, he had a really phenomenal brain. If it wasn’t for his skills, I really don’t think we’d have an industry like we do today.”

Referring to various incarnations of the country’s regulatory frameworks for the motor industry, October said that Van Zyl “worked with us on the [Motor Industry Development Programme], the [Automotive Production and Development Programme] and the Masterplan, which we’ve used in other sectors as well”.

Looking back, it seems remarkable that he was able to cope with what his workload became. After 10 years running the South African operation and cementing its dominant position in the industry locally, in 2013 he took over leadership for the company in Africa.

This prepared Van Zyl for what was to come in 2015 – the expansion of his role to incorporate that of CEO of Toyota Europe. There, not only did he have to contend with the entrenched and merciless competition of the European manufacturers, but he also faced the challenges of a rapidly tightening environmental space. Based in Brussels, Van Zyl witnessed the strength of the European Union’s (EU’s) commitment to the Paris Agreement.

If Van Zyl failed at anything at all, it would be to get his superiors in Tokyo to recognise and act on the threat this posed to the company’s market share in the long term in Europe as the company focused on hybrid, plug-in hybrid and hydrogen technologies – and spurned electric vehicles. In any case, he oversaw record sales in Europe during his time there – famously breaking through the one million sales barrier in 2017.

Retiring earlier this year, Van Zyl returned to SA and his family. Booted upstairs to chair of Toyota South Africa, he turned his considerable spare capacity and seemingly boundless goodwill within government, to preparing SA for an environment in which 80% of the South African motor industry’s markets will no longer allow petrol and diesel cars for sale after 2030, and which will require all exporters to account for every gram of carbon in their products.

His involvement with the Public-Private Growth Initiative (with his great buddy Roelf Meyer), and his leadership of the Green Hydrogen Advisory Panel, are examples of how he’s walked with regulators for years.

At the height of his career, as a senior managing officer at the company, CEO of Toyota Africa and CEO of Toyota Europe, Van Zyl for a while found himself with responsibilities in Brussels, Joburg and Tokyo. His schedule was punishing, but if it took its toll – and surely it did – he wore it lightly. Somehow, despite the staggering size of his job – looking after more than 30,000 staff, 10 factories and sales in more than 100 countries – he never stopped being an Afrikaans guy from Springs. It never left him.

In March 2017, at the zenith of his insane schedule, I was in Geneva for the motor show. For whatever reason, I was late for the Toyota presentation and was hurrying to the stand when I heard a familiar voice booming out across the Palexpo convention centre. It was Van Zyl. After his presentation, surrounded by journalists from all over the world trying to get his attention for a quick sound bite, I called out his ubiquitous nickname in SA: “Doc!”

He saw me and came over to chat. It was my habit at the time to take selfies with SA motor industry bigwigs on the international stage. The terrible picture here is that selfie, and it was the last time we met in person.

For the Department of Trade, Industry and Competition, carrying on without Van Zyl is a necessity. His insight into the environmental requirements of doing business with the EU in the decades ahead has sparked activity in government, with hydrogen special economic zones due to open in the Northern Cape and at the Vaal, and a green paper on the production of electric cars in South Africa.

Let’s hope the government can find someone with Doc’s legendary agency to execute his vision of an inclusive, green economy in SA. That would be a suitable legacy. DM168