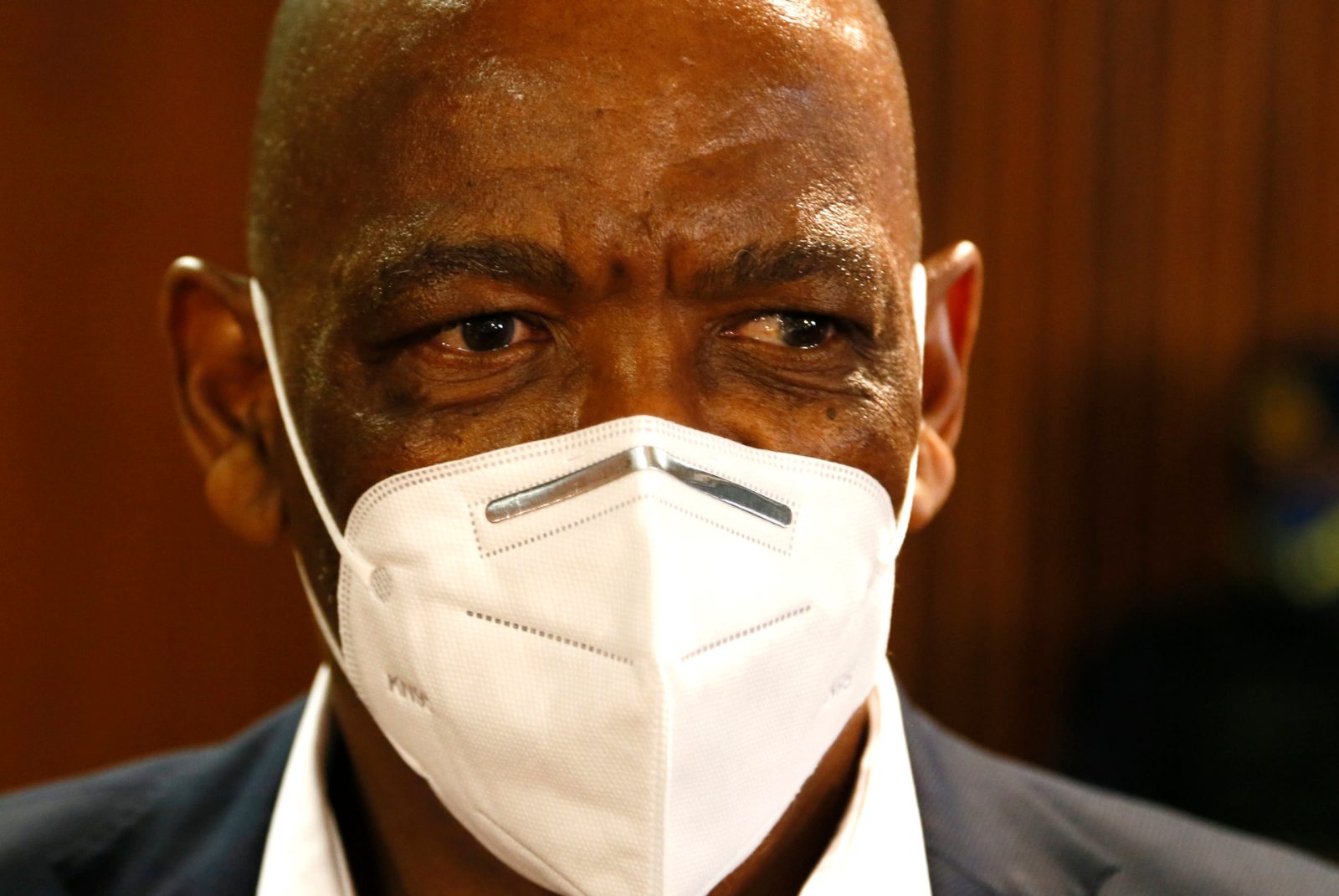 The corruption, fraud and money laundering case against Ace Magashule and his 15 co-accused was postponed in the Bloemfontein high court on Wednesday to 19 October. The suspended ANC secretary-general has cast doubt over a key witness in the R255-million Free State asbestos contract case while businessman Edwin Sodi wants all charges dropped.

While the pretrial hearing in Ace Magashule’s corruption, fraud and money laundering case was postponed in the Bloemfontein high court on Wednesday, the suspended ANC secretary-general has hinted that he will continue to question the evidence of his former personal assistant, Moroadi Cholota.

Magashule and his 15 co-accused, including five companies, made a brief court appearance on charges related to the R255-million Free State asbestos audit contract awarded to Edwin Sodi and the late Ignatius Mpambani’s Blackhead Consulting and Diamond Hill Trading joint venture, the large majority of which was allegedly siphoned off by the businessmen and their allies in government.

The pretrial hearing was postponed to 19 October 2021 due to a number of the accused having recently changed lawyers or being in the process of applying for representation from Legal Aid. Prosecutors are also yet to submit a number of key notices needed before a trial date can be set.

Representing Magashule and Sodi, Laurance Hodes SC questioned the case against his clients.

When Magashule and his co-accused first appeared in court in November 2020, prosecutors revealed that Cholota, his personal assistant while he was Free State premier, had turned state witness. Cholota is reported to have asked Mpambani to make various payments to third parties, allegedly on behalf of Magashule, which prosecutors will argue was linked to the asbestos contract.

Hodes argued that it was factually incorrect to consider Cholota a state witness as she did not implicate Magashule during her appearance at the Zondo Commission and because she had not signed a statement prepared for her regarding the corruption case.

“The current status, my lord, is that they had drafted a statement from her or on her behalf but they haven’t obtained one as yet,” Hodes told Judge Cagney Musi.

Prosecutor Johan de Nysschen said Cholota submitted a statement to the Zondo Commission, prepared by the same attorneys used by Magashule, then testified at the commission and later submitted another statement that was prepared with the assistance of Zondo’s investigating team, which hasn’t been signed.

While Hodes argued that the court should rule that Cholota will appear as a witness for the defence, meaning Magashule’s team can help prepare their witness, the judge said the matter should be decided when the case goes to trial.

Outside court, Magashule suggested the NPA had lied about turning Cholota as state witness and claimed the case was part of a political conspiracy to sideline him in the ANC.

After he was criminally charged, Magashule was forced to step aside as ANC secretary-general. The Gauteng high court dismissed his application to challenge the step-aside rule, which he is currently appealing.

“I have not done anything wrong. It’s all a waste of time by the NPA.”

Hodes SC also called for the charges against Sodi to be dropped. The high-flying businessman was arrested in September 2020 shortly after giving testimony at the Zondo Commission.

Hodes said it was unconstitutional for the NPA to lay charges on the basis of Sodi’s testimony at the commission as self-incriminating answers at the inquiry cannot be used in a criminal trial.

News24 reported that the State Security Agency, the DA and Free State Development Corporation had raised security concerns over Magashule’s court appearance, worrying that it could be used to reignite the type of unrest witnessed in Gauteng and KwaZulu-Natal after former president Jacob Zuma’s incarceration.

Only around 100 people gathered outside of court on Wednesday to support the former Free State premier. Daily Maverick witnessed two supporters carrying firearms.

“This whole saga has been characterised by political manipulation and we will prove it. The court will prove the SG’s innocence,” said Magashule supporter Babiki Dewet. DM