Zambia on a knife-edge, with a tight race expected between top contenders 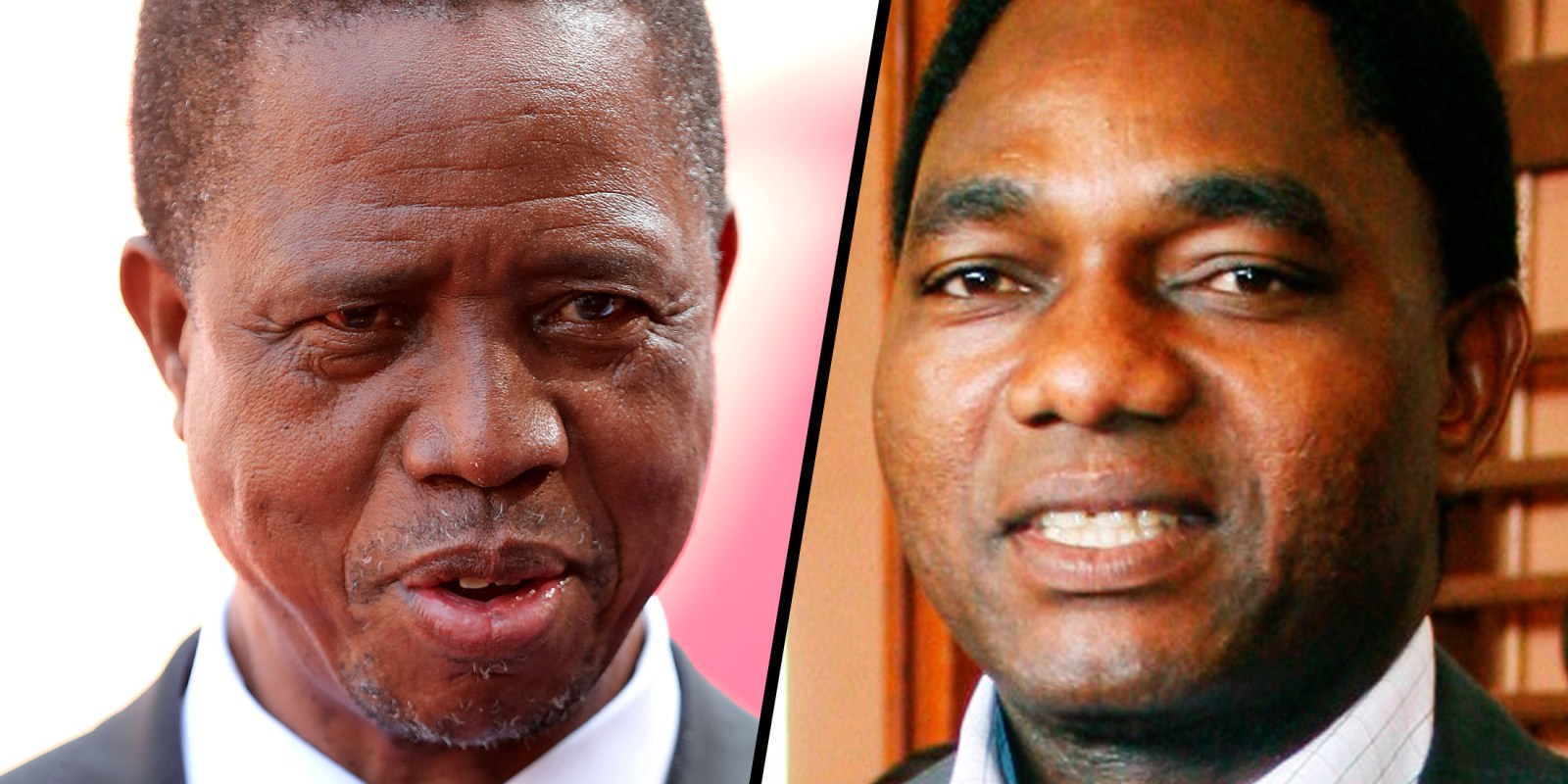 Thursday’s presidential, National Assembly and local elections will mostly revolve around the economy. Zambia’s expected GDP growth this year is 0.6% after a 3.5% contraction last year, among the worst on the continent.

Zambians are preparing to head to the polls in general elections predicted to be a tight contest between the opposition candidate, Hakainde Hichilema, and the incumbent, President Edgar Lungu.

Due to Covid-19 there have been no official rallies and mass gatherings like in previous times, at least not for Zambia’s opposition United Party for National Development (UPND).

“The campaign has been going horribly,” said Thabo Kawana, the UPND’s national media director. “It is nothing that can be referred to as a free and fair campaign, because the democratic space has shrunk horribly.”

Thursday’s presidential, National Assembly and local elections will mostly be fought around the economy. Zambia’s expected GDP growth this year is 0.6% after a 3.5% contraction last year, among the worst on the continent.

Food prices have increased to such an extent that many people can’t afford basic food items any more, and many have taken to not only skipping meals, but skipping days of food, Kawana said.

Even employed people, like security guards and the paramilitary police members deployed for security around malls where they say crime is on the increase, complain that their salaries are not enough to make ends meet.

Kawana said this suffering was because the contested 2016 results had gone the wrong way. One of the white doves released by President Edgar Lungu during his inauguration dropped to the ground and refused to fly even after being thrown into the air again – and this was a sign from God that the wrong person was in charge, he said.

“Zambia is a deeply religious country. The people demanded change and change is coming,” Kawana said. “You can’t suppress the will of the people and the will of God.”

Kawane quoted the UPND’s internal party poll as showing that it would get at least 65% of the vote, and Lungu’s supporters make similar claims about his expected victory. Most analysts, however, reckon the contest will be closer than this, and that it could even spill over into a second round if there isn’t a clear majority of more than 50%.

Lungu reached this threshold for re-election in 2016 by just 13,000 votes, and had only 27,000 more votes than the same rival, Hakainde Hichilema, in the January 2015 presidential by-election, after Michael Sata died in October 2014.

An Afrobarometer report found that the number of respondents who said they would vote for the governing Patriotic Front was down from 44.8% in 2017 to 22.9% in December 2020.

Lungu’s inauguration dove disaster was “the genesis. It was the beginning,” Kawana said. “You can see the country has gone down from there and the democratic space has shrunk.”

Zambia’s democracy has declined rapidly and Hichilema has seen the inside of a prison 15 times. He spent 127 days in the Mukobeko Maximum Security Prison in Kabwe on treason charges in 2017. When the then DA leader, Mmusi Maimane, travelled to the country to attend the trial, he was denied entry into Zambia.

Kawana said Hichilema’s imprisonment will stand him in good stead as prisoners have recently been granted the right to vote, and consider Hichilema and other detained UPND campaigners as one of them.

Despite the Covid-19 restrictions applying to opposition campaigns, Lungu and his ministers were still allowed to engage with voters, Kawana said.

Even though 16 candidates are contesting the presidency, the race is really between Hichilema, who has lost all five elections he contested since 2006, and Lungu, who is running for a third time. His first term in 2015 was a short one following the death of Sata in 2014, and Lungu has successfully argued in the Constitutional Court that he should be allowed to run in the upcoming elections.

There was recent speculation, however, that Lungu’s health is bad and that he had struck a deal with a candidate from the smaller parties, Nevers Mumba from the Movement for Multi-Party Democracy, to resign from the race. This would automatically force a 30-day suspension of the elections.

Mumba, at a much-anticipated press conference on Monday morning, attempted to silence speculation by announcing that he was planning to stay in the race.

Lungu’s campaign is centred around infrastructure projects and more control for the state in mining.

Flyovers in Lusaka went up in a matter of months earlier this year, and huge green campaign banners portraying Lungu’s face are hanging from these.

Lungu’s supporters believe Hichilema wasn’t destined to become president either. On Monday they circulated a message claiming that Zambia’s founding father and first president, Kenneth Kaunda, said in an interview a number of years ago that Hichilema’s politics would split Zambia. (The veracity of this claim is unclear.)

Meanwhile, soldiers have been deployed to keep the peace after clashes between party supporters during which two people were killed.

Analysts and observers fear that there could be more violence and instability after the elections if either of the two sides don’t get their way.

Former president Rupiah Banda issued a statement in which he urged aggrieved parties to “use the judiciary to challenge electoral outcomes that they are displeased with”, as had been the tradition.

“Any attempt by any entity acting alone or in concert with others to impose a leadership outside the concept of one man, one vote will be an assault on the sacrifices of our founding fathers and will imperil the sovereignty and independence of the country and also jeopardise the peace and unity of this generation and those to come,” Banda said.

“We have chosen for ourselves a system that gives legitimacy to those in government through the ballot box.”

The US adopted a more punitive approach, with that country’s chargé d’affaires in Lusaka, David Young, reminding actors in the elections that were fundamental human rights and democratic freedoms to be violated, “the United States can and does apply visa restrictions, travel bans and financial sanctions”.

He said: “We will hold accountable any individuals who promote violence, undermine electoral processes, engage in fraudulent or corrupt behavior, or otherwise violate democratic rights and the foundations of free elections.”

He added that Zambia had a commendable record of democratic elections and that Zambians should shun violence. DM