South Africa’s Cabinet fiddles while our planet burns: The fire is coming, and our defences are threadbare 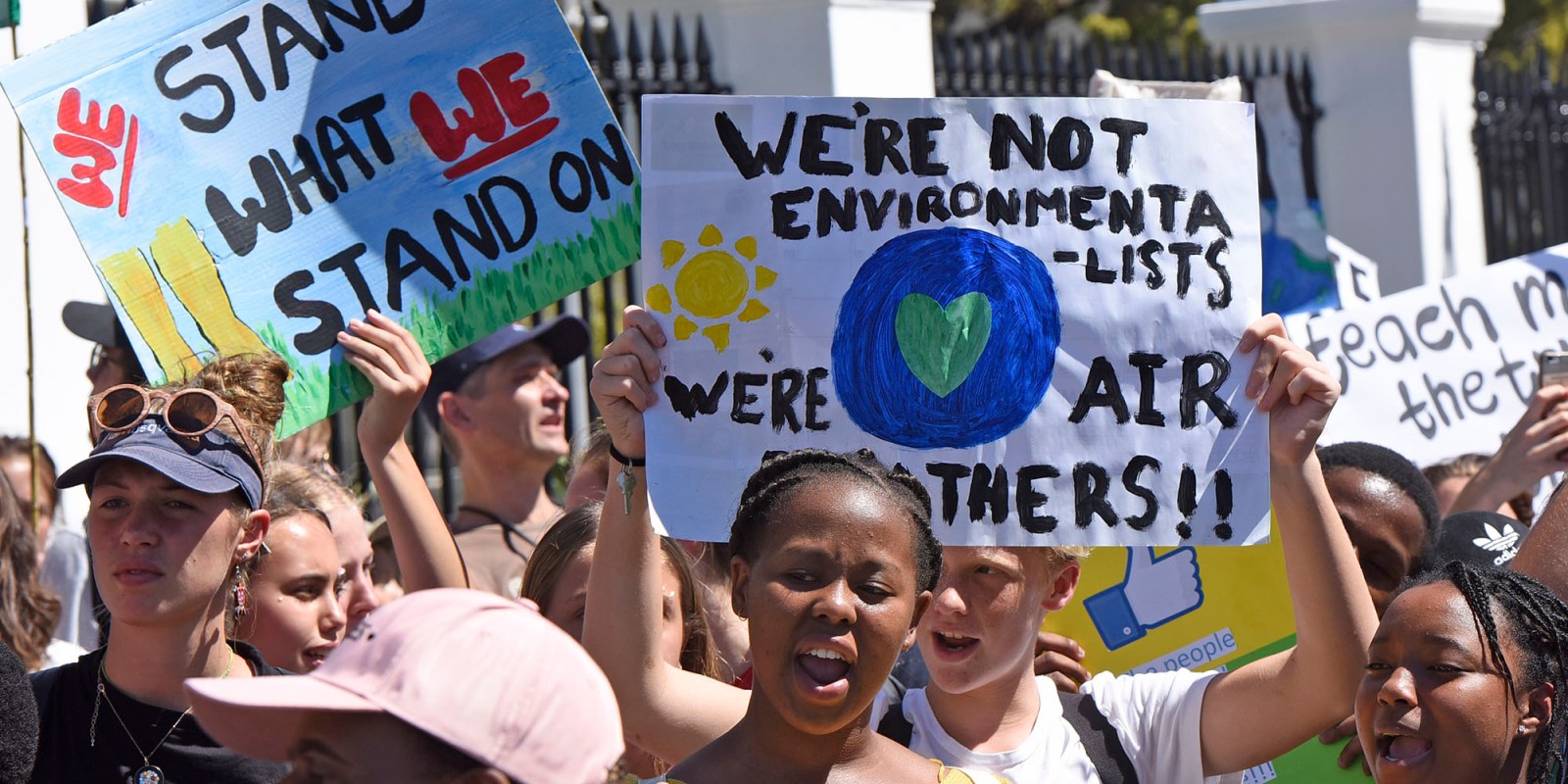 The science is in. Again. The global climate system is crumbling in the face of a virtually unchecked onslaught of human-caused greenhouse gas emissions and irresponsible development. And it’s going to cost South Africa and the world dearly unless drastic changes are made, starting now.

Brandon Abdinor is a climate advocacy lawyer at the Centre for Environmental Rights.

On 9 August 2021, the United Nations Intergovernmental Panel on Climate Change (IPCC) released the first in a series of reports that together will make up the 6th Assessment Report. AR6, as it is also known, addresses the most up-to-date scientific understanding of the climate system and climate change. This is the first report of its kind since 2013.

The report, titled Summary for Policymakers, “provides a high-level summary of the understanding of the current state of the climate, including how it is changing and the role of human influence, and the state of knowledge about possible climate futures, climate information relevant to regions and sectors, and limiting human-induced climate change”.

This article looks at some of the key findings and what they mean for South Africa, as well as emphasising what our policymakers need to be considering in order to discharge their constitutional duty to uphold our Bill of Rights and ensure a safe environment for current and future generations.

A 1.5°C temperature increase is ‘baked in’

The report finds that even under the most radical emissions reduction scenario, we will see a global average land temperature increase of 1.5°C above pre-industrial levels occurring between 2021 and 2040, before tapering off and then slowly reducing. This means that even with the most ambitious and effective mitigation measures, we will experience the climate trends identified in the report to some degree.

This is particularly worrying for South Africa, as the region has been observed to be warming at twice the global rate. Of course, if we don’t mitigate effectively, we will be seeing more disastrous increases, and cumulatively, current emission reduction pledges by the world’s nations are taking us into a 3°C temperature increase in the future, or higher.

Report Finding A3 states that “human-induced climate change is already affecting many weather and climate extremes in every region across the globe. Evidence of observed changes in extremes such as heatwaves, heavy precipitation, droughts and tropical cyclones, and, in particular, their attribution to human influence, has strengthened since AR5 [the previous assessment report, released in 2013].”

Under any emissions reduction scenario, South Africa will see an increase in extreme heat events. It will also experience an increase in heavy precipitation in certain areas, which intensifies the risk of flooding, but overall the country will experience an up to 10% decrease in annual rainfall under a low emissions scenario. This goes up to a 30% drop in a high emissions scenario. Ecological and agricultural drought events are going to increase and soil moisture will decrease, creating conditions for the wildfires that have become increasingly devastating in recent years.

This will obviously have a profound impact on where and how we grow our food in the mid-term, and food security – an identified top climate risk for South Africa – requires planning with climate resilience as a core principle. Urbanisation and settlement patterns will need to be directed and managed with these inevitable impacts front of mind, and disaster avoidance and management will need to be significantly bolstered as a matter of urgency.

It is becoming clear that water use will need to be far more carefully managed and the consideration of water-use licence applications will need to place climate change impacts even more centrally.

The report finds that as systemic CO2 concentrations increase, the carbon sinks that we rely on to keep carbon out of the atmosphere and thereby limit warming, become less effective. Forests, soil, grasslands and the ocean are effectively becoming saturated, having already soaked up 59% of human-caused emissions since 1850.

This means that policymakers must ensure that carbon sinks are not only protected but regenerated to assist humanity in averting irreparable damage. Planning and management of mining, agriculture and human settlements will again need to be responsive to climate change impacts and all play a role in bolstering carbon sinks and avoiding the creation of more carbon sources.

Sea levels have risen by 20cm since 1901. The average rate of increase over this period has been 1.7mm per year, but since 2006 it has risen to 3.7mm per year. At a 1.5°C temperature increase, the sea level will probably have risen by up to 60cm over 2014 levels by 2100, and up to 1m under a high emissions scenario. When we consider the staggering scale of the infrastructure, economic activity and human settlement at or close to sea level, and our extensive coastline, we can see the enormity of the adaptation that will be required over the next 80 years.

Sea level rise as a result of human-caused climate change is expected to continue for millennia, according to the report, and a rise of 15m by 2300 cannot be ruled out in a high emissions scenario.

Water temperature is also increasing and ocean acidification intensifies until 2040 in all emission scenarios, but tapers off and eventually reverses in a low emissions scenario. This in turn affects marine biodiversity and could lead to a decline of fish stocks and other impacts, affecting those who depend on the ocean for food.

Unsurprisingly the report repeats the now-familiar clarion call – we need to drastically and urgently reduce greenhouse gas emissions, emphasising that every tonne of CO2 emissions causes more global warming. It is estimated that about 2,400 Gt CO2 (gigatonnes of carbon dioxide) have been emitted since widespread fossil fuel use heralded the dawn of the industrial revolution in around 1850. Each 1,000 Gt CO2 is likely to have caused a 0.45°C increase in temperature and we have a remaining carbon budget of as little as 300 Gt CO2 if we want an 83% chance of limiting warming to 1.5°C. If we are happy to gamble with settling on a 2°C increase, that budget goes up to 900 Gt CO2.

How should South Africa’s policymakers respond?

We urgently need our long-awaited Climate Change Act. This critical piece of legislation must give the state the necessary teeth to ensure that parties and sectors are subject to strict carbon budgets and emissions reduction targets. Perhaps as importantly, the Climate Change Bill released in 2018 for public comment sought to establish a governance framework that would ensure all economic sectors and tiers of government are empowered and enabled to respond to the crisis in a systematic and holistic manner. But the act needs to be stronger than what the government had proposed in the bill, which lacked a sense of urgency and meaningful prohibitions against climate-harming activities.

Climate change adaptation is not getting anywhere near the attention demanded by the dire state of the climate. South Africa is characterised by a proliferation of vulnerable groups who are known to suffer the worst of the impacts of the climate crisis, and it is not inappropriate to conclude that climate change impacts will intensify the social conditions which in part gave rise to the instability and violence we have seen in recent weeks.

Regulators and decision-makers in the environmental management, water use, spatial planning and agricultural spheres must assess developments more completely, strategically and holistically. We cannot continue to assess projects and developments in isolation from their cumulative impacts on the climate system, but rather need to evaluate overall effects and the externalised and social costs of climate change. Assessments must be benchmarked against the safest possible temperature increase limits, and not against weak and politically driven emissions reduction targets.

South Africa, like every other nation in the world, needs to dig deep and adopt ambitious climate response plans. The draft Nationally Determined Contribution update released by the government in March 2021 is still deemed by experts to be “highly insufficient”. The update seeks to limit emissions within a band from 398 to 440 metric tons of carbon dioxide equivalent (Mt CO2e), while the Climate Equity Reference Project, (which takes a country’s socioeconomic ability to mitigate into account, along with its current and historical responsibility for emissions) finds that we need to be aiming for a band of 274 to 352 Mt CO2e to reflect a fair share contribution to maintaining warming to 1.5°C.

There is a lot of work to do, and strong commitments to be made, and the IPCC report shows us more clearly than ever that there is no time to waste. OBP/DM

South Africa’s Cabinet fiddles while our planet burns: The fire is coming, and our defences are threadbare