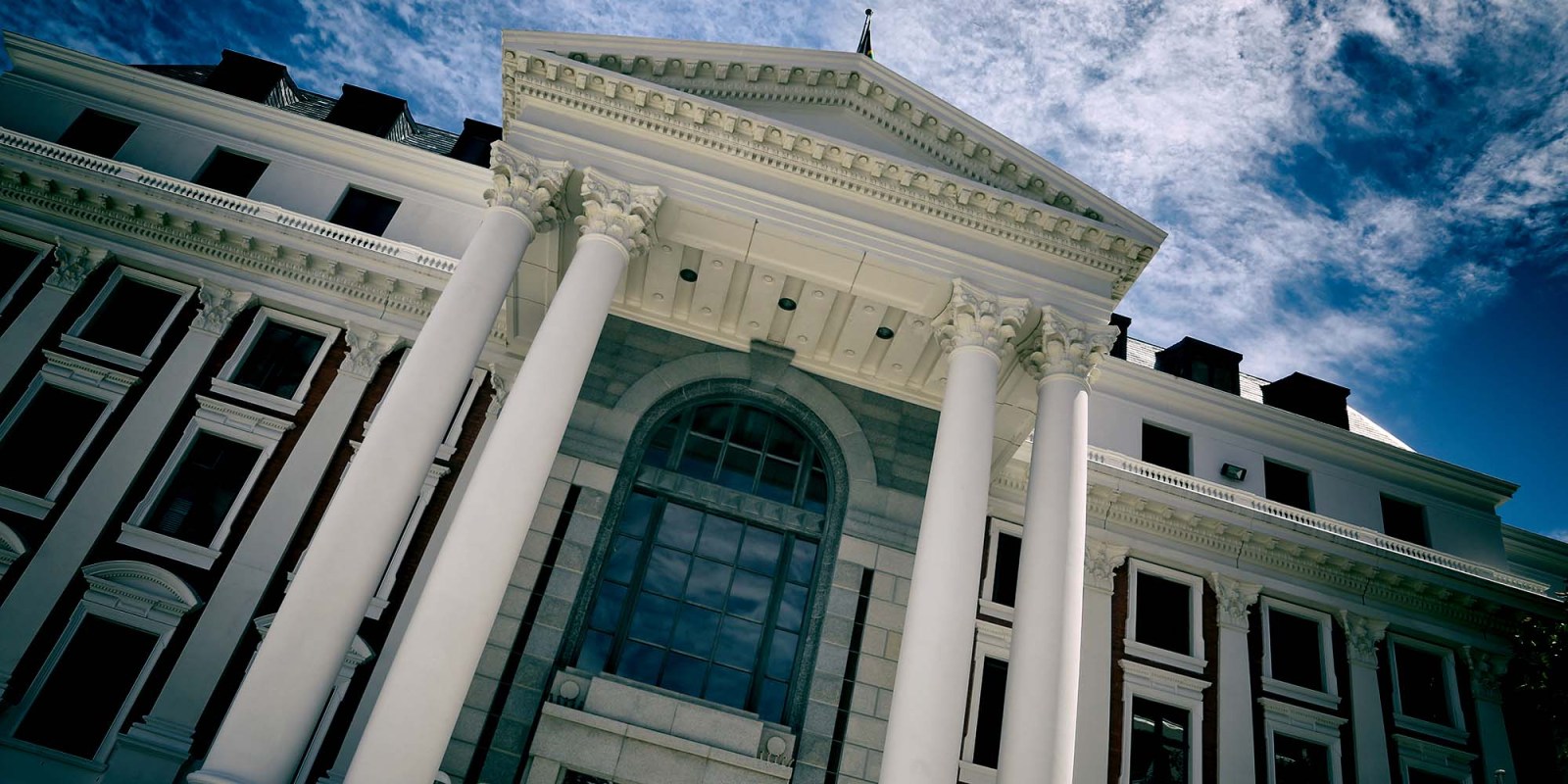 In its latest submission to Parliament, SECTION27 says the old apartheid-era Copyright Act of 1978 must give way to the Copyright Amendment Bill. (Photo: Leila Dougan)

As part of the public consultation process about the delayed Copyright Amendment Bill, SECTION27 representatives will appear before the Portfolio Committee on Trade and Industry this week to reinforce their case for modernising copyright law in South Africa and protecting public rights of access to basic education, equality and dignity.

In their latest submission to Parliament, the public interest law center SECTION27, has made clear that the old Apartheid era Copyright Act of 1978 must give way to the Copyright Amendment Bill which fulfils constitutional obligations such as rights to education and freedom to receive and impart information, among others.

The submission answers Parliament’s call for public consultation on specific clauses of the delayed Copyright Amendment Bill (Cab) such as; Clause 13 which pertains to exceptions to copyright for educational purposes including fair use; clause 19B which concerns general exceptions around the operability of computer programs under copyright and clause 20 which addresses exceptions to copyright to preserve and protect collections held in libraries, archives, museums and galleries.

These clauses were underlined by President Cyril Ramaphosa last year as potentially unconstitutional because of fears of arbitrary deprivation of property and non-compliance with prospective international copyright obligations that South Africa is yet to undertake.

Ramaphosa raised his concerns in a letter dated the 16th of June 2020 and referred the Cab and Performers Protection Amendment Bill (PPAB) back to Parliament for further consideration.

The Cab amends the Copyright Act of 1978.

The Cab and the linked PPAB had both been passed by the National Assembly and were sent to the President in March 2019 to be signed into law.

SECTION27 representatives will appear before the Portfolio Committee on Trade and Industry this week where they will make their submission in person as part of the public consultation process about the Bill. The submission has been endorsed by prominent individuals and civil society organisations such as Blind SA, the Treatment Action Campaign, Oxford Human Rights Hub, Right to Know and the South African Guild of Actors.

The organisation has spearheaded litigation in recent years to remedy inequalities in accessing the right to education and most recently launched litigation in 2021 on behalf of Blind SA to compel the state to ensure that learners and students living with disabilities have access to educational materials at the same level as those learners and students living without disabilities. At the heart of the court challenge is the constitutionality of the Copyright Act of 1978 since it limits people with visual and print disabilities to have access to works in accessible formats such as Braille, audio versions or copies of published works in large print. That’s because the vast majority of books are published in print and not in formats that are accessible to persons with visual and print disabilities.

In its submission to Parliament, SECTION27 states in part; “We submit that the longer Parliament takes to address this unconstitutional situation, the more it remains complicit in the pervasive denial of the right of access to educational and cultural materials for persons living with disabilities.”

SECTION27 further makes the case in its submission that the current Copyright Act 1978 is “likely unconstitutional on the grounds that it limits several rights in the Bill of Rights — including the rights to equality, education and dignity. We submit that it must be amended to respond to the needs of democratic South Africa.”

The Cab makes provision for modern technological advances which the current Copyright Act of 1978 does not and as such SECTION27 notes that the Act is rendered obsolete in part, given that it does not have provisions that consider the advent of the internet.

The Covid-19 global pandemic has been a stark reminder of the outmoded piece of legislation since it could not provide a legal framework for access to online educational materials.

“In particular, during the Covid-19 pandemic, at different stages of restrictions the government has required that educational institutions move tuition online, demonstrating the inadequacy of the current Copyright Act and the need for a law enabling the digitisation of educational materials…” reads the submission in part.

SECTION27 answers reported concerns about the Copyright Amendment Bill depriving authors of original works of making a profit by arguing that the provisions contained in the Bill are “necessary to realise constitutional rights that are currently being denied to people living in poverty, people living with disabilities and people seeking to realise their rights to participate in cultural and linguistic life and education at all levels through the apartheid-era Copyright Act. Section 9(2) of the Constitution, in fact obliges the state to be proactive and adopt legislative and other measures to promote the achievement of equality for these categories of person that have been disadvantaged by unfair discrimination.”

SECTION27 attorney, Demichelle Petherbridge explained; “The Cab modernises the law and will ensure the realisation of various constitutionally protected rights including the right to equality, dignity and basic education by improving access to educational materials, especially for those who are blind or visually impaired. It further ensures that South African law complies with developments in international law, particularly international treaties that South Africa has ratified such as the UN Convention on the Rights of Persons with Disabilities.

“SECTION27, therefore, urges Parliament to urgently pass the Cab, as its provisions are crucial to addressing inequalities further entrenched by the current legislation.”

Dr Sanya Samtani, copyright and human rights expert, will present the submission in Parliament this week along with Marcus Low, who is the Editor for Spotlight NSP and participant in the Marrakesh VIP Treaty negotiations.

Dr Samtani explained: “Access to educational materials has been recognised by South African courts as part of the right to education under the Constitution. Amongst other things, this obliges the state to take steps to ensure that private parties do not prevent the right from being realised. The exceptions for educational purposes introduced by the Cab would constitute meaningful progress in discharging the state’s duty to fulfil the right to education for all and bringing the current Copyright Act 1978 in line with the Constitution. There is a clear constitutional purpose underlying these exceptions — they are not arbitrary.” DM/MC