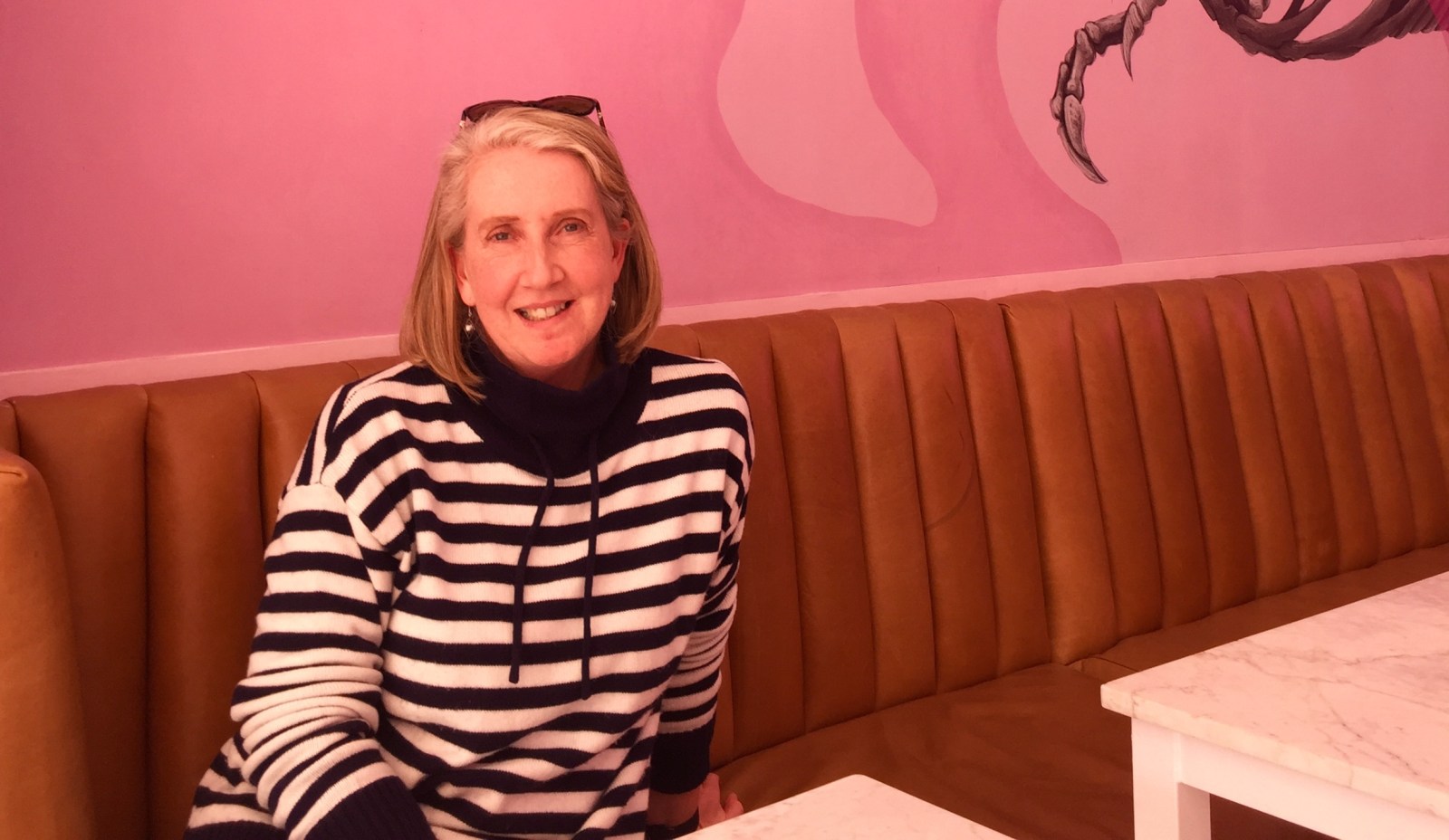 It wasn’t that long ago that investing in stocks listed on the JSE was for wealthier people, people who by virtue of their education or passed-down knowledge knew how the system worked. You needed a stockbroker and a minimum investment of at least a thousand rand or two.

How things have changed. Today investors have dozens of affordable online stockbroking platforms to choose from, complete with online tutorials. These platforms range from full-service online stockbrokers to funky low-cost options like EasyEquities, where individuals can invest as little as R50 in fractions of shares – both locally and internationally.

My guest at lunch today is Helena Conradie, the outgoing CEO of Satrix, who has witnessed this change first-hand over the past 20-odd years. We are having lunch at the aptly named I Love the Dough, a pizza-house-cum-cocktail-bar located on Bree Street in Cape Town. With its candyfloss pink walls, neon signs and giant dinosaur mural, we suspect that, had the joint been full, we would easily have been the oldest people in it. Except that it wasn’t full. Just five days after restaurants were allowed to reopen and the booze ban lifted, this delightful spot was eerily quiet. We, however, were just happy to be out on a cold but sunny Friday afternoon with a glass of white wine in hand, and classic Neapolitan-style pizza and salad to share.

The conversation flowed and often the interviewer felt like the interviewee. Conradie is genuinely interested in people, so much so that she managed to squeeze in a psychology major en route to earning a master’s in applied mathematics. And while she has had an illustrious career in the investment world, her humanity has come to define both her management style and her focus on financial inclusion and making investing accessible to all. The importance of this cannot be overestimated in a country where people do not have the comfort of intergenerational wealth transfer.

“Democratising investment wasn’t a term we knew back then, but your gut tells you which way to go,” she says, then telling me the story of Afika Soyamba, who gave his one-year-old son an investment plan for his birthday.

Conradie was already a quantitative analyst at Sanlam when the JSE, Gensec – which became Sanlam Investment Management – and Corpcapital founded Satrix. In 2020, the flagship Satrix 40 ETF was launched. This was the first exchange traded fund (ETF) in SA and it literally allowed people to “own the market”, as the payoff line brags. Index funds, including ETFs, track market indexes like the JSE Top 40 or the S&P 500 and offer investors the benefit of broad, diverse holdings combined with low cost. These funds have been a force in enabling access to diversified investment portfolios for even the smallest investors. Conradie says that the game-changer after the launch of the first ETF was the launch in 2006 of the Satrix Investment Plan. “The minimum investment was R300, which was unheard of then.” By 2010 Satrix had funds under management of R10-billion and in 2012 Sanlam outbid Deutsche for its share of the business in a blind auction and assumed full control. This was an inflection point, both for Satrix and Conradie, and in November 2013 she was appointed CEO. In the ensuing eight years the business grew exponentially as ETF investing caught on, new products were launched and more competitors arrived on the scene.

ETFs are commodities, Conradie says. The way to differentiate one business from another is by building a brand, obviously, but also by being willing to go the extra mile when it comes to solving client problems. “You cannot survive by simply pushing a product.” Today Satrix boasts assets under management of R140-billion.

Another turning point for the business was the launch in 2017 of offshore ETFs. This was something that could not happen when Deutsche was invested, as it owned the db X- tracker range of ETFs (now owned by Sygnia).

“A 50-50 partnership is never an easy thing and I think we were really able to drive the business forward once we had full control.”

The ETF space is notable for its strong female personalities, among them Sygnia’s indomitable founder, Magda Wierzycka. But it is really Conradie and Nerina Visser, director of etfSA.co.za, who have shaped the space over the past eight years. There is a similarity in their career paths in that both studied applied maths at Stellenbosch and sang in the university choir. But where Conradie is more reserved, Visser is an extrovert who is hard to miss in a room. That said, Conradie is no pushover – something her male compatriots misread in her quieter demeanour. “I was often mentored to be more aggressive. But I’m not soft; my style is inclusive and purpose-driven. I have fostered an ownership culture at Satrix, where people account for their actions and believe their contribution is making a difference.” Without deliberately walking the transformation road, she has also built a very diverse team. “Men believe that strength comes from being the same. I find strength in diversity.”

While a career forged in the masculine environment of the late 1990s and early 2000s is a subject worthy of a bottle of wine (or two), so is the discussion on the evolution of active versus passive investing. But as we were both driving, we kept a lid on it and agreed that this argument has largely been put to bed. It’s worth mentioning, though, that I Love the Dough’s cocktail menu is the thing to look at – not the wine list.

Satrix now manages more than 100 funds, including 21 ETFs and 17 unit trusts, a 70/30 split of institutional to retail clients and a growth runway that would make any competitor envious. Is now really the time to leave?

“I am not Satrix, and Satrix is not me,” she says simply. While no one is indispensable, many would agree that Conradie’s decision to pursue applied mathematics rather than music has left the investment industry infinitely richer. DM168