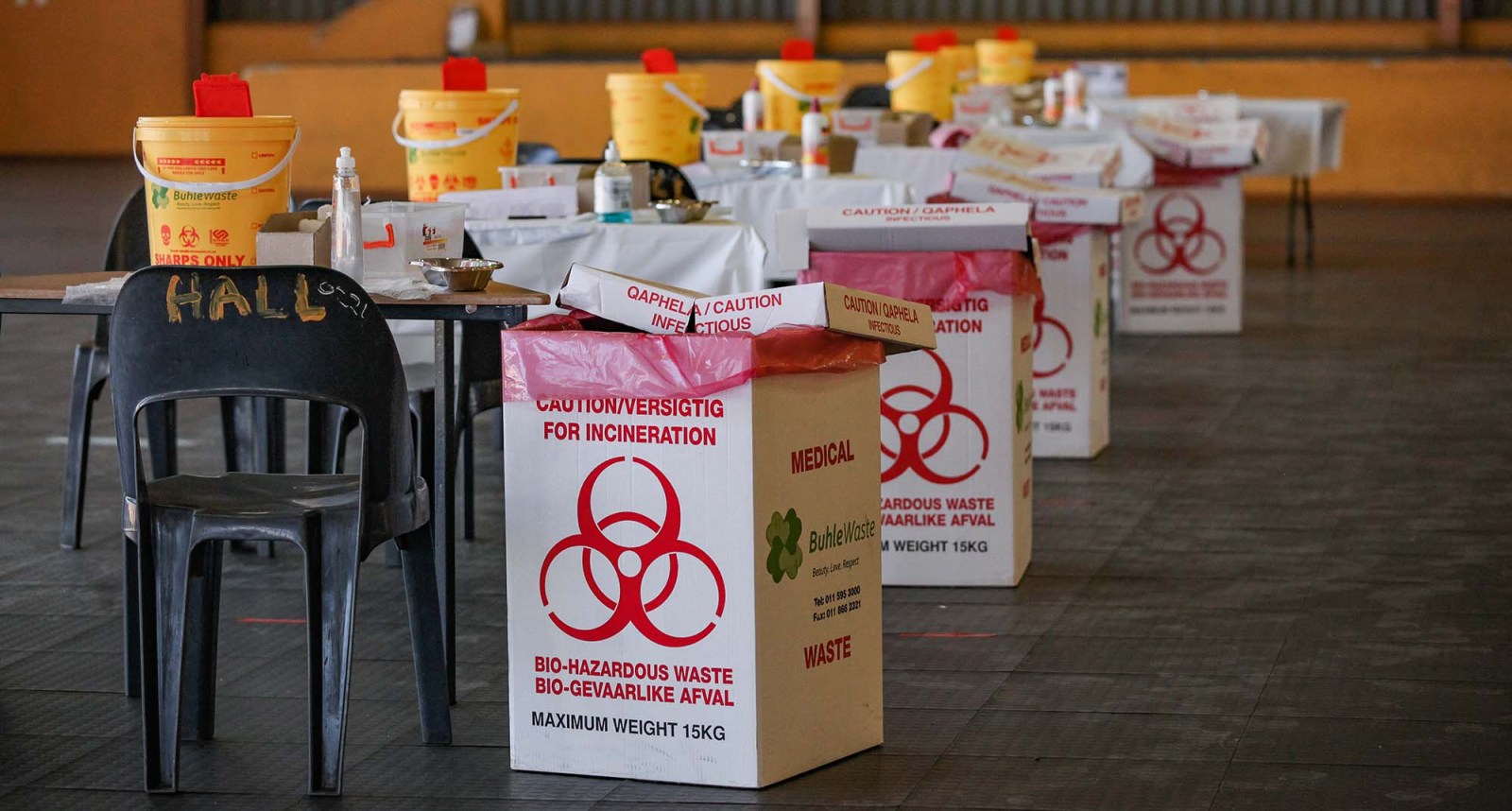 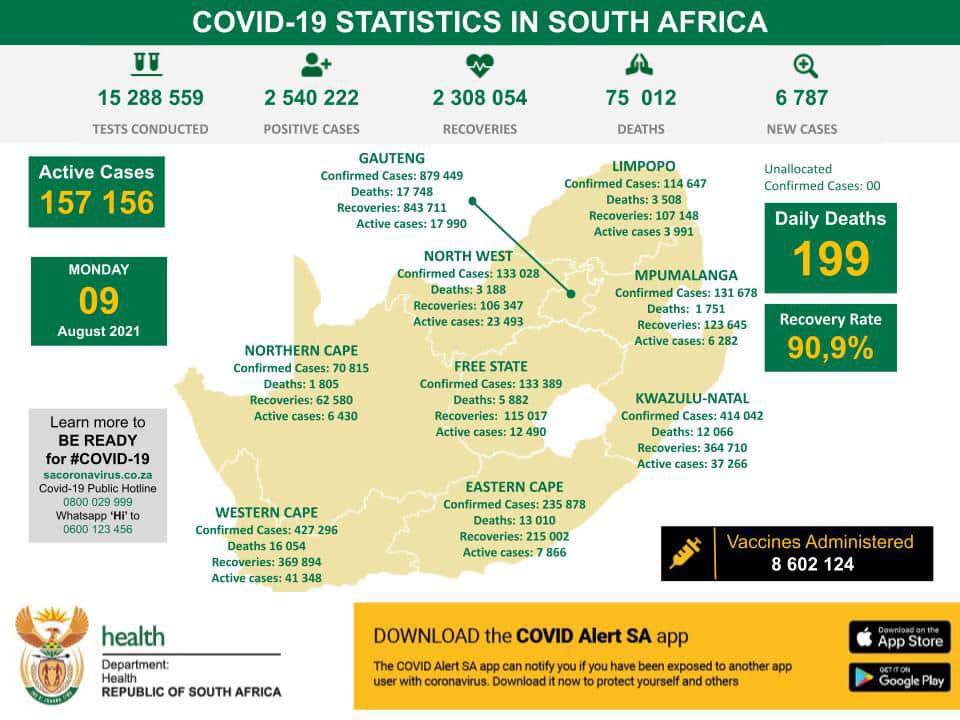 New coronavirus cases in the US surged to the highest weekly level since early February, fuelled by the highly transmissible Delta variant. Deaths rose by 49%, the biggest weekly increase since December.

The Pentagon will require members of the US military to get vaccinated by September 15, the Associated Press reported. The US Centers for Disease Control and Prevention raised the travel advisory for France and Israel to the highest level.

Pfizerpartner BioNTech raised its 2021 vaccine sales forecast by 28%. Moderna will supply South Korea with less than half the planned number of vaccine doses in August due to production problems.

A preliminary Israeli study showed that a booster dose of Pfizer-BioNTech’s vaccine led to similar or less-severe side effects in most of those who received it than the second shot.

US prepares to send vaccines to Mexico

The US is preparing to send Mexico vaccines from Moderna and AstraZeneca in coming days to bolster its southern neighbour’s fight against Covid-19, according to people familiar with the discussions.

Vaccines were set to be discussed on a Monday afternoon phone call between Mexican President Andres Manuel Lopez Obrador and US Vice-President Kamala Harris.

Lopez Obrador said at his morning press briefing two weeks ago that Mexico had a new offer for more vaccines from the US after he had requested five million vaccines in April. AstraZeneca shipments were delayed due to problems at manufacturer Emergent BioSolutions in Baltimore.

The US Centers for Disease Control and Prevention raised the travel advisory for France and Israel to the highest level. The agency lowered the advisory for Canada to Level 2, or moderate.

Pentagon to require shots for troops

The Pentagon will require members of the US military to get vaccinated by September 15, the Associated Press reported, citing a memo it said it obtained. That deadline could be pushed up if the vaccine receives final Food and Drug Administration approval or infection rates continue to rise, the wire service reported.

Israel is considering lowering the minimum age for a third dose of the Pfizer-BioNTech coronavirus vaccine to 40 or 50 from the current 60, a health ministry official said. Officials are also considering expanding the booster drive to healthcare workers, said Nachman Ash, director-general of the health ministry.

US cases surge to February levels

Fuelled by the highly transmissible Delta variant, new coronavirus cases in the US rose to 761,216 in the week ended on Sunday, the highest total since early February, according to data compiled by Johns Hopkins University and Bloomberg.

The death toll climbed by 9% to 3,486 for the same period. It was the biggest weekly increase since December. Overall, more than 616,800 Americans have been killed by the virus.

On Sunday, Anthony Fauci, the US’s top infectious-disease doctor, said he’s “strongly in favour” of speeding booster shots to people with weakened immune systems, a further sign of how the Delta variant is shifting the strategies for curbing the pandemic.

Indonesia lays out plans to live with Covid

Indonesia will gradually ease restrictions in several cities, including the capital, Jakarta, as it sets out a roadmap for life with the coronavirus for the next few years.

Those who are vaccinated can go to shopping centres and places of worship in Jakarta and other major cities, with the capacity set at a maximum of 25%, said Luhut Panjaitan, the government minister overseeing the pandemic response. Bali’s situation remains concerning, he added.

The restrictions for Java and Bali are in place until August 16, while curbs for other islands apply until August 23.

Inadvertently mixing a first dose of AstraZeneca’s Covishield vaccine with a second dose of Covaxin – a vaccine made by an Indian drugmaker – led to a higher antibody response in 18 people in a north Indian state against the Alpha, Beta and Delta variants, according to a recent study by the Indian Council of Medical Research.

BioNTech raised its forecast for this year’s Covid-19 vaccine sales to €15.9-billion and said it is pushing forward plans to test its messenger RNA technology in cancer drugs.

BioNTech and partner Pfizer signed contracts to deliver some 2.2 billion doses of the two-shot vaccine this year and more than one billion doses in 2022 and beyond, the Mainz, Germany-based company said Monday. BioNTech had previously predicted €12.4-billion in 2021 revenue from its only marketed product.

The Covid vaccine is on track to be one of the best-selling drugs of all time, with Pfizer saying last month it may generate $33.5-billion in sales this year.

Covid-19 fatalities in Iran hit another record overnight at 588, a day after passing 500 for the first time since the start of the pandemic.

The number of new cases also reached a new high for the second straight day with 40,808 infections over the last 24 hours. Iran, the worst-hit country by the pandemic in the Middle East, has seen 94,603 deaths and nearly 4.2 million cases.

Tunisia said it gave vaccinations to more than 551,000 people in a single day, ramping up its immunisation campaign in a country that’s reported the highest deaths per capita in Africa. Authorities are planning to vaccinate 50% of Tunisia’s population of 12 million people by the end of October. DM