The Borg Identity: DD Mabuza has the superpowers of Wolverine coursing through his veins 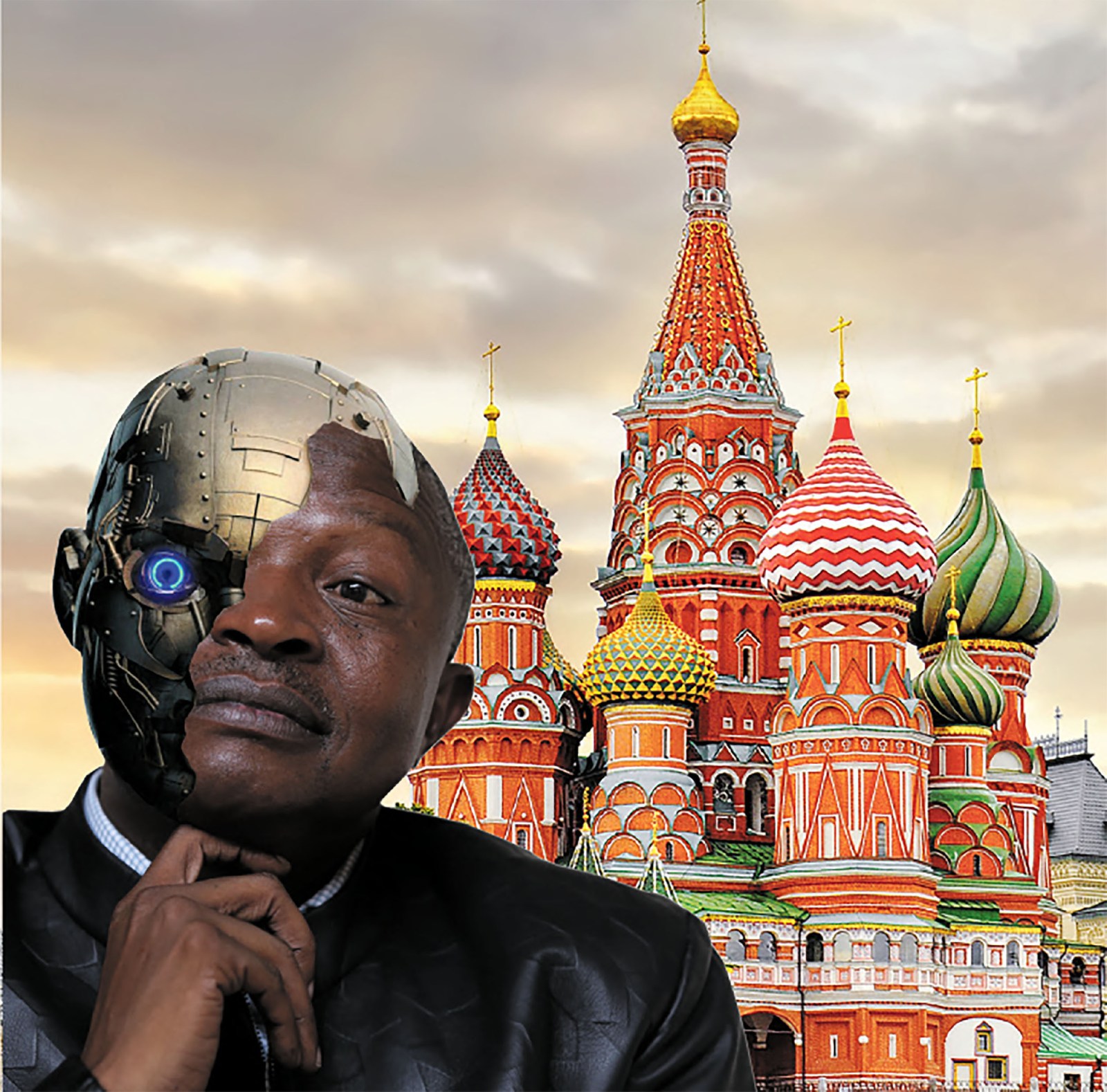 Wednesday, 4 August 2021, was a momentous day in the history of South Africa. It marked a major turning point. This was the day DD Mabuza, the deputy president of the country, returned to South Africa from Russia, where he had been receiving medical treatment for poisoning.

Or, at least, that’s what the nation was told.

The truth is far, far stranger than anyone could imagine. And its consequences are so far-reaching that, in the end, the world will never be the same again.

When Mabuza stepped off the plane (an Aeroflot charter flight direct from Moscow), he looked so good – his eyes were clear, his skin was smooth. He looked at least a decade younger than he had before he went to Russia, leaving behind a land in turmoil. He even looked a little taller.

What had happened, in truth, was this.

There DD was lying in his hospital bed, at a special clinic run by the secret services of the Russian Empire, having just had his first complete blood transfusion to clear out the poison in his veins.

He woke from a little nap to find his close and dear friend, Vladimir Putin, Emperor of all the Russians, standing beside his bed. Vlad had a secret smile playing on his face; it was not unsympathetic, that smile, but it had something slightly mysterious about it.

“Yes, DD,” said Vlad. “Good of me, yes. But you know, of course, that behind my great benevolence towards cases of poisoning contracted in South Africa lies my self-interest.”

“What?” gasped DD, struggling to reach a semi-sitting position. He felt strangely weak yet oddly strong at the same time.

“Yes,” said Vlad. “You know about self-interest. Let’s not play games here, my dear DD. We’re grown men. In fact, we’re grown politicians. And we know where we stand, really, after all the vodka-drinking and the chucking of those little glasses into the empty fireplace so that they shatter with a satisfying tinkle.”

“Ah, right,” said DD, though he was a little puzzled.

“Well,” said Vlad, “it’s time for the truth, DD.” Vlad settled into a chair beside DD’s bed as his security detail of eight heavies in black suits and sunglasses (worn even indoors) stepped back about half a metre to give the emperor and the deputy president some privacy. They knew when matters of state were about to be discussed.

DD looked a little nervous, as he always did when the word “truth” was bandied about, but he said nothing. He trusted Vlad completely.

And this is what Vlad revealed to DD. The Russians, he said, had long been working on a secret experiment that now, he could proudly say, had come to fruition. For DD himself was the ultimate outcome of that experiment, one that admittedly had gone wrong a few times (well, a few hundred times) until now, but Vlad was nearly 100% certain that, at last, it had worked.

“A what?” spluttered DD.

“A cyborg,” said Vlad. “Something less than human, and something more than human. We have slowly replaced your old, poisoned blood with a special liquid titanium – you saw that Wolverine movie, right?

“Okay, it was terrible American propaganda, but what we’ve done is something like what was done to Mr Wolverine. We have put liquid titanium into your veins. You will feel an extraordinary strength building up inside you. You are not quite ready, but in a few days’ time you will come into full power.”

“Quiet, now,” said Vlad. “Just relax. It’s all under control. As we cycle that liquid titanium through your veins, we will also replace your internal organs one by one. They’re coming to the end of their usefulness, anyway. Your heart, your lungs, your liver and your kidneys. Even your pancreas. You might say they have been corrupted, ha ha!”And Vlad laughed his hearty Russian laugh.

“In a few days’ time,” he continued, “you will be a new man. Or, rather, a new creature – a kind of a Transformer. You saw that movie too, right? Yes, it was terrible capitalist neoliberal propaganda against our beloved Russian empire, but it illustrated how technology has moved ahead swiftly, and we Russians have moved most swiftly of all.”

DD sank back into his pillows. He was silent. His head was awhirl.

“Sleep now, my dear DD,” said Vlad, rising to his full height of just over five feet. “You will see. I have participated, myself, in this experiment – and the world will see how successful it is when I rule for a hundred years. And the West makes jokes about my Botox face! Ha ha! If only they knew!”And so it was that, a week later, DD was on a plane back to South Africa. Barely was he off the plane, and having been greeted by cheering crowds of impoverished people from his home province of Mpumalanga, that he went into action.

First, he visited President Cyril Ramaphosa at Mahlamba Ndlopfu. It was not a long meeting.

“I am the DD-borg!” he cried, ripping Cyril limb from limb.

At that moment, DD ceased to be deputy president and became president, as per the Constitution and the dictates of the ANC.

Next, he took a stroll to Luthuli House – or, really, a run, for his titanium-enhanced legs covered the distance between Pretoria and Johannesburg in a mere 10 minutes. Within seconds, that building was a smoking ruin.

An hour later he was in Mangaung, where his comrade Ace Magashule was hiding out.

“Ace!” he cried, his massive fist crashing through Ace’s front door. Before him stood the ANC’s suspended secretary general, still in his pyjamas. He’d been working from home.

“Great,” said Ace. “Then we can complete our plan to make me president, right?”

“Wrong!” cried DD. “Change of plan! You are now dispensable!”

And he dispensed with Ace.

Galumphing his way back to Pretoria, where he had the army, the State Security Agency and the police to deal with (he’d be done by suppertime), DD felt the power coursing through his veins. Yes, it was liquid titanium, he knew, but it felt like power. And power was what he’d always craved. Total power. Now it was within his grasp.

As he approached Mahlamba Ndlopfu (where employees of the Department of Public Works were fixing the window), he felt a tiny scratching in his head, and then heard a weird dzzt-dzzt noise.

He paused. He shook his gargantuan head. The noise was still there. But it was soon replaced by a tinny voice.

“Right,” said the Emperor of All the Russians and Some Crimeans Too. “We implanted that receiver, and we implanted it well. Now we can communicate directly! No more trips to Russia for medical treatment. I’m right inside your head!”

“We’re all very proud of our achievement, DD,” said the Vlad voice. “You are the first South African cyborg, made and embellished in Mother Russia. Congratulations! We’ve been monitoring your progress remotely, and you’ve done well. Very well.”