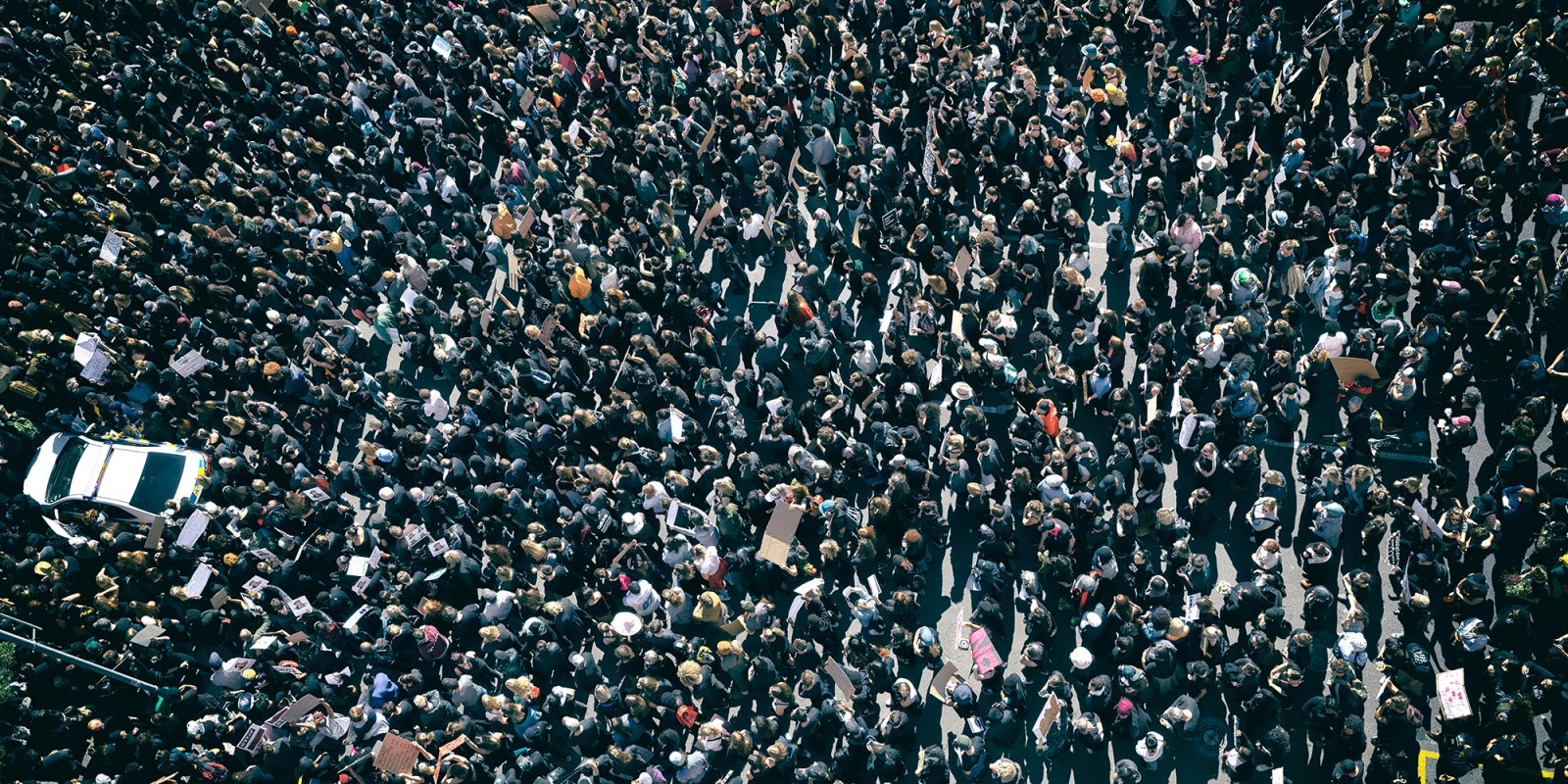 Every year on 9 August, South Africa commemorates Women’s Day and pays tribute to the more than 20,000 women who marched in protest of a system meant to control women and reduce them to passive beings. We remember women, past and current, who have fought tirelessly to ensure the recognition of women’s rights as human rights. We honour and applaud the men who have supported them along the way.

All authors are researchers on a National Counter-Trafficking Study in South Africa.

Women’s Day in South Africa draws attention to challenges that women continue to face such as gender-based violence (GBV), exploitation and human trafficking. Women and girls have become the face of abuse and marginalisation. Many are part of the crime statistics and they remain nameless with their untold narratives.

Every year, Women’s Day comes and goes and women continue to speak out against the violence and exploitation they face. There have been numerous campaigns by women in South Africa against this, with little reform. The #SayHerName campaign strives to shape protest, practice and policy by encouraging accurate reporting of violence perpetrated against women.

Women for Change SA, Girls Against Oppression and Keep the Energy are just three of many social media movements dedicated to fighting GBV in South Africa – each with close to 100,000 followers.

#TheTotalShutdown, in 2018, was a series of nationwide protests and marches demanding that attention be paid to these issues. An estimated 100,000 women were mobilised in various provinces (an estimated 20,000 women marched to the Union Buildings in 1956). However, these movements and women’s rights associations assert that despite their continued efforts, there is little meaningful change.

Femicide and GBV in South Africa remain a widespread problem, a violation of women’s rights and a silent public health pandemic. President Cyril Ramaphosa addressed #TotalShutdown protesters in 2018; pledging support for the cause and saying that “We must intensify the campaign against gender-based violence.”

The multiple risks that plague women in South Africa are evident in the many women and girls we have lost in the recent past. The risks are often intersectional and sometimes complex – making it difficult to understand and tackle them.

The potential contributions of career women are constrained by risks, employment status and lack of protection. Women’s barriers to protection and decent work include exclusionary policies often limiting access to gender-responsive services, health and psychosocial care and legal support, power imbalances at work with the employer, isolation and lack of information to rights and protections. This is not to say that these challenges are specific to women, but they are exacerbated in the case of women workers.

Migrant women are often subjected to restrictive gendered immigration and emigration policies that then channel them into gendered streams of entry into a country – and subsequent work in destination countries. This has contributed to women following their migration-related dreams through irregular, unregulated and unprotected channels – often with the help of unregulated recruiters, or smugglers and traffickers.

Covid-19 has highly gendered consequences, with the World Health Organization (2020) reporting that although the mortality rate from Covid-19 is higher for men, the social impacts show that pre-existing inequalities for females increase the consequences.

With school closures due to Covid-19, women have continued working while running the home and homeschooling. While working from home might introduce possibilities and flexibility, adaptability from both workers and employers is required and the pressures that these bring need consideration. A recent McKinsey report noted that women’s jobs are 1.8 times more vulnerable to the Covid-19 crisis than men’s jobs, and that while women make up 39% of global employment, they account for 54% of overall job losses – with a primary reason being the burden of unpaid care work. This also calls for consideration regarding single and childfree women, who may have other family-related and/or socially sanctioned and gendered responsibilities.

Trafficking of women remains a serious challenge in South Africa. Regardless of the government’s efforts to combat it, it continues to decelerate the achievement of UN Social Development Goal (SDG) #5, which places emphasis on gender equality and the empowerment of women and girls. The trafficking of women for labour and sexual exploitation and domestic work is increasing in South Africa amid the harsh socioeconomic conditions, the Covid-19 pandemic and the ever increasing rate of unemployment.

In acknowledging women’s vulnerabilities, we also need to highlight women’s strengths and their sense of agency. Women can contribute to development, peace and nation building. For example, although women’s wages and incomes are generally lower than those of men, women provide more financial assistance within home settings than men do.

A study by UN Women (2020) noted that women migrants tend to send more remittances (money or goods) back to their families than male migrants. However, this could also be interpreted as meaning that women are expected to carry the burden of supporting their families once employed, whereas this expectation is placed less on men, or fulfilled less by men.

Sadly, due to the nature of many women’s home settings and gendered social norms, women might not have the ability and/or resources to channel their earnings into realisable benefits – ie, the notion of doing more and not just buying more. However, social remittances such as the transfer of practices, norms, and social capital are equally as significant. This is because they can change sociocultural and political norms, influence gender roles and decision-making processes positively. Women are strong, and possess agency and we need to change how we view their strength.

The theme for this year, “Generation Equality: Realising Women’s Rights for an Equal Future”, links to global efforts to achieve gender equality by 2030. The commemoration of Women’s Day gives us an opportunity to reflect on gender equality and women’s rights. In the realisation of an equal future, we should ask ourselves: What does the achievement of gender equality entail?, How committed are we towards creating an equal future?, What role do boys and men play in this agenda?, What about women who do not buy into this ideal of an equal future?, Is there an alignment with indigenous ways of being?

If we do not interrogate such questions, the notion of gender equality and an equal future will continue to remain elusive in many African contexts, including in South Africa, as women continue to be marginalised, violated and exploited.

All authors are researchers on a National Counter-Trafficking Study in South Africa. This work is made possible through support from USAID and the South African Department of Science and Innovation (DSI), as a supplement to a USAID Cooperative Agreement #7200AA18CA00009 (LASER-PULSE) to Purdue University. Contents reflect the views of the authors and do not necessarily reflect those of USAID or DSI.