Biles, Belarus and sports drama: Olympics were full of surprises 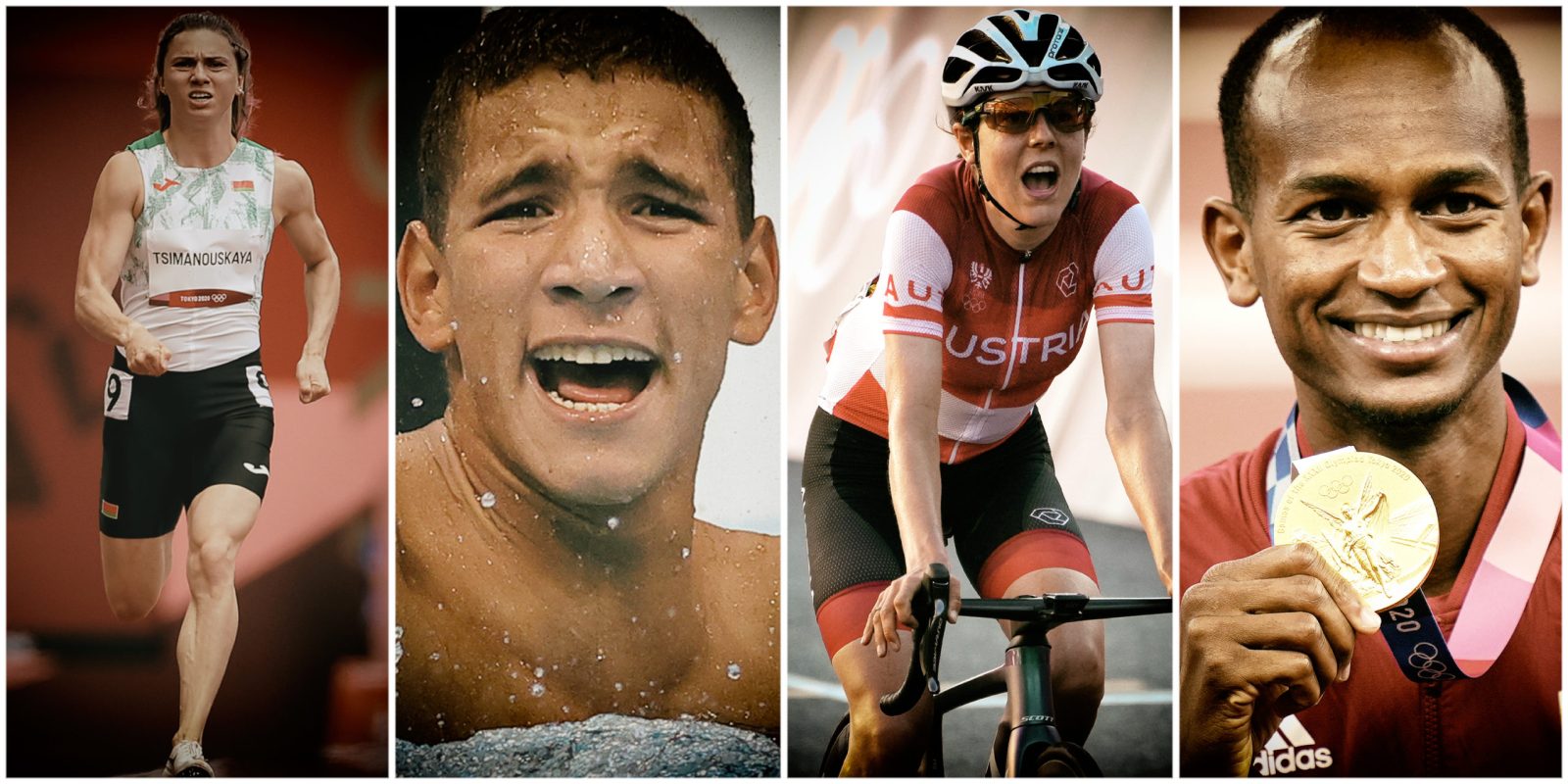 In an action-packed Tokyo Olympics held in the shadow of a pandemic, the upsets were not confined to the stadiums and sports fields.

The following were some of the biggest surprises in the Tokyo Games:

Arguably one of the most dramatic moments of the Olympic Games was when Olympic sprinter Krystsina Tsimanouskaya refused to board a flight home after she was removed from the games and taken to the airport against her wishes.

The 24-year-old athlete was granted a humanitarian visa from Poland after she publicly criticised the national coaching team for negligence. Speaking in Poland, Tsimanouskaya said her family had been afraid that if she had returned to Belarus she would be sent to a psychiatric ward.

US gymnast Simone Biles dropped out of the women’s team event after a single vault at the Tokyo Olympics, only to return after battling a case of “the twisties” to win a bronze on the balance beam.

The 24-year-old American had come to Japan eyeing a record haul of six golds, but shocked the sports world when she pulled out of the opening event after just one vault.

Biles returned to the competition, extolling the importance of prioritising mental health.

“I did it for me and I was just proud of myself for being able to compete one more time,” she said.

Can we have two golds?

Qatar’s Mutaz Essa Barshim, 30, and Italy’s Gianmarco Tamberi, 29, had been neck-and-neck in the men’s high jump competition when they were offered a jump-off to decide the winner.

Instead, Barshim asked: “Can we have two golds?” In an image that became one of the most memorable of the Tokyo Games, the official nodded, and the two athletes clasped hands and whooped for joy.

The Tokyo Olympics marked the launch of new youth-centric sports, with surfing and skateboarding in particular capturing new audiences.

Teens and tweens were centre stage in skateboarding, where at 13, Momiji Nishiya became the youngest Japanese gold medallist after she won the women’s street skateboarding event.

The host nation smashed its own records for medals in Tokyo. Japan won 58 overall, the fifth-highest count, with 27 golds — behind only the United States and China — in sports ranging from skateboarding to wrestling.

Dutchwoman Sifan Hassan was unable to realise her dream of winning an Olympic treble even after her surprise recovery in the 1,500m heat, where she tumbled and fell.

In a remarkable feat, Hassan recovered and ran through the field to win the heat and advance to the semifinals. In the end, Hassan had to settle for bronze in the 1,500m although she bounced back to add the 10,000m gold to the 5,000m she had already secured.

Victory for the teacher

“I am happy that I was not too scared and I just went for it,” said Kiesenhofer after winning Austria’s first cycling gold since the inaugural games of 1896.

Perhaps no medal of the games will be celebrated more wildly than that earned by 18-year-old Ahmed Hafnaoui of Tunisia, who stunned swimming superpowers with victory from lane eight in the men’s 400m freestyle.

“It’s a dream and it became true — it was my best race ever,” Hafnaoui said in an Olympic-level understatement after he held off heavily fancied Australian Jack McLoughlin and American Kieran Smith despite qualifying slowest for the final.

Days after lighting the Olympic cauldron, Japanese superstar Naomi Osaka exited the tennis competition in the third round.

The world number two was knocked out by Czech Marketa Vondrousova in her first tournament since pulling out of the French Open in May, when she said she had been suffering from depression for almost three years.

“I definitely feel like there was a lot of pressure, this time around,” Osaka said. “I think it’s maybe because I haven’t played in an Olympics before and for the first one to be here was a bit much.”

Italians rejoiced after their athletics team won their fifth gold in Tokyo, pushing their overall medals total above the previous record of 36 at the 1960 Rome Games.

Lamont Marcell Jacobs delivered probably the biggest shock win in the history of the 100 metres when he took gold. “Italy keeps on dreaming… we’re the fastest in the world,” read the headline of daily Corriere della Sera after Italy then added a surprise 4×100 metres men’s relay gold, beating Britain by one hundredth of a second.

Women in the games

Some of the most dazzling and dramatic moments of the games came from women.

American Raven Saunders made a protest from the podium and Kiwi Laurel Hubbard became the first openly transgender Olympian to compete in a different gender category to that assigned at birth.

“The Duel in the Pool” between American Katie Ledecky, the dominant woman in swimming at the 2016 Rio Games, and Australian Ariarne Titmus was one of the most exciting of the games.

Titmus, dubbed “The Terminator”, took Ledecky’s crown in the 200m and 400m freestyle while Ledecky proved untouchable in the longer distances, winning gold in the 800m and 1,500m.

Another Australian, Emma McKeon, made history by becoming the first woman swimmer to win seven medals in a single games, four of them gold. Reuters/DM