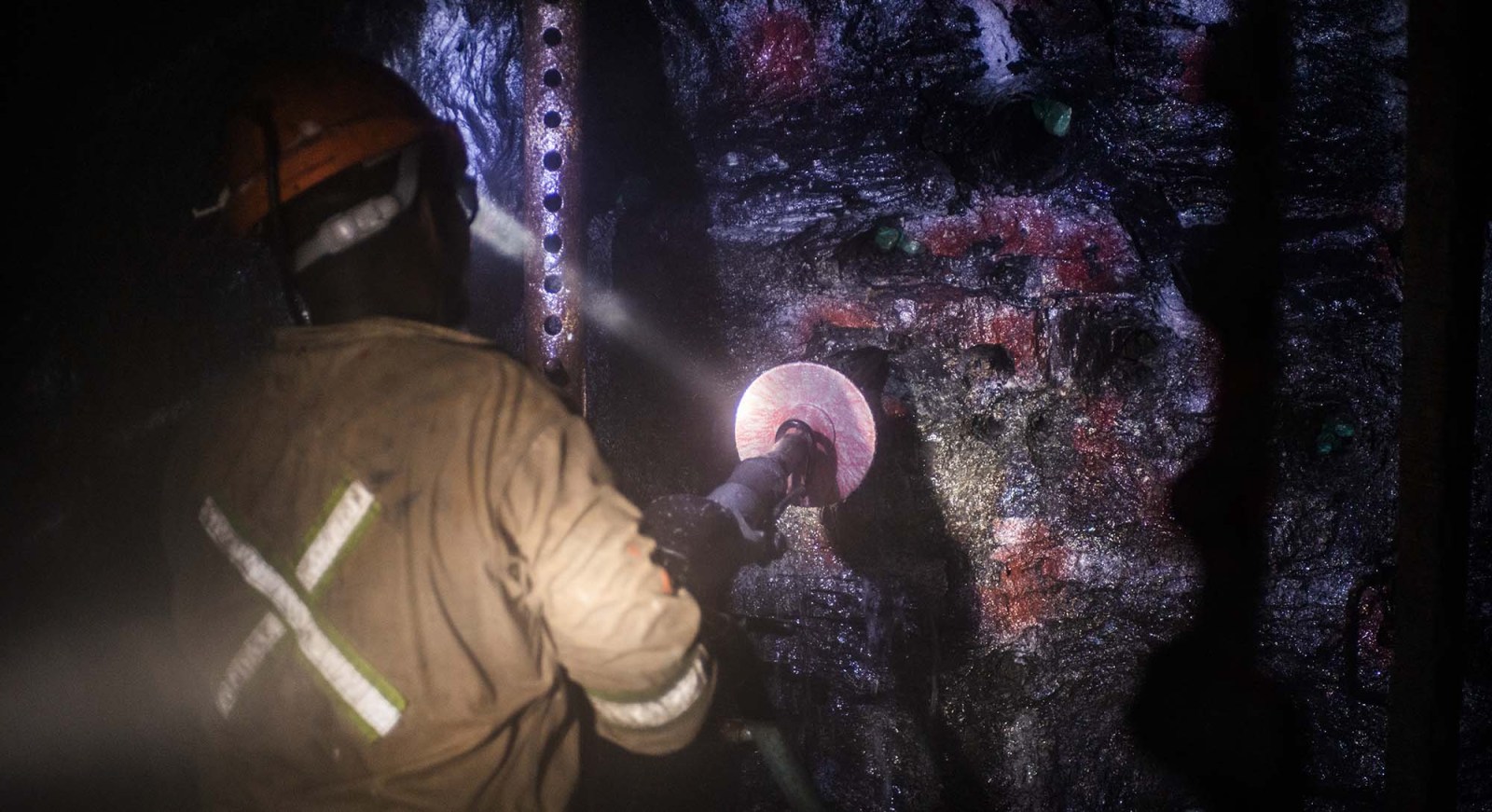 A miner operater at a Sibanye-Stillwater platinum mine. (Photo: Waldo Swiegers / Bloomberg via Getty Images)

AngloGold Ashanti posted a slight decline in interim earnings and said its main Ghana mine would remain closed for the rest of the year, news which sent its share price as much as 12% lower on Friday. Meanwhile, Sibanye-Stillwater signalled it expects to unveil another set of record results this month.

AngloGold, Africa’s biggest producer of the precious metal, which retains its primary listing on the JSE but no longer has operational assets in South Africa, said its earnings fell to $363-million in the first half of 2021 from $404-million in the same period last year – a decline of 9%.

“Headline earnings were lower year on year due to lower gold production, stronger exchange rates of the Australian dollar and South African rand against the US dollar, and higher costs,” the company said.

That’s still a solid set of results – the company is making money, a dividend was declared and it cut its net debt by 41%. But its share price took a nosedive on news that its Obuasi mine in Ghana, which was closed in May after an accident, would probably not reopen this year.

Obuasi at times blooms like a rose among AngloGold’s suite of assets, while at other times it is the proverbial thorn. A few years ago it was mothballed and subsequently invaded by thousands of artisanal miners. In early 2017 AngloGold announced that the Ghanian army had “largely cleared” Obuasi of illegal miners, setting in motion plans to bring the mine back to life.

In December 2019, the first gold bars in more than five years were poured at Obuasi, signalling its rebirth as AngloGold embarked on a remake into a low-cost, underground mechanised operation.

But a pillar collapse on 18 May brought production to a grinding halt. Production is unlikely to restart this year and the loss of output to AngloGold for the year is estimated to be 220,000 to 270,000 ounces as a result.

“We are taking a cautious approach appropriately in understanding what happened,” interim CEO Christine Ramon told Business Maverick. “The mining activities have been suspended at Obuasi but what we have recommenced is construction of Phase 3 of the project.”

A comprehensive review is being conducted and Ramon said: “We don’t know what exact date we will be restarting, but following the completion of the review we’ll be able to put out a firmer update in that regard.”

On 1 September, Colombian economist Alberto Calderon will assume the role of CEO at AngloGold and Ramon will return to her role as CFO.

Also late last week, Sibanye said in a trading update that it expected attributable profit to rise 162% to a half-year record of between $1.69-billion and $1.724-billion. The underlying reasons are higher gold and platinum group metals (PGMs) production and the much higher prices that PGMs fetched in the period than in the same time last year. Sibanye started out as a spin-off of Gold Fields, taking over the latter’s labour-intensive South African gold operations, and has since moved hugely into the PGM space – a move that is proving extremely profitable.

Other platinum producers, such as Anglo American Platinum, have also posted record profits for the first half of 2021, driven by the likes of rhodium – a key but scarce catalyst for petrol engines – which hit $30,000 an ounce at one point this year. Gold prices also remain elevated by historical standards at around $1,800 an ounce, so a diverse precious metals production profile is no bad thing to have at the moment. DM/BM