State Security Agency, fingered by Lindiwe Sisulu for ‘harassment’ of department officials, finds itself under investigation for wiretaps 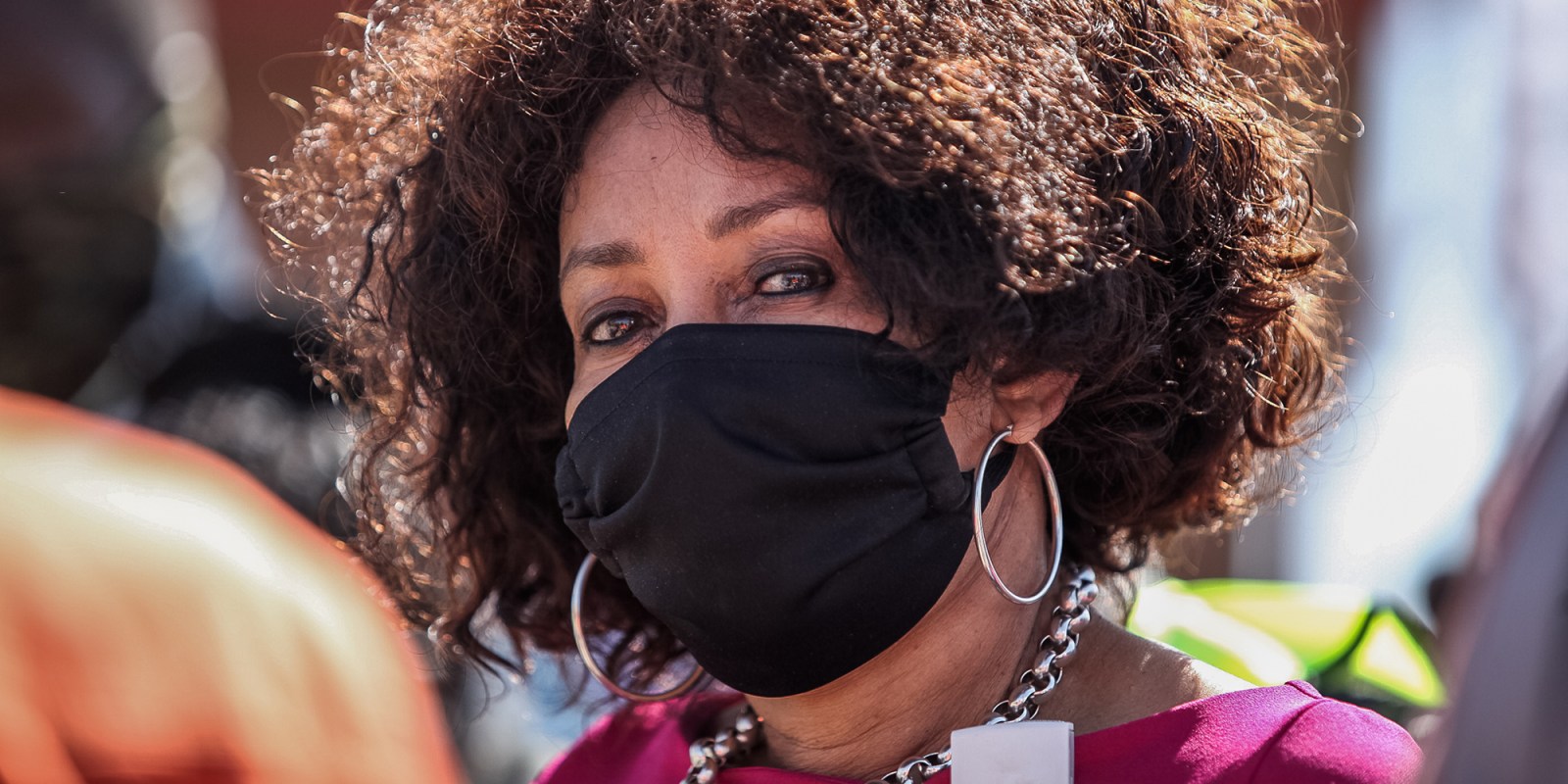 The State Security Agency is under investigation for unlawfully intercepting communications, effectively wiretaps, after now ex-Water, Sanitation and Human Settlements Minister Lindiwe Sisulu repeatedly complained her officials are being harassed. This signals the spooks remain politicised.

In a hard-hitting statement from Lindiwe Sisulu while still heading the water, sanitation and human settlements portfolio before Thursday’s Cabinet reshuffle moved her to tourism that talked of “orchestrated campaign” by intelligence agents in the Eastern Cape that is demoralising her staff as cases lodged with police are “deliberately stalled”.

“Our staff are being followed, harassed and threatened even in hotels and their homes. Their spouses are equally harassed and pointed with guns. All these are reported to the police and nothing happens.”

What seems to have tipped the scales were surveillance cameras at the East London offices of the Amatola Water Board although these were removed once discovered, as the Daily Dispatch reported last weekend.

Even as Sisulu has now shifted ministries to tourism, her complaints of SSA harassment and surveillance of water and sanitation staff remain live. They raise the spectre of political interference, often along factionalised lines, that has dominated intelligence for years.

State Security has found itself at the sharp end of criticism for its reported failure to give the government a heads up of the July violence and public disorder that included elements of organised instigation and criminality.

In Thursday’s Cabinet reshuffle State Security was moved into the Presidency, where Deputy Minister Zizi Kodwa remains responsible for the portfolio. It  remains to be seen whether the recommendations of the December 2018 High Level Review Panel Report on the SSA would now be visibly implemented – less of the often unnecessary secrecy and more accountability, in very brief were the panel’s key findings – beyond the 2021 Budget Vote debate ministerial statements that this was being done.

On 29 July, Sisulu said she had reported the SSA surveillance and harassment three times, most recently to Parliament’s oversight structure, the Joint Standing Committee on Intelligence (JSCI).

While JSCI chairperson Jerome Maake said “we don’t talk to the media”, he did confirm receipt of Sisulu’s correspondence to Daily Maverick last week. “We received something and we referred it to the relevant authorities.”

It wasn’t quite clear who those “authorities” might be that the JSCI referred Sisulu’s complaint to. But the Office of the Inspector-General of Intelligence (IGI) on Thursday confirmed receipt of a separate complaint from officials who were referred to the intelligence oversight structure by Sisulu’s office.

“The complaint alleges unlawful interception of communications by members of the State Security Agency. This investigation is currently underway and as such, we are unable to provide further comment at this stage,” said IGI Legal Advisor advocate Jay Govender to Daily Maverick in an email on Thursday.

The SSA said it could not comment when approached about Sisulu’s complaints, including the harassment of officials in the Eastern Cape.

“The agency is precluded by law from commenting on matter of an operational matter. Unfortunately, we can not comment or share any information with third parties in this regard,” said State Security spokesperson Mava Scott by text message.

It’s unclear why the SSA would target departmental officials, or install surveillance cameras outside the official offices of a state entity, the Amatola Water Board.

The governance mess there is now under investigation by the Special Investigating Unit (SIU), its spokesperson Kaizer Kganyago confirmed.

A new board appointed with Cabinet approval is in place at Amatola Water Board since 1 March 2021.

And governance malfeasance has been dealt with by disciplinary proceedings that led to procurement boss Clayton Bhanna’s dismissal in early March 2021, reported the Daily Dispatch. In November 2020 suspended CEO Vuyo Zitumane resigned.

That is unless motivations are enmeshed in various factional battles – within government over access to tenders, status or power, and within the governing ANC, whose elective conference is due December 2022.

Sisulu is campaigning in the Eastern Cape, but it’s understood reception has been rather lukewarm in a province seemingly behind current ANC and country President Cyril Ramaphosa. It’s one of perhaps three provinces that are fully supporting the ANC president, as word emerges that Gauteng is splitting.

Crucially for Ramaphosa, the Eastern Cape remains the second biggest province after KwaZulu-Natal, where the president is battling to secure more than a foothold. In some political circles, not upsetting the KwaZulu-Natal factor is touted as key ahead of the ANC 2022 elective conference.

However, that the SSA, or at least its Eastern Cape operatives and agents, are being investigated strongly signals that the politicisation of its operatives and operations continues unabated, regardless of any of the recommendations of the December 2018 High Level Review Panel Report on the SSA that bluntly found not only unacceptably unnecessary secrecy to thwart accountability, but also:

“… there has been a serious politicisation and factionalisation of the intelligence community over the past decade or more, based on factions in the ruling party, resulting in an almost complete disregard for the Constitution, policy, legislation and other prescripts, and turning our civilian intelligence community into a private resource to serve the political and personal interests of particular individuals”.

Meanwhile, moving SSA to the Presidency with a deputy minister in charge may trigger Parliament’s intelligence oversight committee, the JSCI, to review how it conducts its oversight over intelligence.

The parliamentary committee is the only one established in law with security-vetted MPs, but sits behind closed doors regardless of what is discussed.

Reviewing how it does its oversight – also in the wake of simply referring Sisulu’s complaint to “relevant authorities” – will be one of the first signals whether the move of SSA to the Presidency could break the secrecy stranglehold that has compromised accountability – and made intelligence services a partisan political player. DM