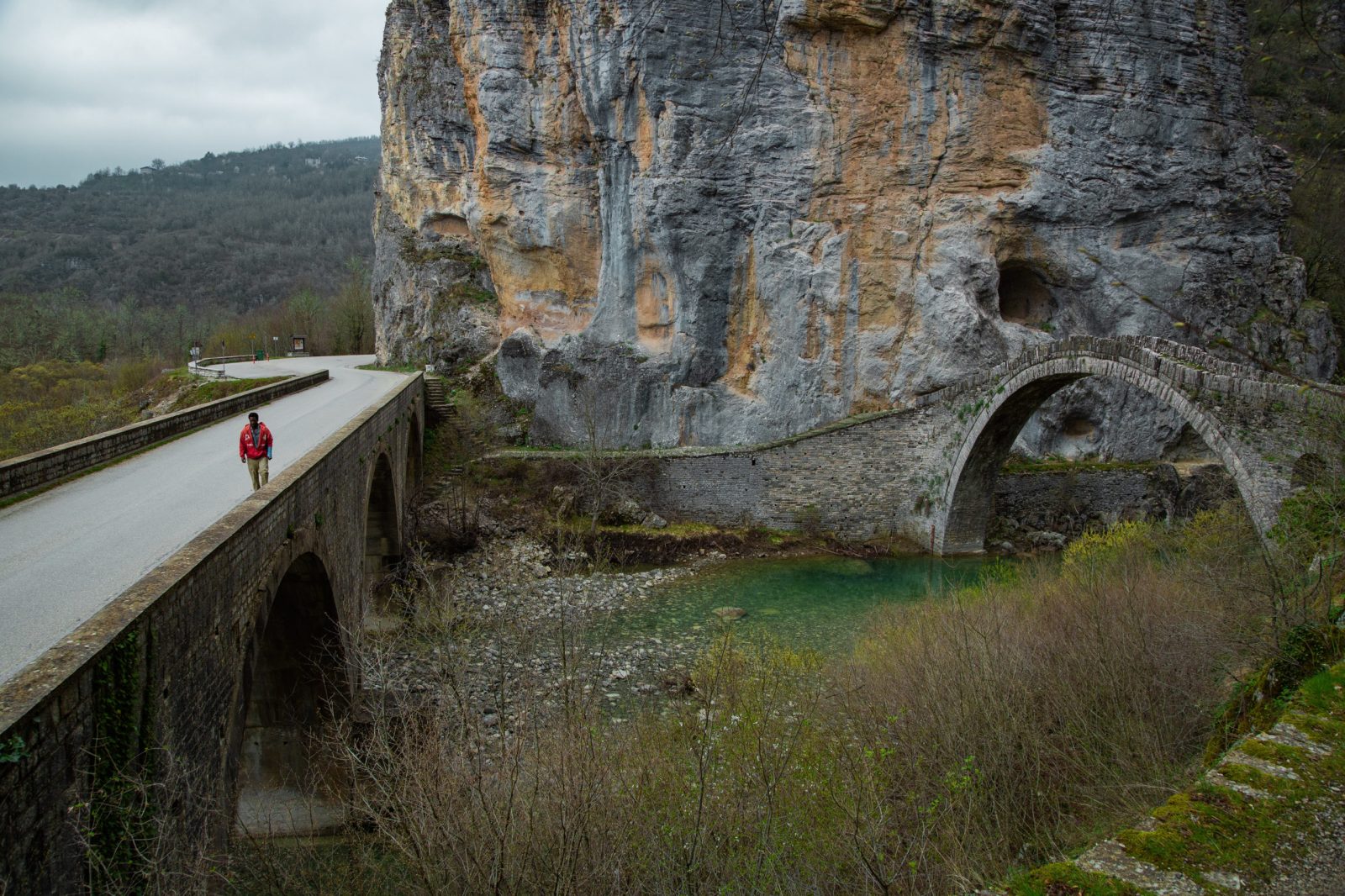 ‘Beckett’ is an unconventional manhunt thriller coming to Netflix, that replaces the archetypal action hero with a normal dude. A case of wrong place at the wrong time ignites a tourist’s frenetic journey across Greece to escape a political conspiracy.

Beckett (John David Washington) is an American tourist vacationing in Greece with his girlfriend. Having left Athens to avoid political protest, the couple are touring the countryside without a care in the world, making eyes at one another and snapping pictures of ancient ruins and misty mountain tops.

Anyone who’s seen the trailer or even read the film description knows that it’s a thriller and that the couple suffer a serious accident early on, but director Ferdinando Cito Filomarino teases the audience, dragging out the setup.

The first 10 minutes are spent cultivating the couple’s loving relationship – that’s a lot of cute for a suspense thriller. They’re so adorable it’s a bit nauseating.

“We’re not supposed to be here,” Beckett’s girlfriend says delightedly. “I mean, no one knows where we are, and it’s just the two of us. Figures in a landscape.” She means this romantically, but we know that it’s not going to feel that romantic when they drive off a cliff into a dilapidated cottage in a few minutes’ time.

When Beckett wakes up dazed in a Greek hospital, the authorities won’t let him see his girlfriend, and a police officer insists that the building they crashed into was uninhabited even though Beckett saw people inside. Things finally start feeling fishy, but even now, 15 minutes into the film, it’s just a subtle feeling. If it weren’t for the menacing skittering of the percussive score, one might not even realise this was a thriller.

When Beckett wanders back to the scene of the accident, incredulous and full of guilt, a woman walks out of the bushes and, without warning or explanation, raises a gun and starts shooting at him. Yes, it’s that random, and neither Becket nor the audience knows what the hell is going on.

Thus begins a frantic scramble for survival through Greek towns, cities and countryside. Pursued by relentless strangers trying to kill him for no discernable reason, Beckett is caught in the middle of an escalating political conspiracy he does not understand, and is unsure who to trust.

How would you fare in a life-and-death situation? Anyone unlucky enough to have had to defend themself or escape from a violent assailant will probably tell you that it didn’t go down like it does in the movies.

In the panic of the moment, the biggest tough guy in the room can forget all their karate moves and flail about like a fish, or freeze entirely, while a normal person’s survival instinct may enable them to do spectacular things to save themselves or others.

We love manhunt movies because they celebrate the strength of the human spirit by showing us what an individual is capable of when their life depends on it. The irony is that the audience’s appetite for underdogs who do incredible things has led to the genre being saturated with excessively capable protagonists (who aren’t great at showcasing the power of survival instincts because we expect them to win from the get-go). In The Most Dangerous Game, the Jason Bourne films, and The Hunger Games, the lead characters are a world-renowned hunter, a trained super-soldier, and an inconceivably skilled archer, respectively. Of course they’re going to beat the bad guys who are after them.

In Beckett, Filomarino sought to break this mould. Beckett is inspired by the question: How does an ordinary man manage in an extreme situation like this?

“In the great tradition of manhunt thrillers, there’s always something heightened and fantastic about what’s going on, and something superhuman about the main character’s abilities and intelligence. In creating this story, I thought it would be interesting to see what would happen if that archetypal hero was just an ordinary guy,” he says.

The result is a convincing and exhilarating mess. Beckett’s efforts to evade the authorities involve a lot of uncoordinated bundu-bashing and begging for help from frazzled Greek people. In his desperate attempt to get across the country to the American embassy in Athens, Beckett enlists help from game hunters, beekeepers, touring art students, political activists and numerous other locals.

The luck and happenstance of his inelegant journey seems a modest and accurate portrayal of real-world crises. Filomarino demands a degree of patience and attention to detail from his audience that is uncharacteristic of action thrillers. The action itself does not feel like a choreographed spectacle of stunts – it feels haphazard and almost improvised – and the unpredictability makes it all the more gripping.

Filomarino explains: “It was important to keep track of the things such a character would experience: sweat, pain and fatigue, among others.”

There’s a moment late in the film, smack dab in the middle of the climax, where Beckett is being pursued, and tries to steal a woman’s motorbike to escape. He fails spectacularly. The woman staves him off with a shove and zooms away, and Beckett resumes running for his life. The moment seems to poke fun at the unfeasible resourcefulness of typical action movie characters who flawlessly pull off stunts like this one or hotwire a car in a matter of seconds.

John David Washington always wanted to become an actor, but afraid that he wouldn’t be able to fill the shoes of his father, Denzel Washington, he began his career as an American football player. He’s a very physically capable man, so in preparation for Beckett, he stopped exercising and intentionally put on weight so that his exasperation and clumsy struggling in the film would appear real. He did almost all of his own stunts, and he jokingly credits Krispy Kreme doughnuts for the believability of his performance.

Washington has been making a name for himself in the past few years, starring in BlacKkKlansman, Malcolm & Marie, and Christopher Nolan’s Tenet. One of the common criticisms of Tenet was that the protagonist, Washington’s character, was one-dimensional and emotionless. He wasn’t even given a name; he’s credited as “The Protagonist”.

Washington’s performance in the beginning of Beckett is equally lacking in emotional range, but he lights up as soon as the chaos ensues, suggesting that the flat acting of Tenet’s protagonist might have been down to Nolan’s directing.

What Filomarino is likely going to get heat for is Beckett’s erratic pacing. Some might find that the extended build-up draws them into the suspense, but others will find it indulgent. The film’s exhilarating action is broken up by long lulls. It seems like these breaks were intended to give the audience a rest and make sure nobody has a heart attack, but inevitably there will be viewers who, having signed up for a thriller, become impatient and abandon ship.

Beckett does include tried and tested ingredients. Greece’s ever-changing landscape makes for a dramatic setting, fuelling the sense of perpetual journey. The plot, filled with confusion, espionage and political theatre has excellent tension. But what will probably determine whether you enjoy Beckett is whether you’re interested in an action thriller with a wholly unexceptional protagonist. DM/ ML

Beckett will be released globally on Netflix on 13 August. Audio descriptions are available for this title.
You can contact This Weekend We’re Watching via [email protected]