Ramaphosa changes more than a third of his Cabinet, takes state security into the Presidency, gives Mboweni a pass out of government 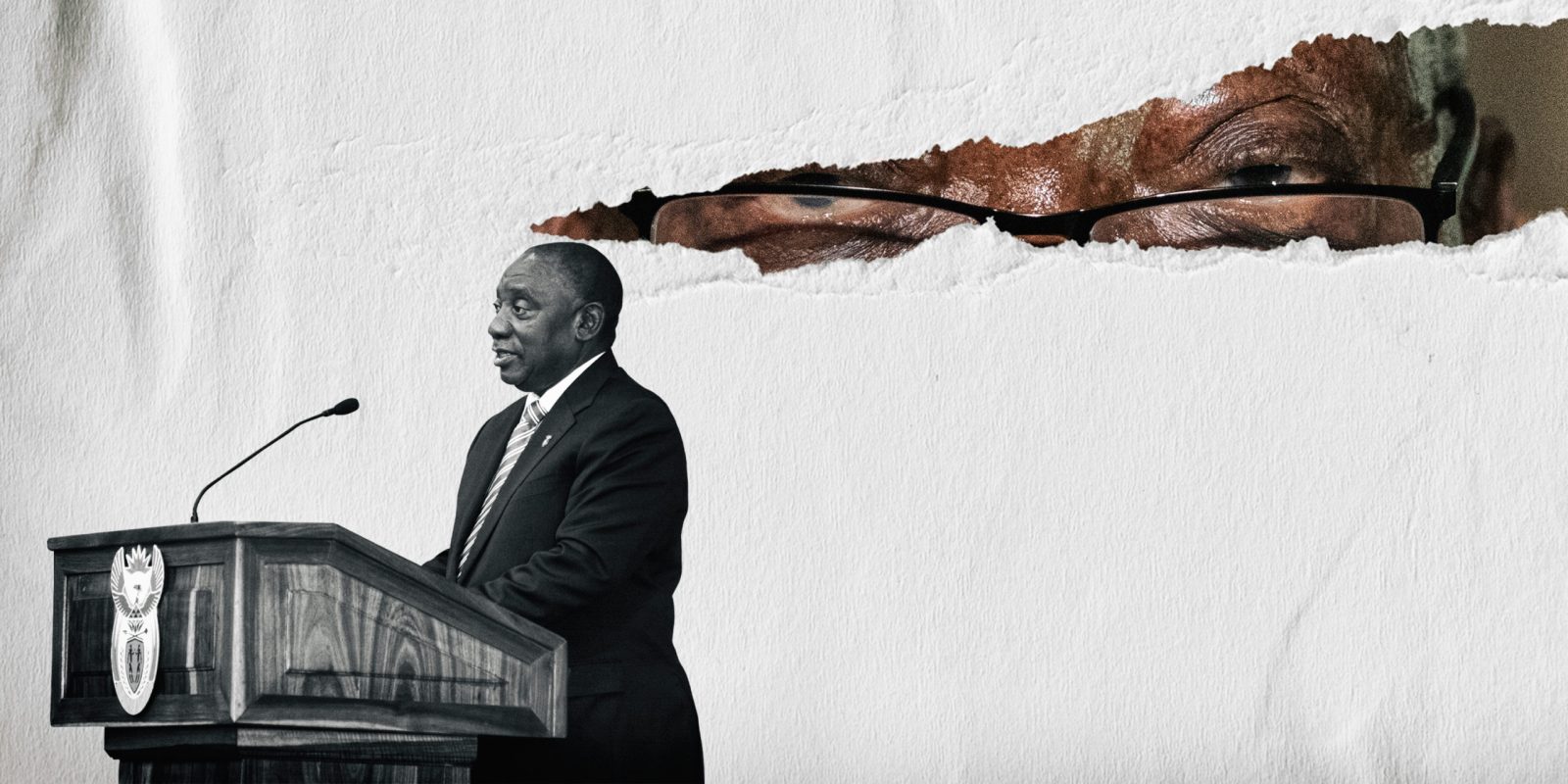 After 1,264 days in office and facing down an insurrection and the potential of ongoing attacks, President Cyril Ramaphosa changed about one in three ministers in his 28-member Cabinet on 5 August.

While Bheki Cele survived as police minister, he has made deep changes to the national security portfolios. The other two security ministers are out. Former defence minister Nosiviwe Mapisa-Nqakula has been fired after botching the response to July’s rioting and looting mayhem.

Ramaphosa has taken responsibility for state security into his Cabinet and appointed a long-time confidante and comrade Sydney Mufamadi as national security adviser. Zizi Kodwa will move to the Union Buildings as deputy state security minister in the Presidency. This move raises the spectre of a super-Presidency which Ramaphosa has sought to avoid, preferring a Presidency with a collective Cabinet culture. But it is a gamble Ramaphosa was willing to take after the assault on the state, likely to have been orchestrated by a faction of the governing party in July.

Former state security minister Ayanda Dlodlo has been moved back to her previous role in charge of Public Service and Administration — a portfolio few politicians covet because it puts them in the line of trade union fire. The former incumbent Senzo Mchunu will now lead a new portfolio, Water and Sanitation.

Water has become a security issue in an era of the climate crisis. There are numerous droughts across South Africa and water infrastructure is collapsing. “Water security is fundamental to the lives and health of our people, to the stability of our society and to the growth and sustainability of our economy,” said Ramaphosa.

Mufamadi is likely to work closely with Ramaphosa to overhaul the intelligence services. The domestic and foreign intelligence services within the State Security Agency do not have leaders after advocate Mahlodi Muofhe’s contract was not renewed while the head of foreign intelligence, Robert McBride, has been suspended. Mufamadi headed the High Level Review Panel into the State Security Agency appointed by Ramaphosa in 2018. He is likely to finally implement the findings of that report after serial failings were exposed by the July violence, which claimed 337 lives and has left the state vulnerable.

To complete the strengthening of the Presidency, Ramaphosa has appointed his supporter Mondli Gungubele into the strategic role of Minister in the Presidency to replace Jackson Mthembu who succumbed to Covid-19 in 2020. Gungubele is a seasoned politician who was previously deputy finance minister, a former mayor of Ekurhuleni and has held numerous provincial governing portfolios. The outcome of the Cabinet reshuffle is that Ramaphosa has gathered significant support around himself in the Presidency to fend off the numerous onslaughts his administration has faced and which will accelerate as the governing ANC’s next elective conference draws closer in 2022.

The man with the trademark fedora, Enoch Godongwana, has been appointed finance minister after Tito Mboweni bowed out as he has requested for more than a year. Godongwana is a seasoned leader of the party’s Economic Transformation Committee and is well known in big business circles. He is a former trade unionist and can manage the careful political egg-dance the portfolio demands. He is less fiscally conscientious than Mboweni has been, which is bad news for debt levels, but good news for the significant lobby in favour of a basic income grant and for other redistributive measures to boost the economy.

The energetic Khumbudzo Ntshaveni won Ramaphosa’s confidence when she stood in after Mthembu’s death. She has been given the crucial portfolio of Communications and Digital Technologies, where Stella Ndabeni-Abrahams did not move anything significant. She has been moved to become minister of Small Business.

After many years as a deputy, Joe Phaahla stepped into the shoes of Zweli Mkhize, who resigned on 4 August after being exposed by Daily Maverick for receiving family payola from the Digital Vibes contract.

The acting Health and Tourism minister, Mmamoloko Kubayi, has been promoted as Human Settlements minister. The former Human Settlements, Water and Sanitation minister Lindiwe Sisulu has been switched to the tourism portfolio — a demotion, given that there is no tourism during Covid-19. Sisulu is the Cabinet minister who has most closely aligned herself with the RET faction.

End of the Cabinet of party unity

While David Mahlobo, the former minister of State Security under former president Jacob Zuma’s administration, will maintain his deputy minister’s role, Ramaphosa now has his own executive.

When he was appointed president in 2018, he had to create a Cabinet of party unity reflecting some of the choices of suspended ANC Secretary-General Ace Magashule. He has shifted roles now to shape a Cabinet that is more attuned to his own presidency.

South Africa’s security risk rating is red-flagged after the attack on the state in three provinces from 9 to 16 July. The second phase of violence is now anticipated, as Carien du Plessis reported. Ramaphosa has taken control of state security and appointed a three-person panel to help him urgently fix the State Security Agency.

Professor Sandy Africa, regarded as one of the top intelligence leaders in the country, will chair the panel. She was a senior leader in the old National Intelligence Agency under former President Thabo Mbeki. Africa will be joined by Mbeki’s former adviser Mojanku Gumbi, and Silumko Sokupa, who is a former national coordinator of the National Intelligence Coordinating Committee.

Executive gets bigger, not smaller

When he came to office in 2018, Ramaphosa promised a leaner, meaner Cabinet of greater effectiveness. But the realities of ANC factional and regional politics have meant that his executive has grown. By splitting off Water and Sanitation from Human Settlements, he has grown his Cabinet from 28 to 29 portfolios, while the Presidency is getting larger and more powerful.

The deputy ministers’ layer of bureaucracy is growing too — it is now at 33 members, up from 32. Minister of Mineral Resources and Energy Gwede Mantashe now has a deputy minister with the appointment of Dr Nobuhle Nkabane, who has been promoted from Parliament. DM