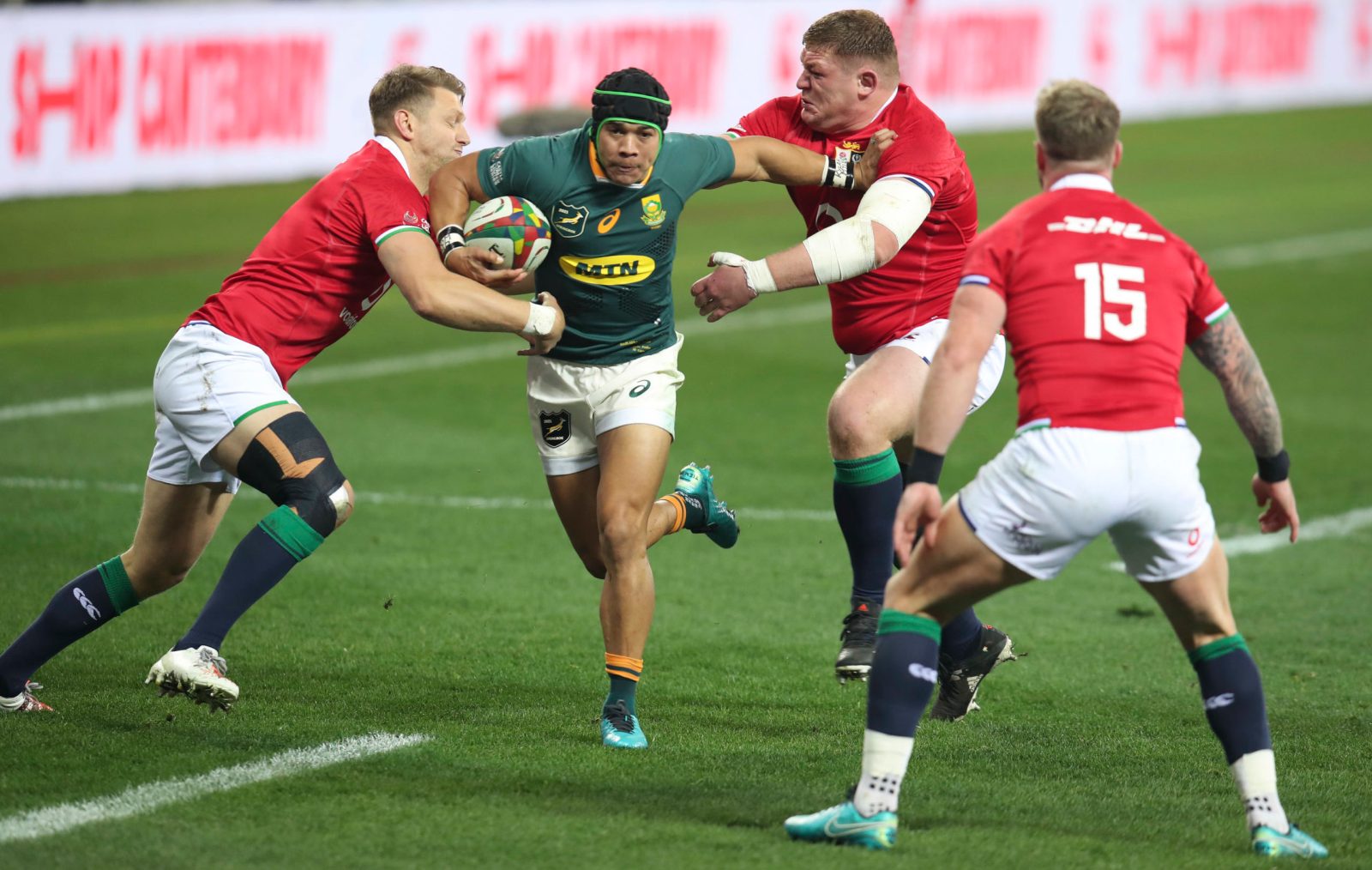 The Springboks and the British & Irish Lions will settle the series on the field at the Cape Town Stadium on Saturday and never has rugby needed a positive match more than now.

It’s all on the line in the decider at the Cape Town Stadium on Saturday for an unprecedented third consecutive Test in the same venue of this blighted 2021 Lions tour to South Africa.

Both squads will exit the arena bruised and battered, but only one will leave elated. The loser will be devastated and if it’s a draw and the series is shared, as it was between the All Blacks and Lions in 2017, then both sets of players will be deflated.

This series has been played against the backdrop of a pandemic and its associated misery across all areas of life, as well as civil unrest that exposed the fragility of our democracy. A deflating draw would be in keeping with the mood, but do nothing to elevate it to one of the great series.

It’s vitally important that this match is decided by the players, their skills and deeds and not left to the officials to impact the outcome. On that wish,  Bok skipper Siya Kolisi agreed.

“One hundred percent we hope that this series is decided by the players,” Kolisi said. “We pride ourselves on that and if we are beaten fair and square that’s fine. All we want is the best team to win on the day.

“We’ll play what’s in front of us, there are no changes in our style. We’ll play the same as last week. We’ll be involved in all aspects. If there is a set piece, we’ll get stuck in, if there is niggle, we’ll get involved. We can’t leave a man behind. That’s just our system.

“This is like a final for us. That’s been the talk the entire week. We’ve worked so hard to get into this position and tomorrow is everything. Some of us will never get another opportunity to play the Lions again. We’d be foolish to think about next week.”

Because of isolation bubbles, the Lions have not been tourists in the true sense of the word, through no fault of their own, and as a result it hasn’t helped their image.

South Africans have been presented with a team that flattened hopeless provincial opposition and then turned to carping via the media when tension ratcheted up after they lost to SA ‘A’.

Fine, play the mind games in the media but at least own them. Don’t send out “nudge, nudge, wink, wink,” messages about Marius Jonker’s neutrality and then pretend you were only upset with World Rugby and its process, and not the man.

Soon after losing to South Africa ‘A’ the Lions whinged about Springbok director of rugby Rassie Erasmus’s entirely legal role of team water carrier. They moaned about Faf de Klerk’s alleged tackle in the SA ‘A’ game that went unpunished, a point which is debatable. And they questioned a South African official’s neutrality, even though he was appointed by World Rugby.

The Boks’ kicking-dominated tactics have been mentioned by the Lions, and not in a complimentary way. The tourists have also complained about the game being slowed down by the home team. Yet Gatland’s team’s tactics have almost mirrored the Boks’.

The Lions have won few friends in South Africa in 2021. In a country reeling under the pandemic, the tourists have only presented one side of themselves, and it hasn’t been pretty.

The Boks also entered the gamesmanship arena after losing the first Test 22-17 and with Erasmus’s now infamous video. Depending on which side of the fence you sit on, his takedown of officials in such forensic detail was a crime that exceeded those of the Lions.

The upshot was a better refereeing performance by Ben O’Keeffe in the second Test after Nic Berry’s poor day in the first Test. The Boks won 27-9 and levelled the series, setting up what under normal circumstances, would be the biggest game in between World Cup cycles.

“People must understand that the TMO is part of the game now and if he needs two minutes to make a decision, that’s not in our control and the game slows down,” Bok assistant coach Mzwandile Stick said.

“When the ball is in play we will control our tempo. If the Lions want to lift the tempo, and that’s their plan, we might want to stop them. If that means we have to make it boring, we will do that.

“People accuse us of boring rugby and that we’re slowing the game down, but we don’t go in with that intention. If the Lions want to play touch rugby, geez, that would be nice for us. We are not going to decide what they must do, and they’re not going to tell us how to play our game. We will play according to our strengths.

“Kicking is part of the game unless the rules have changed that we don’t know about,” said Stick.

Changes in both teams

The Springboks have made two enforced changes to their starting lineup for the winner-takes-all third Test of this fractious series against the British & Irish Lions while the tourists have made six tactical switches.

It’s a clear indication that the Boks are settled and only altering because they’re forced to while the Lions are still searching for a formula to win the series.

Bok coach Jacques Nienaber was upbeat despite knowing that two of his brightest stars, flank Pieter-Steph du Toit and scrumhalf Faf de Klerk will miss a game almost as big as a World Cup final.

That means a change to the bench with De Jager’s elevation to the starting lineup and instead of going for a 6/2 split between backs and forwards they’ve opted for a 5/3 formation.

Flyhalf Morne Steyn comes on to the bench for a remarkable opportunity to play against the Lions 12 years after he landed the winning kick of the 2009 series. Could he do the same again?

Lions coach Warren Gatland has never been afraid to make big selection calls, but it’s fair to say his decision to persist with the fragile fullback Stuart Hogg after the first Test was a failure. Hogg just about got away with a mediocre outing in the first Test, but was horribly exposed under the high ball in the second.

That was one of the easier calls for Gatland to make, bringing in Liam Williams as the last line. The Wales wing/fullback is solid under the high ball and an elusive attacker.

In another indication of Gatland’s uncertainty, he starts with a third different centre pairing in three Tests. Bruising Irish centre Bundee Aki will challenge the Boks’ midfield defence with straight running. He pairs up with fellow Irishman Robbie Henshaw. Scotland’s Chris Harris, who was ineffective last week, drops out of the squad altogether.

In the 2013 series between the Lions and Australia, the tourists won the first Test, but the Wallabies battled back to narrowly clinch the second. Gatland then made six changes between Tests two and three and the Lions won the decider

“You are just trying to get that balance right,” Gatland said of this week’s selection. “We did the same thing eight years ago, we made six changes, and it is a credit to the players.”