Exposed and tarnished by the Digital Vibes scandal, Zweli Mkhize goes down fighting 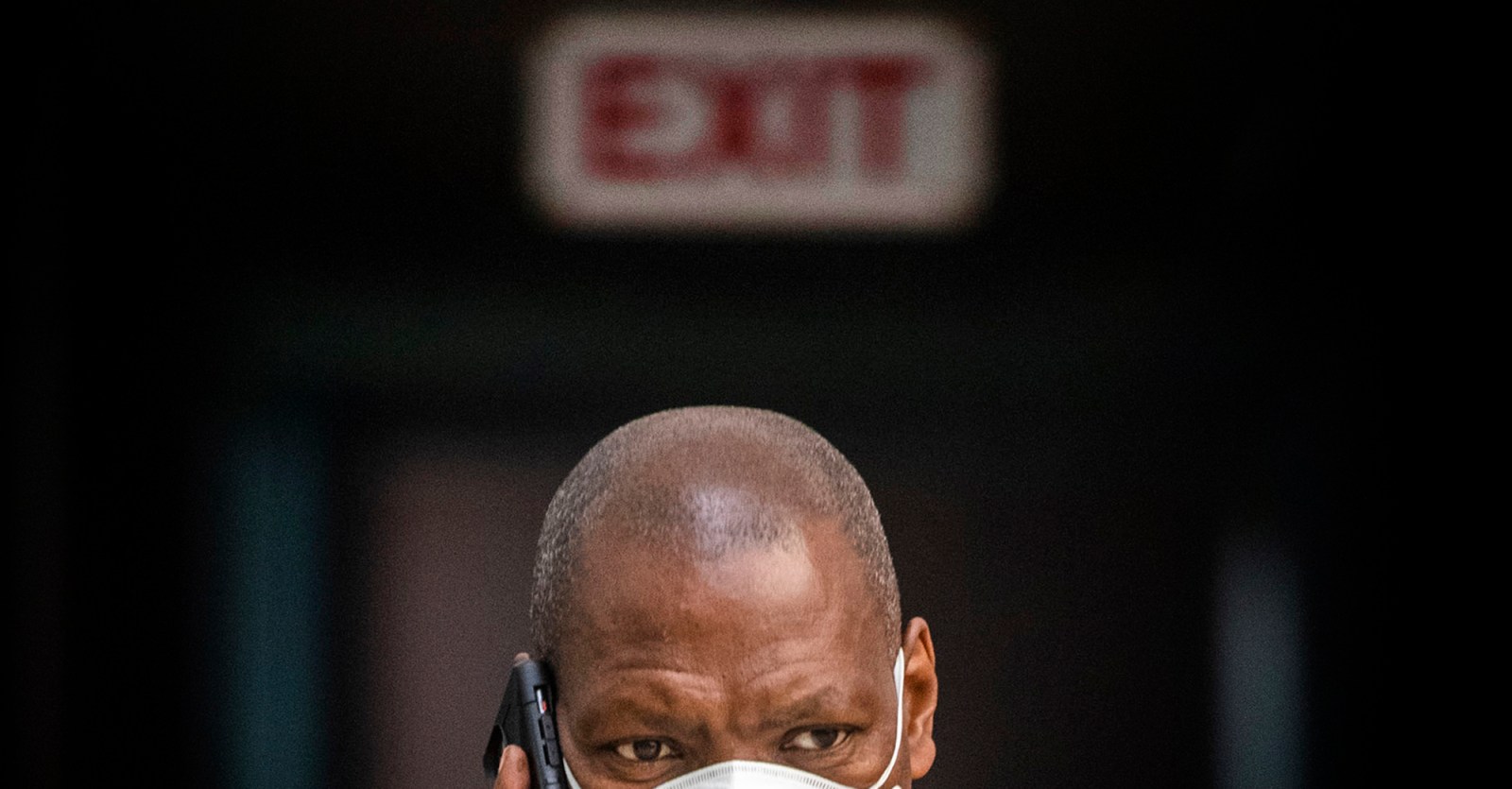 From medical doctor to high-ranking ANC politician, Dr Zweli Mkhize has had a distinguished career that on Thursday ended in a mess as he was allowed to step down from his position on the eve of a Cabinet reshuffle, vowing to fight findings that he acted corruptly.

First a doctor and then a politician, nothing seemed to delight Dr Zweli Mkhize more than to share war stories from the medical trenches with doctors as he performed his oversight visits.

But from Thursday night Mkhize’s long political career came to an end after President Cyril Ramaphosa accepted his resignation.

As health minister he led South Africa’s (sometimes chaotic) Covid-19 response and in the beginning announced with much relief each day that no cases had been detected. Mkhize became the beloved face of the country’s Covid-19 response, with hundreds of worried listeners and viewers commenting on social media every time he coughed during a briefing.

In July 2020, as South Africa reached the peak of a first wave of coronavirus infections, he described the pandemic during a speech in Parliament: “By now it’s no longer a matter of announcing numbers of confirmed cases. We are now at a point where it’s our fathers, mothers, brothers, sisters, close friends and comrades that are infected.

“This pandemic that is attacking us globally will cause some of us lifetime scars. It steals from us, from some, lives; others, jobs; others, businesses. It spares no race, no gender or social class.

“We have now reached the surge. The storm that we have consistently warned South Africans about is now arriving. As a nation we have every reason to be united in this fight against Covid-19. We dare not be divided. As the government, we have said, we cannot fight this Covid-19 enemy alone. We need all political parties, social partners and every citizen to come on board.’’

With health being mostly a provincial competency, Mkhize’s role was mainly one of oversight and outrage as several health departments became engulfed by corruption allegations relating to personal protective equipment (PPE) contracts.

At the start of this year he led the negotiations to procure vaccines for South Africa. His former spokesperson, Lwazi Manzi, told with great admiration of how Mkhize battled with pharmaceutical companies to squeeze more vaccines from them. He was one of the first people to be vaccinated alongside Ramaphosa after the Sisonke Trial kicked off to ensure that health workers would be vaccinated before the third wave of infections.

South Africa’s vaccination drive, however, only got going properly after Mkhize had been placed on special leave by Ramaphosa after corruption allegations over the Digital Vibes communications contract had been levelled against him.

After the second wave, he gave a heartfelt interview telling of the family members he had lost.

It was in the hospital passages and during meetings with doctors that his passion for grassroots health and patients came to the fore as he peppered doctors with questions, frowned at overflowing dustbins and dirty kitchens and reprimanded health workers who wore their PPE incorrectly. However, he saved his irritation for the MECs and expressed his gratitude over and over to frontline health workers.

As he spoke on his hospital visits, like each doctor in the room, his eyes would go to the monitors showing patients’ vital signs – always watching.

When he too was infected with the virus he was out of action for some weeks but returned to the Eastern Cape for oversight once he was better, taking meetings with casualty doctors, patiently looking at pictures of accidents and asking them for stats to motivate another alcohol ban.

Despite his obvious passion for medicine, Mkhize’s position became untenable after he and his family were inextricably linked to a corrupt contract given to the company Digital Vibes, for its contentious National Health Insurance (NHI) and Covid-19 communications services. The company is owned by close associates of Mkhize, including Tahera Mather, who served as his special adviser.

When more details around the Digital Vibes corruption emerged, Mkhize’s people would say that the questions “do not bother us at all”. Eventually, the wave of admiration for his frontline Covid battle crashed and dumped him. Or in the words of a senior health department source:

“At least this nightmare can now come to an end.”

Ironically, one of the most scathing allegations levelled against his department was its poor communication.

Between late January 2020 and February 2021, the Department of Health paid Digital Vibes R150-million.

“Our analysis of scores of transactions between these entities has led us to this disturbing conclusion: during the worst health crisis in South Africa’s recent memory, money from a vital contract awarded by our national health department was allegedly laundered towards new businesses set up by the health minister’s son and daughter-in-law,” Daily Maverick Scorpio investigating journalist Pieter-Louis Myburgh wrote in his latest exposé of how the Mkhize family benefited from the contract.

These revelations came months after Mkhize, in his last budget speech, made a call for more money to be channelled towards the Department of Health.

Several calls were made for him to resign as the Special Investigating Unit investigated and uncovered much wrongdoing relating to the Digital Vibes contract.

It is understood that Mkhize did so eventually on Thursday before Ramaphosa announced a reshuffled Cabinet.

Mkhize has indicated that he is disputing the findings against him and will challenge the adverse findings of the Special Investigating Unit in court.