Days of Reckoning: Reflections from visiting the devastating aftermath in the KwaZulu-Natal Midlands 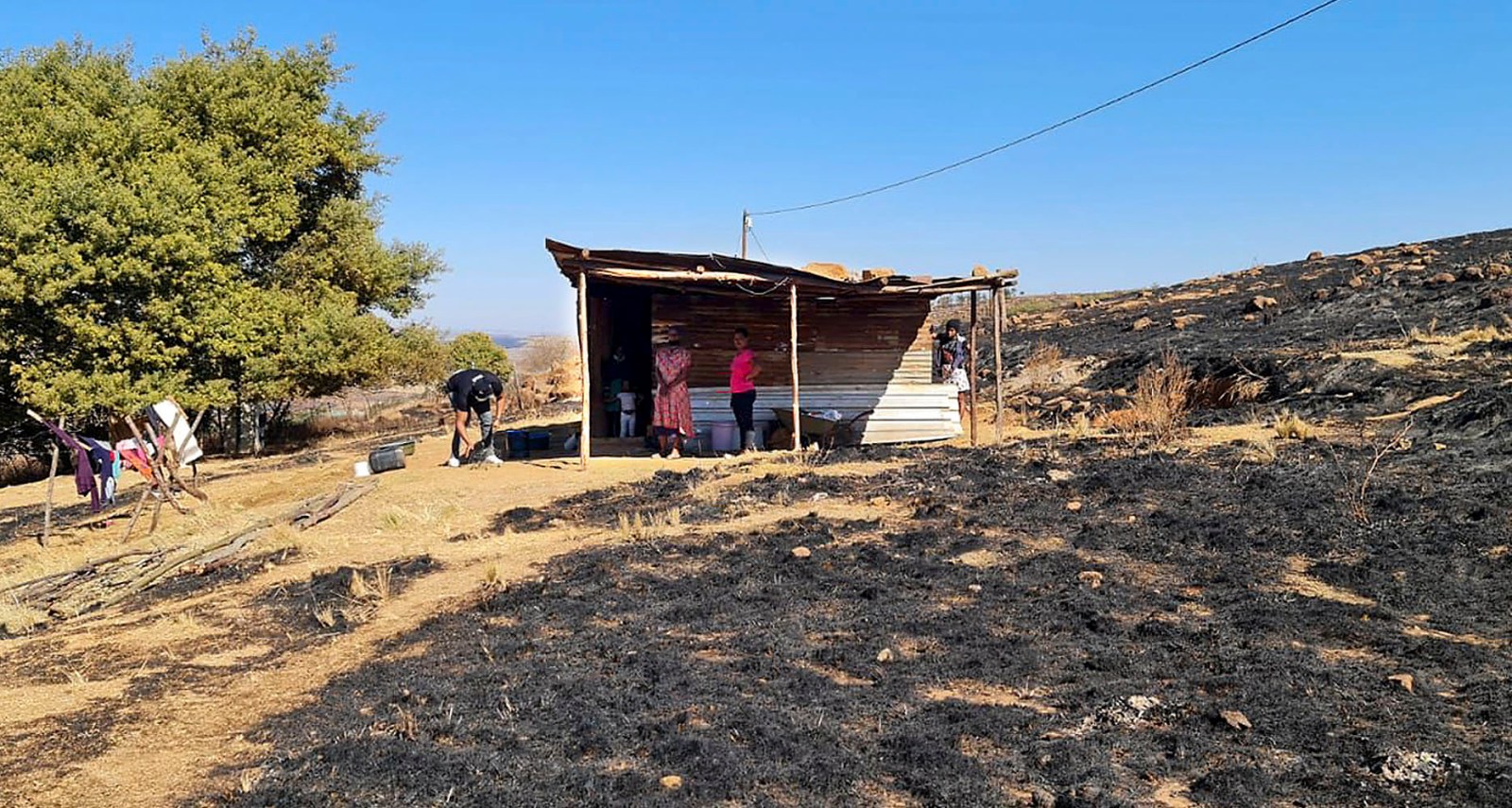 A small shack home in Mpendle, KwaZulu-Natal (KZN), whose surrounding land was set on fire during the looting and unrest. (Photo: Nelson Mandela Foundation)

A Nelson Mandela Foundation emergency relief team spent the last weekend of July visiting vulnerable communities in Durban and the KwaZulu-Natal Midlands. We had an opportunity to spend time at some of the commercial and industrial sites which were attacked, and in some instances destroyed, during the recent public violence in the province. It is devastating. Absolutely devastating.

Sello Hatang is CEO of the Nelson Mandela Foundation.

The sites resemble a war zone in many ways. It is clear that many factories, warehouses, and shops were first stripped of content and then systematically torched in order to frustrate recovery initiatives. An instance of this was a South African Breweries (SAB) facility which had been overrun by looters, who then spent three days either removing or consuming the stock on site. We were told that some of the people who died at this site had fallen into a nearby river and drowned or had been crushed by falling storage crates during the ransacking.

The devastation reached beyond urban areas, into surrounding small towns and villages — Mpendle, for instance. During our visit there, we saw the painful evidence of small intergenerational businesses that may never recover from this devastation. These include local, Pakistani and Chinese-owned stores which had been looted. A local school principal told us these stores had been the nerve centre of the community. Now people have to travel to Pietermaritzburg to source basic supplies. The ATMs in the area which served as Sassa old age and child grant payout points were smashed. For many families, putting bread on the table is now beyond them. Heart-breaking.

We encountered one household headed by a woman living with four of her six children plus three grandchildren. Three of the children receive food at a local school, and the day before we arrived, she had been to the school in desperation, asking for additional food for the rest of the family. Our emergency food packs were a lifesaver for her.

The scenes of devastation brought back memories of what these communities had been through in the late 1980s and early 1990s, when a civil war raged through many parts of KwaZulu-Natal, taking many lives and destroying many properties. Back then, the apartheid security establishment played a malevolent role, playing one side against another and frequently watching on as the mayhem unfolded.

It was profoundly disturbing to hear stories on this visit of how in many places, law enforcement simply didn’t show face for days or watched on from a distance. And how powerful individuals and structures kept silent.

We dare not allow more wounds to be inflicted on innocent ones. We cannot allow murder and other forms of criminality to be perpetrated under the guise of a community protecting itself. The state must act.

As the Foundation has been arguing for a long time, if a society does not reckon with its pasts, then those pasts will certainly reckon with it. DM/MC

Sello Hatang is CEO of the Nelson Mandela Foundation.