Young and committed: Women as agents of change are powering the collective shift towards a just society 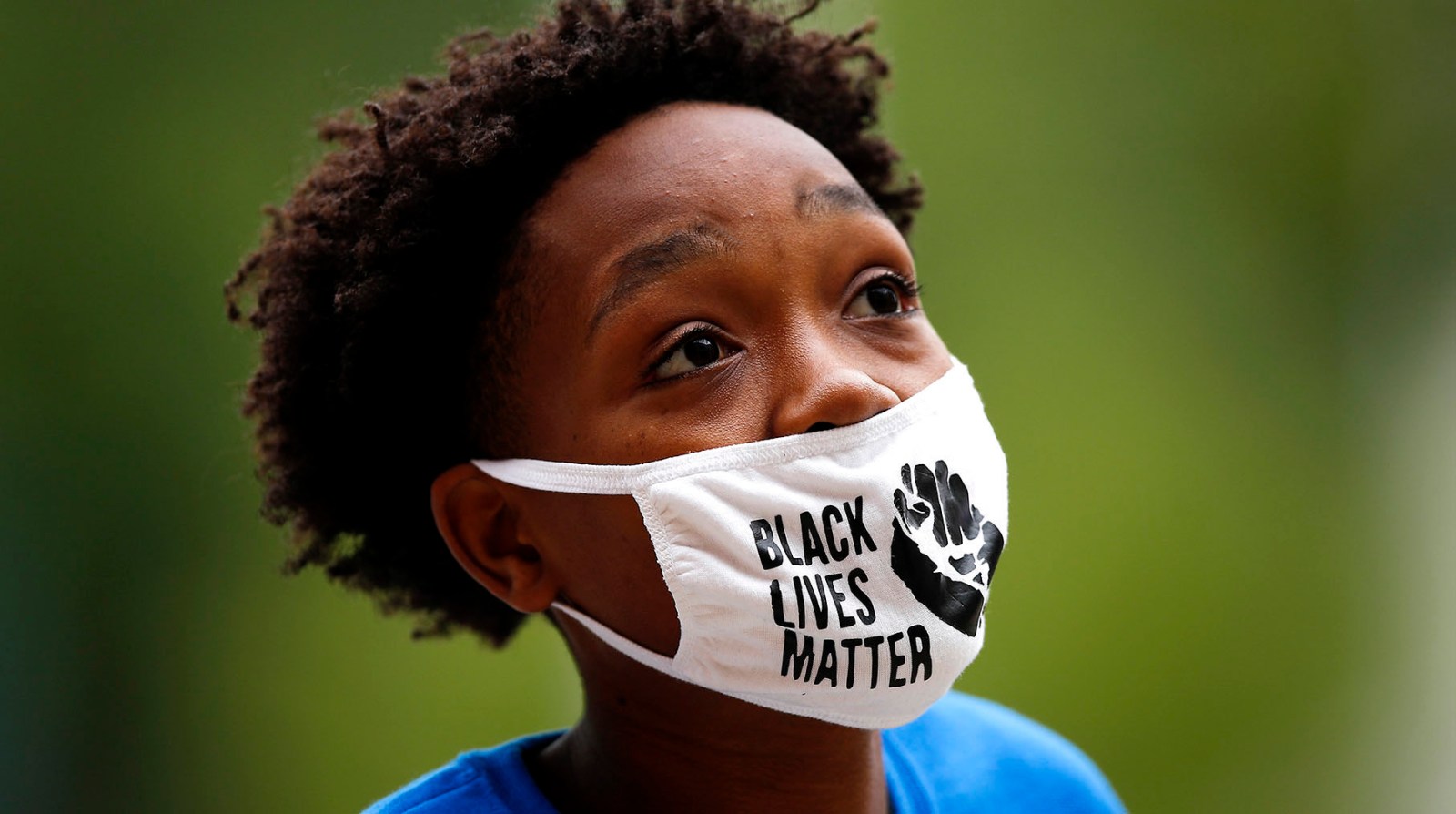 People of colour are standing up to white supremacy. (Photo by Todd Kirkland / Getty Images)

Young women and those who embrace the power of the feminine are a vital weapon against a broken system with the potential to create a new leadership incorporating the greatest qualities of humanity — hope, compassion, sensitivity, acceptance and nurture.

Shanti Naidoo-Pagé is the director of Seven Generations Africa.

As young women who are change-makers, there are many role models we can look to for inspiration, from Albertina Sisulu’s leadership in groundbreaking liberation gatherings to Lilian Ngoyi’s fruitful quest for international support for South Africa’s women; from Ruth First’s written voice against the social injustices of the apartheid government to Thuli Madonsela’s quiet courage and steadfastness when taking on the toxic masculinity of the political world.

These women, and the countless more leading agents of change, are lighthouses of hope for young women fighting today’s injustices. These elders, matriarchs and activists dedicated their lives and sacrificed their safety for a society where men, children and women may live in dignity.

Standing beside them were thousands of men, young people and women, supporting their visions and marching in radical collaboration.

There are chants to remember the ceaseless battle of women’s rights — “Wathint’ abafazi, wathint’ imbokodo” (You strike a woman, you strike a rock) — that echo the cry of women today. There are stories to remind us of the strides of progress and the high price paid for them in lives, pain and blood.

Looking at our history, rich in struggle and the pursuit of freedom on all levels, we feel the heaviness of the oppression and seek to use it as fuel for change-making today.

As young people born into a patriarchal, materialistic world, we are set up to repress our feminine power from a young age. As young girls, we grow up doubting ourselves and fearing for our safety, acceptance and recognition. We are told that to succeed, “you must win the competition, climb the economic ladder, be on top of everyone”.

Yet for most of us the competition is deadly, the ladder is broken and the top is rotten. For the rest of us, the path to that ladder is layered with traps of abuse, trauma and conservative expectations.

This realisation, among many others, has generated an army of change-makers, a generation of young people who are angry with the idiocracy of governance, and tired of suffering the consequences of a broken, unjust and untenable system that is destroying the planet and demonising our humanity.

Women and those who embrace the power of the feminine have the potential to be the cement between these marginalised communities, creating a new leadership rooted in universal ethics that allows for equal opportunity, as well as equal outcomes for everyone, regardless of ethnicity, gender, age or sexuality.

This leadership approach goes beyond the goal of material growth to bring about collective human prosperity, as well as ensuring a society based on regenerative methods of production and consumption. The feminine way of leading guides decision-making by finding common grounds and solutions that will benefit everyone today, as well as future generations. It differs from the typical patriarchal leadership in that it is rooted in feminine qualities, which can be manifested in everyone regardless of gender.

Young women as agents of change are a vital weapon against this broken system, as we carry the ability to access the realms of these feminine values and ethics that have deserted our way of life. Many say women do not belong in the patriarchal, capitalist, supremacist society of today.

To this I say: Does anyone? Is it normal for a system to be destroying the only habitable planet it has? Is it standard for people, even young children, to be committing suicide? Is it democratic that 1% of the population holds more money and resources than the remaining 99%? Is it acceptable that I fear for my life and safety everywhere I go?

I can go on to speak about the wrongs of the world, but anyone with basic logic can agree to some extent that the current socioeconomic and political system is riddled with faults.

The most common claim arguing against this statement is that it’s the best system yet. And while there are matriarchal, indigenous communities that could testify otherwise, I would like to underline that we are not arguing that this system has not brought about anything positive. The argument we are making is that it is flawed and bound to collapse if we do not make some radical changes.

Young women are vital agents in these changes, and we will not stop because the elites refuse to give up their power. We will continue fighting for justice and dignity for all living beings. We will continue to bring those who are forgotten into our decision-making. We will harness the greatest qualities of humanity — hope, compassion, sensitivity, acceptance, nurture — and integrate them in our change-making.

We will bring forth radical collaboration between all those forgotten in the greedy quest for power, and unite to create a new world where abundance and harmony reign. Problem-solving and conflict management will be guided by cooperation and compromise that will benefit all those involved, as well as account for future generations.

Men will be given a safe space to express their true power of protection, strength, assertiveness and leadership. A world governed by feminine values is not a world where men are suppressed, but where they may unlock their potential without harming anyone or anything in the process.

This world does not prevent anyone from seeking what they desire, but will ensure that long-term harmony and prosperity derive from every decision. It is not a world where only women lead and govern, but one where every community and gender is represented and accounted for.

Again, it is not as simple as giving women power. It is a long journey where humanity must face its wrongs and trauma, acknowledge its ignorance, and commit to radically shifting priorities and obsolete ideologies.

To all young women who have committed to being agents of change, remember this task that has been put on our shoulders. Whether you are fighting your government for equal access to education or seeking to eradicate gender-based violence in your community, whether you are liberating an oppressed group or advocating for climate action. Whether you are mobilising young people for a cause or planting food gardens in your neighbourhood. Whether you are speaking out when you see an injustice or accomplishing a feat to bring hope to the world. Whether you are giving your all to raise conscientised children or holding people who are in pain. Whether you are praying for someone else or collecting clothes for orphans in need. Whether you consider yourself a change-maker or not, know that you are.

The more you embrace your feminine power of intersectional compassion, unbiased acceptance and primal nurture for any living being in need, the more you add to the collective shift towards a just society based on human dignity, equitable opportunity and conscious behaviour.

To all young women sacrificing themselves to become agents of change, remember those who have done the same. Find your sisterhood and support each other in every way you can. Connect with groups and people who recognise your calling. Create networks and unite your actions and resources. Tell your story, and the stories of others.

And remember, you are a steward of life, a custodian of compassion and a leader of humanity. DM/MC

Shanti Naidoo-Pagé is the director of Seven Generations Africa. This op-ed is part of Women in the Struggle: 1950- 1965, an online exhibition hosted by Liliesleaf and the National Institute for the Humanities and Social Sciences to commemorate the significant role South African women played in the struggle for freedom and democracy.