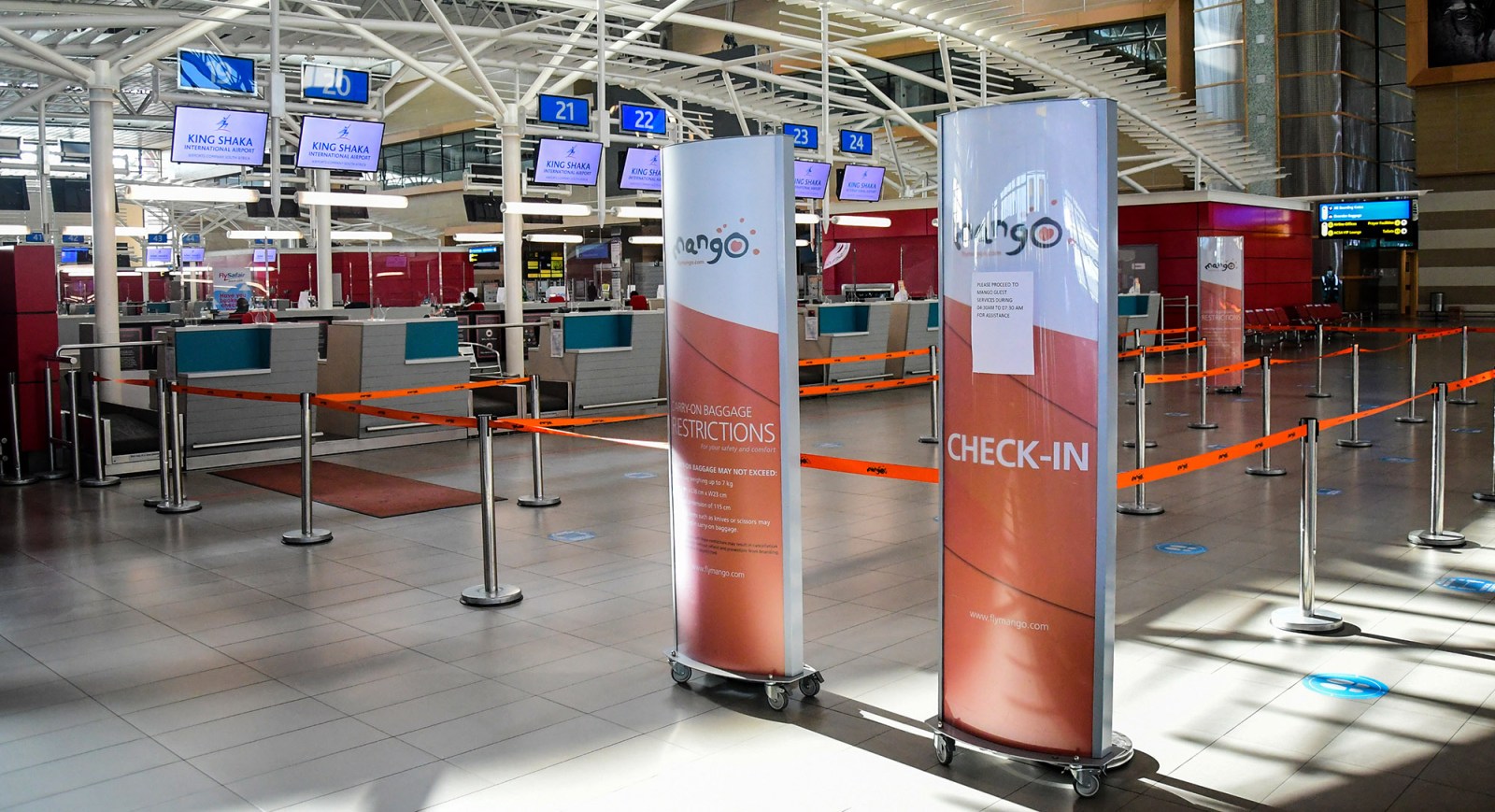 Mango’s problems have long been in the making — even before the onset of Covid-19. The pandemic just pushed the airline closer to a crisis point.

Between 2009 and 2018, Mango was profitable, pencilling in cumulative profits of more than R240-million. Mango was also a strong competitor in domestic travel as it retained a market share of about 30% for many years with its fleet of 14 aircraft catering to the growing demand for air travel.

Mango even left its parent company, SAA, in the dust, because the latter last turned a profit in 2011 and has relied on taxpayer-funded bailouts amounting to R32.2-billion for survival.

But today Mango has crashed and followed in the footsteps of SAA.

Mango is loss-making (it last turned a profit in 2018); the airline is on the cusp of business rescue proceedings and has been grounded; most aircraft have been returned to lessors (its aircraft fleet has gone from 14 to two); and its financial crisis is so daunting that it hasn’t paid its 754 workers full salaries for nearly a year. The airline owes workers R157-million in outstanding salaries and has a smothering debt load of R2.5-billion that it cannot pay.

So, how did Mango go from being a successful airline that was profitable to now approaching SA taxpayers for an emergency bailout of R819-million to shore up its working capital requirements?

The Mango leadership, which is down to an acting CEO and no full board in place, believes that the Covid-19 pandemic became the spoke in its recovery wheel. After all, the black swan event has forced airlines around the world to ground their planes after governments implemented travel restrictions and locked borders to slow the spread of the coronavirus.

“The pandemic has had unprecedented adverse financial consequences for the tourism industry, and the company [Mango] was unfortunately not spared as passengers could at first not fly at all, and now, whilst domestic flights are allowed, choose to fly only in exceptional circumstances in order to avoid exposure to the virus.

“In addition, limitations on international travel also had a significant impact on the company’s number of passengers,” said William Ndlovu, the acting Mango CEO, in court papers dated 30 July 2021.

Ndlovu was responding to an application launched by trade unions representing Mango workers — the National Union of Metalworkers of South Africa, the South African Cabin Crew Association and the Mango Pilots’ Association — to place the airline into business rescue. His court papers are also seeking to fight off a separate application by Mango’s creditor AerGen, which has already decided to go to court to have the airline liquidated to recover the monies it is owed.

Source of the crisis

Mango’s problems have been long in the making — even before the onset of the pandemic. The pandemic just pushed it closer to a crisis point.

The airline’s problems have largely been two-fold: at a leadership and operational level. Like SAA, Mango has faced a leadership crisis — the airline has had three CEOs since 2017. Over that period, there has also been an exodus of board members.

“With such musical chairs at the airline during such a short space of time, it is difficult for the management and board to implement any turnaround and growth strategy. So many strategies that planned to help Mango turn its fortunes around have been drafted. They have gathered dust as they have not been implemented,” said an aviation analyst.

The most recent turnaround strategy was proposed by former SAA CEO Vuyani Jarana, who wanted better collaboration and integration between SAA and Mango. The idea was for SAA to focus mainly on regional and international flights, allowing Mango to operate domestic flights. In other words, loyal SAA customers would be channelled to Mango for domestic flights. This strategy was also embraced by former Mango CEO Nico Bezuidenhout, who served in the top job twice since the airline was founded in 2006.

This would stop Mango and SAA from competing with each other on popular and competitive domestic routes — Johannesburg-Durban, Durban-Cape Town, and Cape Town-Johannesburg — as they are related companies.

But the government, represented by the Department of Public Enterprises, rejected Jarana’s turnaround strategy which also proposed measures to rescue SAA from collapse. In response, Jarana left SAA in 2019. With no turnaround strategy in place, Mango struggled and was left to survive market forces on its own, with competition in domestic routes intensifying. Airlines such as Comair-operated Kulula, FlySafair, and Airlink started to make a move on Mango’s market share and were successful. Even the new kid on the block, Lift Airline, seems to be doing well.

Now Mango’s only hope is emerging from a business rescue process as a restructured airline. A document motivating for Mango to be placed under business rescue (commissioned by the airline and also presented to SAA’s executive and board), forecasts that Mango will only be profitable in 2023 (profits of R97.5-million) and 2024 (R146.5-million). DM/BM