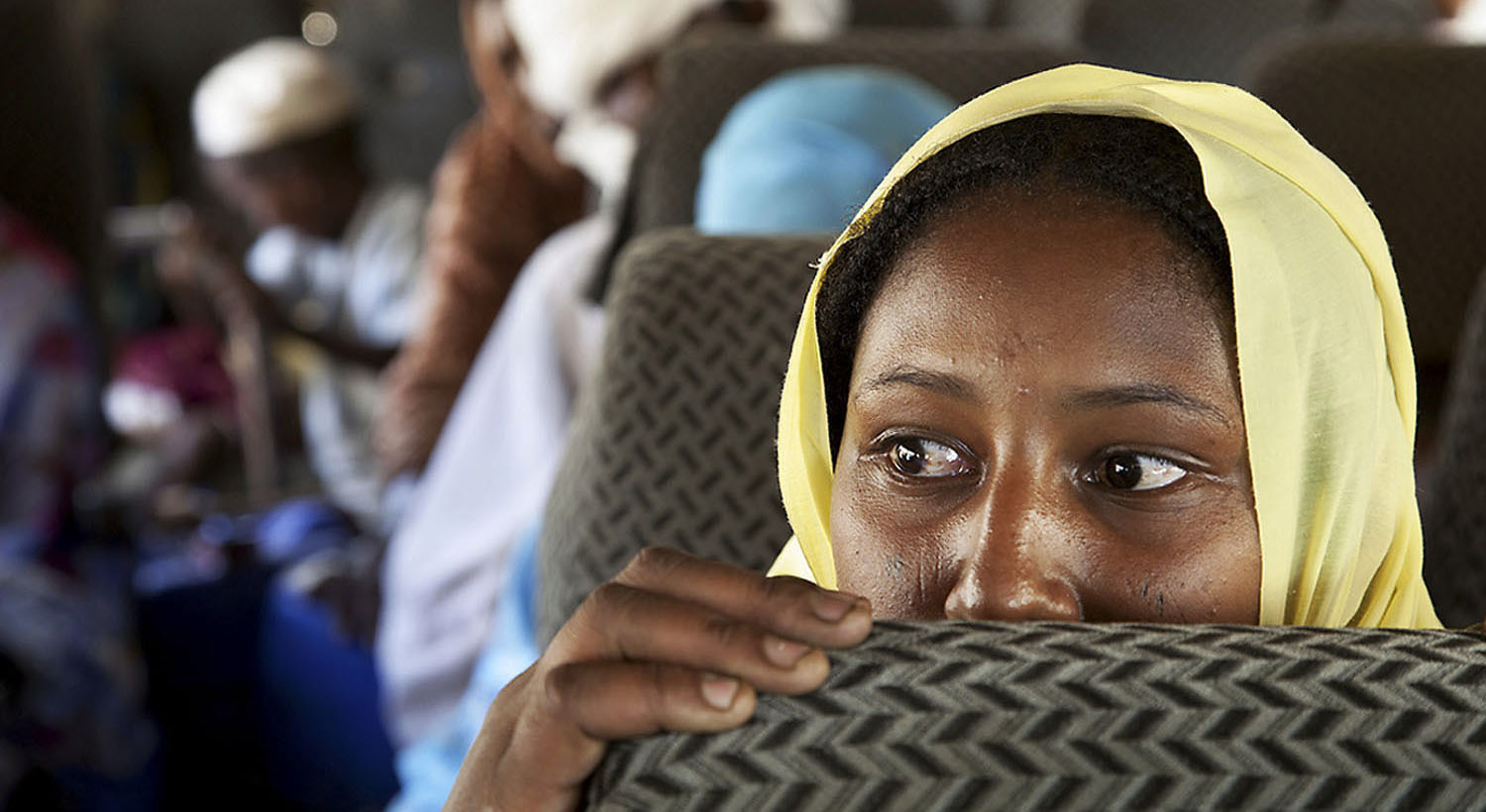 We need systemic change to address the core problems of racism and socioeconomic inequality as they affect the majority of black African women.

Sharon Ekambaram is head of the Refugee and Migrants Rights Programme at Lawyers for Human Rights.

The architecture of apartheid and its twin brother, white colonisation, was crafted and designed with racism and sexism woven into the very fabric of society. There is an urgent need to build an international anti-racist movement that prioritises the dismantling of patriarchy.

Exploitation and discrimination based on race, class and gender are opportunistically used to fuel the excessive drive for profits through the commodification of life, spearheaded by the likes of the extraction industry and finance capital, in collusion with states.

One piece of this puzzle is the experience of women who migrate. The International Organization for Migration reported that 272 million people — 130 million of them women — were living in a country not of their birth in 2019.

Women who cross internal provincial borders and migrate across international borders are largely driven by deeply entrenched inequalities and systemic unemployment. The reason policy is not informed by this critical fact relates to the failure of states to produce disaggregated data on migration — a particularly severe oversight in South Africa, where this data should help address poverty and eradicate inequality.

We do not know why and how many people are migrating. We do not know how many are women and what compelled them to leave their places of birth to move to another country, often exposing themselves and their children to harsh conditions where they can be victims of heinous crimes and acts of violence.

Yet the very act of moving reflects agency and requires taking a stand. Research reflects that in recent decades, women are migrating to wealthy countries to become breadwinners themselves, rather than to join family. Women are also migrating to leave abusive relationships or oppressive conditions in their communities. If we had readily available disaggregated data we would be able to develop appropriate responses and allocate resources to alleviate their indignity, suffering and pain.

The lack of such data is an opportunistic “oversight” on the part of the South African government and in particular the Department of Home Affairs. It feeds the narrative that South Africa is flooded with migrants who come to the country to give birth and are the cause of the overcrowded conditions in our public healthcare facilities.

Dr Aaron Motsoaledi made this statement when he was still health minister:

“The weight that foreign nationals are bringing to the country has got nothing to do with xenophobia… it’s a reality. Our hospitals are full, we can’t control them. When a woman is pregnant and about to deliver a baby you can’t turn her away from the hospital and say you are a foreign national. And when they deliver a premature baby, you have got to keep them in hospital. When more and more come, you can’t say the hospital is full, now go away… they have to be admitted, we have got no option — and when they get admitted in large numbers they cause overcrowding [and] infection control starts failing.”

No mention is made of the impact on the quality of healthcare due to the scourge of corruption, which is endemic in the Gauteng health department.

Currently under investigation is the allegation that a R139-million contract was awarded to Thandisizwe Diko, the husband of suspended presidential spokesperson Khusela Diko. Patronage politics and the mismanagement of funds are causing the crisis in the public health system, not an “influx” of foreigners. Money is being stolen and redirected, as opposed to being invested in improving the quality of care for predominantly black African people who use the system.

South Africa is more than two decades into democracy, but inequality remains high in many sectors, with the health sector the most affected. If politicians admitted the truth they would undoubtedly lose votes. It is much easier to blame foreigners and conceal their own failings.

Saving her own life

Women come from neighbouring countries to give birth in our public hospitals because many risk dying during childbirth back home. Every day about 830 women die from preventable causes related to pregnancy and childbirth, and 99% of all maternal deaths occur in developing countries. Malawi, for example, has one of the highest maternal death ratios globally — an estimated 439 per 100,000 live births.

According to the World Health Organization’s Multiple Indicator Cluster Survey of 2019, Zimbabwe has a maternal mortality ratio of 462 deaths per 100,000 live births, and a neonatal mortality rate of 32 deaths per 1,000 live births. The number of women dying in childbirth is astronomically high in the Southern African Development Community region.

This is what the South African government should be addressing, instead of making xenophobic statements scapegoating the tiny minority of our sisters from the region for “burdening” our public health facilities.

The crisis, including high maternal mortality, speaks to the social invisibility of black African women because they have been condemned as undeserving of the dignity and respect afforded other human beings. This invisibility is informed by deep race, class and gender prejudice.

More than ever, we need to have a gendered response to the movement of people in the Southern African Development Community region — one that takes into account the plight of women fleeing countries like Democratic Republic of the Congo, where rape is used as a weapon of war.

Are we as a country ensuring that we are providing protection for people who are persecuted and risk being killed because of their sexual orientation? South Africa has one of the most progressive constitutions in the world, including a Bill of Rights that stipulates the rights of all people living in the country, not just citizens.

The equality clause states under Section 3:

“The state may not unfairly discriminate directly or indirectly against anyone on one or more grounds, including race, gender, sex, pregnancy, marital status, ethnic or social origin, colour, sexual orientation, age, disability, religion, conscience, belief, culture, language and birth.”

The values enshrined in our Constitution speak to a sacrosanct respect for the human rights and dignity of all who live in South Africa. This is what should inform the letter of policy and its implementation. The improvement of the quality of life for black African women should be prioritised because this significant portion of our country’s population continues to suffer triple oppression.

Bearing the brunt of Covid-19

As humanity deals with the Covid-19 pandemic, it is timeous that we use this catastrophe to reflect on its gendered impact.

Women in Informal Employment: Globalizing and Organizing has produced research on informal work in the context of the pandemic, which confirmed there is a disproportionate impact on the most vulnerable in society who do informal work to survive. It accounts for more than 60% of all global employment and 90% of employment in developing countries, the International Labour Organization reported in 2018.

The sectors severely affected by Covid-19 are those that mostly employ women in a supportive and caring capacity, a role historically assigned to them. The research findings show that in cities across the world, home-based workers and domestic workers were severely affected, with many losing already precarious work and others put at greater risk of Covid-19 infection.

What is needed is systemic change. The current response is inadequate and fails to address the core problem. There is an urgent need to flip the script and frame the global crisis to expose the core problems of racism and socioeconomic inequalities as they affect black African women. DM/MC

Sharon Ekambaram is head of the Refugee and Migrants Rights Programme at Lawyers for Human Rights. This op-ed is part of the Liliesleaf and the National Institute for the Humanities and Social Sciences’ launch of Women in the Struggle: 1950-1965, an online exhibition commemorating the significant role of South African women in the struggle for freedom and democracy.

As we mark Womxn’s Day on 9 August 2021, we remember all those who lost their lives prematurely in the Covid-19 pandemic that has affected our global community. The high price we are paying as a society was made real to me with the loss of Vanessa Jane Merckel, one of my closest friends. She was a sister to me, as well as a comrade and a formidable leader in our struggle for social justice. I pay tribute to her life and her legacy as a beautiful, loving and caring mother, an incredible human being and a strong fighter for womxn’s rights. She was a lecturer at the University of Johannesburg and in the week of her Covid-19 diagnosis in June, she received news that her PhD had been accepted. As a lecturer, she spoke about the values that we need to embrace for social equality, respect in our diversity and the critical need for community participation. May her soul rest in peace and in power.