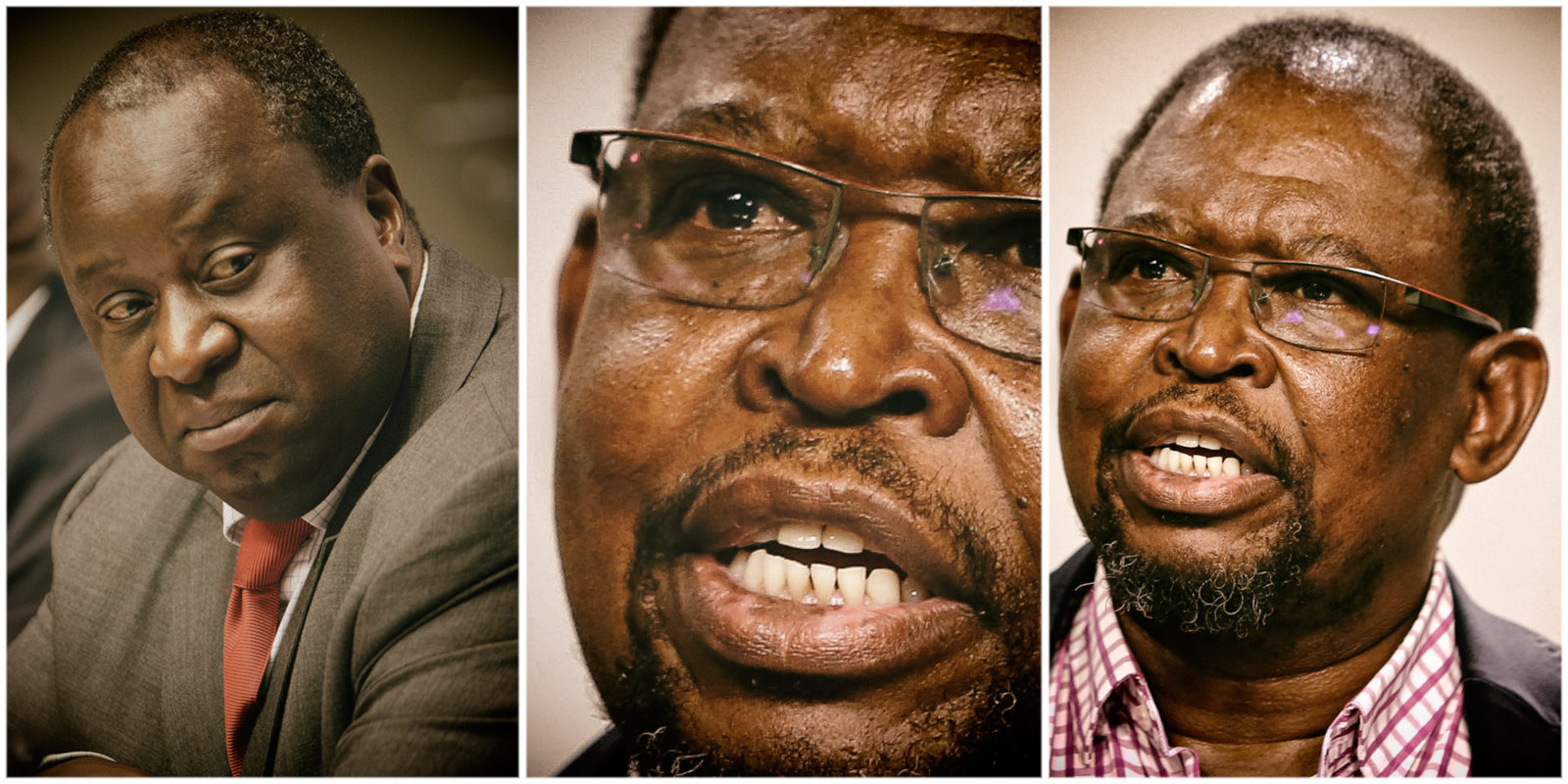 Shortly after the announcement, the rand weakened, sliding briefly to 14.75 per dollar from 14.38 just before. The currency then steadied to near the 14.60 mark.

The rand took a brief knock on news that President Cyril Ramaphosa had appointed ANC heavyweight Enoch Godongwana as South Africa’s new finance minister late on Thursday, but markets and the country’s bond holders are unlikely to be significantly roiled by the entry of a Ramaphosa ally and fiscal pragmatist into the top job.

Shortly after the announcement, the rand weakened, sliding briefly to 14.75 per dollar from 14.38 just before. The currency then steadied to near the 14.60 mark. 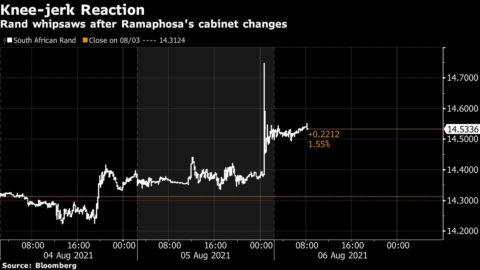 Since taking the job in 2018 Mboweni has long voiced his frustration with the inability of the ANC, and therefore the government, to take hard decisions on policy reforms like bringing down public sector wages and limiting bailouts for state-owned firms like Eskom.

Mboweni had largely been able to hold the line on both issues, recently agreeing to a 1.5% wage increase with public sector unions on the back of one of the country’s most austere Budgets, in February.

Godongwana is not as well-known and regarded by financial markets as Mboweni, a former governor of the SA Reserve Bank, but he is unlikely to cave in to pressure from the more radical faction of the ANC to loosen the government purse strings and allow the Budget deficit and public debt to widen.

“Godongwana’s hands are largely tied in terms of loosening the fiscal constraints… but the battles over economic policy and spending are likely to rage on inside the ANC,” said Daniel Silke, an independent political economy analyst.

“It’s unfortunate that SA is going through another change in the finance ministry, which has been a revolving door. Godongwana comes with the right experience. His name has been mentioned before. But there definitely will be expectations from the left wing of the alliance for him to take a more pragmatic view when it comes to fiscal austerity,” Silke said.

Godongwana has previously pushed back on radical proposals from inside the ANC, like nationalising the central bank, quantitative easing and throwing money at the growth and unemployment crisis. His views on a Basic Income Grant and expanding the government’s public employment programme may, however, be cause for some hand wringing by bondholders worried about SA’s swelling debt ratio, which is on track to hit nearly 90% of GDP in the next few years.

Isaah Mhlanga, the chief economist at Alexander Forbes, said Godongwana had enough clout and would not entertain any populist policies.

“Godongwana is well engaged on economic policy, financial markets dynamics and investor engagements. He has been the head of the ruling party’s Economic Transformation Committee, which has averted some of the possible populists’ policies under him,” Mhlanga said.

Bond markets, which hardly trade overnight but are particularly sensitive to political and economic risk, will be worth watching on Friday. South Africa’s benchmark 10-year bond trades at a yield of close to 9%, a steeper interest rate than other similarly-rated emerging market economies.

This is largely a function of the country’s lack of economic growth, but in the last few years also a reflection of investors’ concern about the lack of stability in the finance ministry. A big test for Godongwana will be making enough of the right policy noises to keep a lid on bond yields, which are ultimately what the government pays to borrow and fund the deficit.

“There might be lots of headwinds ahead for the SA debt, but we think that there have also been a few positive developments recently and also the positioning and absolute levels might be supportive for our cautiously optimistic view,” said Vladimir Demishev, of London-based Sova Capital. DM/BM