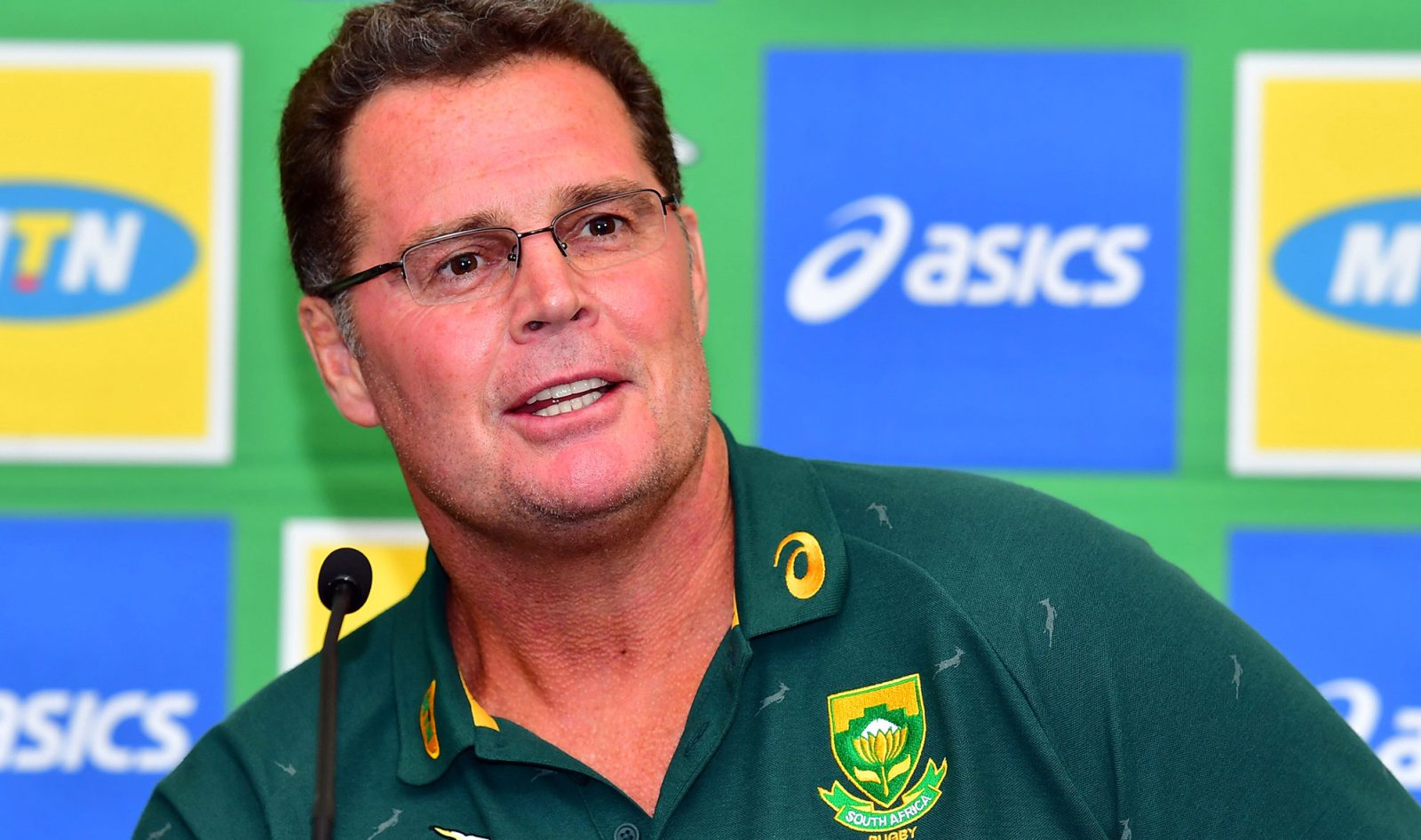 Rassie Erasmus will soon face a World Rugby disciplinary hearing for comments he made in a video released (or leaked) on social media exposing abject officiating. Despite the irregular delivery method, it has brought the sport to a seminal moment.

Rassie Erasmus has won as many admirers as he lost friends for his clinical dissection of the poor standard of officiating in the first Test between the Springboks and the British & Irish Lions.

His 62-minute video has sent shock waves through the rugby world for different reasons. Those that believe it was time someone called out authorities for the continual mistakes, and even worse, the arrogant way in which World Rugby deals with whistleblowers, have found a cause (Rassie) to rally behind.

The establishment has found a cause (Rassie) to rally against because he, through his unprecedented actions, threatens the status quo. This is why World Rugby will bring Erasmus up on misconduct charges after the series is over. It was a move as predictable as knowing that there will be lots of box kicks in the current South Africa/Lions series.

World Rugby has a code of conduct and SA Rugby and Erasmus are bound by it. It has been breached and World Rugby will charge him or face losing their sense of authority.

Erasmus highlighted 26 mistakes in the first Test which the Boks lost 22-17. Some of them could be chalked off as “close calls,” but many were complete howlers that almost certainly played a part in the Boks’ defeat.

World Rugby says there are “channels” to follow for complaints. Those are the same channels the Boks followed in 2009 when Bakkies Botha was charged for a perfectly legal cleanout of a ruck and was banned from playing the final Test of the 2009 Lions series.

They are the same channels SA Rugby followed after referee Bryce Lawrence blew them out of Rugby World Cup 2011 and the same channels they pursued when referee Romain Poite wrongly dismissed Bismarck du Plessis in a massive Test against the All Blacks.

All of those incidents led to significant and costly (both financial and career-wise) losses for the team, players and coaches. There have been many other times the Boks have diligently sent video reviews to World Rugby requesting “clarity” through the “channels”, yet nothing changes.

Einstein is credited with saying: “The definition of insanity is doing the same thing over and over again, but expecting different results.” Erasmus is not Einstein, but you don’t need to be a genius to figure out that following the “channels” is as useful as a ship trying to pass through the Suez Canal when it’s blocked.

Erasmus, therefore, decided to bypass the “channels,” understanding that he was breaching the rules. But the alternative was doing the same thing over again and expecting a different outcome. He even explains that he tried to go through those channels on the Sunday after the first Test but ran into the bureaucratic equivalent of a Duane Vermeulen tackle. He got nowhere.

The magnitude of the Lions series coupled with the feeling of injustice that the Lions received no censure for criticising the “neutrality” of (TMO) Marius Jonker’s appointment before the first Test, galvanised Erasmus’s thinking. In his view, the rules were not the same for both teams. He decided to go public with evidence knowing the blowback would come.

SA Rugby, Erasmus’s employers, are by extension of his actions, also in the dock. They are already planning their defence and their plea.

Bizarrely Marco Masotti, head of the private equity consortium MVM Holdings which is a majority shareholder in the Sharks, offered to help.

On his personal account, Masotti tweeted: “I have a team of New York lawyers ready to take care of Rassie and SA Rugby. Let us put World Rugby on trial …”

SA Rugby won’t be taking Masotti up on his ‘offer’ but the remark, despite being made mischievously on social media, was pointed and lifts the lid on a much broader issue.

Private equity firms, spending millions (billions in rand terms) investing in rugby teams and competitions, are not going to sit idly by if their “product” is ruined by poor officiating. Controversy and scandal might make headlines for a few days, but if the outcome of a match is not fairly decided by the players, fans will turn away.

When fans turn away, sponsors look elsewhere and ultimately it costs someone money. Increasingly that “someone” is a range of private equity investors who won’t be shy to use litigation as a means of changing the system to protect their investment. They are in the game to make money and anything that threatens that is a problem.

Masotti’s tweet is an indication that they are not afraid to take on a custodian such as World Rugby, whose preferred choice is always to punish the symptom but not treat the cause.

“It was a playful tweet. But I want to make the serious point that World Rugby needs to deal with the issues raised by Rassie,” Masotti told www.sarugbymag.co.za (not an official SA Rugby site).

“We will not get the game to the next level unless we address the game constantly being stopped by three guys looking up at a screen that I can’t see, and sometimes getting it wrong.”

Yes, the global body will point to initiatives, plans and programmes to improve and grow the game, but the reality is, at elite level, it’s falling apart. Officials are being set up to fail by an almost impossible array of laws and grey areas in the regulations and then being left exposed when it blows up.

Referees are human and make mistakes, but they are also paid professionals like the players and coaches, who are called whingers if they blame officials for a loss. Like players, some referees are better than others, so why should they escape scrutiny?

Refereeing mistakes are part of rugby, but it’s not an excuse to shrug and go – “we’ll do better next time”. For some teams, coaches and players, there is not a “next time”.

The Lions series is a once in a lifetime opportunity for both sides to make history. It can’t be so heavily impacted by problems with officiating. It has to be decided by players executing their skills through well-prepared tactics and not by complete howlers from officials.

Rugby asks fans to invest heavily in the sport through their time and money and it asks the same of sponsors and investors. Erasmus’s bold move has asked the rugby establishment to reciprocate those expectations through bold actions to make results reliant on players’ skill and not the referee’s inconsistent interpretations.

This is a moment for World Rugby to fix the cause that led to Erasmus’s video, and not put a patch on the symptom. DM