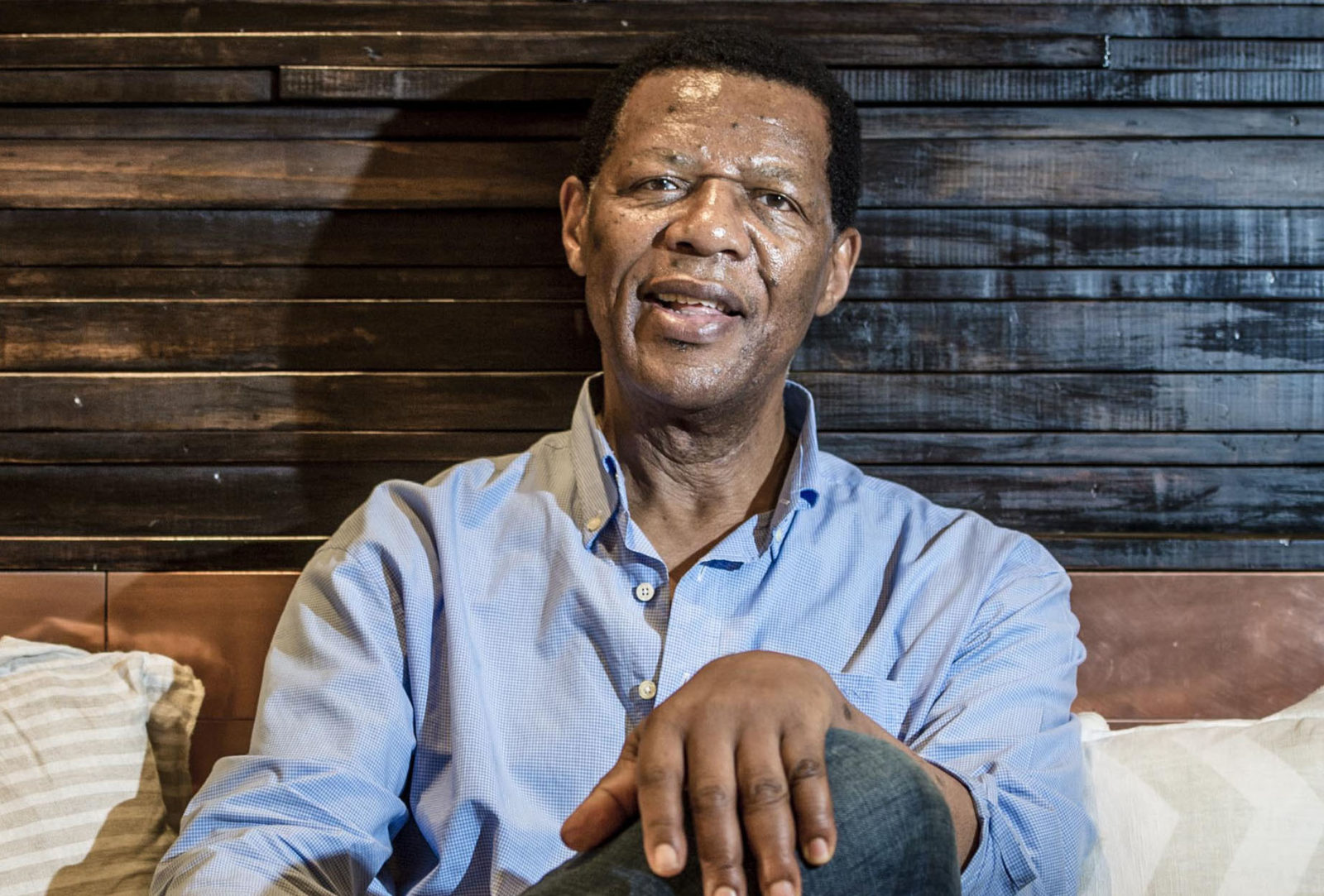 uMkonto We Sizwe veteran Mavuso Msimang poses for pictures during an interview on 05 April 2016 in Johannesburg. Msimang is amongst some of South Africa’s liberating heroes who are providing strong condemnation and opposition to the ANC. (Photo by Gallo Images / Rapport / Cornel Van Heerden)

The public disorder and violence of July was entirely of the ANC’s own making, given the long-standing Radical Economic Transformation grouping whose adherents believed that once former president Jacob Zuma was arrested they should protest.

“When the rupture happened, the spark was clearly lit by ANC people. Had we been able to manage this [tension], we would not have had the mayhem we have had. It is the ANC crisis spilling out in public.”

And it was “quite clear the intention” was to embarrass the government as much as possible, and dent people’s confidence in it. “Because what they did was to paralyse the economy and shock the nation.”

Msimang on Wednesday was in conversation with Centre for Development and Enterprise (CDE) Executive Director Ann Bernstein as part of the [email protected] series of webinars to mark the centre’s 25th anniversary.

The forthright ANC stalwart and Umkhonto weSizwe veteran, who headed SANParks and SA Tourism and also did a stint as Home Affairs director-general, is one of the veterans and stalwarts who have been speaking out from at least 2016 when the #GuptaLeaks broke wide open State Capture and corruption during Zuma’s presidency.

More recently, Msimang didn’t mince his words when he offered an “unauthorised ANC apology” for July’s wide-scale destruction in KwaZulu-Natal and Gauteng.

On Wednesday, during a wide-ranging and frank conversation with Bernstein, Mavuso said that what was urgently needed was clarity on what happened during the July unrest.

“We still don’t know who did what. That’s a matter that requires really urgent action. There is a need to find out exactly what happened.”

“You can’t talk about counter-revolutionary. There is not revolutionary behaviour to counter,” said Mavuso, calling on action to deal with poverty and help the poor.

And that included dealing with pervasive corruption which may be dismissed as petty, but greatly affected people’s lives. This corruption could range from having to pay a bribe to get medicines at a public no-fee hospital, to having to pay a so-called fee to obtain a driver’s licence.

“Many people tell us the most corrupt institution is the police – and those are the people, who are meant to protect, and to whom people must report crimes. It is bad,” said Msimang, who is chairperson of Corruption Watch.

Since its establishment in 2012, the anti-corruption and public interest advocacy group has received 2,300 corruption reports from ordinary people. This year 200 such reports have already been submitted.

“[Corruption] is pervasive and it demoralises the people and they lose trust and confidence in government.”

But the private sector needed to shoulder responsibility for its role in the corruption.

The government should have taken a very strong stand against those organisations that were “actively using public sector people to loot the state” and someone should look into why banks seemed not to be aware of the “money externalisation by the Guptas, for such a long time”.

It was important to investigate what had happened, said Msimang.

“There would be no corruption in the public sector if it wasn’t for the private sector, they are the ones who have the resources. That they are complicit is beyond doubt.”

Meanwhile, South Africa continued to live in the shadow of the nine “devastated”, rather than wasted, years. “These were years of devastation when there was a hollowing-out of state-owned organisations, criminal justice organisations, of departments, of municipalities, of Parliament. Even the ANC.”

Senior ANC National Executive Committee (NEC) members caught out in corruption still have to face consequences, like going to prison. That perhaps was one of the lingering consequences of the hollowing-out of the state, even if steps have been taken to reverse this by, for example, the appointments at the helm of the prosecution authority, tax collector and the Special Investigating Unit.

The NEC was aware of the Gupta corruption – “It was just too obvious,” said Msimang – and could have made interventions as it was empowered to do as the highest decision-making body between the national elective conferences every five years.

“There was always a group of people who fought and fought hard for right decisions to be made. They ended up losing their jobs, and they didn’t care.”

But this group was a minority.

“Zuma was feared, I don’t know, almost like a demigod.”

In the politics of the stomach, you do not want to upset your boss, because he can fire you. People thought it was too perilous to speak out perhaps because of a lack of other employment prospects. And people became corruptible.

“If you point the finger at me, you know five people will point fingers at you. That really ruined the organisation.”

But Msimang remains ANC, through and through.

“I would not still be in the ANC if I did not think it wasn’t redeemable,” he told Bernstein, but acknowledged it would be a steep mountain to climb.

Even if people decided the ANC should sit in the opposition benches, it was worth saving as the organisation carried so much history, founded as it was by ordinary people.

But right now would be a good time for ANC President Cyril Ramaphosa to take the steps needed to clean up what he can within the governing party, if not in the government.

“The unity the president so desires… it’s not going to be forged with people who are thugs, or thieves, or people who are involved in corruption,” said Msimang. DM