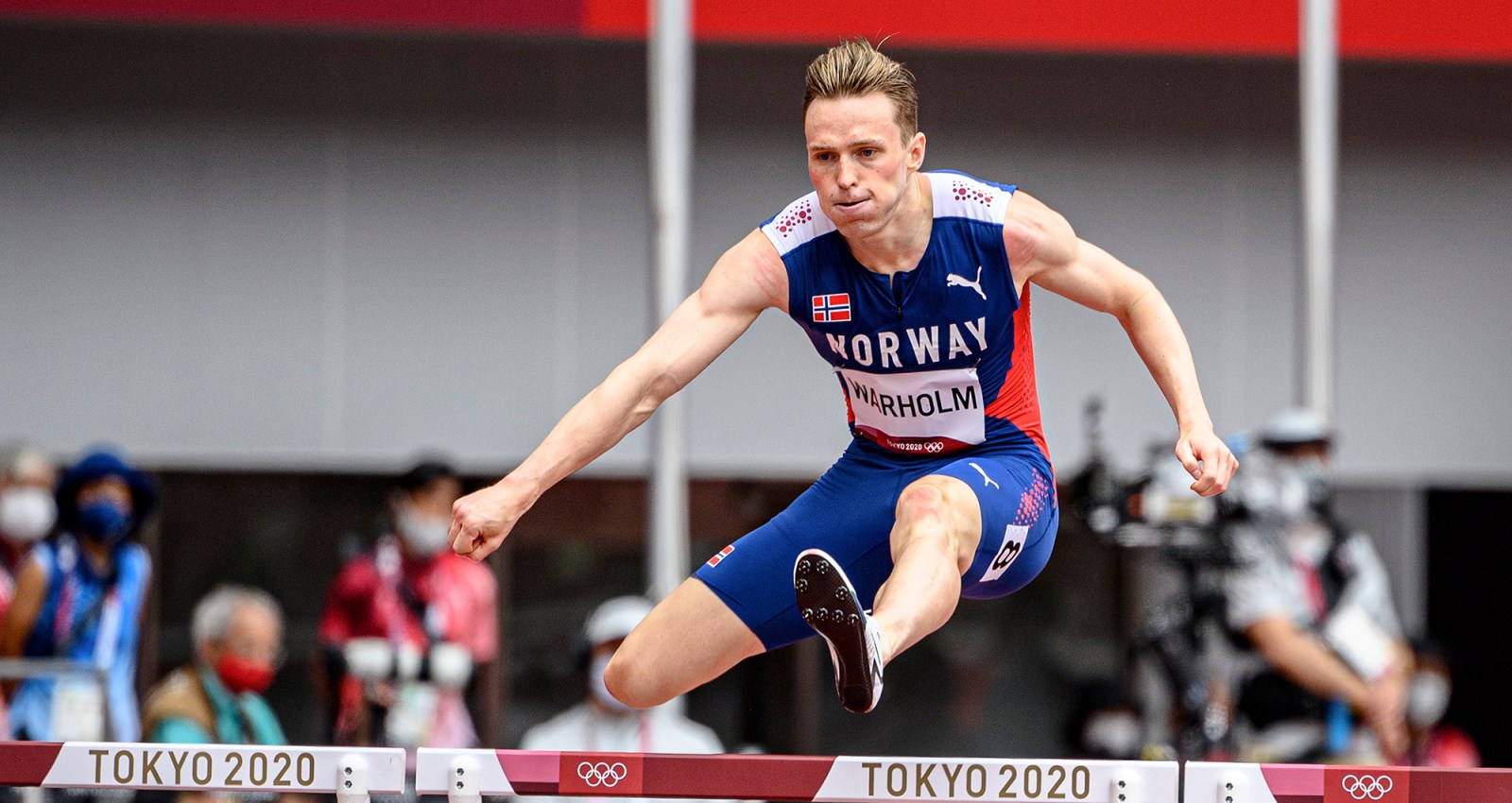 Simone Biles retook the gymnastics stage on Tuesday after a week’s absence, electrifying the Tokyo Olympics on a day that saw world records smashed and organisers probe the treatment by Belarus of an athlete now in diplomatic protection.

The return of Simone Biles, considered by many the greatest gymnast, ensured a blockbuster finale to bring gymnastics to a dramatic end as the American scored 14.000 on the balance beam to finish third.

She had abruptly dropped out of the team event earlier in the Games, citing mental health issues and focusing the global spotlight on the pressures top athletes face.

Meanwhile, the International Olympic Committee (IOC) said it expected a report later in the day from the Belarusian team on the case of sprinter Krystsina Tsimanouskaya, who sought protection in the Polish embassy in Tokyo on Monday after refusing her team’s orders to fly home.

She was expected to fly on Wednesday to Poland, which has offered her a humanitarian visa. The IOC spoke twice on Monday to Tsimanouskaya, who was in a safe and secure place, spokesperson Mark Adams said.

“Man, it’s so crazy. It’s by far the biggest moment of my life,” Warholm said after carving his name into the pantheon of athletic greats while crouching in apparent disbelief on the track. “You know the cliché that it hasn’t sunk in yet? I don’t think it has, but I feel ecstatic.”

In women’s cycling, Germany took gold in the team pursuit at the Izu Velodrome, beating Britain in a thrilling final after both teams traded world records in the heats. The US took bronze.

Outdoor athletes also battled the Tokyo summer weather, with highs of around 33°C and rainforest humidity.

Missing from the Games was the roar of an appreciative crowd after organisers banned spectators from almost all events due to Covid-19. The pandemic had already delayed the event by a year. The lack of fans, however, is not affecting viewership, the IOC said, as debut events such as surfing and skateboarding attract a global buzz.

Host city Tokyo is enduring its fourth coronavirus state of emergency with infections spiking to record highs and hospitals under increasing strain.

Tokyo Olympics organisers have reported 294 Games-related Covid-19 cases since 1 July, even as strict testing and monitoring measures continue inside the Olympic “bubble”.

Positive Covid-19 tests forced Greece to pull out of the artistic swimming competitions.

Biles, her hopes of six gold medals shattered, has been battling the “twisties”, a condition in which gymnasts lose their orientation while doing twists and gravity-defying mid-air tumbles, which forced her to pull out of events.

Japan’s Naomi Osaka, who had cited depression in taking a break from tennis in recent months, lost to the world #42 in the third round last week, one of many shocking upsets.

And making history, the first openly transgender Olympian, New Zealand weightlifter Laurel Hubbard, said she does not consider herself a trailblazer and merely wanted to be regarded as any other athlete on sport’s biggest stage.

Hubbard made an unexpected early exit on Monday, eliminated just 10 minutes into her +87 kg contest, ending an appearance that provoked controversy.

Transgender rights advocates applauded her being allowed to compete while some former athletes and activists believe her background gives her an unfair physiological advantage and undermines efforts for women’s equality in sport.

Elaine Thompson-Herah completed a second successive Olympic sprint double on Tuesday when she won the 200m gold in a blistering 21.53, the second-fastest time in history.

The Jamaican controlled the race from the start and was a clear winner, but 18-year-old Christine Mboma of Namibia produced an astonishing final 30m to make up four places and take silver in 21.81.

Thompson-Herah, 29, ran 21.66 to win her semi-final. But, on a warm and humid evening at the Olympic Stadium, she was able to find an even higher gear.

The Jamaican, who won the 100m on Saturday, became the first woman to successfully defend the sprint double, breaking Merlene Ottey’s national record on the way.

“Oh my God, it’s amazing that I have ever seen this day. That I could complete another double. I can’t believe it,” she said, adding that her body needed urgent rest.

“It feels amazing to win two golds again. I have had a rough week. I never slept after the 100m final. I really had to pull it out to win the 200m. It’s a new PB (personal best) and a national record. I am so, so happy.”

American Gabby Thomas, who had the fastest time of the season of 21.61 coming into the race, took the bronze in 21.87, just edging out 100m silver medallist Shelly-Ann Fraser-Pryce (21.94).

Away from the competition, some Australian athletes damaged their rooms in the athletes’ village before departing. The team’s mascots — an emu and a kangaroo — went missing but have since returned, team chief Ian Chesterman said. DM/Reuters