With the Arab Spring on the back foot, the struggle for political change is far from over 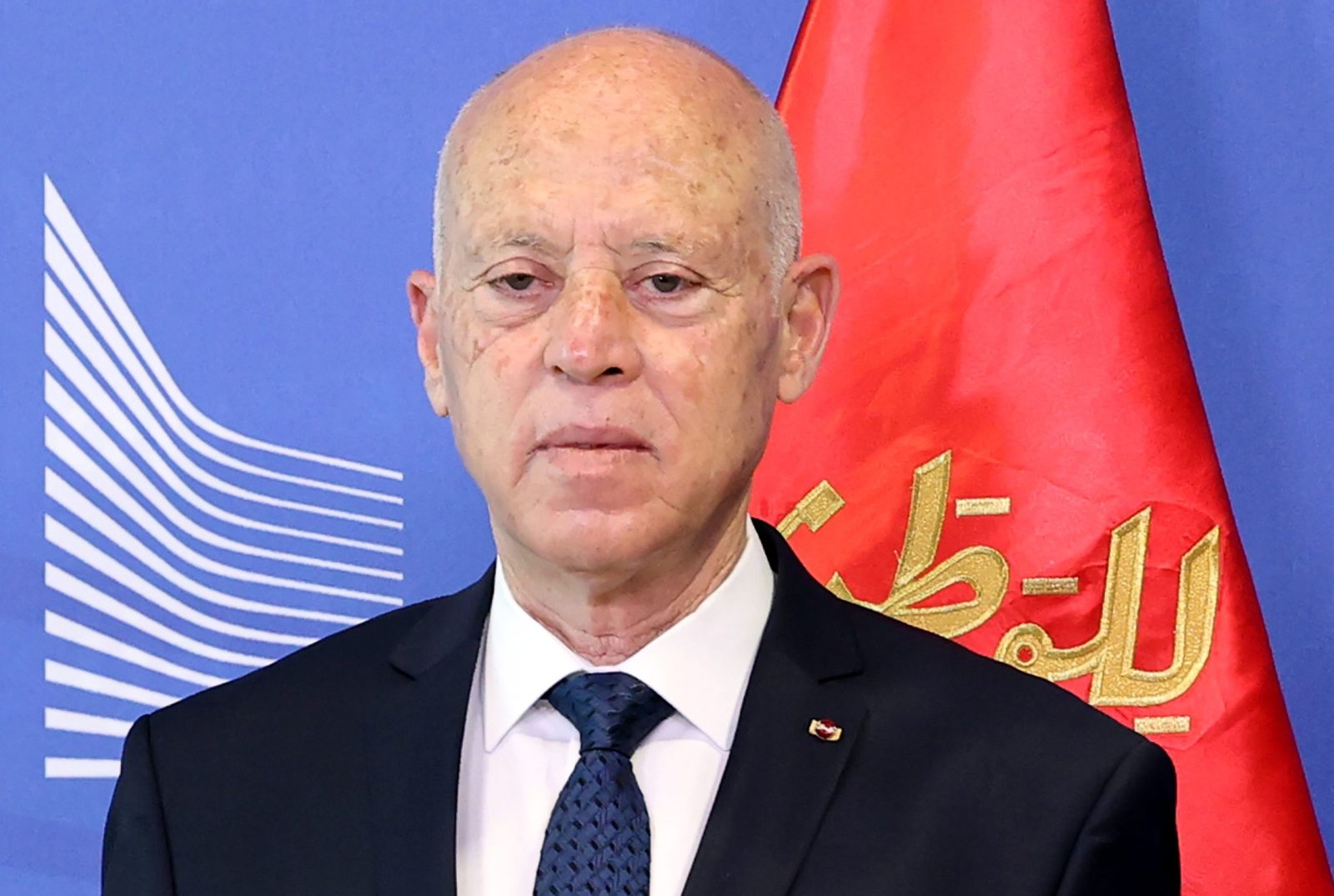 Tunisian President Kaïs Saïed's moves this week worsened the uncertainty and fears that Tunisia’s fragile 2011 Arab Spring is regressing, like all the others in the region, to autocracy. (Photo: Dursun Aydemi/Anadolu Agency/Bloomberg)

As Tunisia’s political crisis shows, removing dictators is just one step on the long road to economic and political stability.

On 17 December 2010 a young Tunisian, Mohamed Bouazizi, immolated himself as a sign of protest in the small town of Sidi Bouzid. This dramatic, isolated act led to mass protests across Tunisia and much of North Africa, Yemen and Syria, eventually dubbed the ‘Arab Spring’.

Ten years on, several leaders have been ousted, but the hopes of those who joined the mass protests are shattered. The political and economic gains from the Arab Spring have been far fewer than initially expected. A striking example is the 25 July move by Tunisian President Kais Saied to dismiss the prime minister and suspend parliament for a month. The decision came in the wake of widespread protests leading to clashes with security forces.

Tunisia’s latest political crisis comes as citizens face tremendous economic difficulties worsened by Covid-19. After immense hopes for Tunisia — often hailed as the only successful transition in the Arab region — the recent upheaval shows how hard it is to achieve a fully anchored and functional democracy.

Yet over the past decade, North African countries have all witnessed the vital development of civil society groups, especially in Tunisia. The country now has far greater freedom of speech than before, and civil society uses social media to speak out against abuses. These are notable achievements.

The impact of the Arab Spring has been different for each North African country. In Egypt, for example, real change hasn’t occurred. The 2012 presidential elections saw victory for Mohamed Morsi and the Muslim Brotherhood. Morsi would, however, be rapidly ousted by the military in July 2013.

In Tunisia, despite greater freedom of speech, people struggle to consolidate their political gains as phantoms of the old regime remain in the political sphere. The Islamists and the Ennahda party and their religious views are slowly penetrating Tunisian society, using coercive methods similar to those of ousted president Zine El Abidine Ben Ali.

Economic deterioration in Tunisia, Egypt and Libya is striking. A May report by the Institut Montaigne outlines how — after being one of the most competitive countries in Africa — Tunisia’s economy has declined dramatically since 2010, reaching -7% growth in 2020. Socio-economic frustration and dissatisfaction have led to countless demonstrations over the past decade.

According to the Institut Montaigne, 15% of Tunisia’s active population is unemployed, peaking at 30% for university-educated youth. To address this, the government has embarked on a massive employment drive, with public servants today constituting 18% of the workforce. In 2016, public employment accounted for 600,000 jobs compared to 450,000 in 2010.

Meanwhile, since the fall of Muammar Gaddafi, Libya has been torn apart, with two different governments in Tripoli and Benghazi vying for power. Countless militias have imposed their own rule while the national economy has weakened. The situation is complicated by the intervention of regional and international actors who have taken sides in the conflict.

Despite these problems, Sudan and Algeria provide encouraging signs that socio-political movements kindled during the Arab Spring are still alive. Sudan’s protests for freedom and democracy, which started in December 2018, are evidence of this. Following months of public demonstrations, the country’s former president Omar al-Bashir was ousted in April 2019, replaced by the Transitional Military Council. The council and the Forces of Freedom and Change agreed to a 39-month transition phase that should see a transfer of power to civilians.

Likewise, in February 2019, Algerians protested every Friday against president Abdelaziz Bouteflika’s attempt to run for a fifth term. Bouteflika was eventually forced to resign in April 2019. Yet Algerians wanted more — they were determined to see the entire political system dismantled and reformed.

Sudan and Algeria’s mass protests should be seen as a continuation of Tunisia’s Jasmine Revolution — when Ben Ali was peacefully ousted. For Algerians, Bouteflika’s removal was another step in the country’s nation-building after independence in 1962.

The African Union (AU) didn’t play a major role in the Arab Spring. However, it has been tasked with managing the fallout from the conflicts and the unconstitutional changes of government that have followed.

Foreign meddling has dented the Arab Spring process in North Africa. Interference in AU efforts to find a peaceful solution in the early weeks of the Libyan uprising undoubtedly worsened the situation. The current military presence of France, Turkey, Egypt and the United Arab Emirates in Libya further complicates attempts to stabilise the country. A decade on, the AU still hasn’t managed to make its voice heard in the Libyan quagmire.

The Arab Spring uprisings also lacked what French political scientist Bertrand Badie calls a ‘transformer’ — a political organisation able to transform people’s anger and frustration into a government programme. This has prevented the emergence of a new political elite, says Badie.

Ten years on, the conditions that led to the Arab Spring uprisings remain. In Egypt, where Abdel Fattah el-Sisi — elected in 2014 and 2018 — rules with an iron fist, freedom of speech is increasingly in danger. In Libya, foreign interference has hobbled the country’s political and economic reconstruction. In 2010 young Tunisians were asking for jobs and respect for their dignity. While there has been some political progress since then, unemployment remains high, along with emigration levels.

According to a 2020 Arab Youth Survey conducted across the Middle East and North Africa, the main concern for nearly 89% of 18- to 24-year-olds is high unemployment, and only 49% trust their government to solve the problem. This explains why increasing numbers of young Arabs dream of migrating.

The path to democracy is a long and tedious one made up of various steps and ‘micro-revolutions’. These transitions are fragile. To succeed, they must be fully supported by all political parties and institutional actors such as the army.

The Arab Spring’s greatest achievement is perhaps that in this era of social media, leaders are now aware that their people won’t remain silent indefinitely. The populace is willing and ready to raise their voices again. DM