Why Simbine is revealing his true promise as one of the... 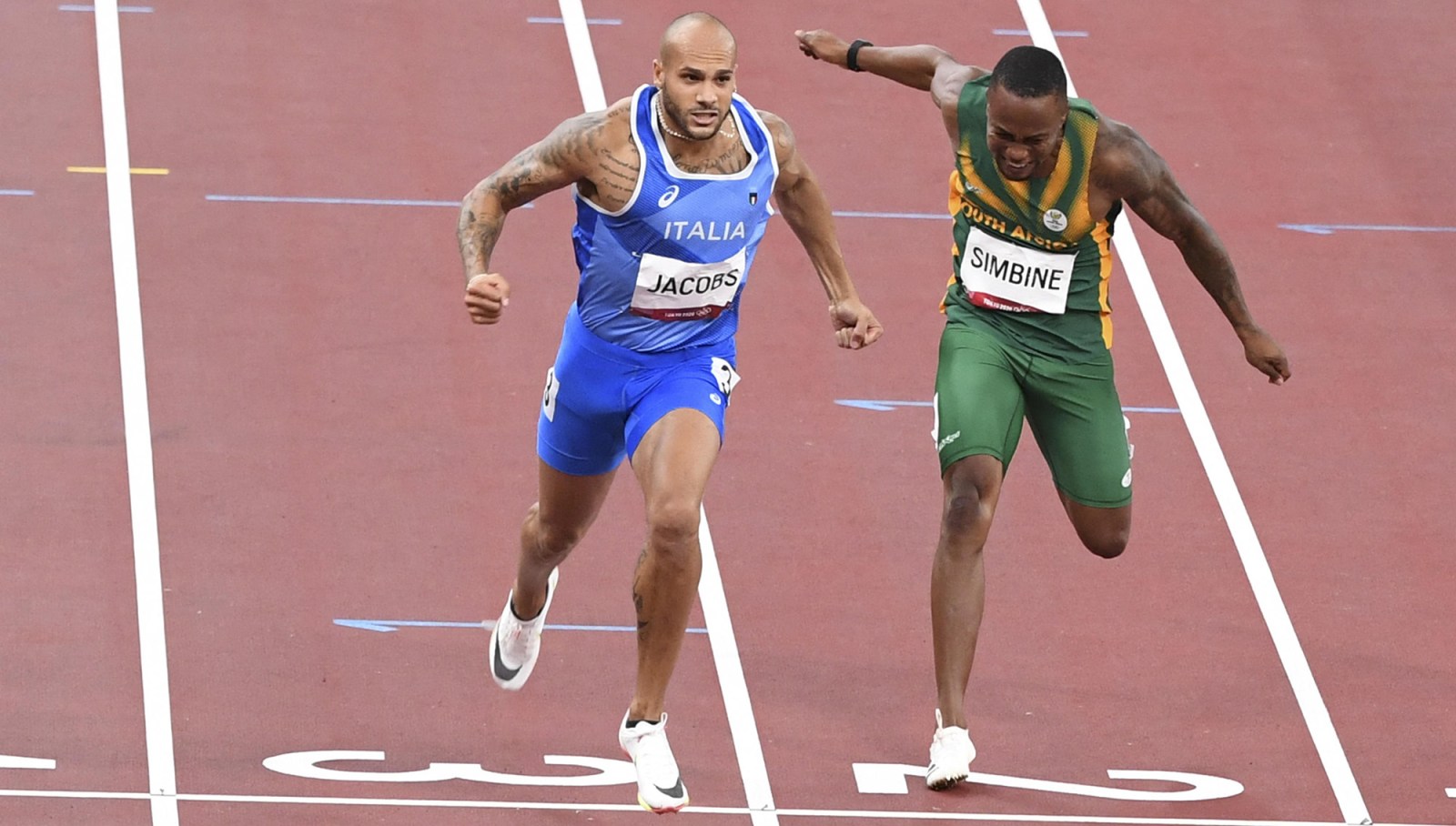 Before Akani Simbine gets ready for his next challenge — playing the role of talisman in South Africa’s 4x100m relay squad later this week — he needs to take a clear look at himself in the mirror.

Akani Simbine needs to be comfortable with his reflection — that of the fastest person in Africa and the fourth fastest person on earth. Simbine is regarded as one of the most honest and genuine individuals in the ego-driven, testosterone-fuelled world of 100-metre sprinters and a winner for South Africa, no matter what the scoreboard shows.

Now, this is for those who feel that Simbine was a “disappointment” to “only” finish fourth. Some of social media’s keyboard warriors had some truly hurtful things to say — the vast minority it must be pointed out — but as the psychologist for Team SA at the Tokyo 2020 Olympics, Professor Pieter Kruger, observes, “once you see something it’s hard to unsee it”.

“That’s the way we are programmed. We call it the WYSIATI principle: ‘What You See Is All There Is’. It’s also known as availability bias.”

It doesn’t matter if the social media troll has seven followers or seven million followers. Few of us have the ability to “unsee” things and most of us are affected by direct criticism. “I advise my athletes to stay off social media for that reason,” he adds.

“To pause, just for a brief moment, and think of yourself. The job you do, if you have a job, should be important to you. You should take pride in it and do your best. How good is your best? If rankings were available, as they are in sport, where would you rank in your country, in the world? So why criticise someone else, probably someone you’ve never met.”

Simbine’s job is athletics and he’s the fastest man in South Africa, Africa and he’s ranked No 4 amongst a global population of 7.6-billion people. If anyone can run the 100m quicker than him than the three medallists who finished ahead of him at the Tokyo Olympic stadium on Sunday night, let them come forward.

Yet, for all that, Simbine will still be hurting inside. Four hundredths of a second, a long blink of the eye, is what separated him and a medal. He ran that 100m in 9.93 seconds after qualifying for the final two hours before that in 9.90sec.

Afterwards, he himself took to social media and tweeted: “4th place. Probably one of the worst places to finish in a race. Thank you for all the support and belief through this journey. It’s always an honour representing my country on this stage. The dream of standing on that podium will be a reality one day.”

Kruger agrees that fourth place in the Olympics is the hardest position to digest. “Mentally it’s always a tough one to take and especially when it’s a matter of 4/100ths of a second,” Kruger said.

“There is no medal and if you’re fifth or sixth in an Olympic final it’s easier to get over it. But I’m glad to read Akani’s reaction afterwards and that he is still young enough to try again at Paris 2024.”

The general consensus was that Simbine had got off to slow starts in both the semi-final, where he finished strongly for fourth in 9.90 and in the final when he again came through late for fourth in 9.93.

However, when you look at the reaction time for both races, Simbine was second fastest off the blocks, in 0.140 and 0.141, respectively. Only Jason Rogers got away quicker and he finished sixth in the semi-final, while only Fred Kerley, who claimed silver in the final, responded faster.

Ultimately, once the race is dissected and analysed, it was probably between metres 10 and 40 that Simbine had left himself too much to do in the second part of the race to make up that 0.04 that stood between him and an Olympic medal. Although the naked eye shows he was away slowly, the reaction time of the gun tells another story.

And the fact that we’re talking about hundreds of seconds in determining who the fastest men on earth are, and Simbine is right in that discussion, is why we need to acknowledge what a fantastic performance he produced and the career he is carving out for himself.