(Bloomberg) --Tokyo is experiencing a record surge in Covid-19 cases during the Olympic Games as the more infectious delta variant rips through Japan, though contagion among those linked to the event appears to be relatively contained so far.

To date, organizers have announced 276 positive cases among people connected to the Olympics, including 24 athletes out of the more than 11,000 who are expected to participate. Of over 400,000 tests conducted so far on athletes and stakeholders, the positivity rate has been only 0.02%, organizers said on Monday.

“There is a separation between the athletes and the various stakeholders, and the general population,” Mark Adams, International Olympic Committee spokesperson, told reporters Monday. “You can’t reduce the risk to zero, but we have with the playbooks pretty well covered the ability to reduce that risk as far as we can.”

The so-called playbooks set out Covid-prevention measures and rules for each Olympics participant including athletes, officials and media. 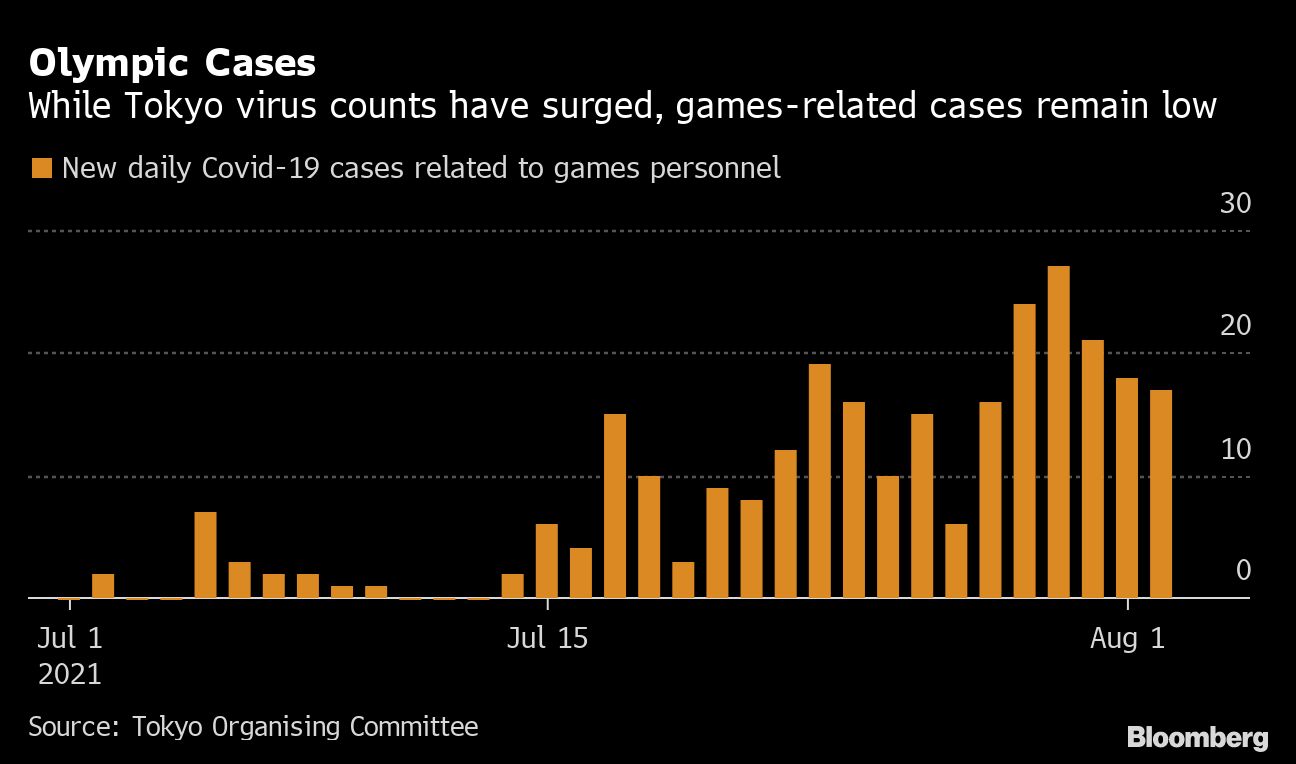 Breaking down the category of people with positive test results, the largest numbers are among Tokyo 2020 contractors — third-party personnel who are contracted to the games to provide various services – and games-concerned people, who include those affiliated with the IOC, National Olympic Committees and Olympic Broadcasting Services. There have been a cumulative 144 and 83 cases in those categories, respectively.

While athletes in the Olympic Village are required to test daily, requirements are less strict for volunteers who have less contact with athletes. The rules are also harsher for those flying in from overseas, compared to Japanese residents. 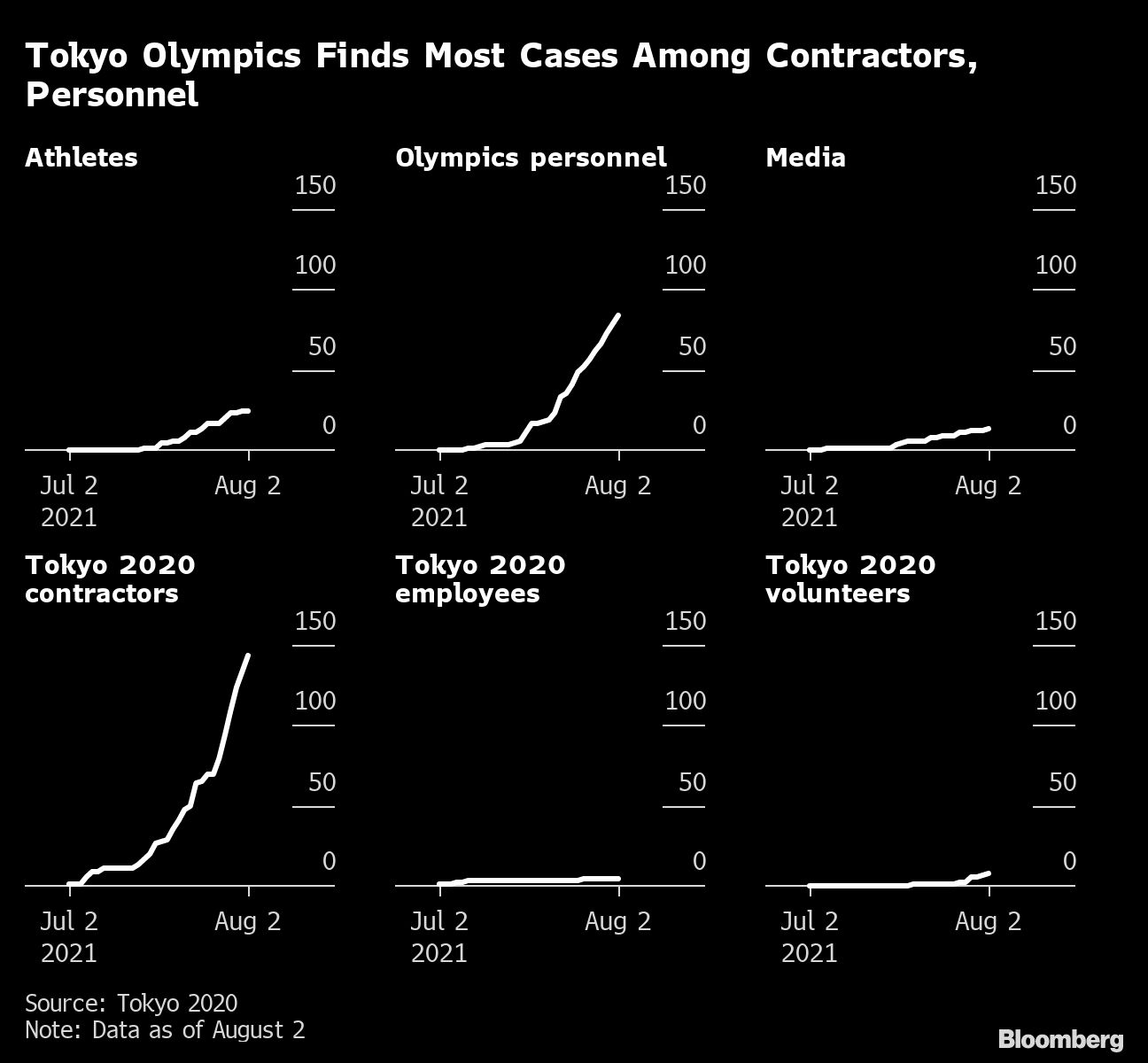 The Olympics-related numbers contrast with the surge in the broader Tokyo area, where daily Covid-19 case counts jumped to a record 4,058 cases on Saturday. Another 2,195 new cases were found on Monday.

Last week, Japanese Prime Minister Yoshihide Suga expanded the state of emergency to areas surrounding Tokyo and extended it to the end of August, in a bid to contain the latest wave of infections ahead of general elections that must be called by the fall.

Before the games began, local opinion on the Olympics was hotly divided, with polls suggesting the majority of people didn’t think the event could be held safely. 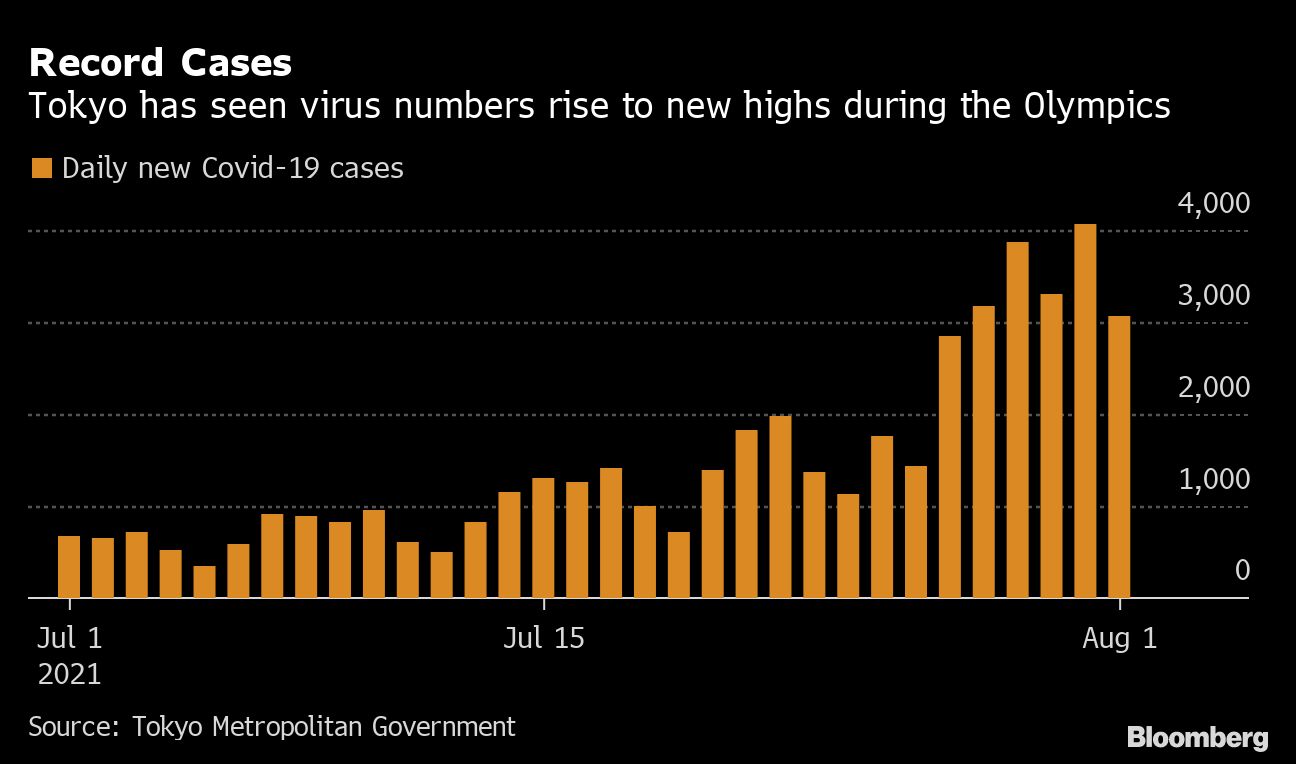 Hiroshi Nishiura, a professor and epidemiologist at Kyoto University, called on Twitter for the Olympics to be stopped a day after the opening ceremony, predicting that the situation will worsen for hospitals taking in Covid-19 patients after hearing that capacity was already beginning to be breached.

While concerns and divisions remain, for now some social media analysis is showing the public mood appears to be shifting following Japan’s gold medal haul.

The virus positivity rate has also been surging for tests being conducted in the capital, nearly quadrupling from July 1. While far more of those being infected are younger people, following the country’s drive to get the elderly vaccinated first, the number of those in serious condition has also been rising. In July, the number of people hospitalized roughly doubled to over 3,000 by the end of the month. 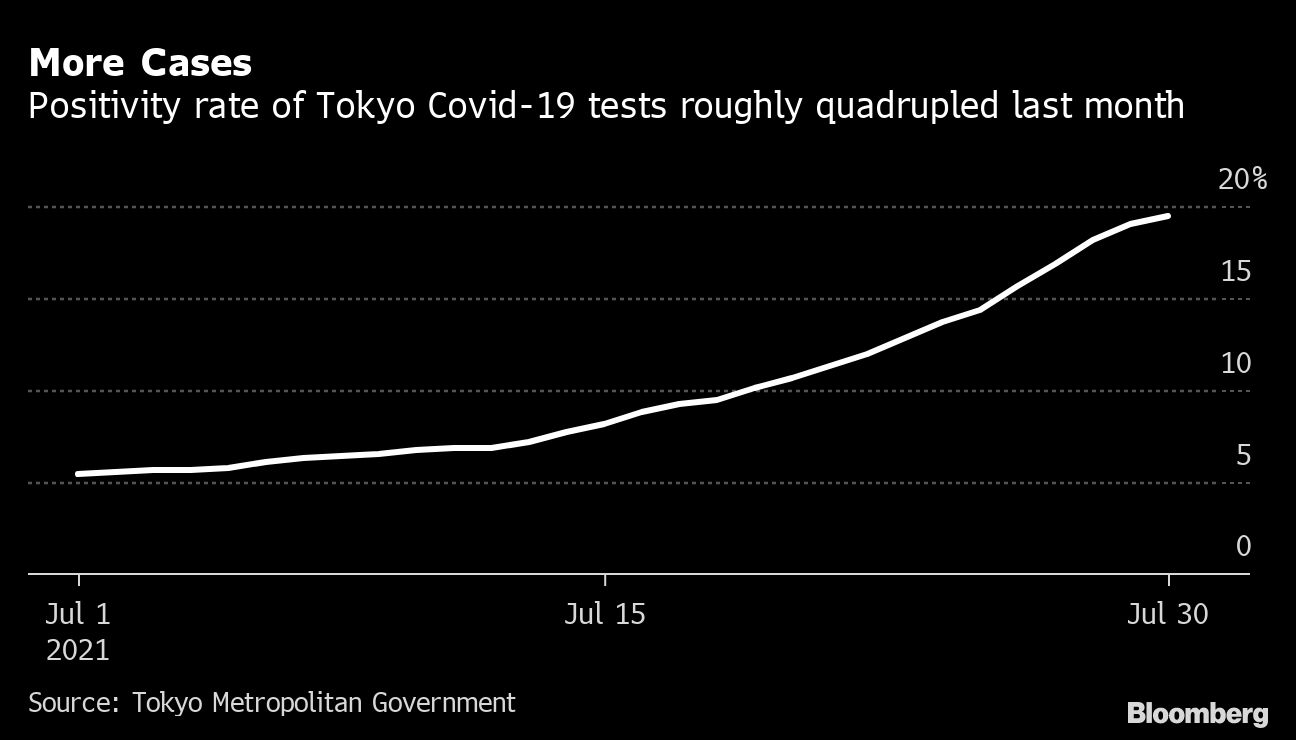 –With assistance from Jane Pong.