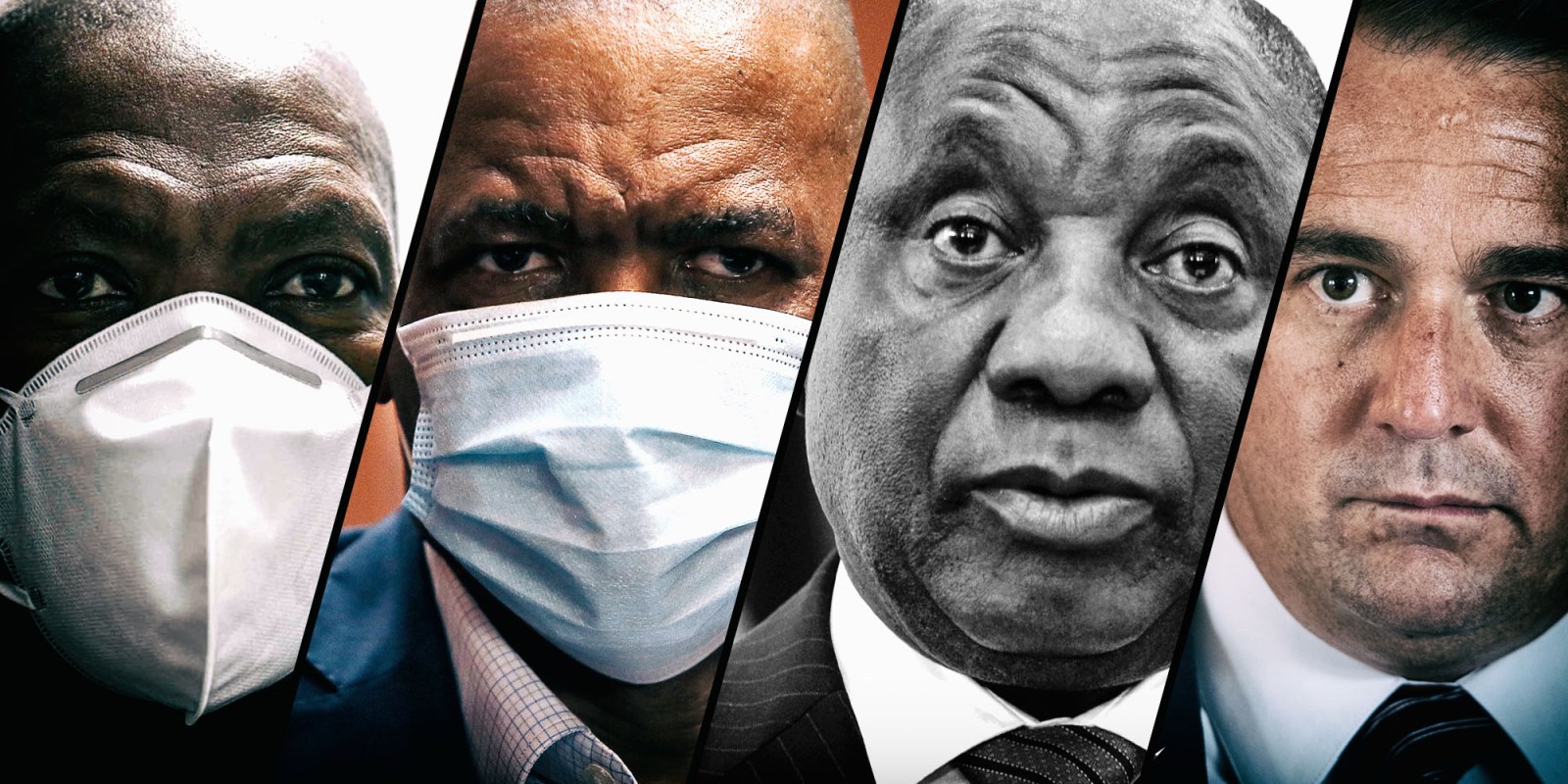 There is growing public pressure on President Cyril Ramaphosa to make major changes to his government, while he himself has said we must ‘watch this space’. It is clear that if he does not act, there will be political consequences for him.

The past few days have seen sharp public criticism of the way in which President Cyril Ramaphosa’s Cabinet behaved in the run-up and during the unprecedented violence that washed up on SA’s shores in July. The Police Minister, Bheki Cele, has disagreed with the State Security Minister, Ayanda Dlodlo, in public, and the Defence Minister, Nosiviwe Mapisa-Nqakula, first disagreed with Ramaphosa over the definition and nature of the violence and then reluctantly changed her tune under apparent pressure to step back into line. Other ministers, including acting Presidency Minister Khumbudzo Ntshavheni, appeared to have failed to give proper information to the public.

In normal times, all predictions of a Cabinet reshuffle should be treated with caution. While many people might believe that a change is needed, or that certain ministers need to be moved or replaced; in the end the only political analysis that matters is that of the president himself.

There are always many dynamics to consider: there is the perceived performance of the ministers, the constituencies they represent within the ANC, the views of the National Executive Committee, the fact that firing someone may automatically turn them into an enemy… Hence, many national and provincial reshuffles involve moving ministers and MECs around, but not entirely removing them from access to power. It is also why certain positions, such as arts and culture minister, or their deputy, are used as apparent demotion, but the politicians exiled to the ANC’s version of Siberia can still be kept on a short leash.

However, this time things are different. So many different boiling pressures have built up that keeping the lid on is becoming increasingly untenable – a reshuffle dynamic appears unstoppable now, even if only because Ramaphosa will appear weak should he continue to keep his firing powder dry at this turbulent moment.

Currently, there is no permanent presidency minister (after the death of Jackson Mthembu), Zweli Mkhize is on special leave as health minister and there is a wave of strong criticism demanding the heads of ministers Cele, Mapisa-Nqakula and Dlodlo from the security cluster.

Perhaps the final impetus for a reshuffle may come from the Special Investigating Unit’s (SIU’s) report into Mkhize. The court papers filed by the SIU have revealed exactly how Mkhize and his family allegedly benefited from the Digital Vibes scandal, as first broken by Daily Maverick Scorpio.

The court documents detail how money was moved around in boxes and parcels, how Mkhize continually SMSed the health department director-general to sign the Digital Vibes contract, and much, much more.

There are too many damning details to list here, but let us just remember the earlier reporting by Daily Maverick Scorpio which detailed how prices were inflated, including an invoice of more than R3-million to arrange an interview with the SABC, to the benefit of those running the company, and presumably Mkhize himself.

All of this makes it virtually inconceivable that Mkhize can return to office. All that he achieves by remaining there is for him to continue to receive a government salary.

Then there is the public statement by Ramaphosa himself.

As quoted by News24 last week, when asked at a vaccination site about a possible reshuffle he said, “I know that everyone… is talking about this thing called a reshuffle… what I can say is, watch this space.”

This appears to be a deliberate hint, from a man known for speaking deliberately, of a plan to take action.

However, the pressure on Ramaphosa to do something has been building for several months.

Mthembu died more than six months ago, and Ramaphosa has taken no action in that time. The dynamics within the ANC have also moved after Ramaphosa was able to ensure the suspension of Ace Magashule as secretary-general, and the implementation of the “step aside” Nasrec conference resolution.

But the biggest dynamic has been the shift from the prospect that Ramaphosa might be removed at a National General Council to the appearance that he will not face much opposition at all at next year’s ANC conference, a massive shift in the president’s political standing

This would appear to have given him more freedom in which to move. And yet still there has been no action.

One of the main reasons: it is not that simple.

A reshuffle is not just about removing people from Cabinet, it is also about appointing competent people to Cabinet. And with just two exceptions these have to be MPs. Magashule controlled the list process during the 2019 elections and thus largely determined who would go on to become an MP, and this fact weakens Ramaphosa’s options considerably.

As a result, he may simply not have many people whom he can trust enough to promote to some of the big jobs.

Considering the difficult political situation at the moment, it may even be that some people don’t want to be in Cabinet. Business Day suggested on Friday that Ramaphosa had been looking outside Parliament for a new finance minister but that a source had indicated “no one wants the job”.

In the meantime, the DA leader, John Steenhuisen, appears to be suggesting that his party is ready to join the Cabinet to help deal with the current situation. He appears to be trying to put pressure on Ramaphosa to consider a government of national unity.

There are some arguments in favour of this move. It could be claimed that after the violence, because of the pandemic, and as a way of relegitimising the state, this is exactly what is needed. It could be seen as a moment where the entire country comes together to solve our problems.

It could also be suggested that were such offers made to other parties, many of them would take it up. The DA has indicated it would, the Good Party is already in Cabinet, the IFP and the Freedom Front Plus have been in such governments in the past and other parties might feel inclined to join.

However, the EFF is unlikely to agree to such a move. Which would create the fascinating perception that the government could be “everyone but the EFF”.

But this would involve the ANC having to give up too much power. For this reason (and several others) this solution does not look likely at the moment.

In the meantime, the longer Ramaphosa waits, the weaker he may appear, and the weaker and less legitimate his government will be. In a worst-case scenario, no action will only embolden his opponents to keep pushing against him.

And while Ramaphosa is now the politically dominant force in the ANC he cannot hesitate forever. With no action against security cluster ministers fighting in public, there is nothing to stop those involved in the violence from trying to instigate it again. DM