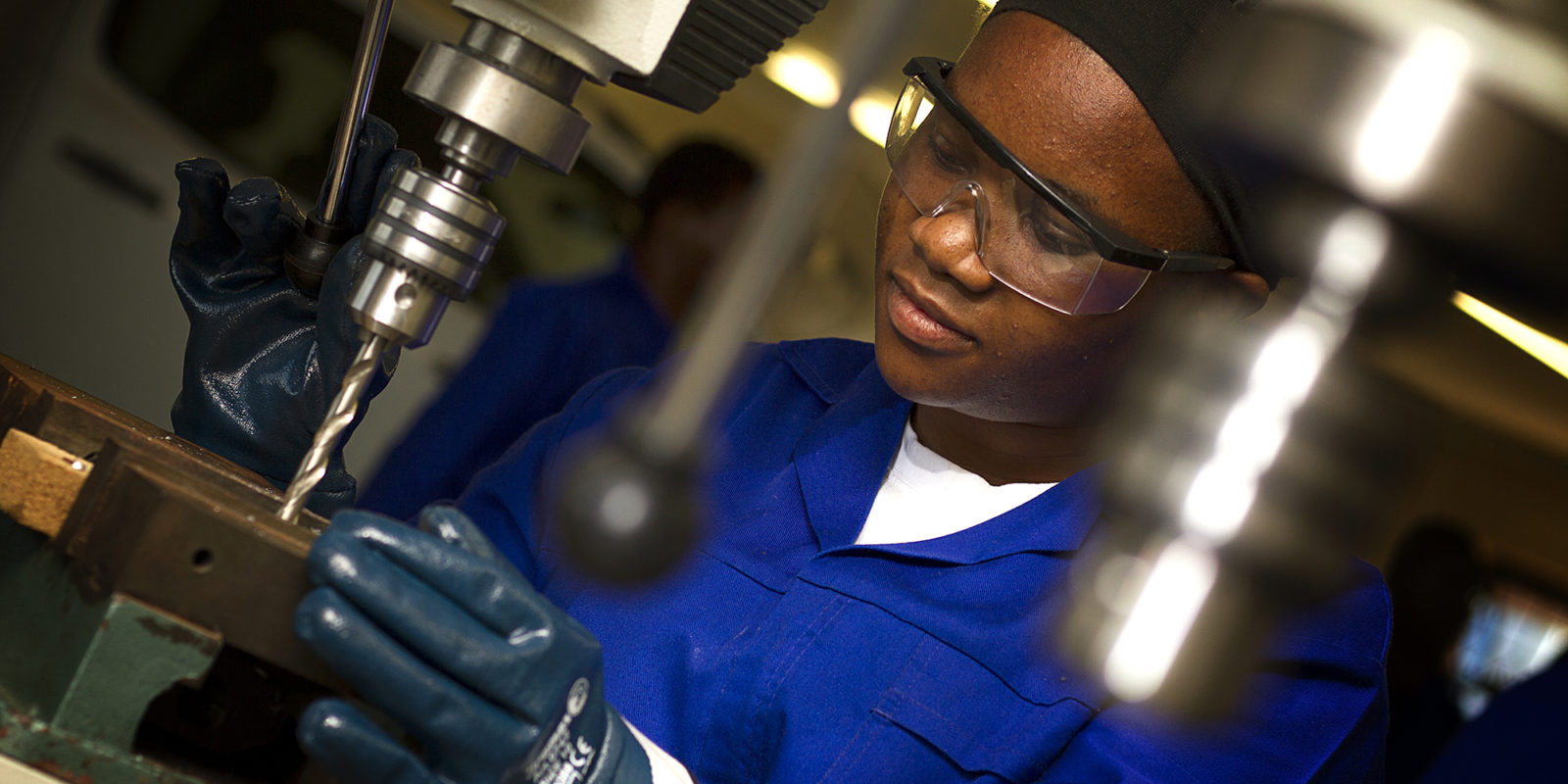 Education players should be embedded into economic planning processes focused on growing sectors of the economy, instead of skills being seen as something to be specified by the economy in order to be ‘produced’ by the education system.

Professor Stephanie Allais is a professor of education and SARCHi research chair in skills development at the Centre for Researching Education and Labour (REAL) at the University of Witwatersrand.

There are no easy fixes to addressing these problems. Take youth unemployment which has been explored in Daily Maverick. Rebone Tau argues that the solution lies in fixing the TVET system to ensure a focus on technical skills, as opposed to youth getting a university education.

Glen Mills suggests that industry players and tertiary institutions should “seize the initiative and demonstrate dynamic leadership” to ensure partnerships between colleges and employers and to ensure that employers train.

Certainly, the vocational education sector needs more of the post-school budget, as Mills argues, and certainly, we need better coordination in government (and within and between the myriad skills-linked structures), as Tau argues. Yes, we need colleges and universities collaborating with employers.

What is the problem?

But if we want to “fix” the skill formation system, we have to put more effort into understanding what has stopped us from implementing these apparently simple solutions to date. Is it just that the policymakers don’t know what to do? This seems unlikely, because a cursory look at our policies and systems shows that they are attempting to do what Mills and Tau suggest — and failing.

We need to understand why these apparently simple solutions don’t work — and for this, we need to understand the dynamics of skill formation in South Africa. We need to see the skill formation system as the full picture of knowledge and skills produced in schooling, colleges, universities and other education providers, as well as training that happens in workplaces. The relative strength and size of each of these is shaped by the economy and the types of labour markets that exist within it.

The nature and structure of labour markets are key determinants of the structure and quality of education and training for work. Improved pathways from education to work need a growing economy and reduced fragmentation of the workforce. Inequality, fragmented work, a casualised labour market and a historic and current built-in dependence on cheap labour and the exploitation of primary resources, as well as a bias towards importing technology solutions, all work against the possibility of good vocational education and the development of skills.

Many of the specifics of our policy systems have failed because of a lack of engagement with these underlying realities. Instead, we have focused on collecting labour force information, with the belief that all we have to do is pin down what is “demanded” in the economy to ensure that the education system “supplies” it.

The first piece in the jigsaw puzzle of mechanisms for collecting labour force information for education planning was the creation of sectoral education and training authorities (Setas). One of their roles is to understand employers’ skills. This has been done through the submission by companies of a workplace skills plan.

The idea was that these plans would aggregate employers’ priorities in each sector. Then they would be able to fund the necessary training for their sector. But it became increasingly apparent that employers are not very good at predicting future needs. Even in terms of current vacancies, they have limitations. They tend to focus on identifying deficits in staff — so a skill like “critical thinking” comes up as a scarce skill, but is very unhelpful for planning.

A second problem was the way the reports were set up.

Setas refunded employers if the training they did corresponded to the plans they submitted. This encouraged employers to report very limited skills needs in their training plans, and to select only the skills they could easily train for. This is another reason why the data going into the system from employers was weak.

Another problem was the production of sectoral reports which did not fit easily into educational planning. Skills are needed across the economy. There might not be a shortage in a single sector, but shortages could exist across the economy.

Even within the public sector, where skills planning should be relatively straightforward — the state knows how many nurses and teachers it needs — there are many role players involved in staff planning and training, with different mechanisms, templates and systems.

The Human Resource Development Council of South Africa was established in 2010 to enable this type of coordination, as well as coordination across the economy. The council is supposed to be a high-level coordinating structure, but there are no real mechanisms to create integration or to hold the different parts of that system to account.

The Department of Higher Education and Training has attempted to develop centralised planning capacity to find better ways of identifying economy-wide priorities, as well as to improve methodologies for future-oriented planning.

The large Labour Market Intelligence Research Programme led to the development of an econometric model which is intended to forecast shifting skills needs in response to shifting changes in the economy. It is a complex model of the economy and has yet to be used.

In the interim, sectoral planning has continued. The main national planning process is the development of specific lists that categorise types of demand for skills. Both the sectoral plans and the national lists are mainly produced through the aggregation of weak employer data. These lists are based on the Organising Framework for Occupations (OFO), one of two occupational classification systems in South Africa.

Rules and tools get in the way

But employers rarely make significant updates to the definitions on the OFO. So this framework is not based on employer input, but employers are asked to report against OFO categories to the Setas. Setas then aggregate based on OFO categories which are not how jobs appear in the real world. Yet again, a complex set of “rules and tools” get in the way of meaningful analysis.

There is clearly a need to rethink the role of sector skills plans which have not been of much value. Setas as intermediaries could engage with key players in their sector, to test and engage ideas about trends identified nationally, and to facilitate a process of educational institutions working with employers. This would be part of building relationships and would be a much more qualitative process of analysing where the industry is heading.

But more fundamentally, all of the complexity described above — and this article has merely touched on it at the risk of putting the uninitiated to sleep — is based on seeing skills as something to be specified by actors in the economy, in order to be “produced” by actors in the education system.

This is what we need to move away from. Rather, education players should be embedded into economic planning processes that are focused on growing sectors of the economy. For example, where industrial planning processes exist, such as the master plan processes in some industrial sectors, policymakers from educational systems, educational providers or labour market intermediaries should be involved in these, as well as other processes around building the economy.

As a final point, we need to recognise the need to build stronger capacity in educational institutions — especially vocational education colleges — so that there are staff members who have the time and capacity to engage with employers.

Most importantly, we need to realise that there are no easy fixes. Skill formation is not something that can be fixed outside of the economy, leading to improvement in the economy. It can only be improved as part of the difficult and messy process of structural economic change. DM/MC