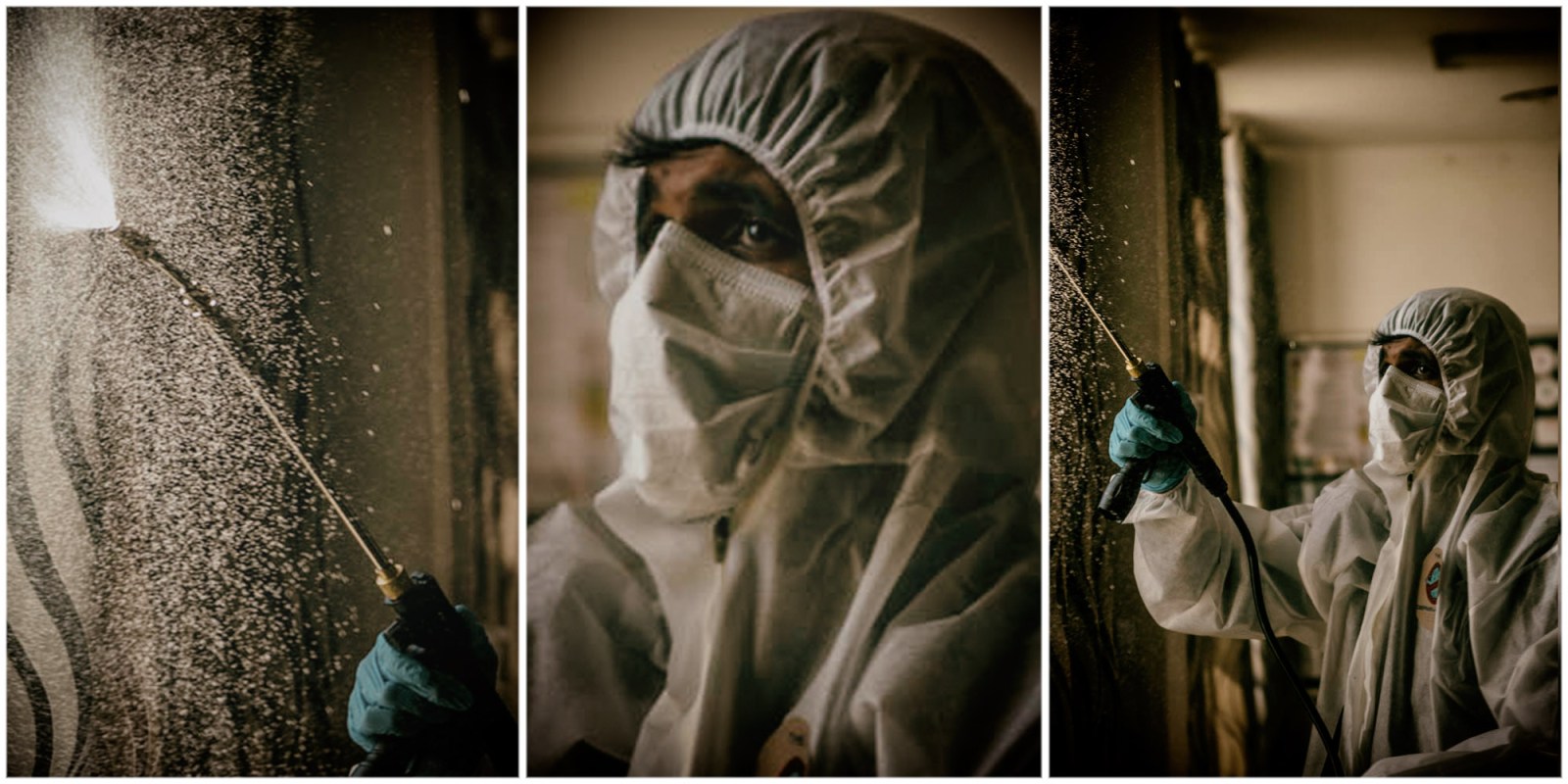 A team disinfects classrooms and offices at a school in Pretoria on 12 June 2020. (Photo: Gallo Images / Alet Pretorius)

Special Tribunal turfs out the reconsideration application by seven contractors implicated in the Gauteng schools’ Covid-19 decontamination scandal. Maverick Citizen has earlier reported that many companies awarded the contracts and listed in the Gauteng Expenditure Disclosure reports had no prior expertise or track record in sanitising or deep cleaning. The SIU’s investigations have since found that 173 of the appointed 280 contractors were not accredited on the government’s Central Supplier Database.

Investigations and legal proceedings remain on track to recoup monies linked to questionable school decontamination contracts paid by the Gauteng Department of Basic Education amounting to R431-million over three months in 2020.

The respondents primarily challenged the jurisdiction of the Special Tribunal to preside over a Special Investigating Unit (SIU) review application and also made objections on the grounds of an absence of material irregularities and lack of urgency, but all objections were rejected and dismissed by Judge Lebogang Modiba.

The review application by the SIU seeks to recoup the millions paid to the respondents, part of the 280 contracts that the Department approved between June and August 2020 to sanitise, deep clean and decontaminate schools and other Department of Education buildings.

The tribunal on 30 July was the second of three applications brought by respondents challenging the SIU’s review application that is before the Special Tribunal.

Over the past few months, Maverick Citizen has reported that many companies awarded the contracts and listed in the Gauteng Expenditure Disclosure reports had no prior expertise or track record in sanitising or deep cleaning. The SIU’s investigations have since found that 173 of the appointed 280 contractors were not accredited on the government’s Central Supplier Database.

In addition, the huge expense approved by the Department of Basic Education did not appear to match up to realities on the ground. While the expenses were justified as measures to protect teachers, staff and pupils from Covid-19 infection, school principals who spoke to Maverick Citizen in the past few months revealed that they had been issued only face masks and hand sanitisers — not the deep cleaning and decontamination that racked up the millions over the three-month period outlined in the quarterly Gauteng Expenditure Disclosure Reports.

In January 2021, the chairperson of the provincial portfolio committee on education, Matome Chiloane, had called for an independent investigation and for “heads to roll” in the department, adding: “We feel that we have been misled; when we asked questions we were told that there was no such issue up until we saw this [Gauteng Expenditure Disclosure] report.”

The SIU has submitted to the Special Tribunal that its investigations found material irregularities in the awarding of the contracts. It wants the contracts set aside and action to be brought against each contractor “for the disgorgement of profits derived from the contracts”.

Judge Modiba noted several deficiencies in the awarding of the contracts. These include that the procurement failed to meet the cost-effectiveness requirement; service providers did not submit quotations; the determination of amounts to offer a fee of R250,000 and R270,000 for primary schools, R250,000 and R290,000 for secondary schools and R250,000 to R300,000 for district offices was inconsistent with the cost factors.

The judge also said that it is “further alleged that the performance certificates signed by school principals and district offices reflect the same amount paid without reference to the nature of the work done, the duration of the work and the number of persons required to perform the work”.

Judge Modiba dismissed the application on all grounds with costs to the seven contractors listed. DM/MC